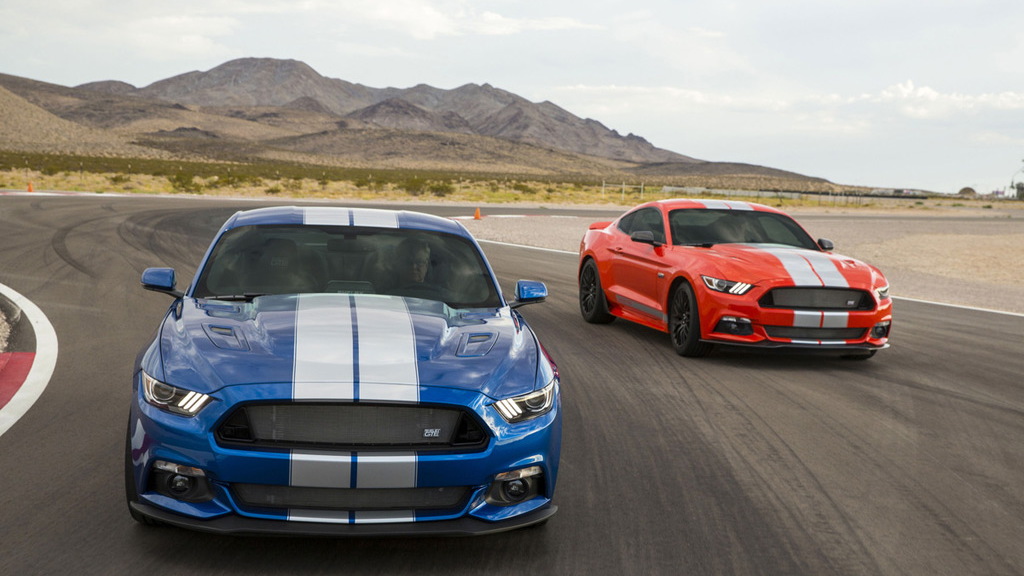 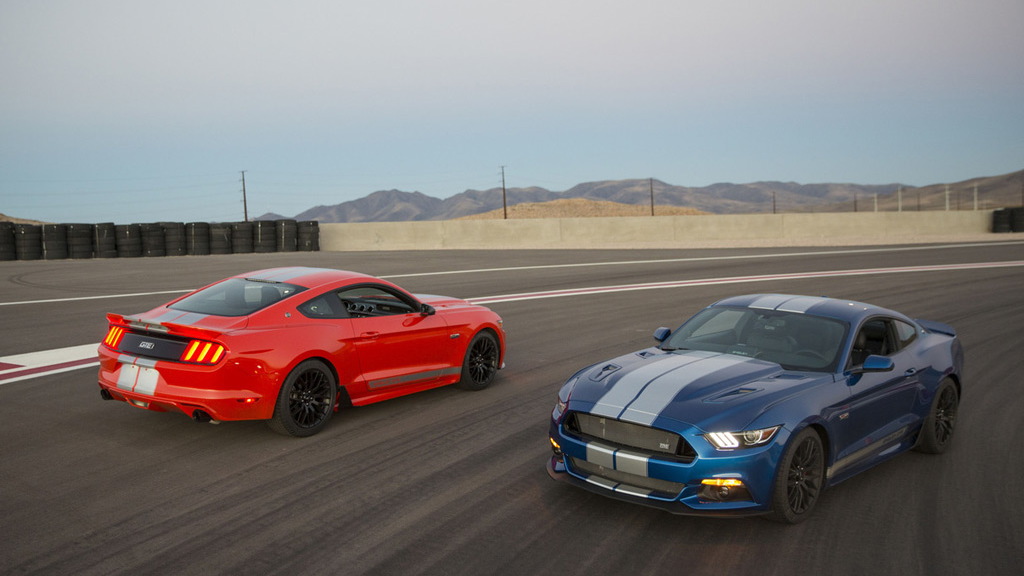 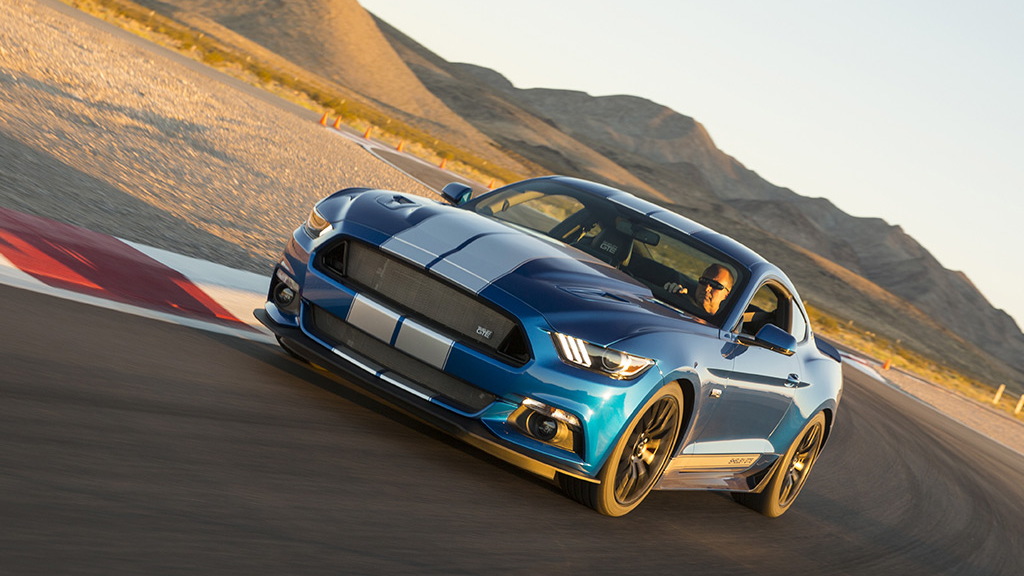 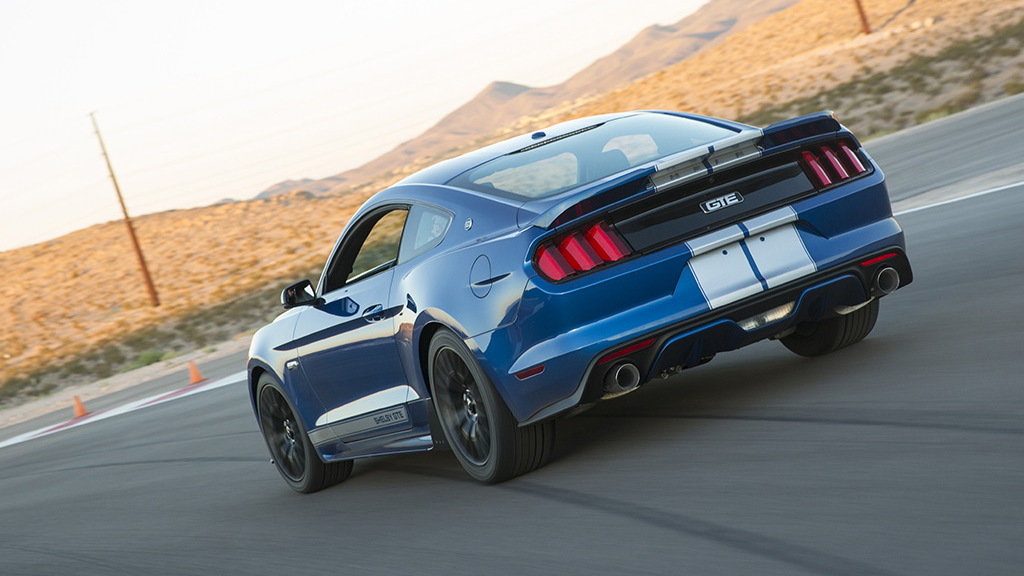 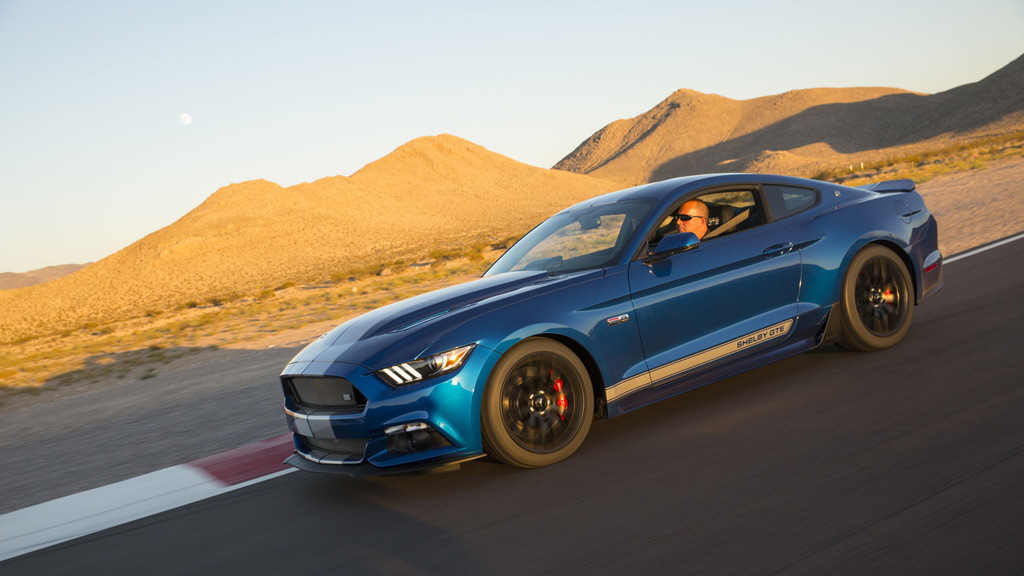 Although Ford Motor Company’s [NYSE:F] own Shelby GT350 and 350R models get most of the attention when it comes to modern Shelby Mustangs, Shelby American, the company formed by Carroll Shelby, has its own range of desirable offerings.

The latest is a model dubbed the Shelby GTE, which Shelby American is introducing for 2017. The model’s mission is to offer enthusiasts the Shelby experience for less money.

The car is related to the Shelby GT unveiled in 2015 but with many of previously standard items made available as enhancements, hence the “E” tagged onto the name. They’re listed in the Shelby Performance Parts catalog. 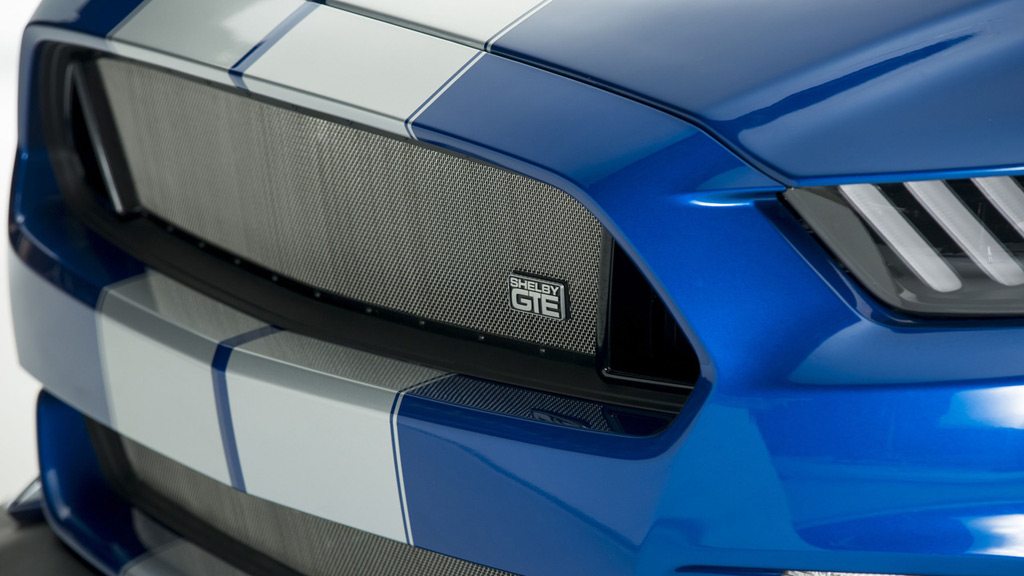 Shelby also adds a cat-back exhaust system and handling pack, plus a set of 19-inch wheels finished in matte black. On top of this, the cars also benefit from a custom hood, carbon fiber front splitter, carbon fiber rear spoiler, and Shelby logos inside and out. Crucially, the vehicles are included in the official Shelby registry.

For this standard setup you’re looking at $17,999, plus the price of the donor vehicles. That figure can be inflated quickly by the long list of enhancements on offer, though.

Shelby American introduced the Shelby GTE at Indianapolis Motor Speedway during the Mustang Club of America’s 40th anniversary celebration, which ran from September 1-4.

“The Shelby GTE can be easily tailored for the road or the track, or even both,” Shelby American Vice President Gary Patterson said in a statement. “And with our full range of Shelby performance parts, the possibilities are endless.”