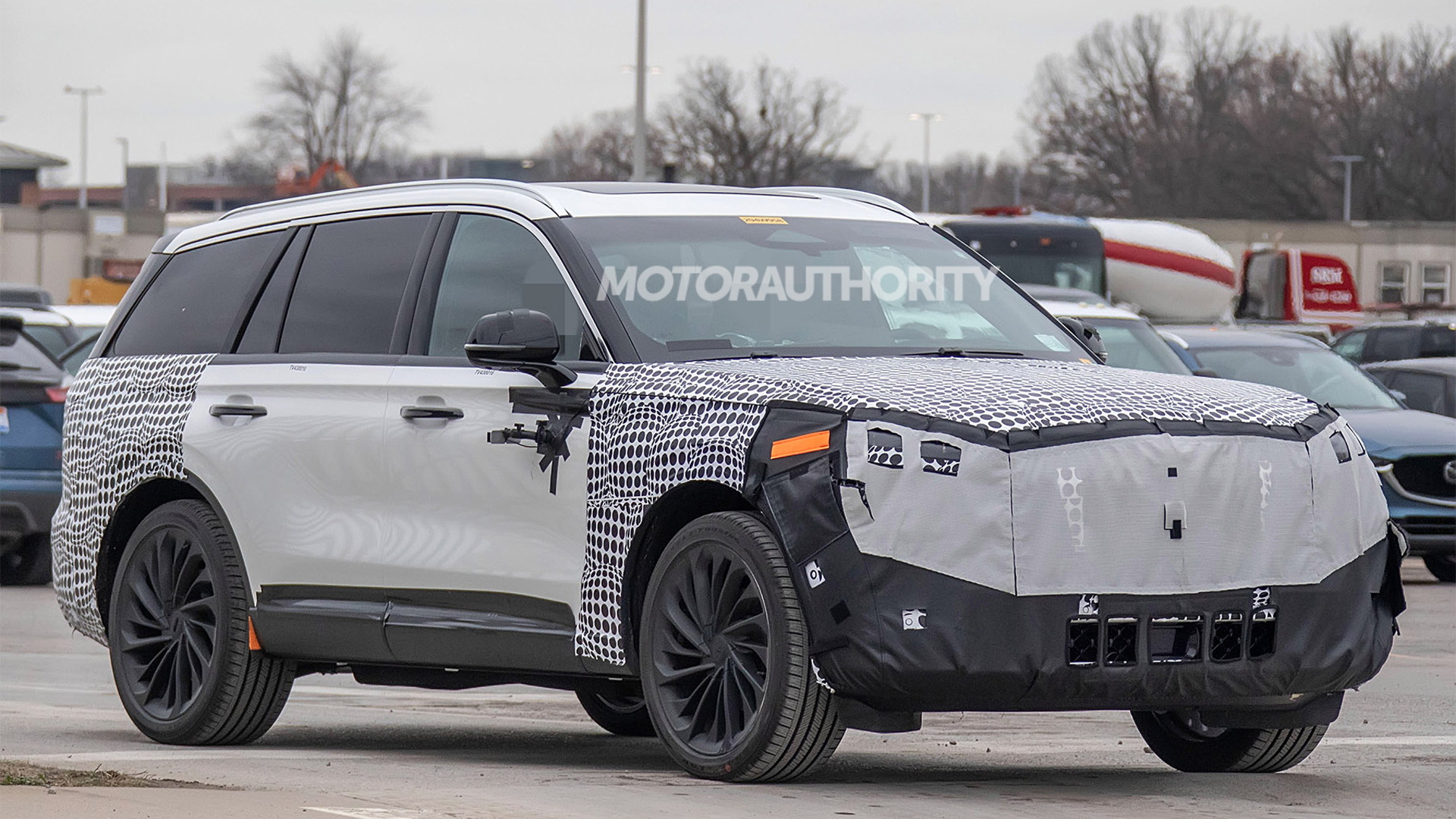 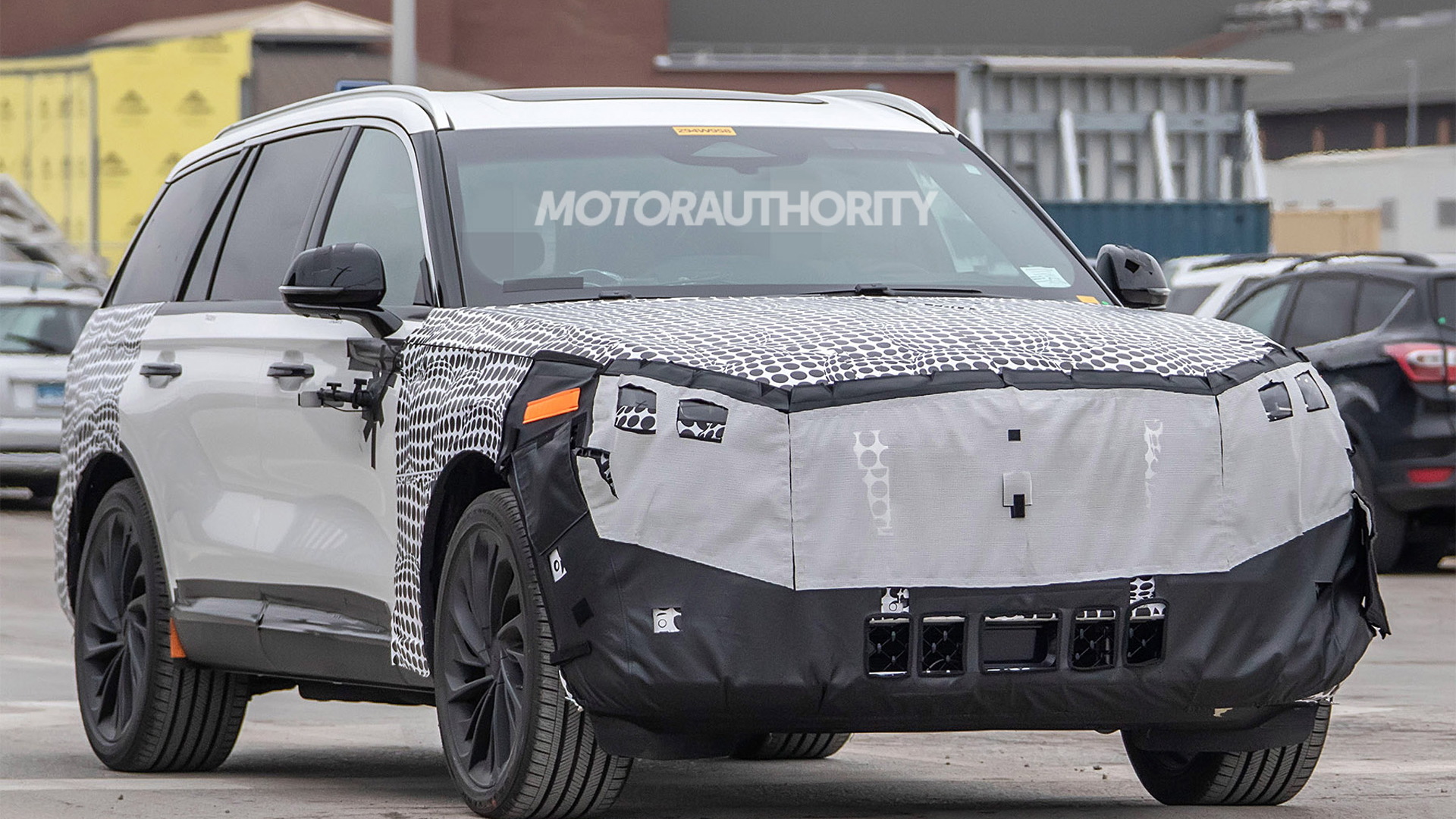 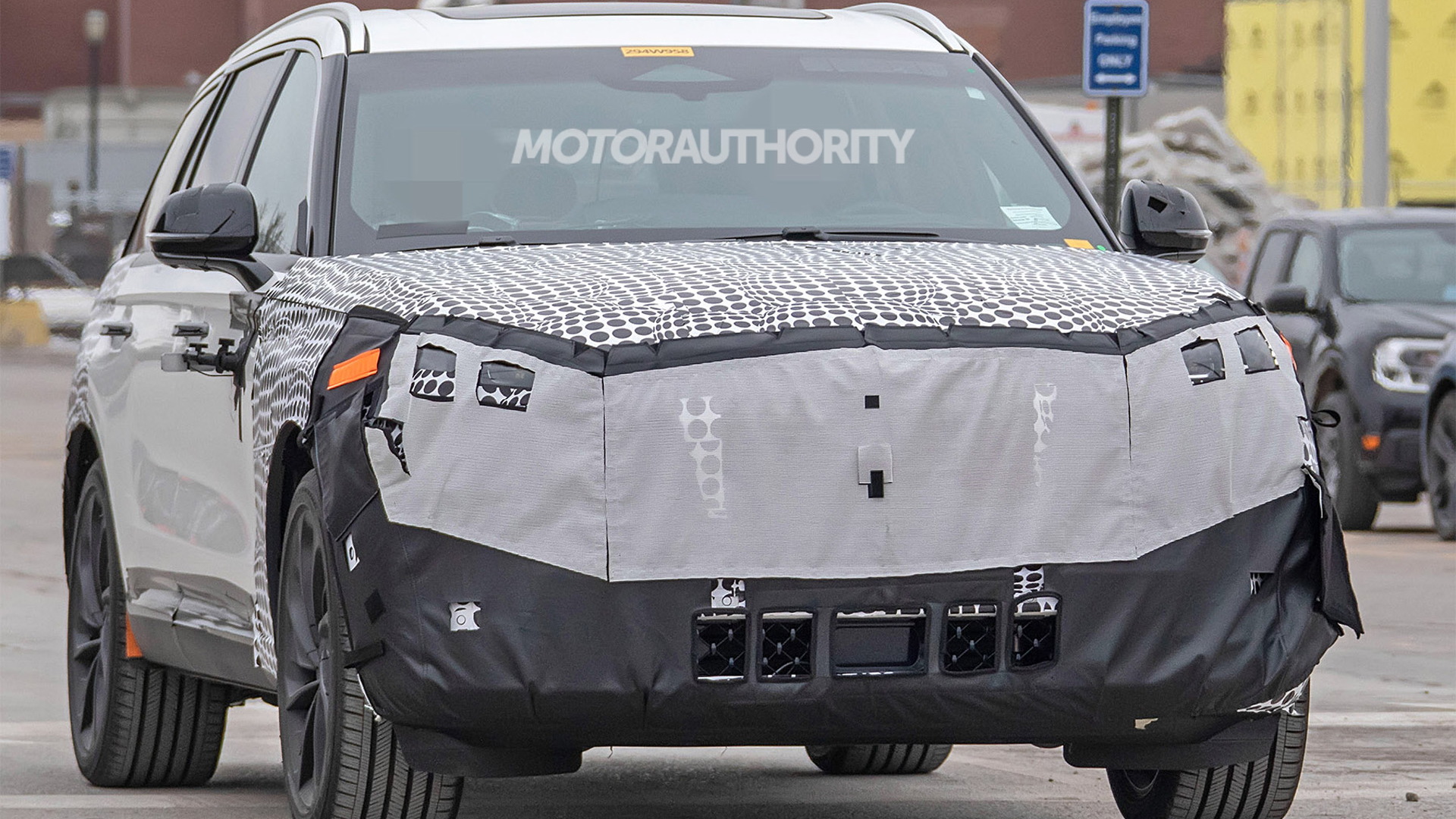 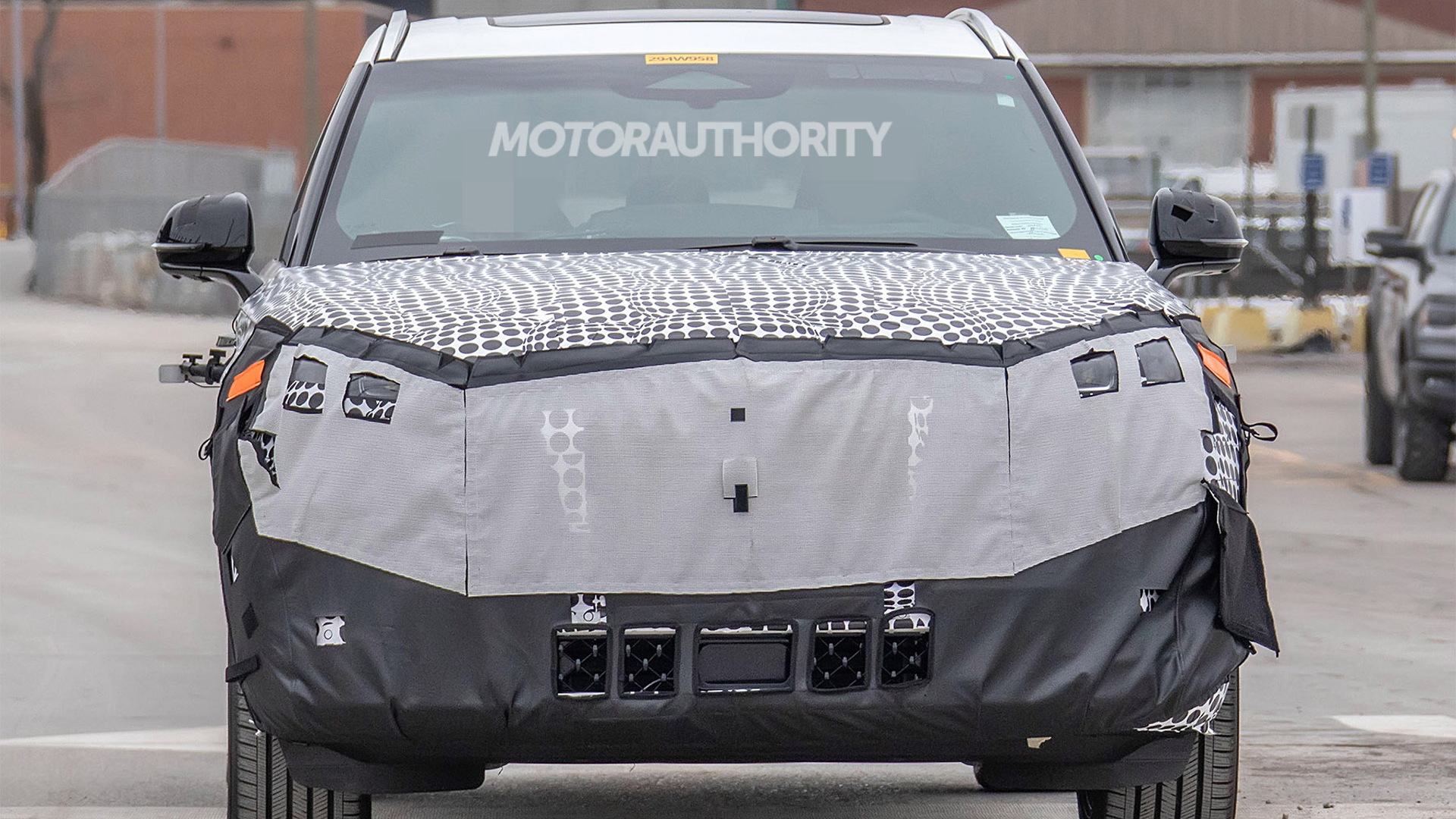 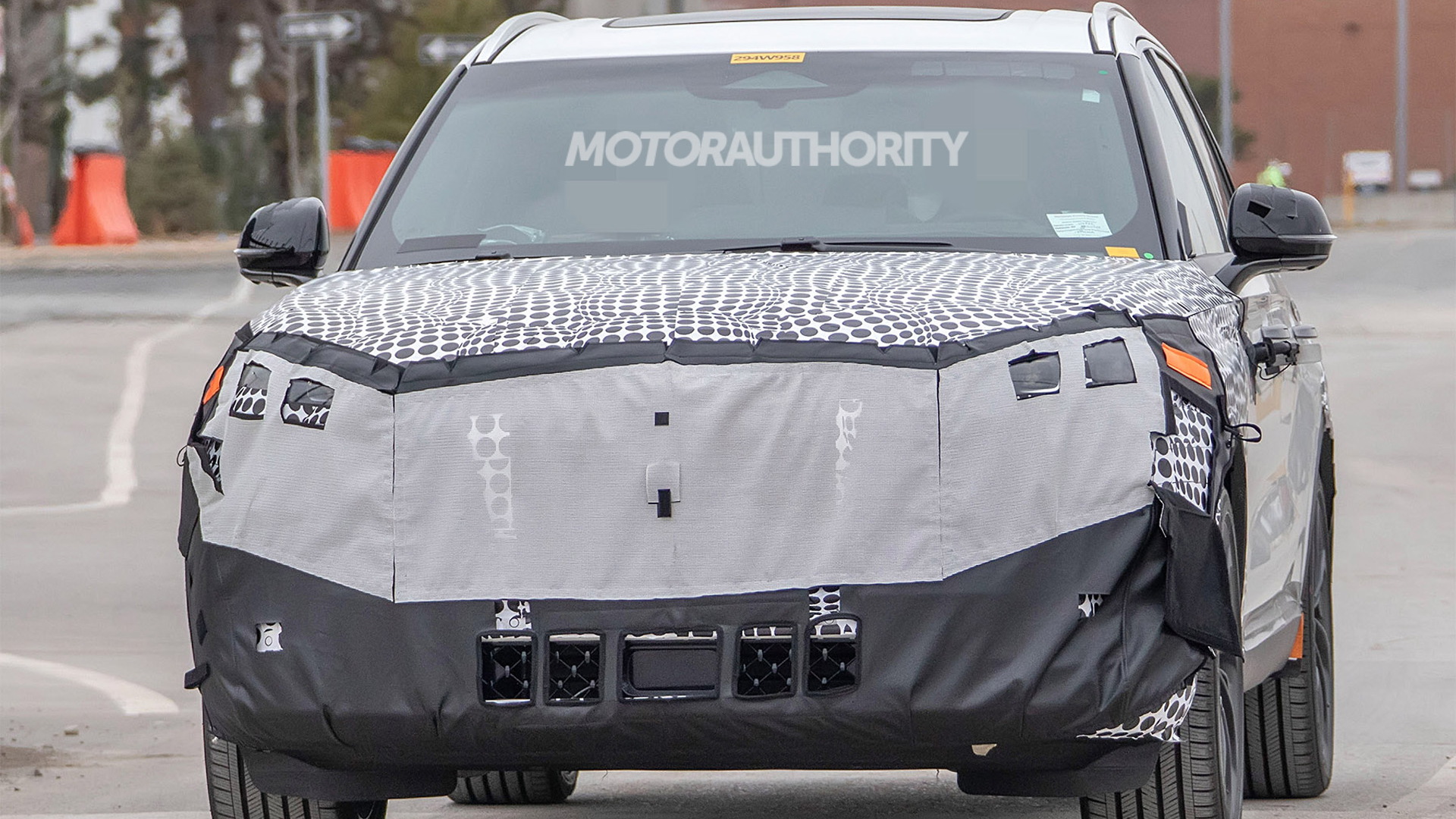 The Lincoln Aviator will soon receive its first major update since the current generation of the mid-size luxury SUV went on sale for the 2020 model year.

A prototype for the updated version has been spotted ahead of a likely debut late this year or early next, most likely as a 2024 model year.

The prototype points to minor styling tweaks front and rear. The new face of the updated Aviator has been partially revealed thanks to a graphic depicting the vehicle on the infotainment screen seen in some of the shots. A key feature is a chrome strip or possible light bar joining the daytime running lights of the headlights, a motif Lincoln previewed last year on its Star concept.

The interior is also set to receive various tweaks, including a bigger infotainment screen that now spans the width of the center stack. The controls in the lower section of the center stack and center console have also been redesigned and now appear bigger, particularly for the push-button gear selector.

The prototype also has some makeshift cameras mounted to the front doors, as well as new sensors in the front fascia. These features are potentially being used to test a more advanced version of Lincoln's ActiveGlide driver-assist feature.

It's likely some of the technology debuting in the updated Aviator will filter across to the SUV's Ford cousin, the Explorer. Ford is yet to mention any updates for its Explorer, though the version unique to the Chinese market was given a major update last year.

It isn't clear what changes are pegged for the Aviator's powertrains, though more power or improved efficiency are possibilities. Most versions come with a twin-turbo 3.0-liter V-6 producing 400 hp and 415 lb-ft of torque. The Aviator Grand Touring plug-in hybrid pairs an electric motor with the V-6 for a combined 494 hp and 630 lb-ft.

Electric versions of both the Aviator and Explorer are also in the works. They will use a new dedicated EV platform Ford announced in 2021, and are expected to arrive for the 2025 model year. They will also likely feature unique styling treatments to help further differentiate them from their gas-powered counterparts.