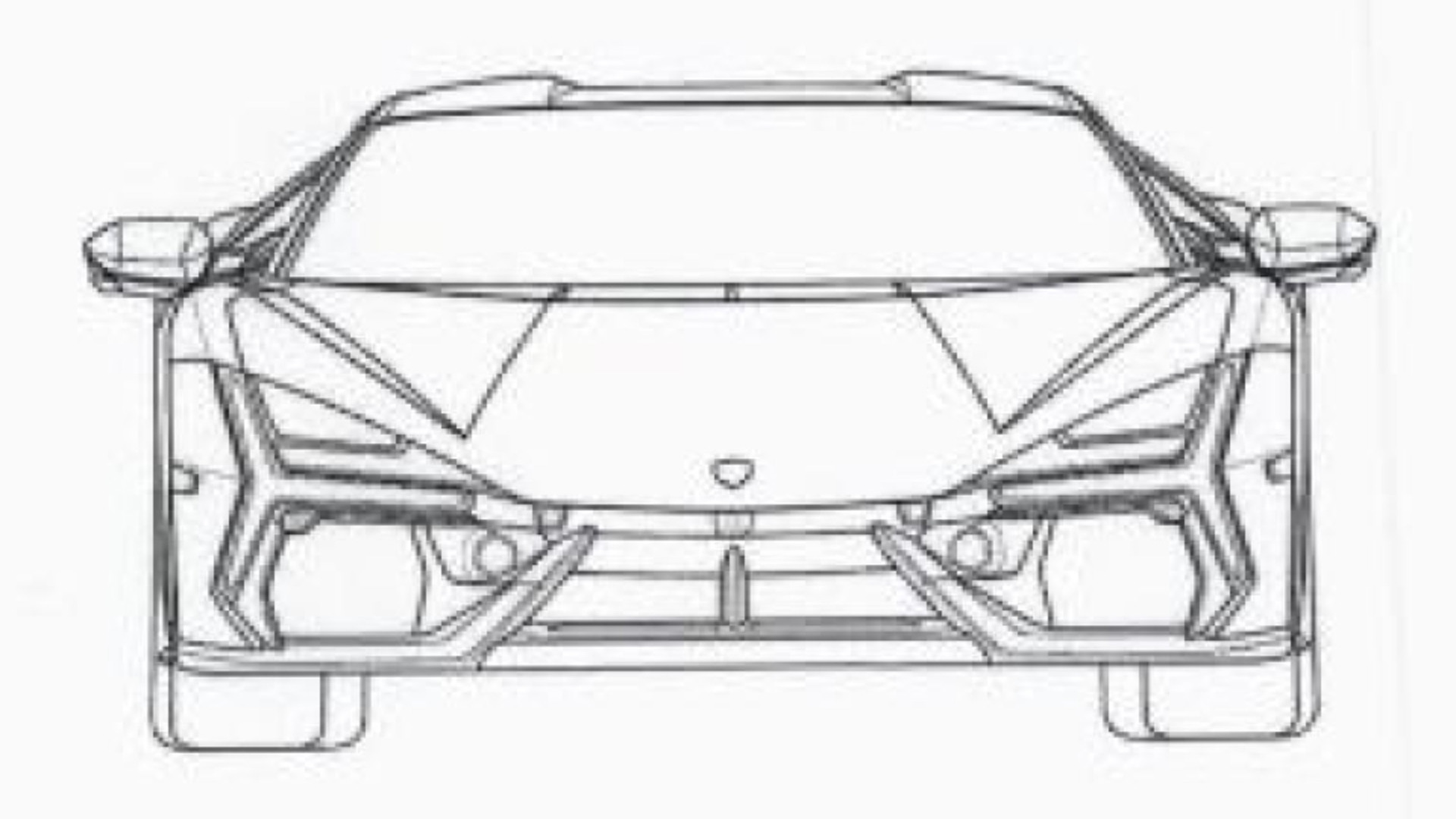 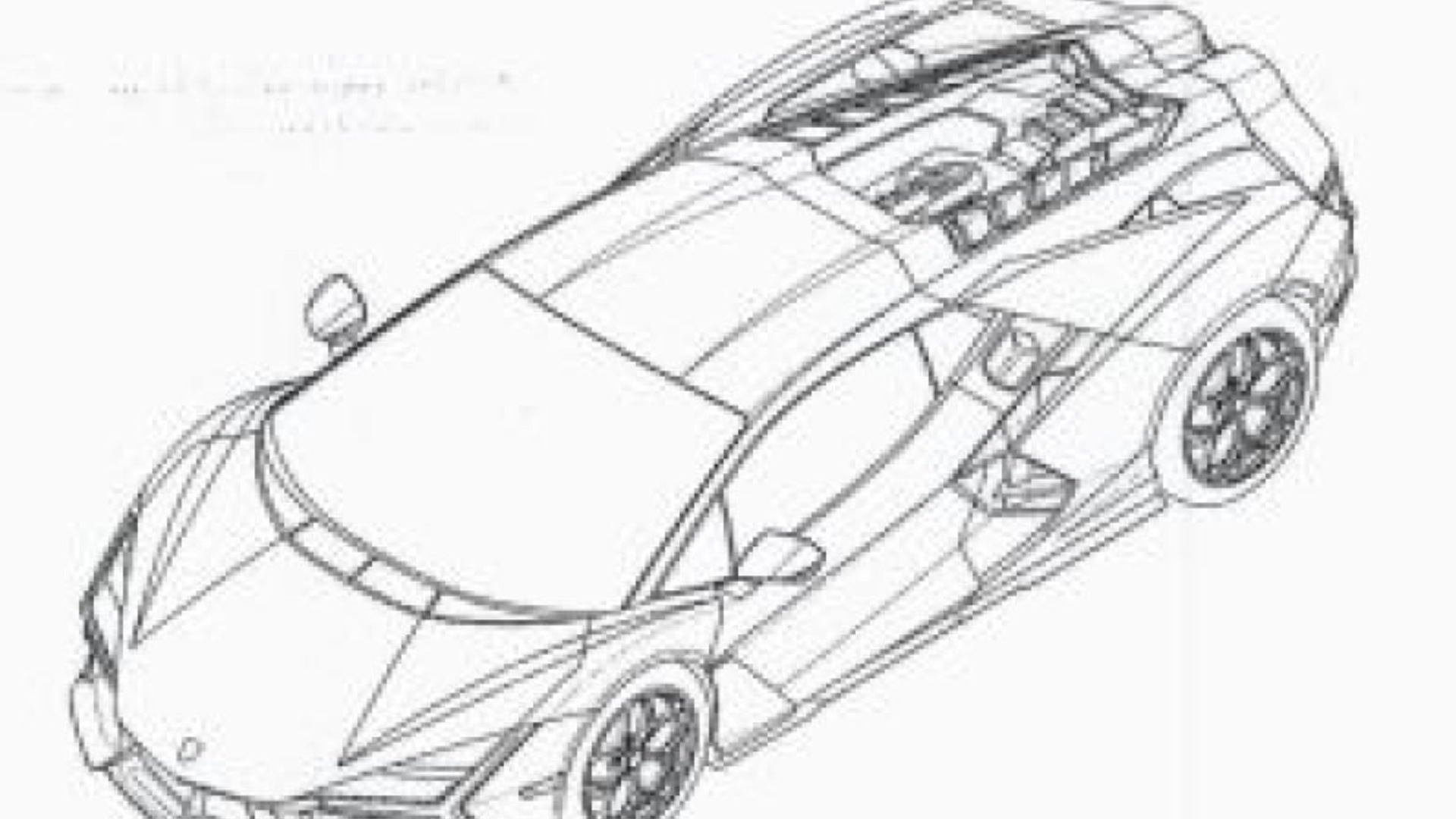 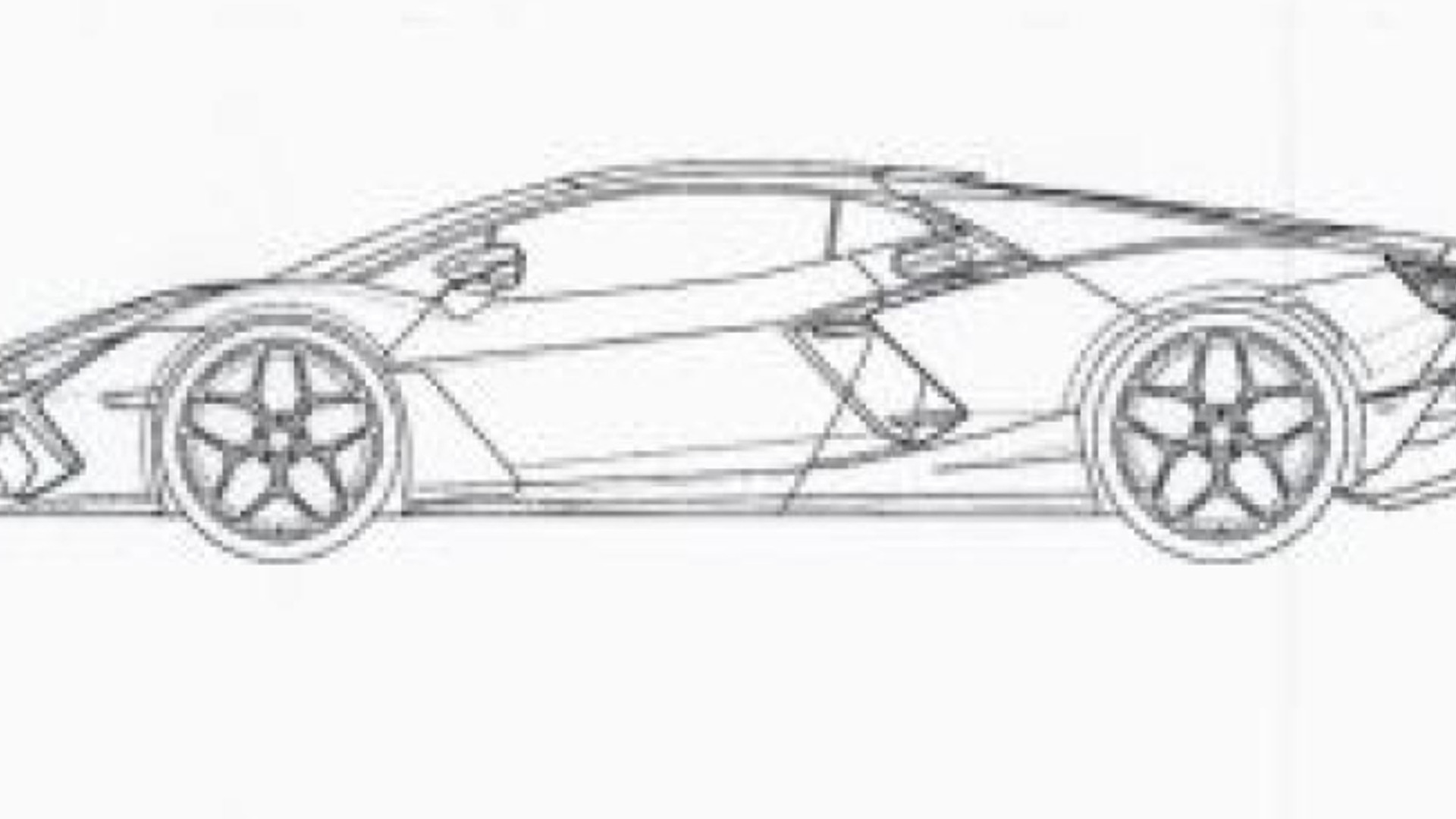 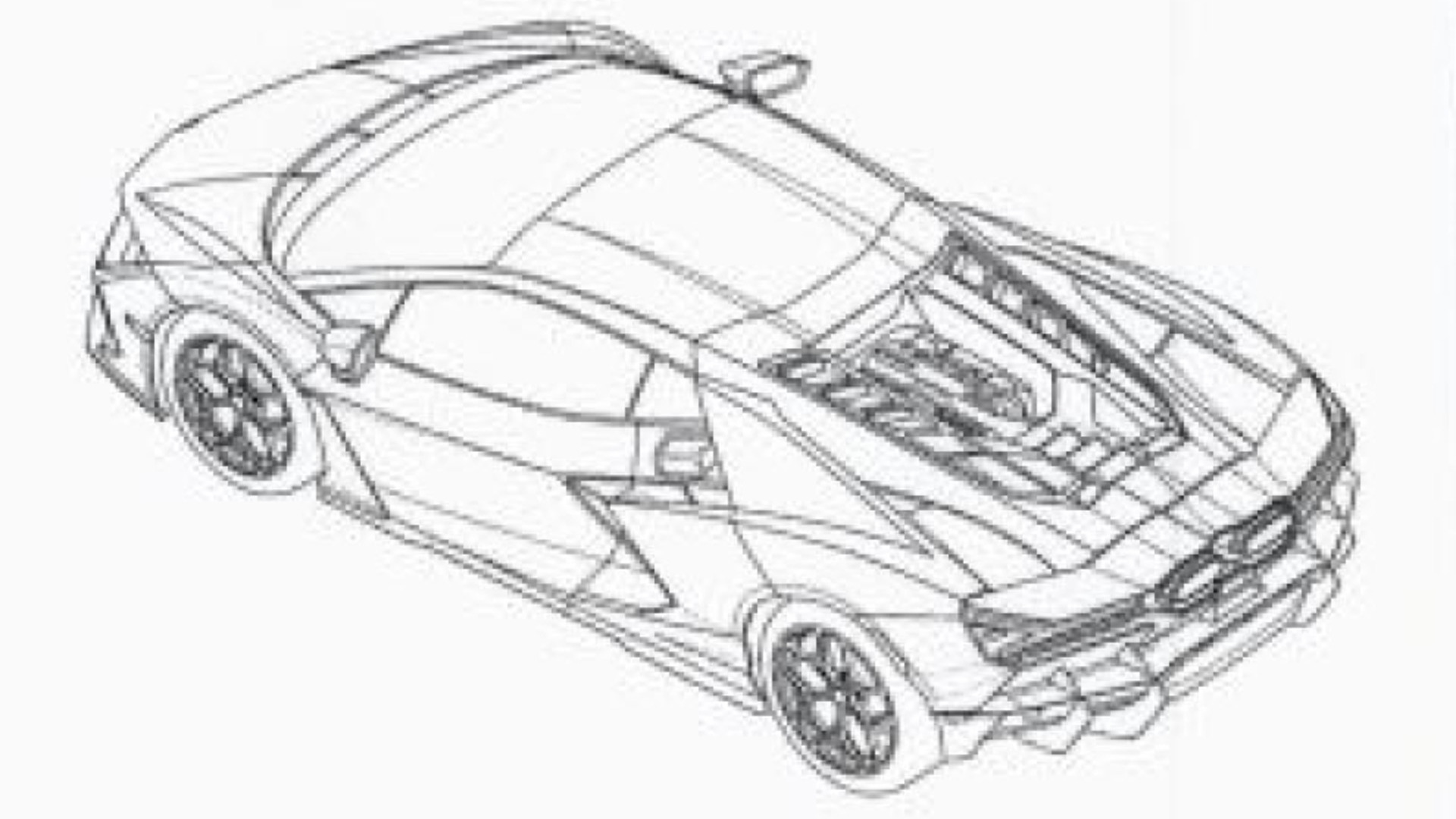 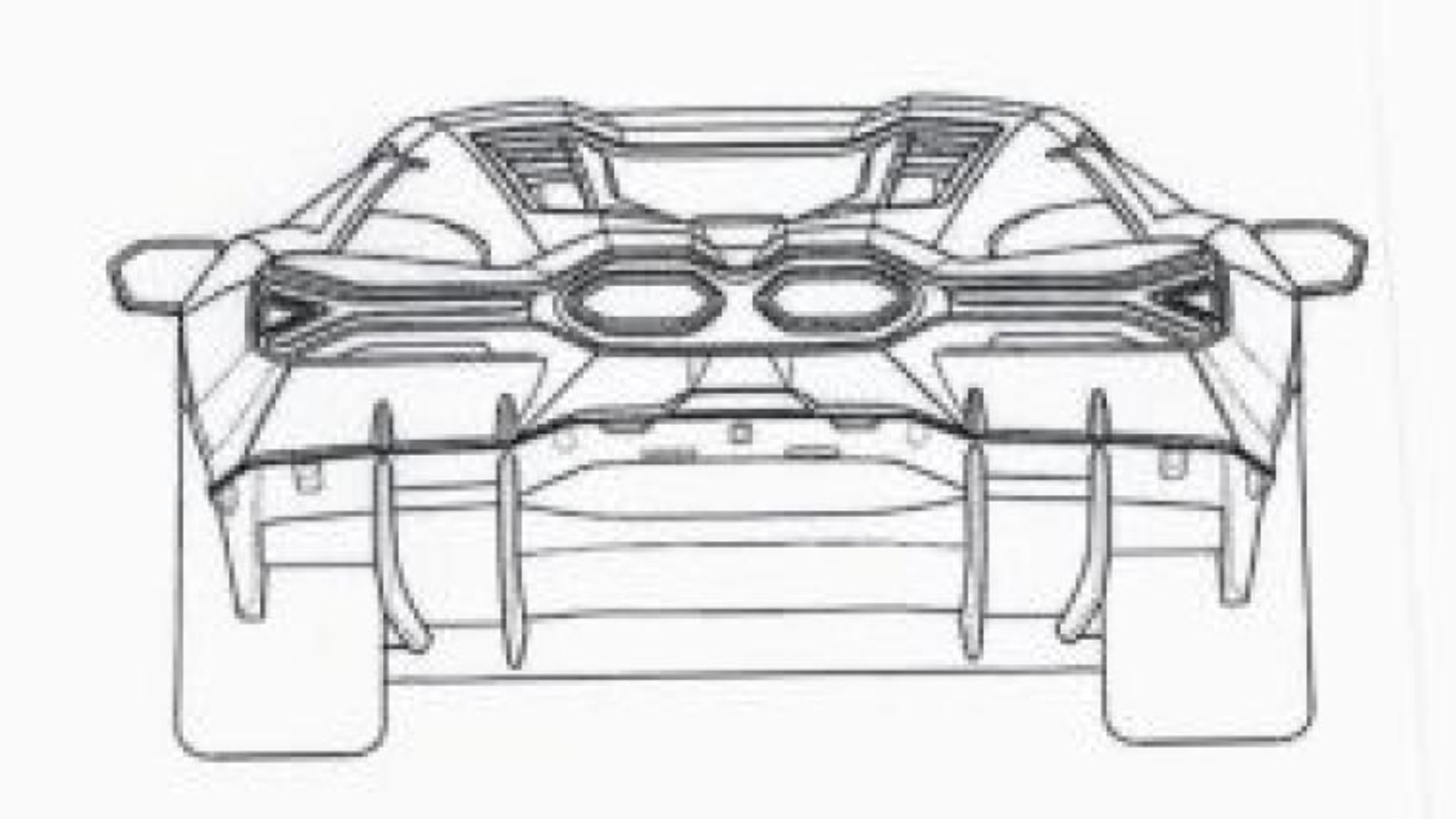 It appears the Lamborghini electrified V-12 supercar set to replace the Aventador has been revealed early.

Motor1 has discovered patent drawings filed by Lamborghini last November with the World Intellectual Property Organization, for a supercar that's likely to be the Aventador successor due out later this year.

Information included with the patent lists Mitja Borkert, Lamborghini's current design chief, as the designer of the car in the drawings.

Many of the details also match elements seen on prototypes for the Aventador successor, such as the heavy cut lines of the hood, the position of the headlights, the lines of the side blades, and the Y-shaped taillights.

The design appears to be influenced by the Terzo Millennio, a 2017 concept that shares many of the elements shown here.

Judging by the shape of the cabin and windows, the Aventador successor likely shares the carbon-fiber tub that debuted in the Aventador. This makes sense given the investment Lamborghini has made in an entirely new powertrain for the car.

Power will come from a V-12-based plug-in hybrid system, and Lamborghini CEO Stephan Winkelmann in 2021 confirmed the V-12 will be a new unit, just the third in Lamborghini's history. It will still be naturally aspirated, though the displacement may be lowered compared to the current 6.5-liter V-12 in a quest to reduce emissions.

As for the hybrid element, Lamborghini's former head of R&D, Maurizio Reggiani, said in a 2018 interview keeping weight down is the main challenge. Even the lightest solutions are expected to add hundreds of pounds to the curb weight. Another issue is conforming to potential emissions rules in some countries or regions that may require a minimum electric range; a solution would be a small all-electric driving range.

Whatever the case, combined output should be higher than the 769 hp the Aventador Ultimae, the final Aventador variant, and Lamborghini's last V-12 road car sans electrification or turbocharging.

Beyond the powertrain, expect the Aventador successor to feature all-wheel drive, rear-wheel steering, and active aerodynamics.