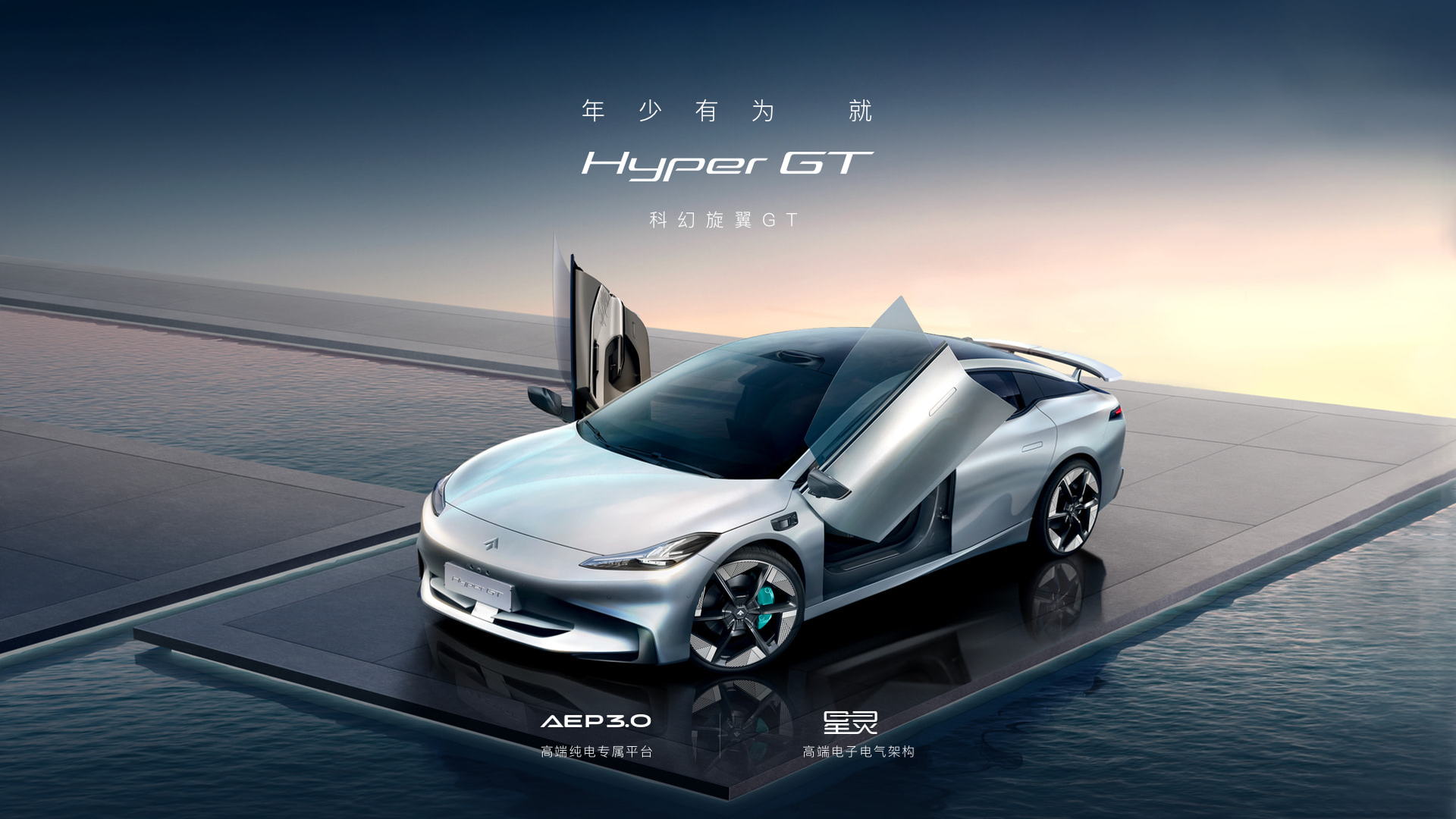 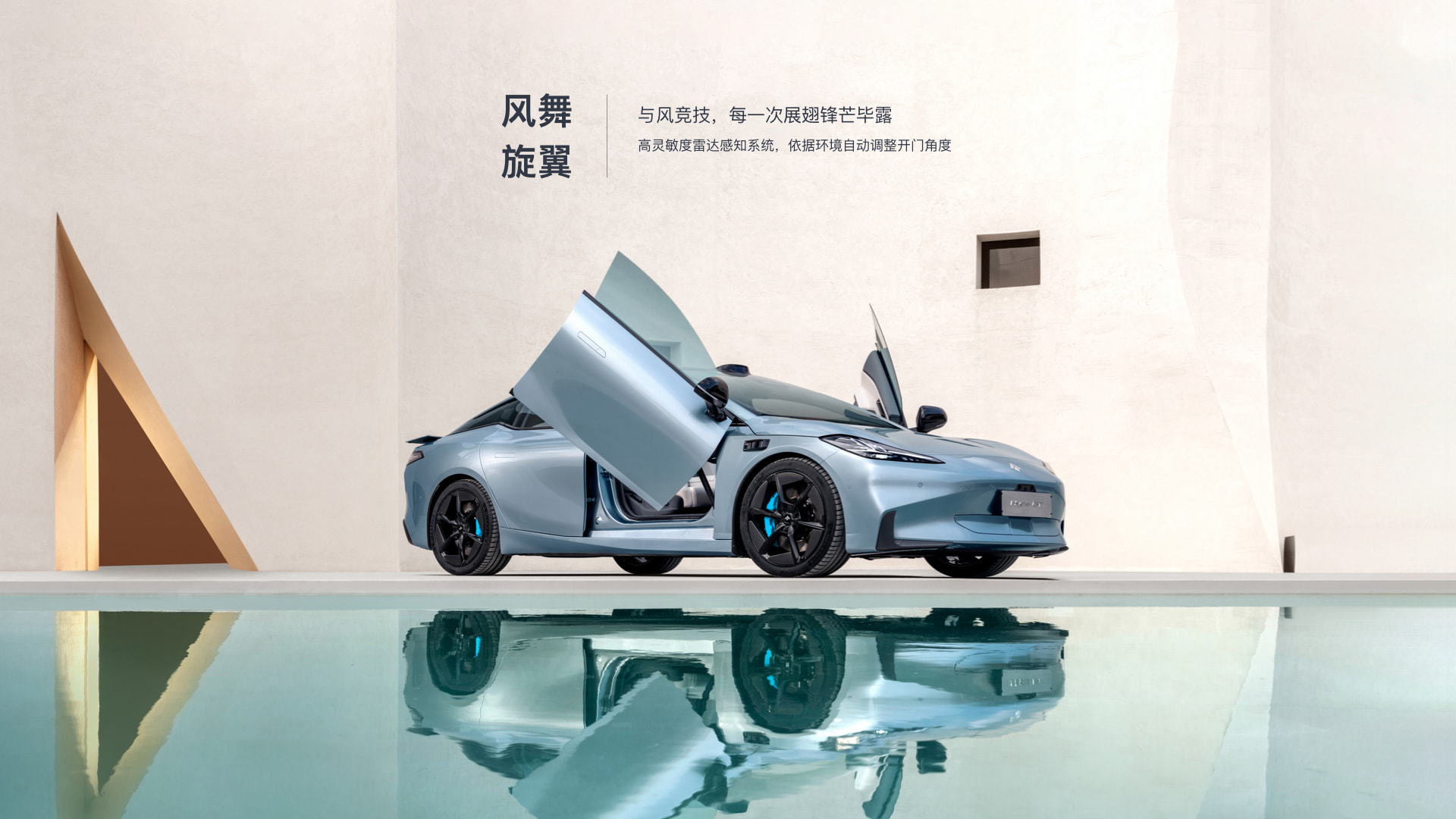 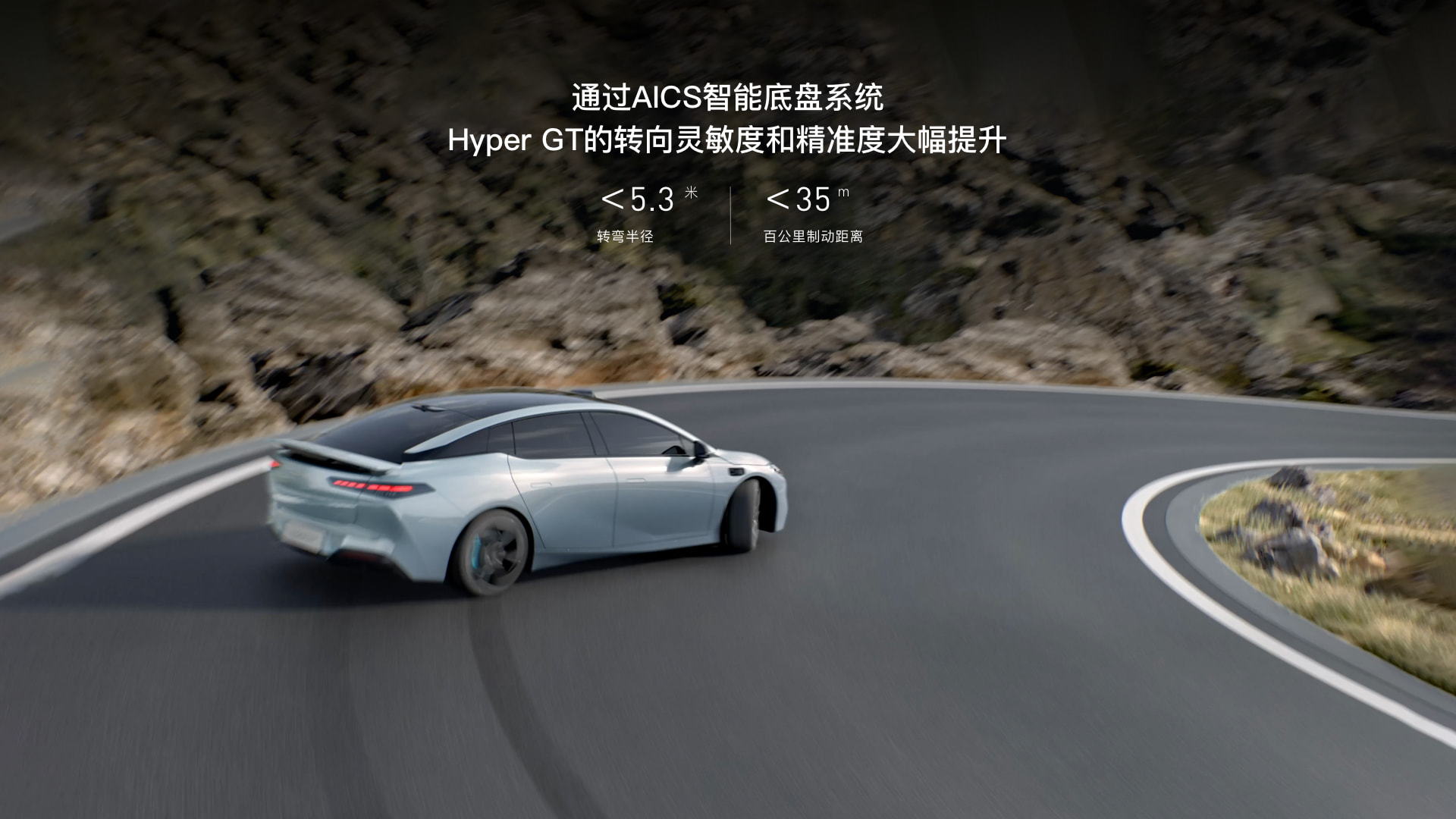 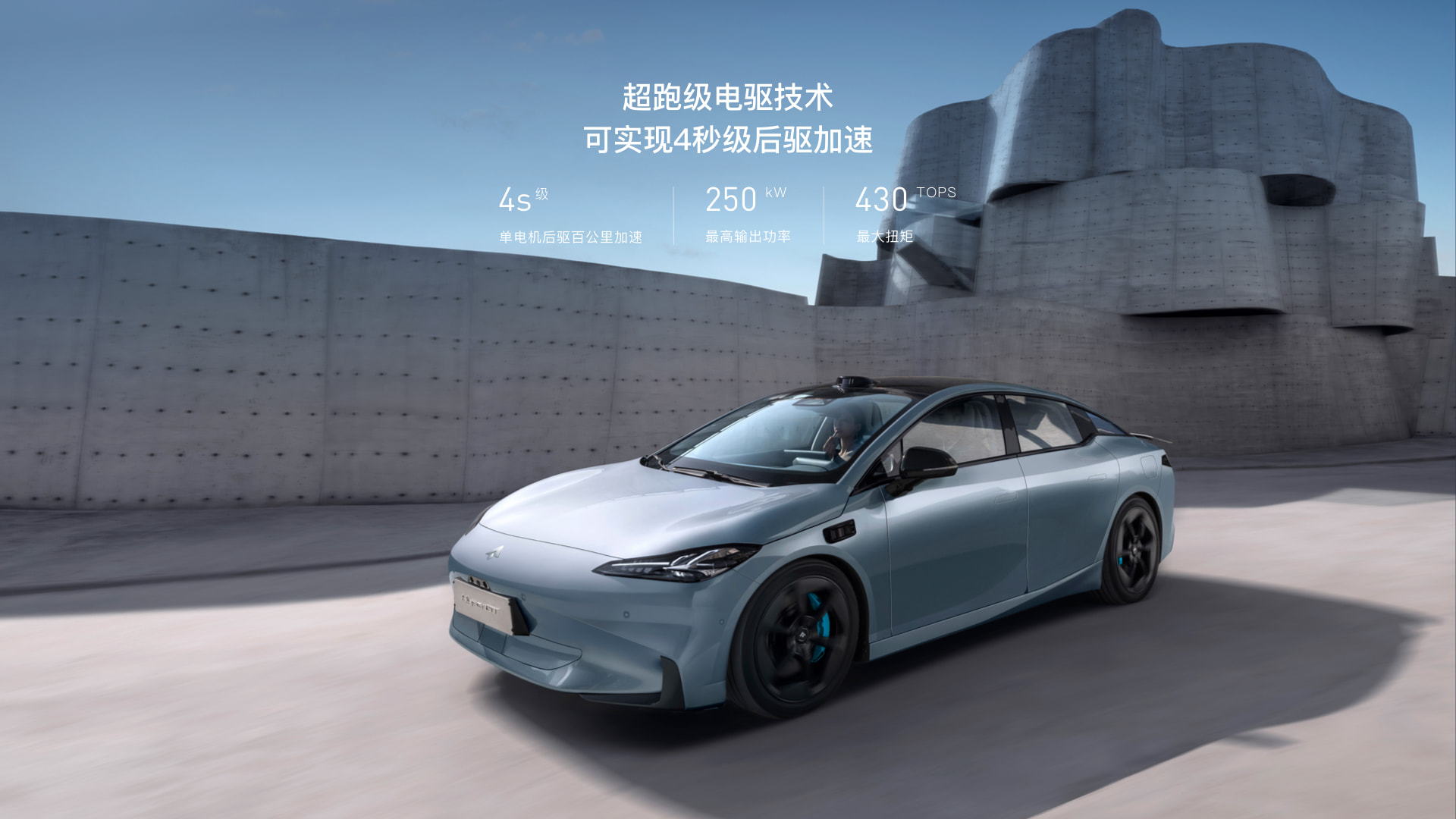 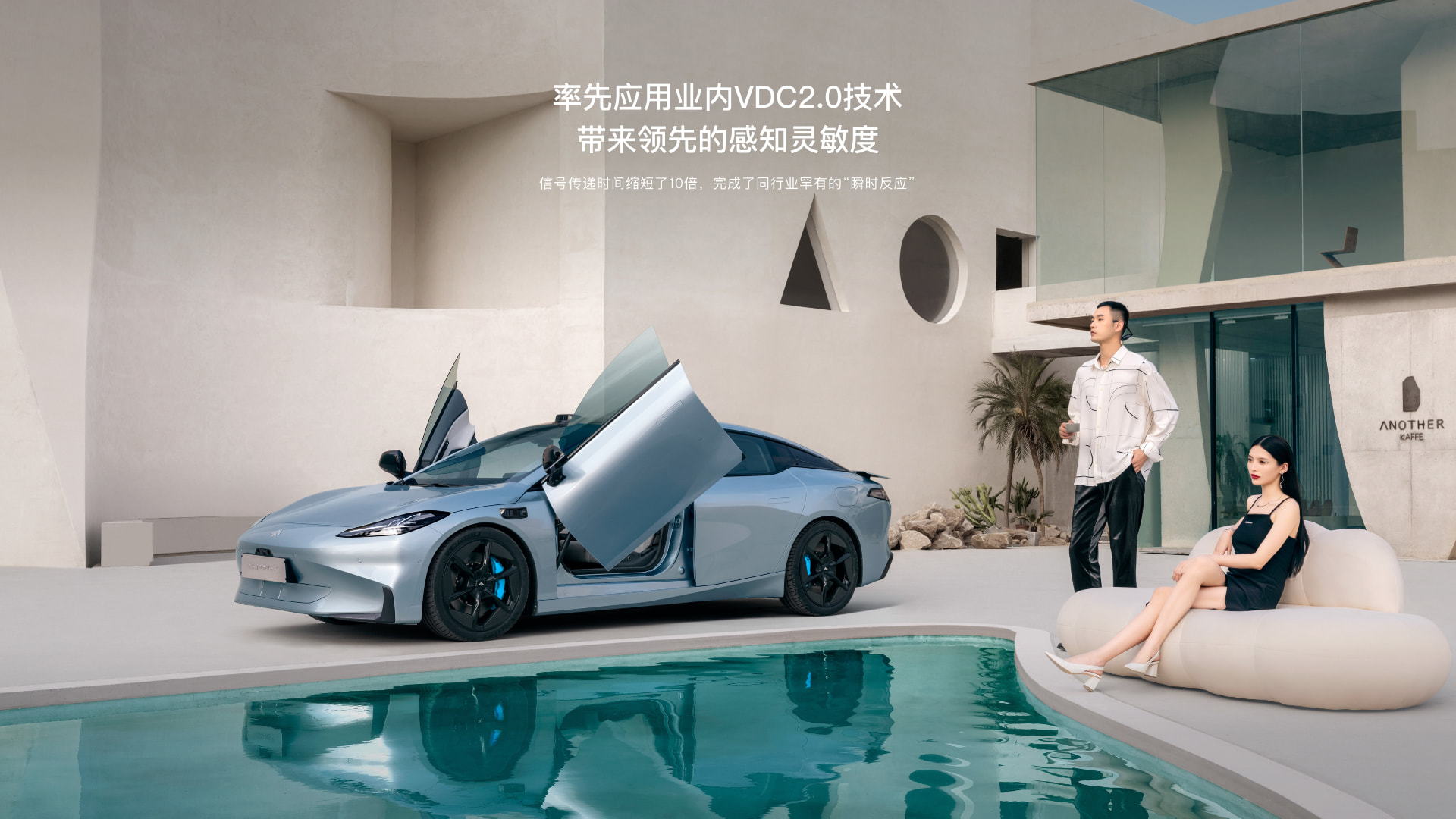 Aion, the EV brand of China's GAC Group, used the 2022 Guangzhou auto show to present the second model in its new Hyper sub-brand for premium vehicles.

The new model is the Hyper GT, a sleek sedan based on Aion's next-generation AEP 3.0 EV platform, and due on sale in China in 2023.

It joins the Hyper SSR hypercar unveiled by Aion in September, and also due on sale in China in 2023.

The Hyper GT features supercar-style vertical doors up front and a sleek body claimed to deliver a drag coefficient of only 0.19. That beats the Mercedes-Benz EQS and Tesla Model S, both of which have a 0.20 Cd rating, though the Lightyear 0 still holds the production car record with its 0.175 Cd rating.

Less drag means improved range, and according to Aion, the Hyper GT should deliver a range of more than 300 miles. Only the one powertrain configuration has been announced: a single motor at the rear axle, rated at a maximum 335 hp and 320 lb-ft of torque.

Those numbers, while nothing special in the world of EVs, will still allow the Hyper GT to sprint to 60 mph from rest in around four seconds, according to Aion. A dual-motor powertrain is planned, along with a performance powertrain option and a hatchback body style.

The Hyper GT also features close to 40 sensors, including lidar. Aion said one configuration will have three lidar sensors built in, though the company didn't say whether there will be a self-driving system to take advantage of the lidar sensors' capabilities.

The Guangzhou auto show runs from Dec. 30, 2022 to Jan. 8, 2023. The show was originally scheduled for November but was postponed due to Covid restrictions.