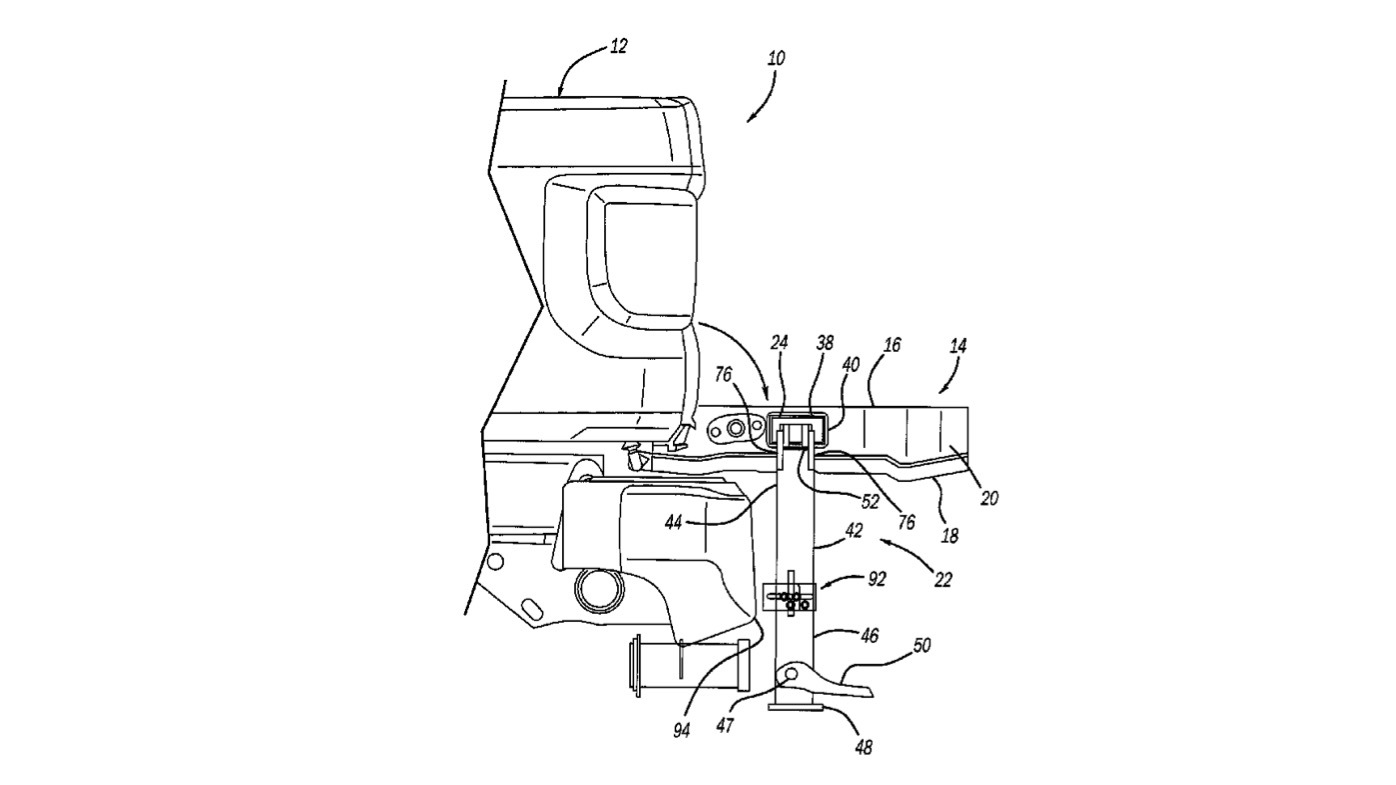 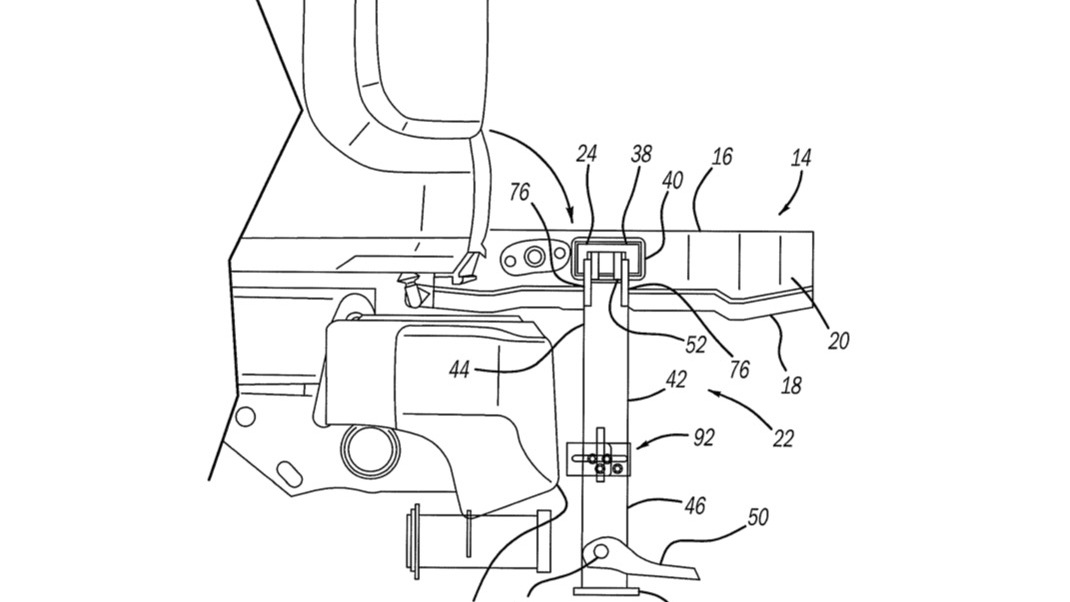 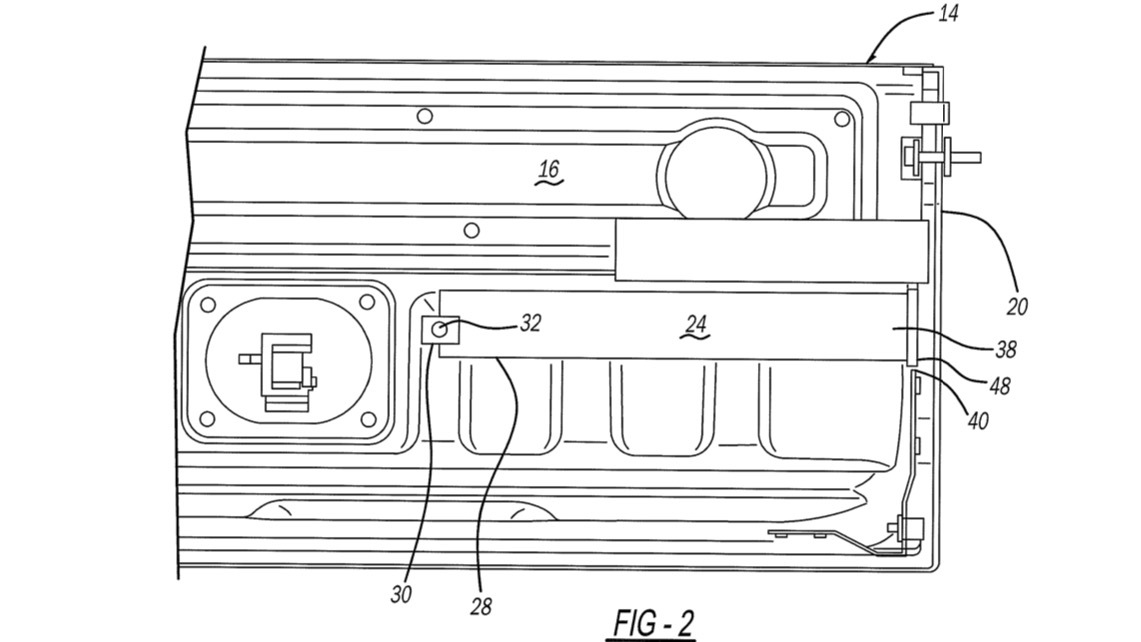 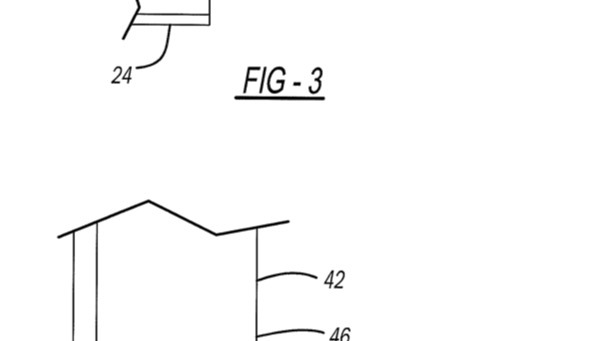 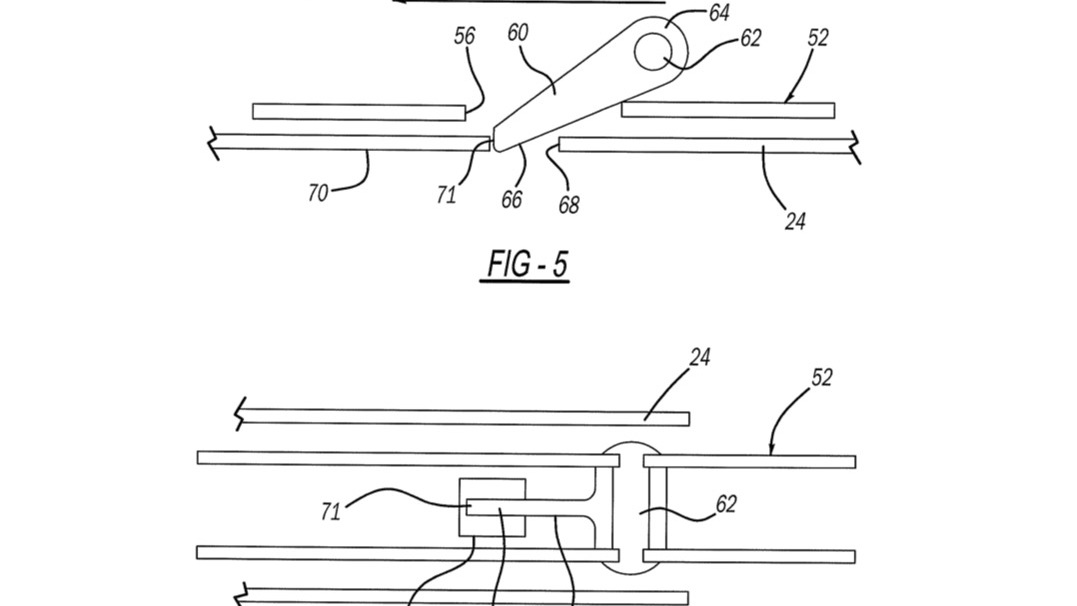 Stellantis has filed a patent application for a retractable tailgate side step to make accessing the beds of pickup trucks easier.

Filed with the United States Patent and Trademark Office (USPTO), the application shows a mechanism that slides out and down from the tailgate. When deployed, it hangs down just ahead of the rear bumper on one side of the tailgate. An attached step can be used to get to the bed.

Stellantis isn't the first automaker to come up with this idea, however. Ford has offered retractable steps on its F-Series pickups for some time, although they deploy from the back of an open tailgate, not the sides. General Motors offers a simpler solution in the form of molded-in steps on the rear-bumper sides of its Chevrolet Silverado and GMC Sierra trucks, with a more elaborate version as part of Chevy's Multi-Flex and GMC's MultiPro tailgates.

Rivian earlier this year filed a patent application for a tailgate step of its own. The EV truck maker's design has the center section of the tailgate drop down to create a step. Rivian hasn't discussed plans for a production version, however.

Stellantis' Ram division currently lacks an equivalent feature, so perhaps this is how the automaker plans to achieve parity with its Detroit rivals (and potentially Rivian) in the tailgate-step category. As with all patent applications, however, Stellantis hasn't confirmed plans to offer the tailgate side step on a production vehicle. It may just want to reserve the concept for possible future use.