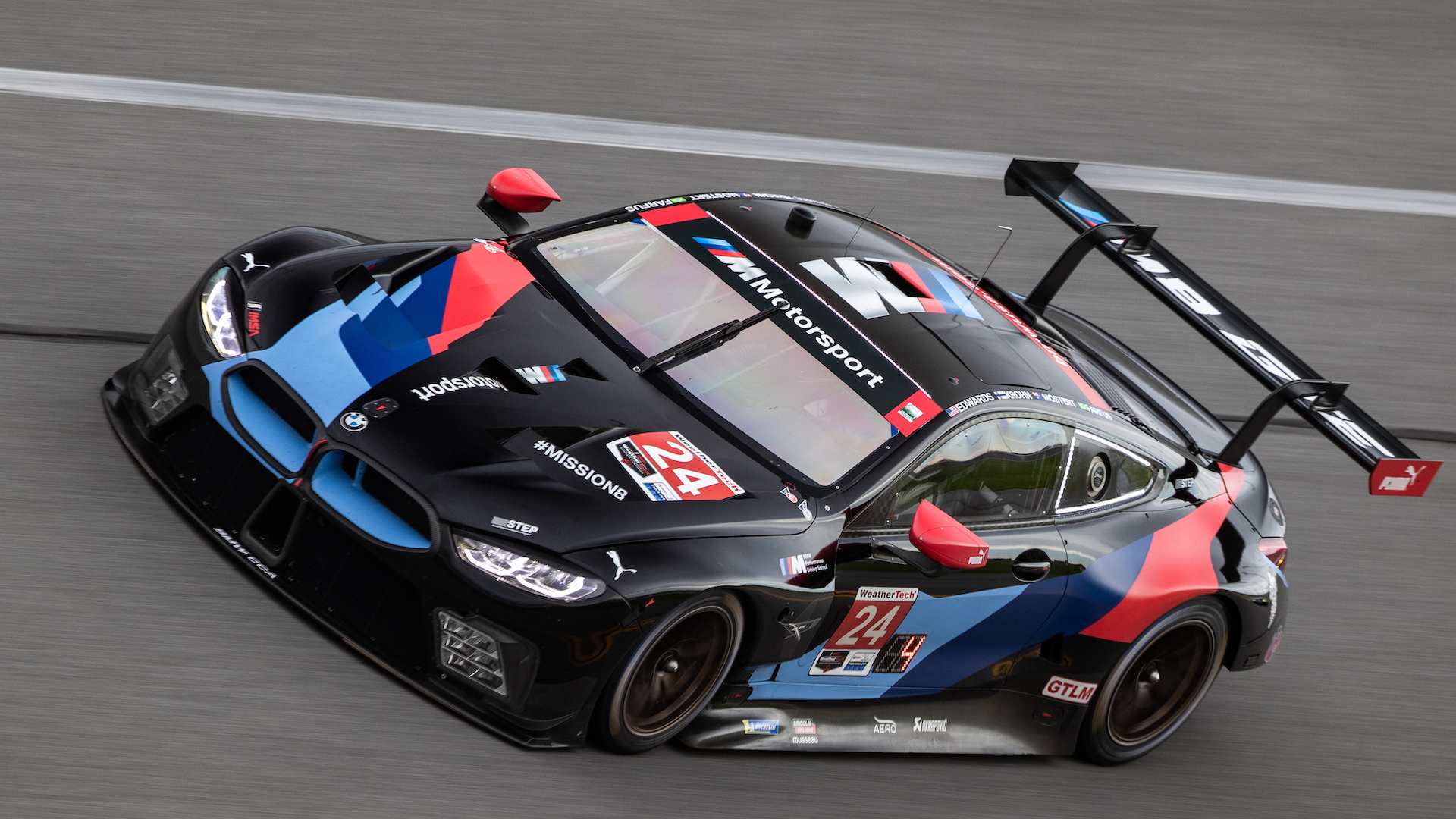 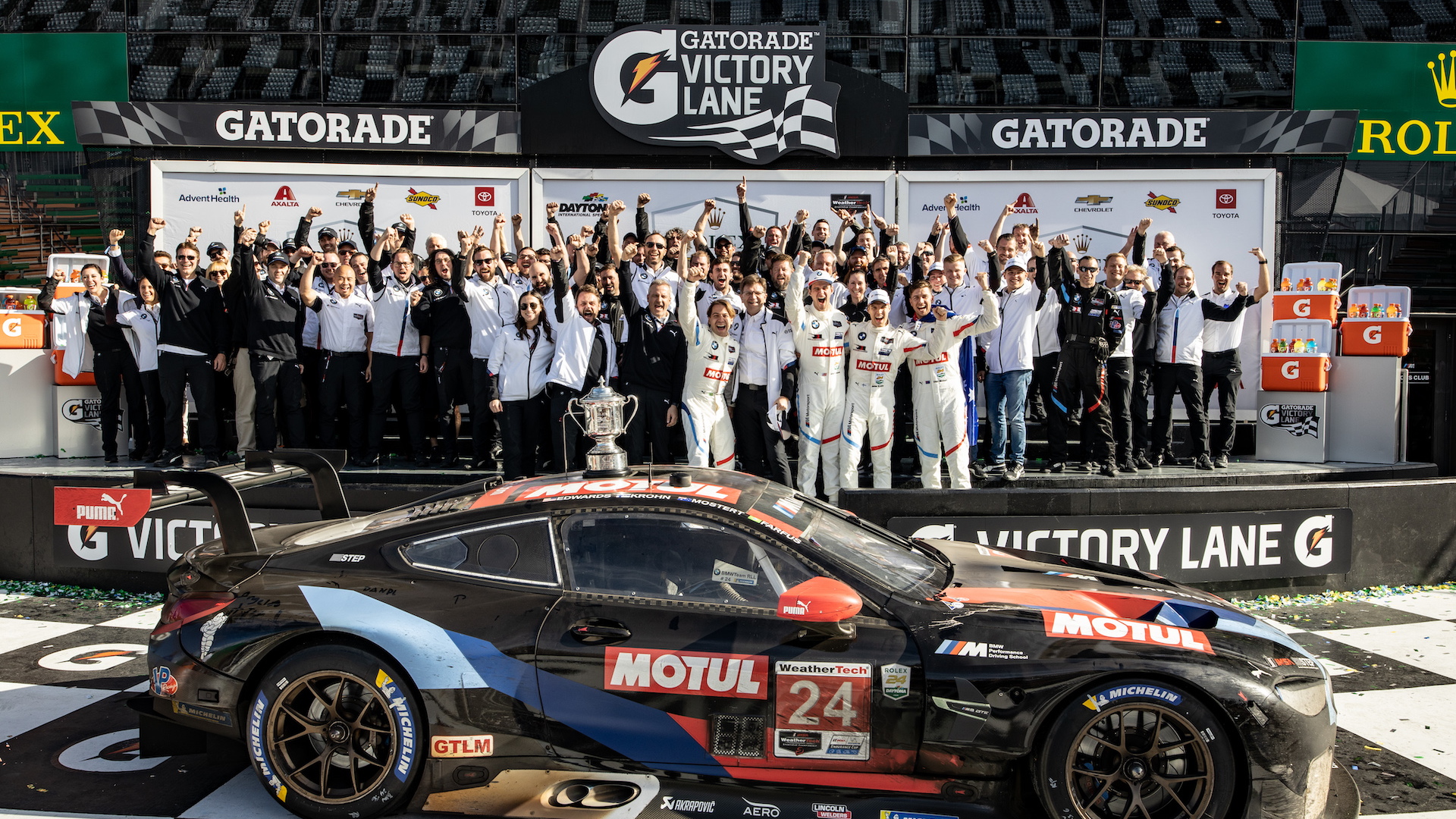 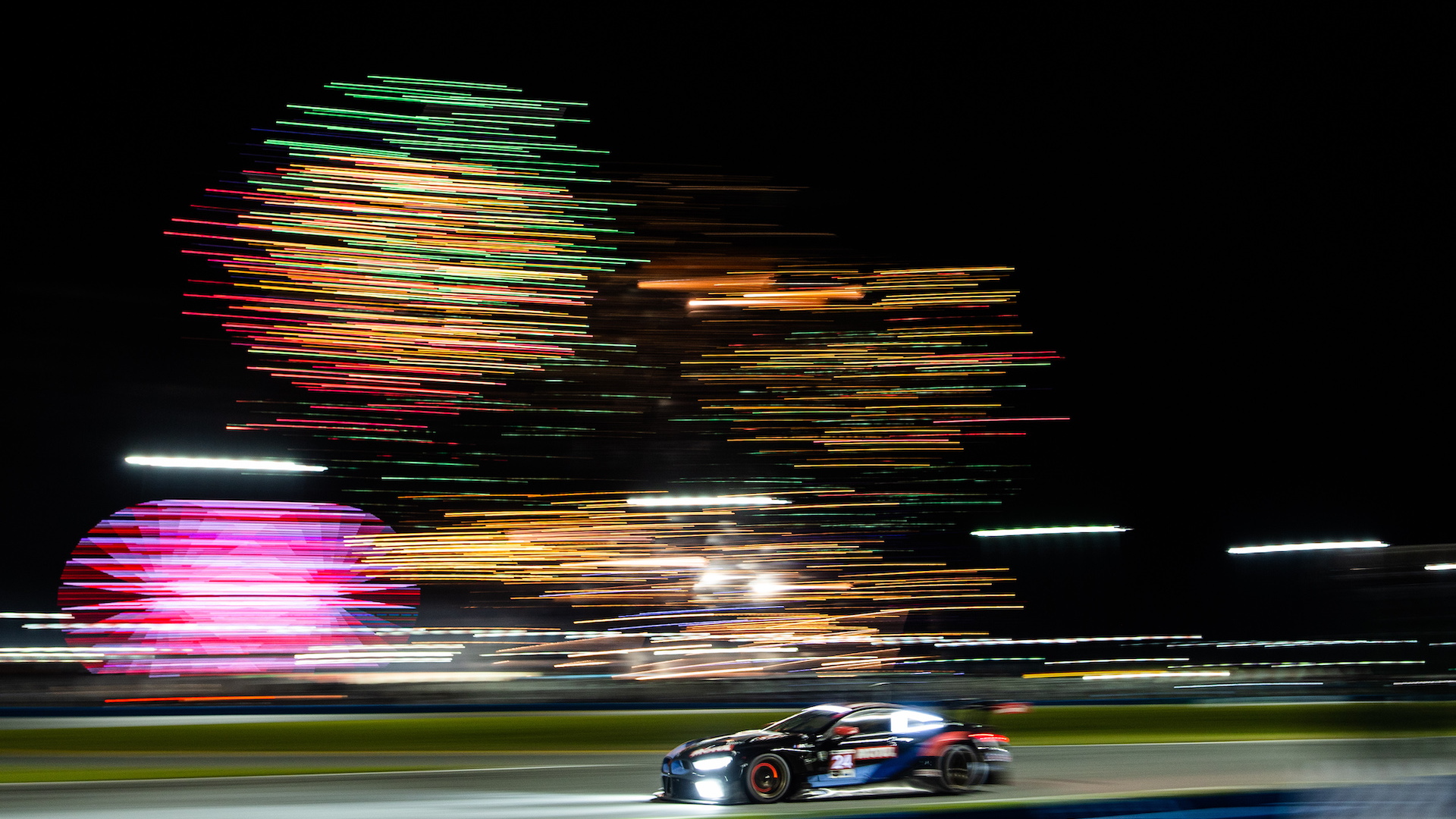 The number 24 BMW M8 GTE that won the GTLM class at the 2020 Rolex 24 At Daytona is now available to anyone who has the money and the desire to own a piece of BMW racing history. Drivers John Edwards, Augusto Farfus, Jesse Krohn, and Chas Mostert piloted the car to victory in that race, which marked the car's debut.

The car, chassis number 1809, is one of eight M8 GTE cars built and campaigned in the IMSA SportsCar Championship from 2018 through 2020. It's the most successful car among the group as it went on to post a total of six podium finishes as BMW M Team RLL won the Michelin Endurance Cup and finished second in the GTLM class Driver, Team, and Manufacturer points standings. The car even ran the Rolex 24 again in 2021 and finished third.

"The BMW M8 GTE represented a money-is-no-object factory GT race car. It is truly an engineering masterpiece. The new owner of BMW M8 GTE No. 1809 will be the steward of a very important piece of BMW history in America and can count on support from BMW in the years to come to ensure its condition and value are maintained at the highest level,” said Tom Plucinsky, BMW USA Classic Manager.

BMW USA Classic says it will keep two running examples of the eight cars, as well as the parts to support the cars. Chassis 1809 is one of three other running cars that exists. The two others may be sold in the future.

Chassis 1809 was most recently tested this past February at Palm Beach International Raceway with noted BMW race driver Bill Auberlen at the wheel. BMW ran the car through a series of tests and updated its programming for easier use by a customer. The sale will come with engineering notes, press and marketing materials, the 2020 Rolex 24 trophy, special tools needed to operate the car, and a spares package with an extra set of wheels and many items consumed during a race. BMW M Motorsport will be available to support the car's operation and supply parts for any racing the eventual owner wants to do.

How the buyer will use the car will affect its price. "The price is dependent on what the potential customer wants to do with the car (static display vs. vintage racing etc.) and what tech support they already have. As a result, we are not publicly quoting a price. However, if you were to estimate a price for a car of this historical value and technological advancement, you would not be wrong to estimate a price north of $1M," Plucinsky told Motor Authority when asked for comment.

Those interested can see the car in person at next week's Monterey Car Week. It will be shown in the BMWUSA Classic garage during the Rolex Monterey Motorsport Reunion at Laguna Seca from Aug. 17 to 20.

For more coverage from Monterey Car Week, check out our dedicated hub.