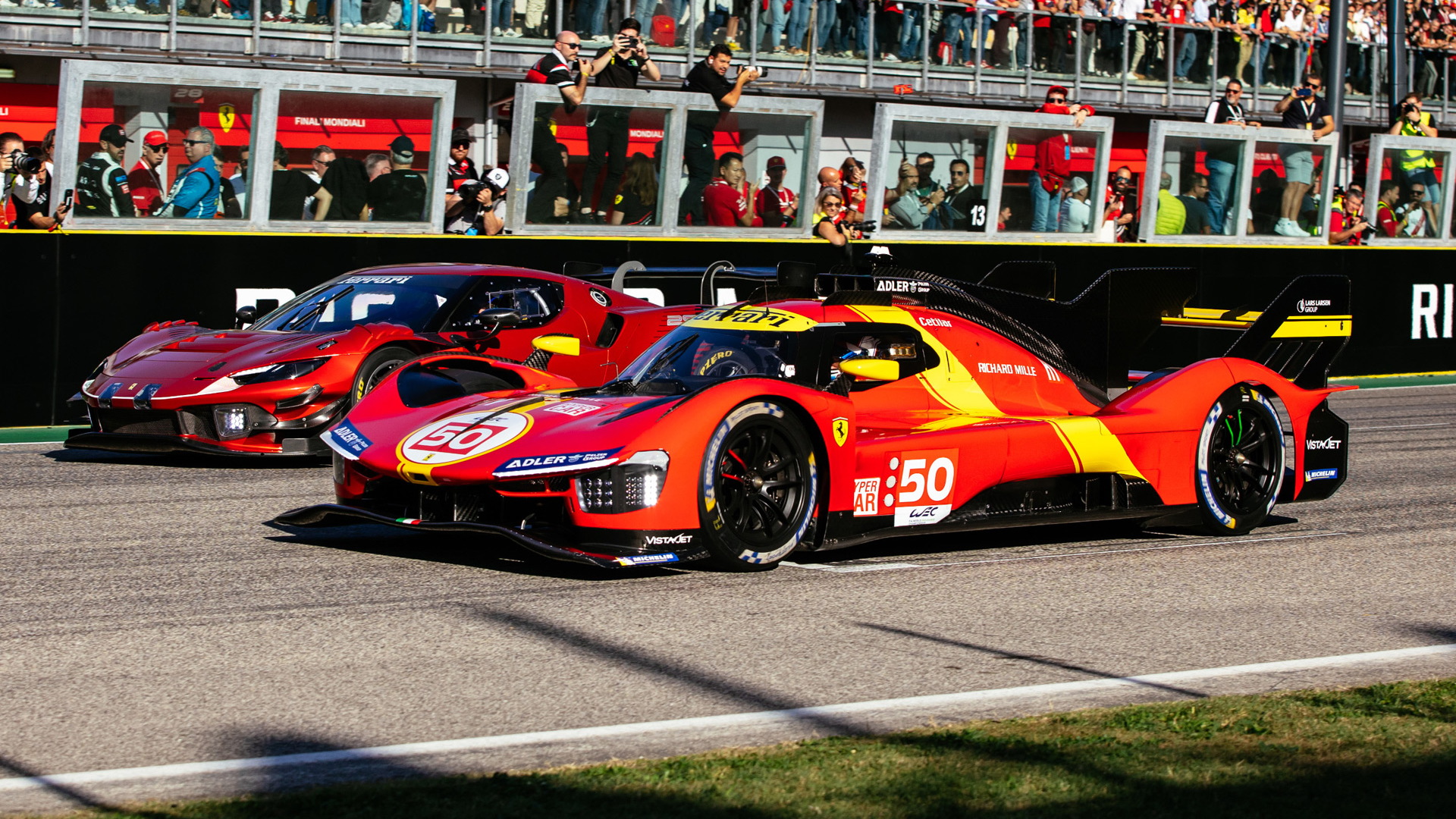 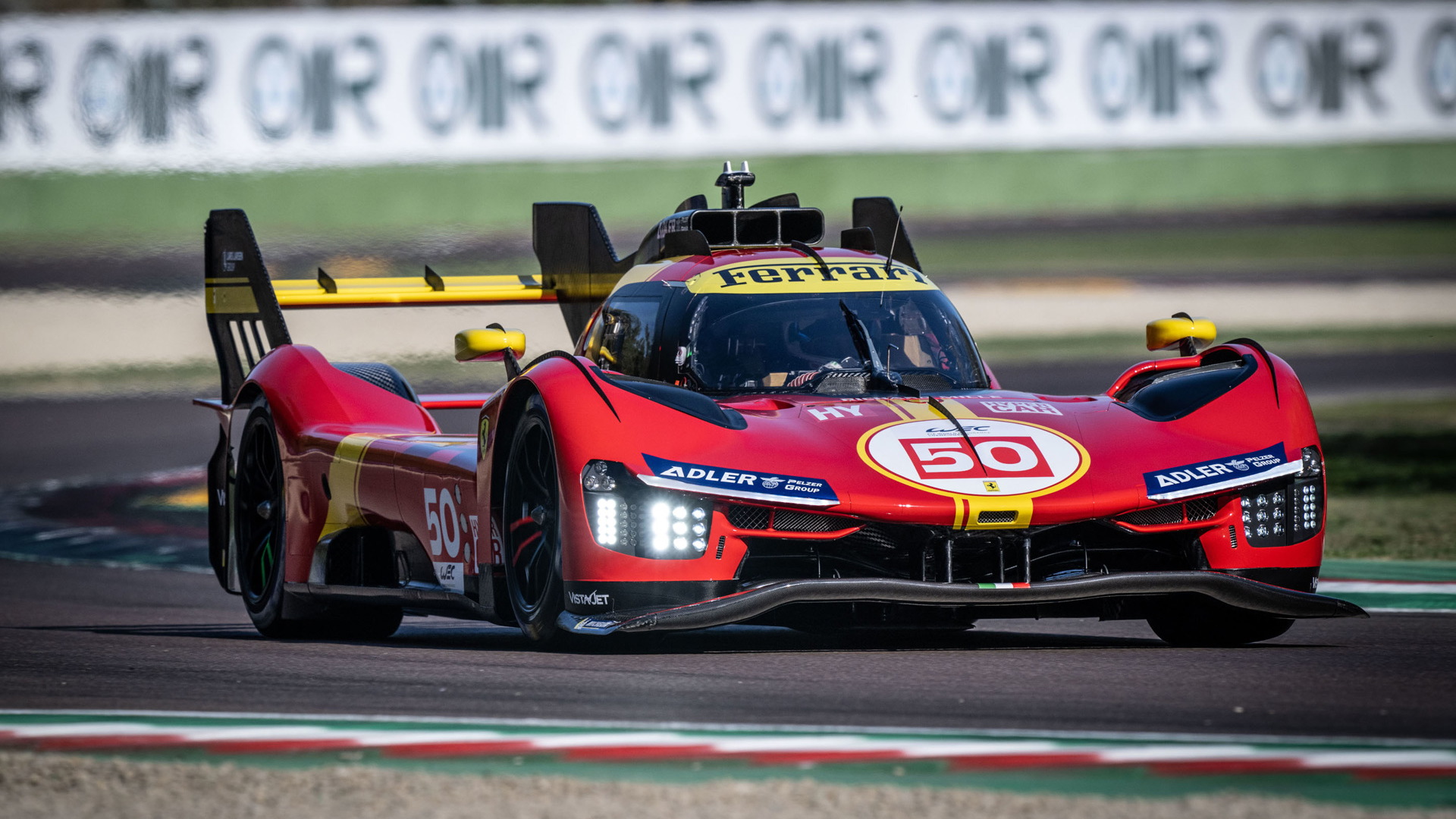 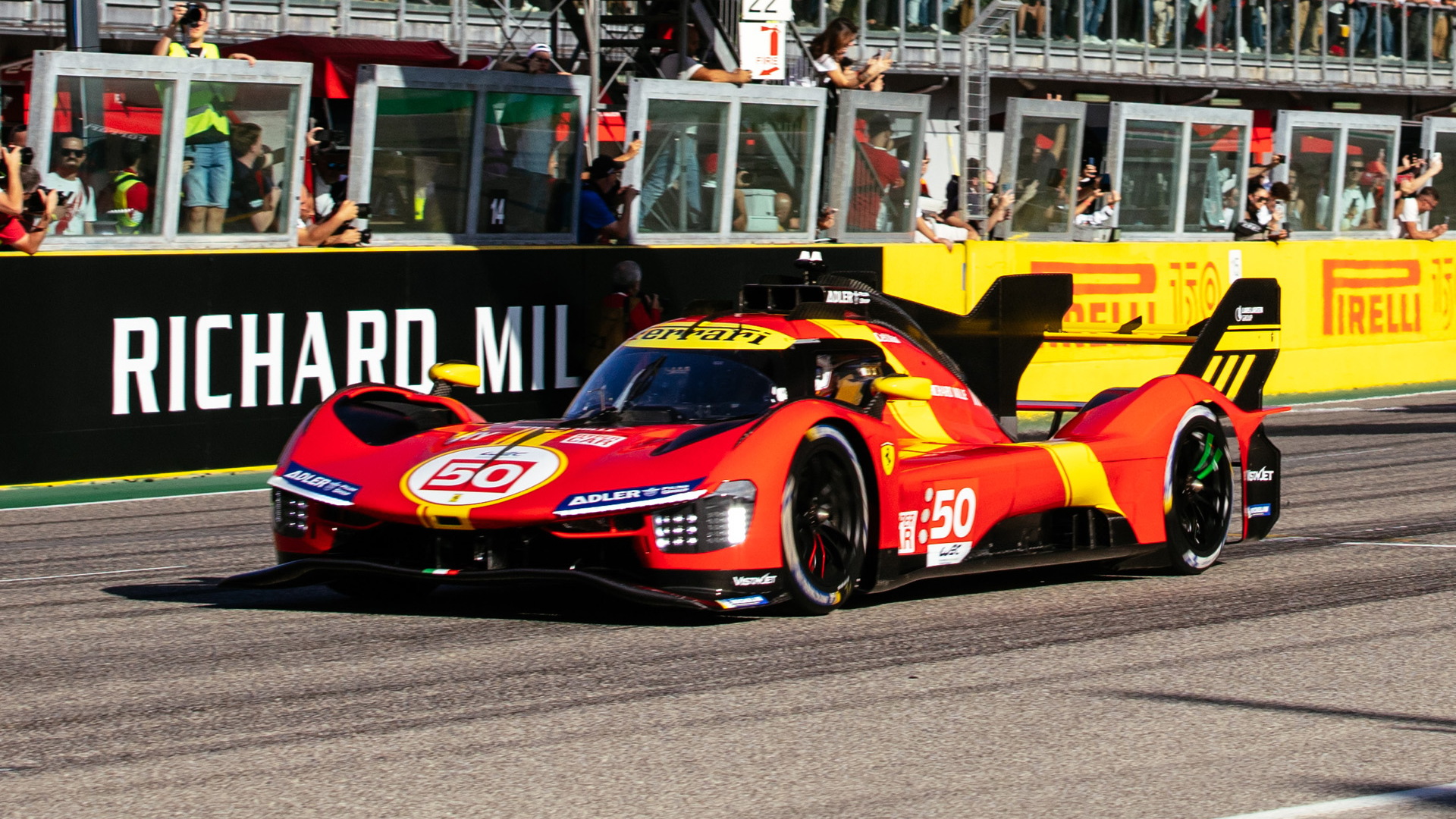 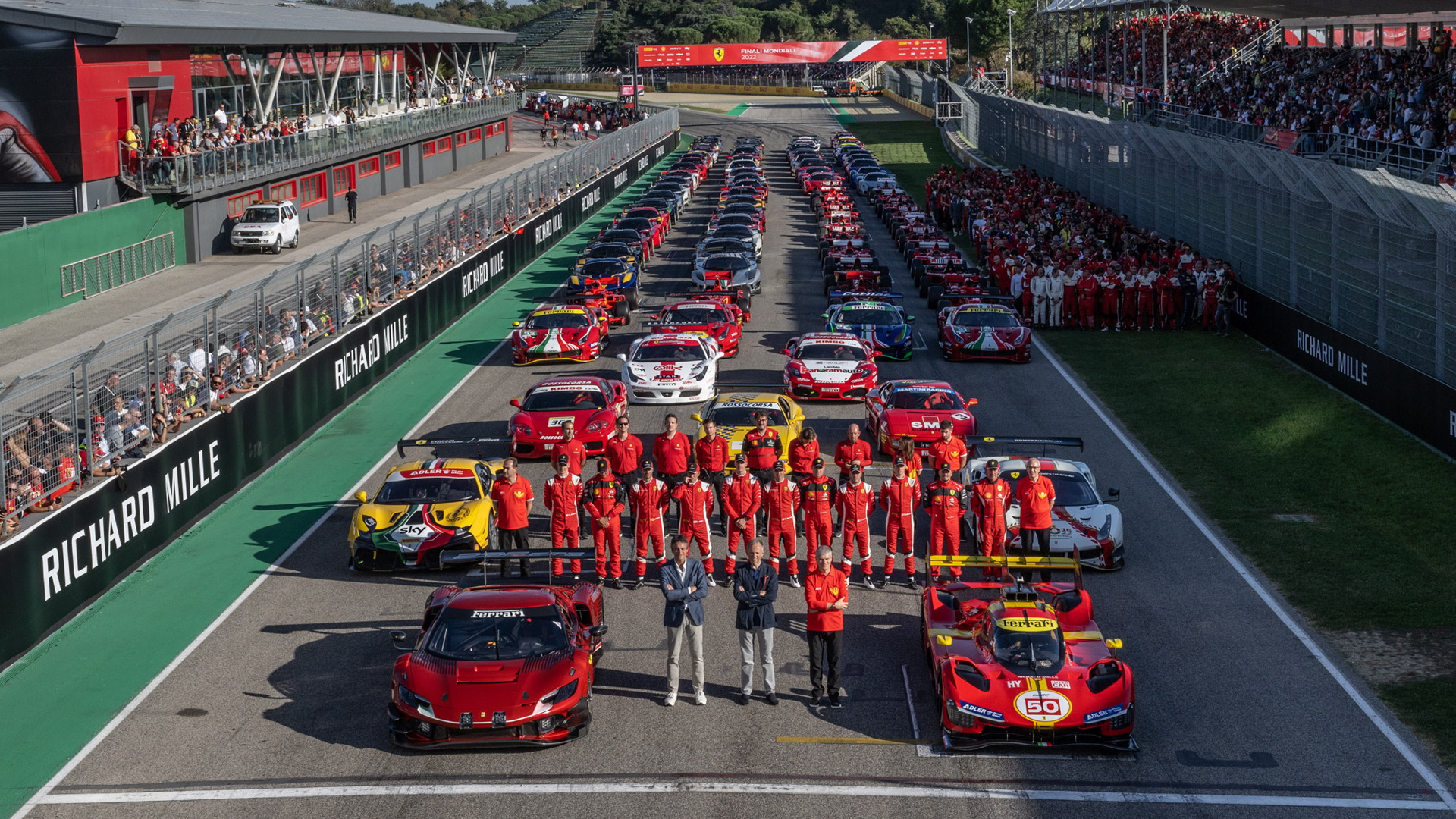 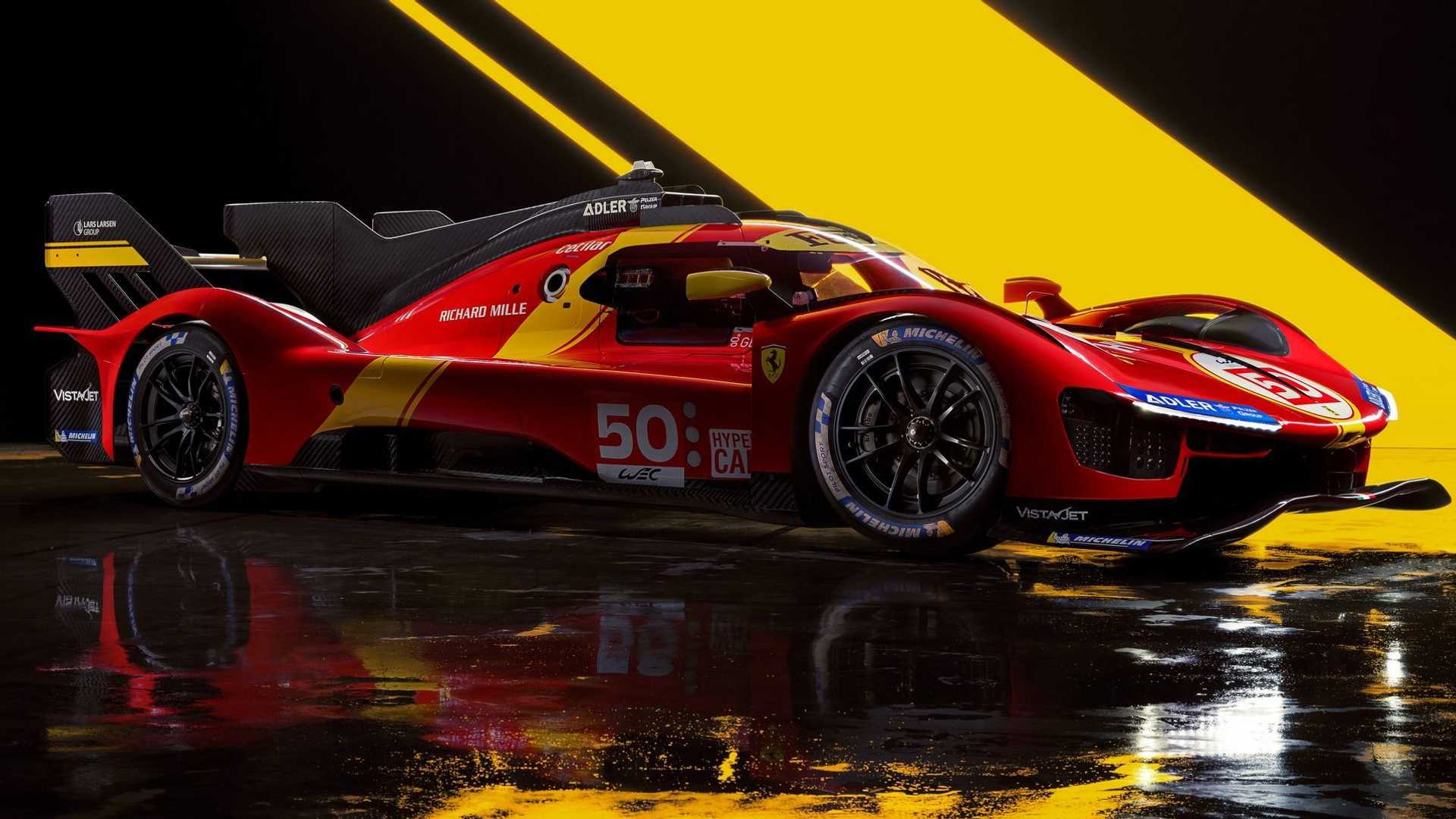 Ferrari's new 499P LMH was revealed over the weekend during the automaker's annual Finali Mondiali celebration for the end of the motorsport season, and now the first video of the V-6 hybrid race car in action has been released.

The video shows the 499P stretching its legs on Italy's Imola Circuit, where this year's Finali Mondiali took place. Joining it on the track was another new Ferrari race car, the 296 GT3 based on the 296 GTB. Both cars make their competition debut in 2023.

Both cars also feature a similar engine, in this case a twin-turbo 3.0-liter V-6 derived from the one in the 296 GTB road car. The 499P pairs the engine with an electric motor driving the front axle. The engine drives the rear axle, thus giving the 499P all-wheel drive. The "499" in the name is a reference to the size of each cylinder, as measured in cubic centimeters, while the "P" signifies the car as the latest in the line of Ferrari sports prototype racers.

In line with LMH regulations, the two power units of the 499P can deliver a maximum of 670 hp at any one time. The regulations also mandate a minimum weight of 2,270 lb for the car.

Ferrari will enter the 499P in the Hypercar class of the FIA World Endurance Championship, meaning a return to top-level endurance racing for the Prancing Horse for the first time in half a century. It also means a return to top-level racing at the 24 Hours of Le Mans, as the French classic is the highlight of the World Endurance Championship calendar.

As a LMH racer, the 499P is also eligible for the new GTP (Grand Touring Prototype) class launching next year as the new top class of the IMSA SportsCar Championship, though Ferrari hasn't said whether it plans to enter the series. There's still the possibility the LMH could appear at select SportsCar Championship rounds, however, such as the 24 Hours of Daytona.