The son of a car dealer, Bondurant began racing in Corvettes on the West Coast in the early 1960s. He soon switched allegiance to Carroll Shelby and Ford, winning the GT class at the 1964 24 Hours of Le Mans in a Cobra Daytona Coupe. Bondurant was part of the team that won the FIA sports car manufacturers' championship for Shelby the following year.

Bondurant also competed in Formula One, driving for Ferrari, BRM, and fellow American Dan Gurney's All American Racers team. His best F1 finish was fourth at the 1966 Monaco Grand Prix, driving for BRM. 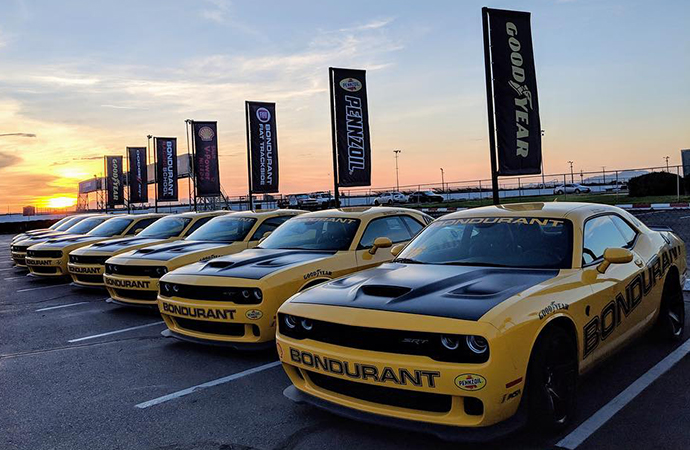 Bondurant left F1 for the Can-Am series, but a 1967 crash at a Can-Am race at Watkins Glen ended his driving career. That led to the foundation of the Bob Bondurant School of High Performance Driving.

The school opened on February 14, 1968, at Orange County International Raceway near Los Angeles. Later relocated to Arizona, the school has hosted celebrities like Paul Newman who took his first step toward a racing career by attending the school in preparation for the 1969 film "Winning," plus hundreds of thousands of ordinary enthusiasts.

After a 2018 bankruptcy filing, Bondurant and his family sold the driving school to a group of investors. It's since been rebranded as the Radford Driving School, derived from the 75-year-old British coachbuilder run by a group including F1 champion Jenson Button. The new owners plan to carry on Bondurant's legacy and keep the driving school's doors open for years to come.