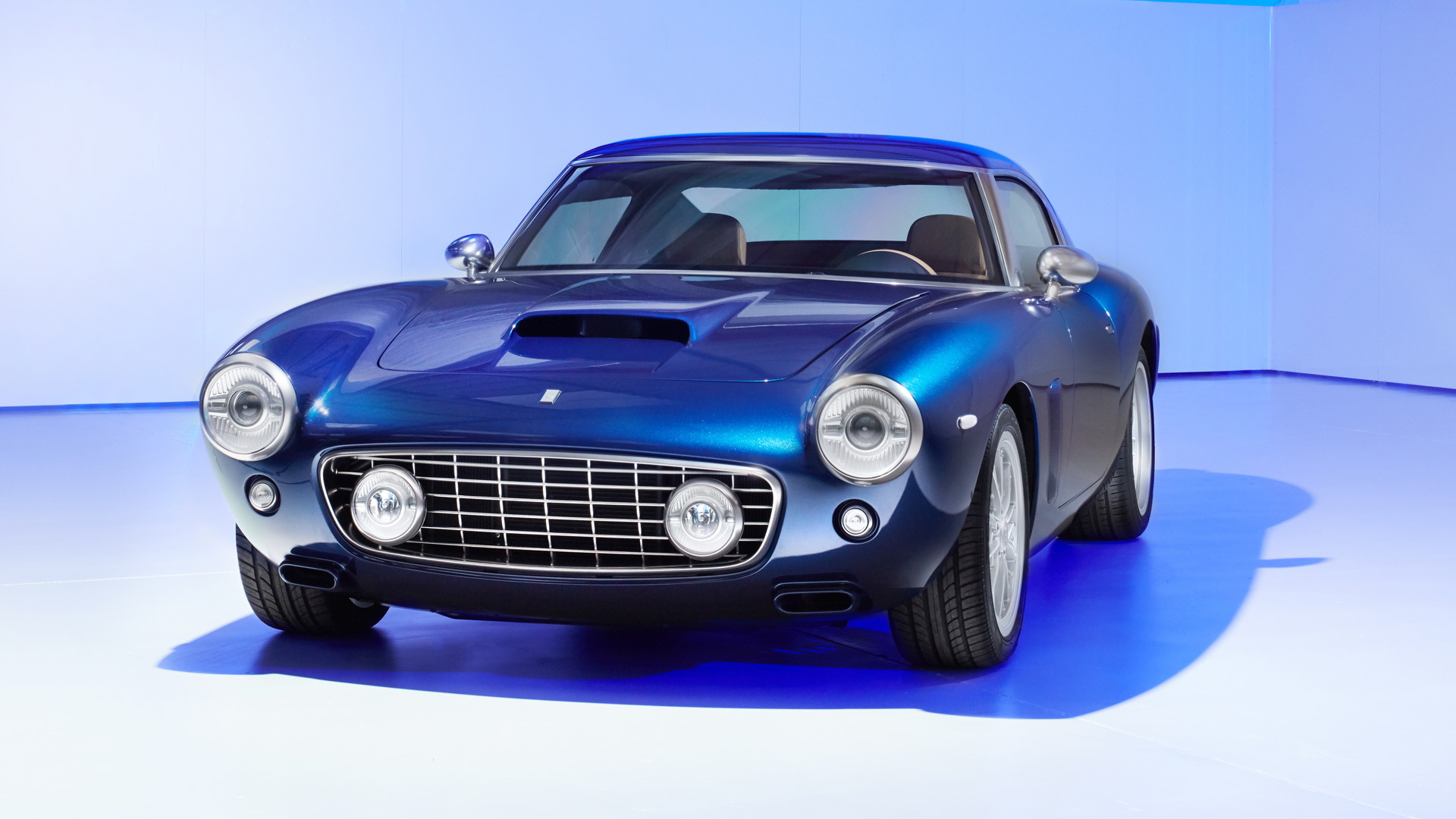 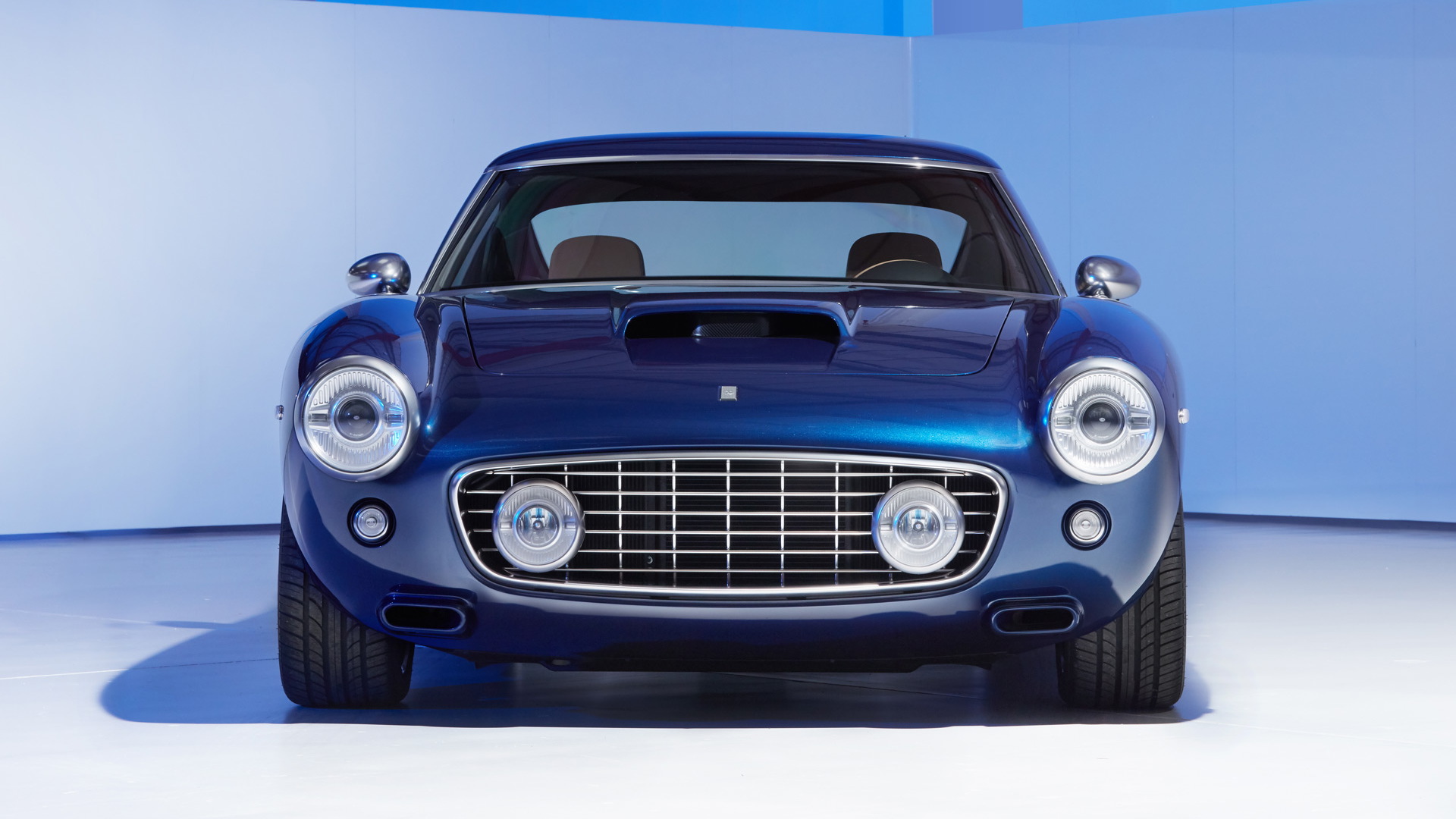 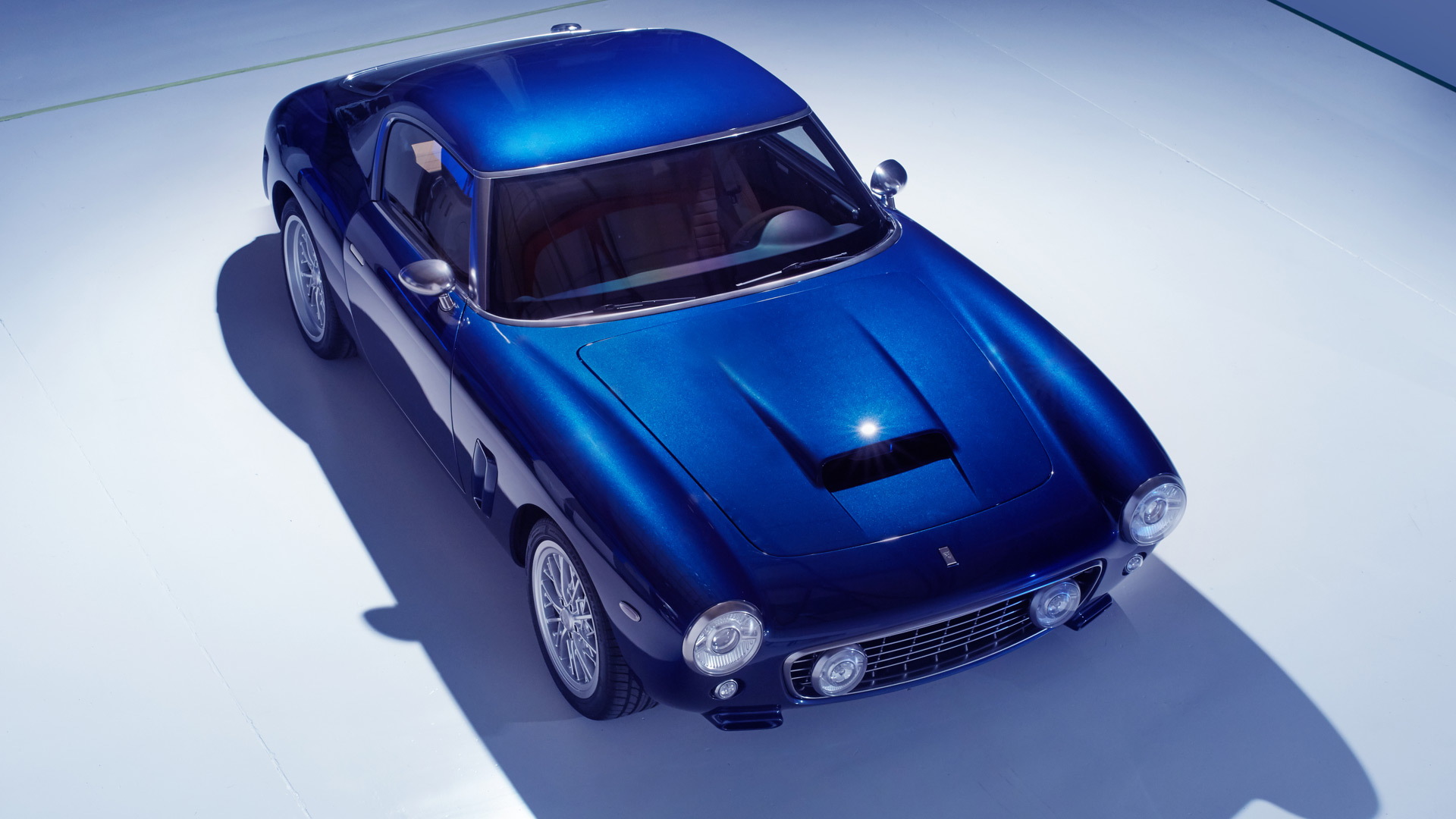 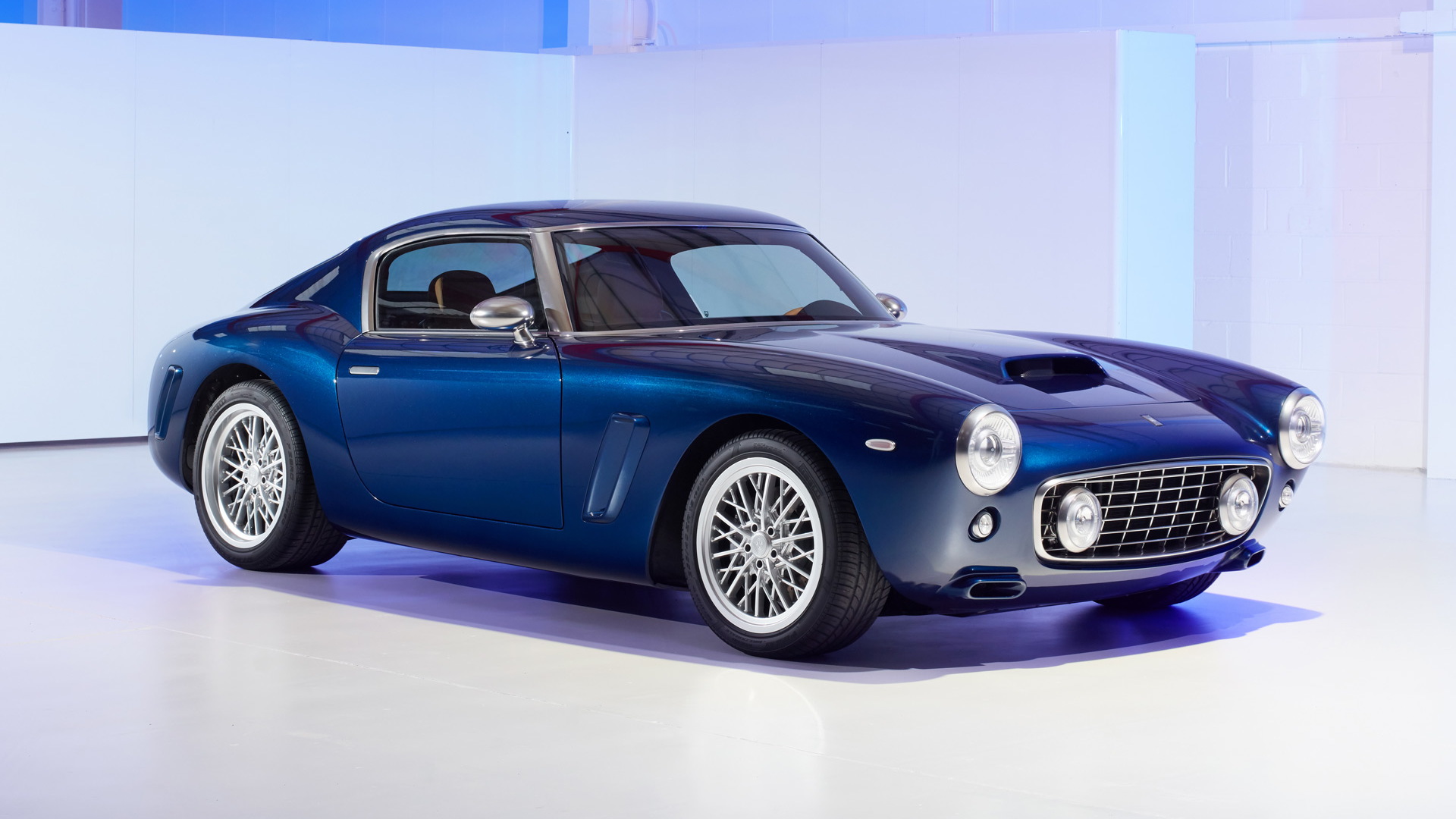 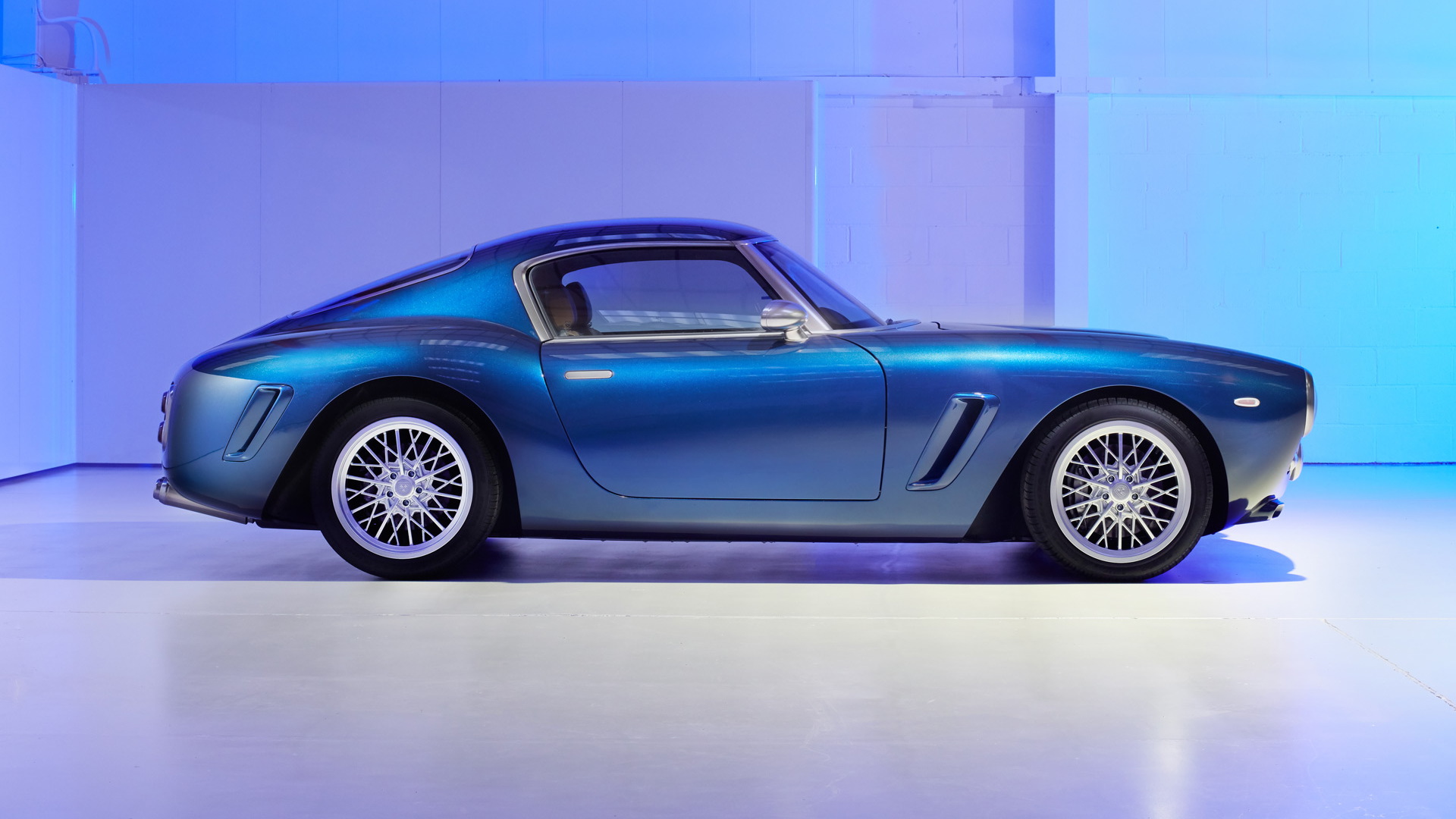 British motorsport and engineering company RML Group is almost ready to start deliveries of its coach-built sports car based on the 550 Maranello, Ferrari's V-12 grand tourer built between 1996 and 2002.

RML calls its car the Short Wheelbase, and the design has clearly been inspired by a classic Ferrari, specifically the 250 GT SWB of the 1950s. There's even an egg-crate grille and stacked taillights.

The first pre-production example has now been completed, giving us our first look at the car in the metal and carbon fiber. Yes, despite the retro styling, RML's SWB features modern construction, such as a body shell built using carbon-composite materials to keep weight down. The rear section, for example, weighs just 88 pounds, or 72 pounds less than the comparable section on the 550 Maranello.

The rear section is joined by a corresponding front section, and both attach to the donor chassis in a dry process. RML said the sections were scanned and measured after being attached to the chassis, revealing that 99% of the structure fell within a 2.5-millimeter tolerance, and 60% within 1 mm.

Before receiving its new body, the donor chassis was refurbished and fully sealed for protection. It was also shortened substantially. RML said its car measures 168 inches long, or about 11 inches shorter than the 550 Maranello.

So that you get a reminder of the modern construction, RML has left some areas of the car's carbon weave exposed, such as the interior of the doors, the panel in front of the windscreen, and parts of the engine bay.

The donor 550 Maranello's 5.5-liter V-12 remains, with the stock 479 hp left unchanged. Yes, that's quite the extra serving of potency over a 1960s-era Ferrari, with RML promising a 0-60 mph time of 4.1 seconds and a top speed of over 185 mph. The engine is mated to a 6-speed manual with a gated shifter, and powers the rear wheels only. Speaking of the wheels, they're a custom 18-inch set wrapped in Pirelli P Zero Rosso tires.

To make the car as comfortable as possible, it features modern amenities such as navigation, climate control, smartphone connectivity, and electrically adjustable seats. There are even cupholders. Unfortunately all of these features add to the weight, with RML quoting a dry weight of approximately 3,240 pounds—and that's with the carbon body, remember.

There's no word on pricing, but with just 30 examples destined to be built you can count on the price tag being high. The company has previously said deliveries will start in early 2022, though this pre-production example needs to undergo intensive durability testing first, the company said.

Interestingly, there's another British company, GTO Engineering, which has a similar project in the works. GTO Engineering is working on a Ferrari 250 GTO-inspired model built from the ground up. We're talking a new chassis, V-12 engine, and sexy body also made from carbon-composite materials.