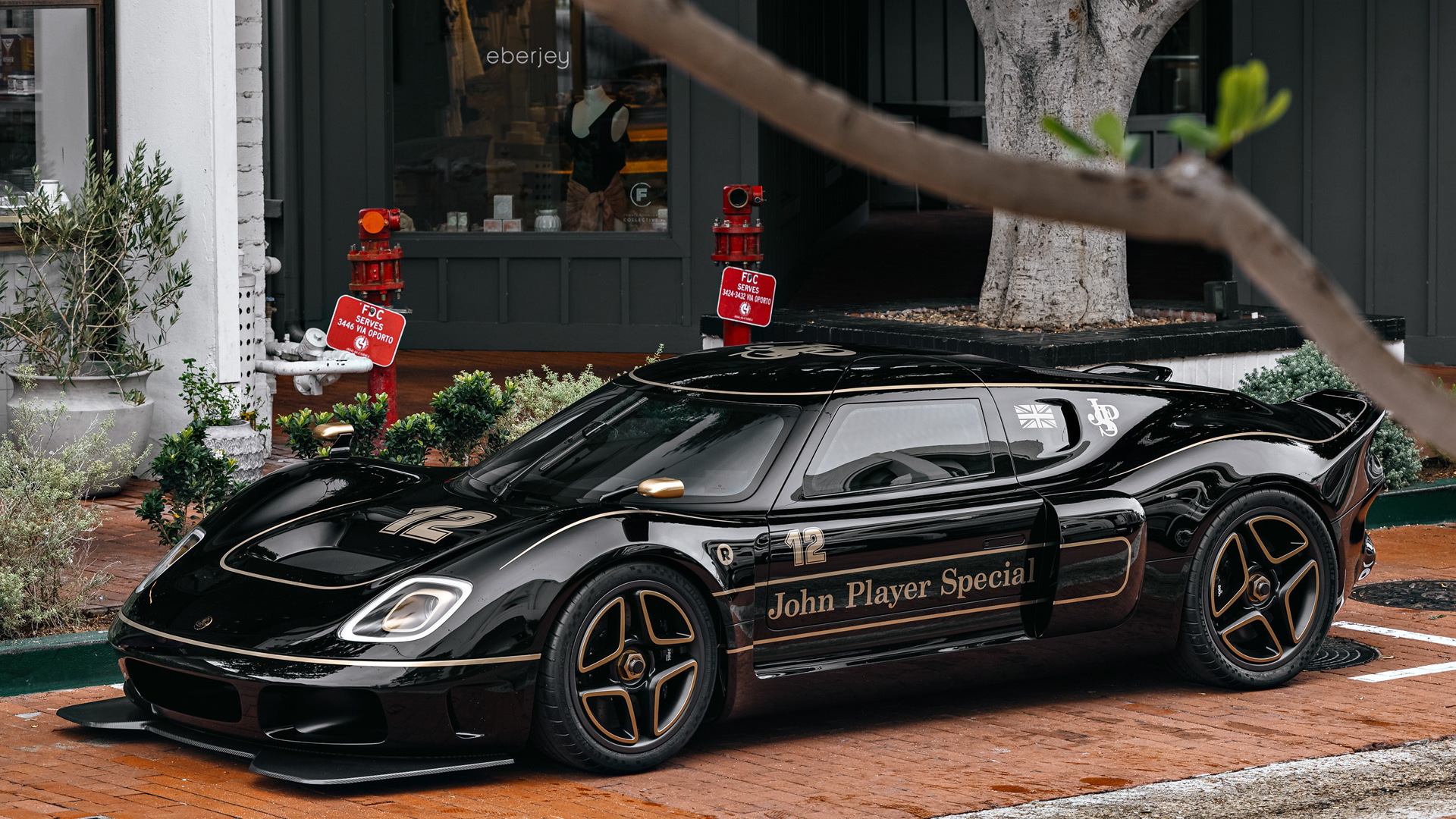 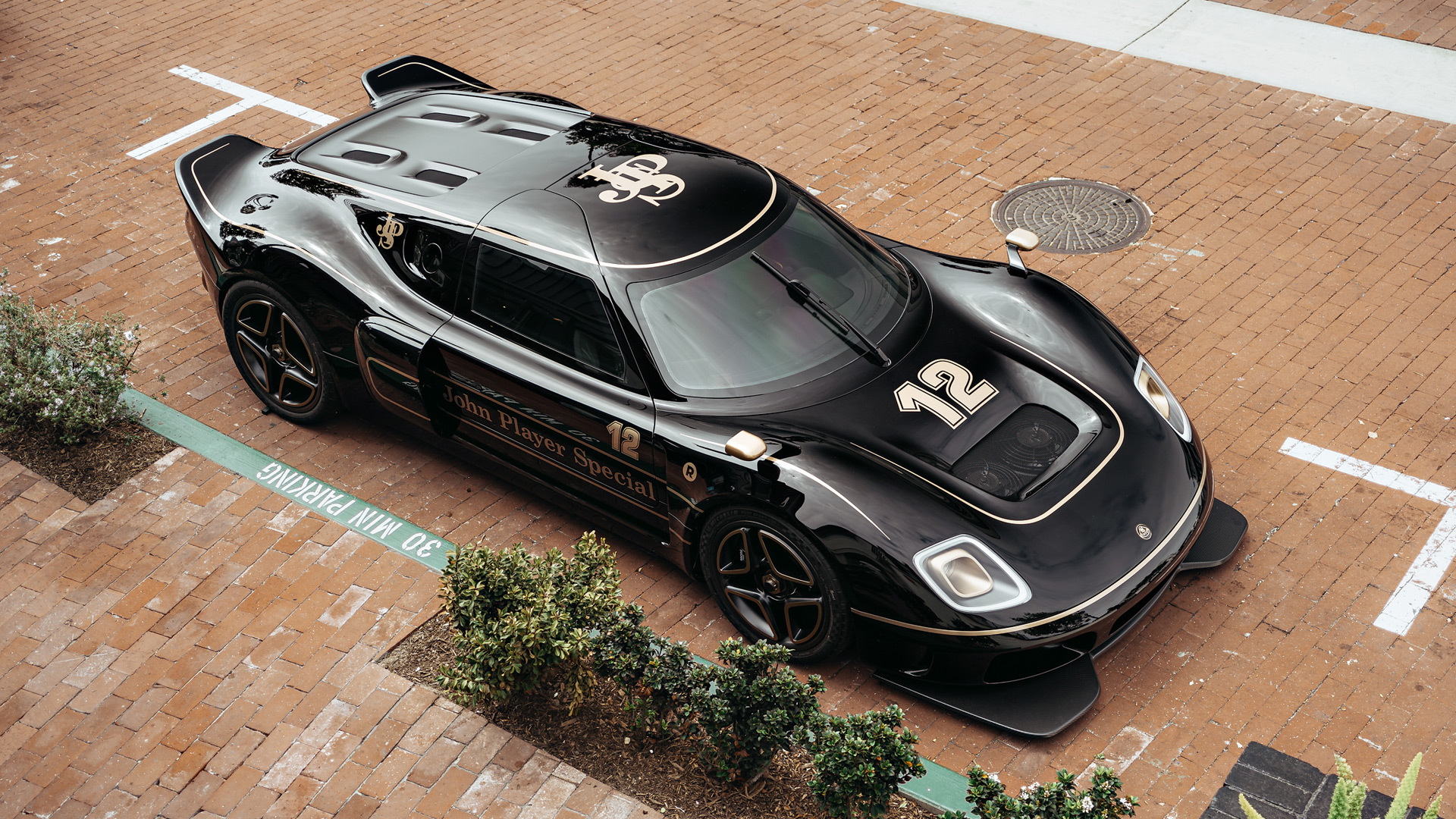 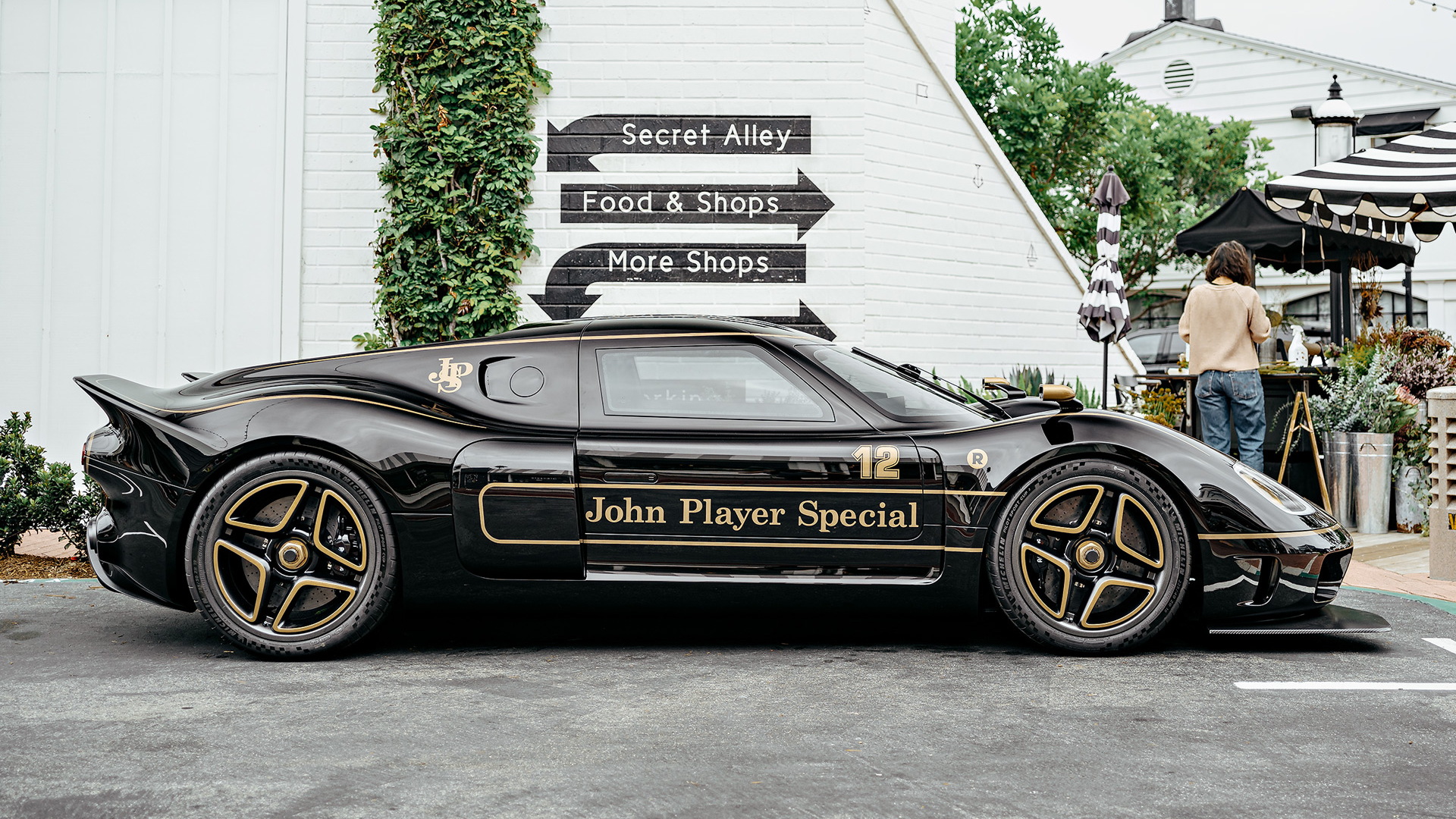 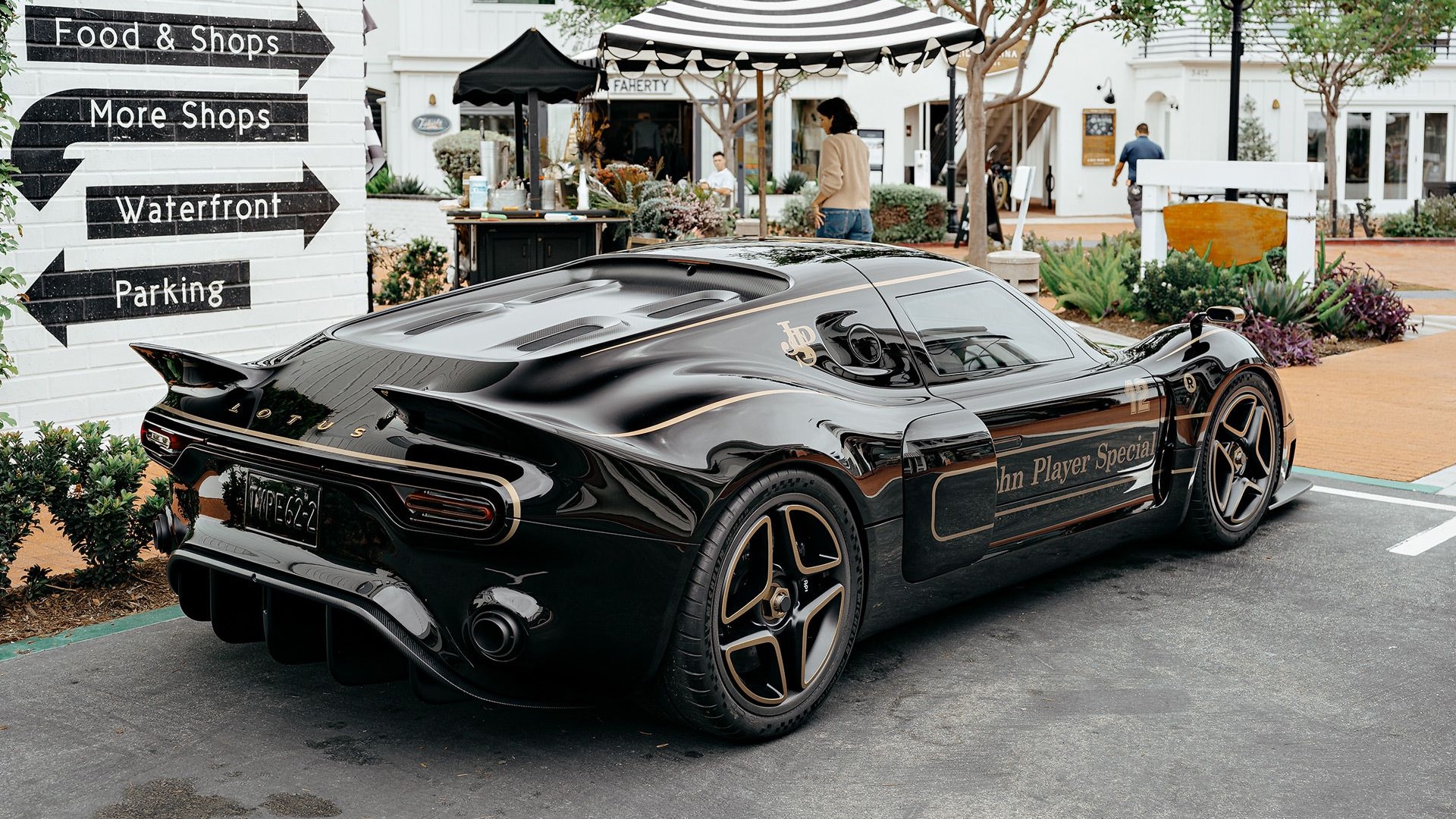 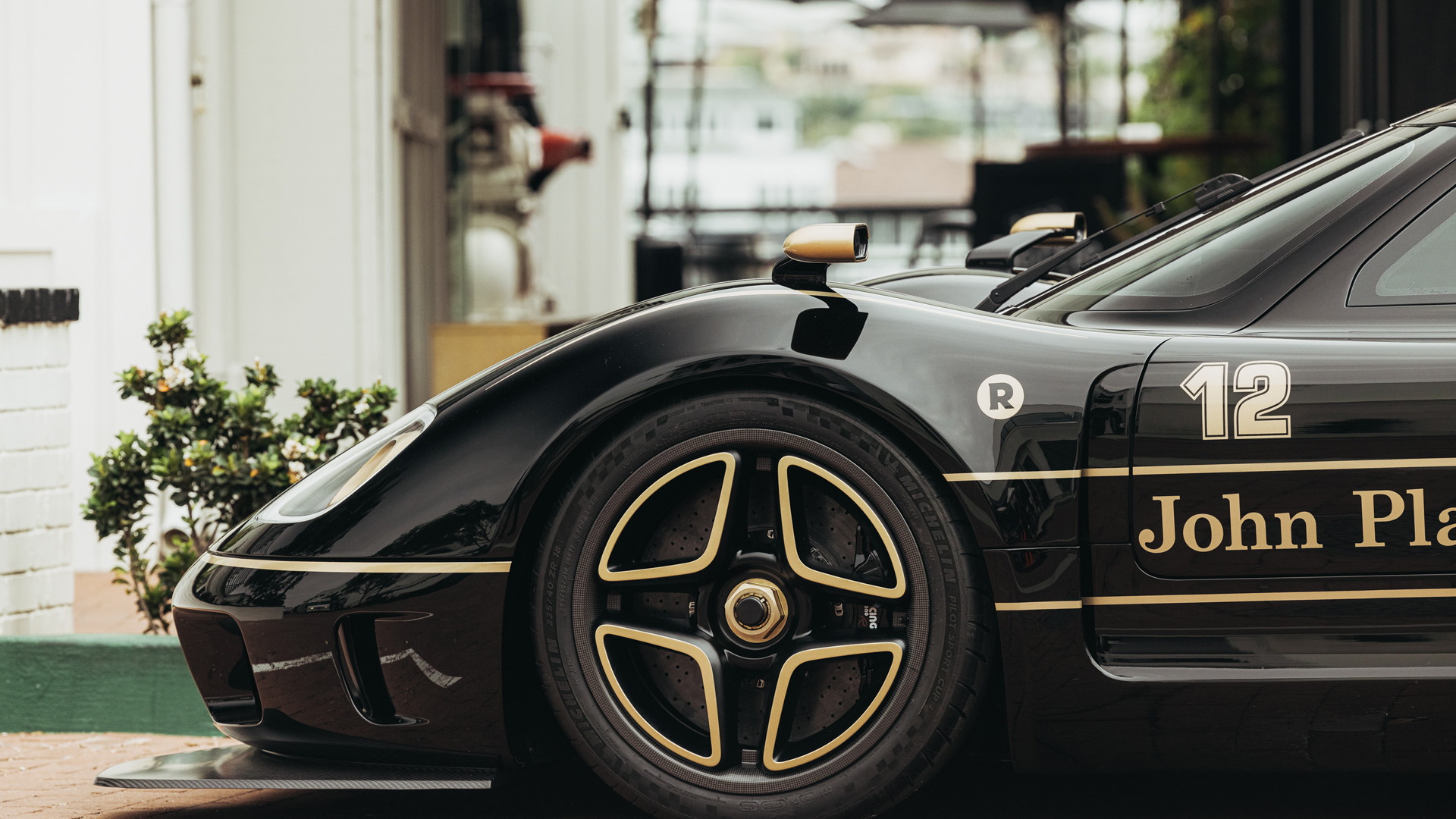 British coachbuilder Radford has been revived, and its first modern project is a retro sports car inspired by the Lotus Type 62.

The sports car is also based on a modern Lotus, specifically the Evora. It's known as the Lotus Type 62-2 coach-built by Radford, and on Wednesday Radford revealed a new flagship variant packing 600 hp.

The Type 62-2 was first shown in early August, but only the base Classic model with 430 hp and mid-range Gold Leaf model with 500 hp were announced at that time.

The flagship, dubbed the John Player Special, features a unique black and gold livery inspired by the design used on multiple Lotus Formula One cars. The livery is achieved with a layer of gold paint and then no less than ten lays of black, known as Candy Black, to achieve a deep finish. This debut example also features some extra gold pinstriping.

All three versions feature the same 3.5-liter supercharged V-6 fitted to the donor Evora, though the engine in the John Player Special features upgraded pistons, con-rods and camshafts, and a bigger supercharger to achieve that 600-hp total.

The John Player Special also benefits from a more aggressive aero package which is marked by an extended front splitter. There's also larger side intakes and a new rear diffuser. Radford also claims that this is the lightest version of the Type 62-2, which coupled with the extra power should ensure it is the fastest by a significant margin.

Other performance upgrades unique to the John Player Special include carbon-ceramic brake rotors with AP Monobloc calipers. These are housed within larger wheels measuring 18 inches up front and 19 inches at the rear. The wheels are a carbon-composite design from Dymag. The tire of choice is Michelin's Pilot Sport Cup 2.

Radford is currently accepting orders and plans to start deliveries in early 2022. Pricing information is not yet available. Type 62-2 production will be capped at 62 units, and only 12 of these will be the John Player Special.