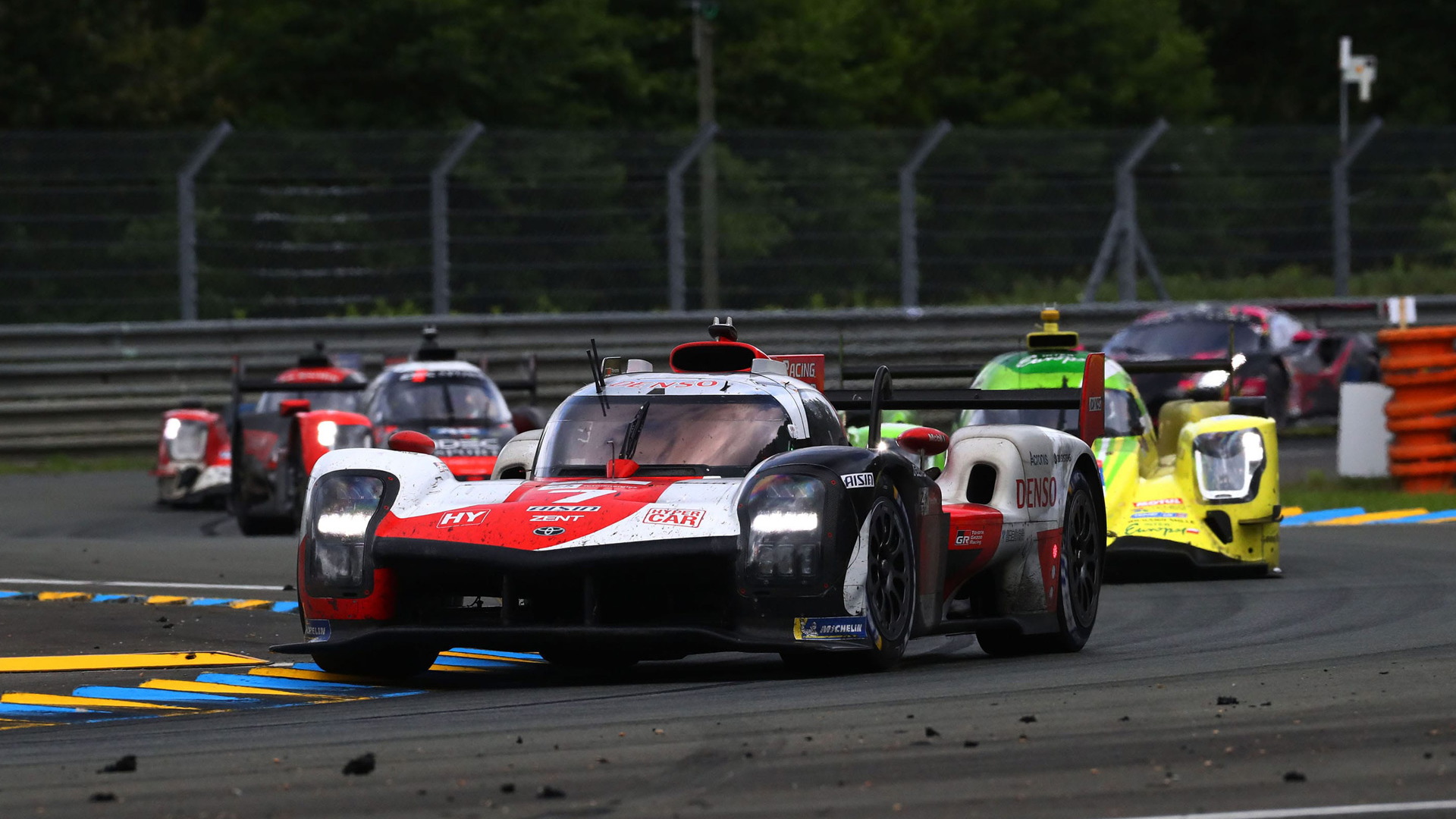 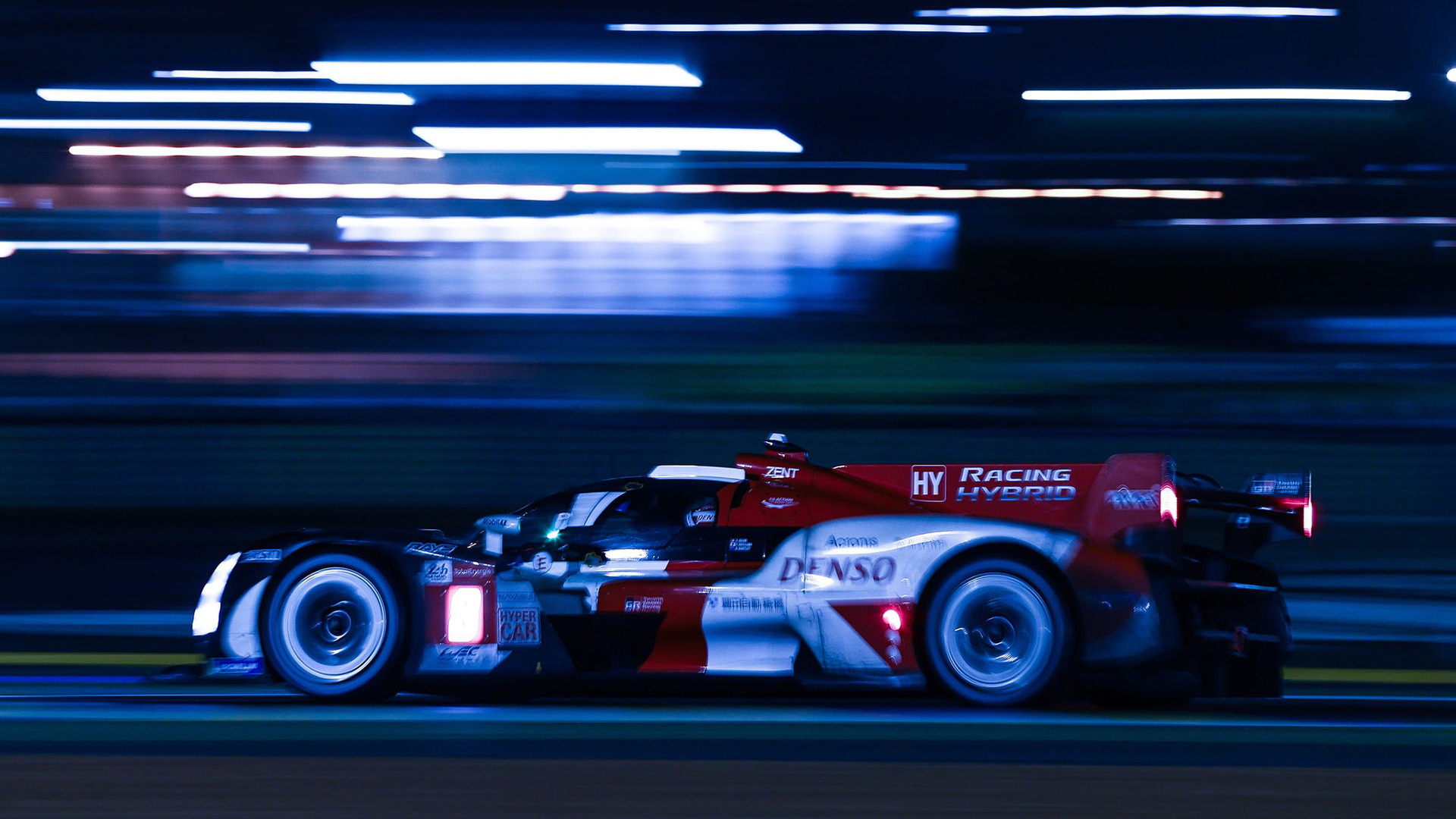 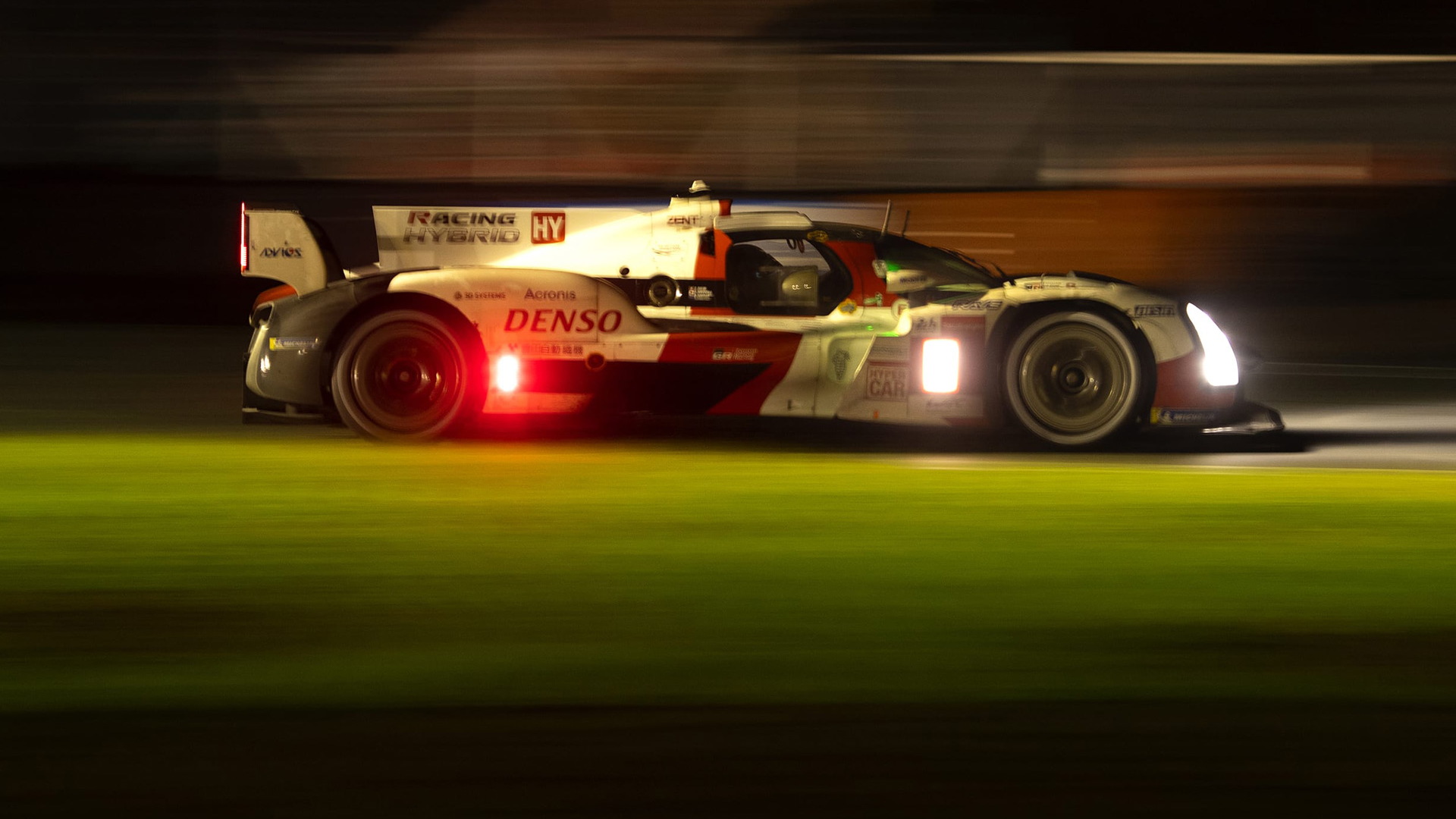 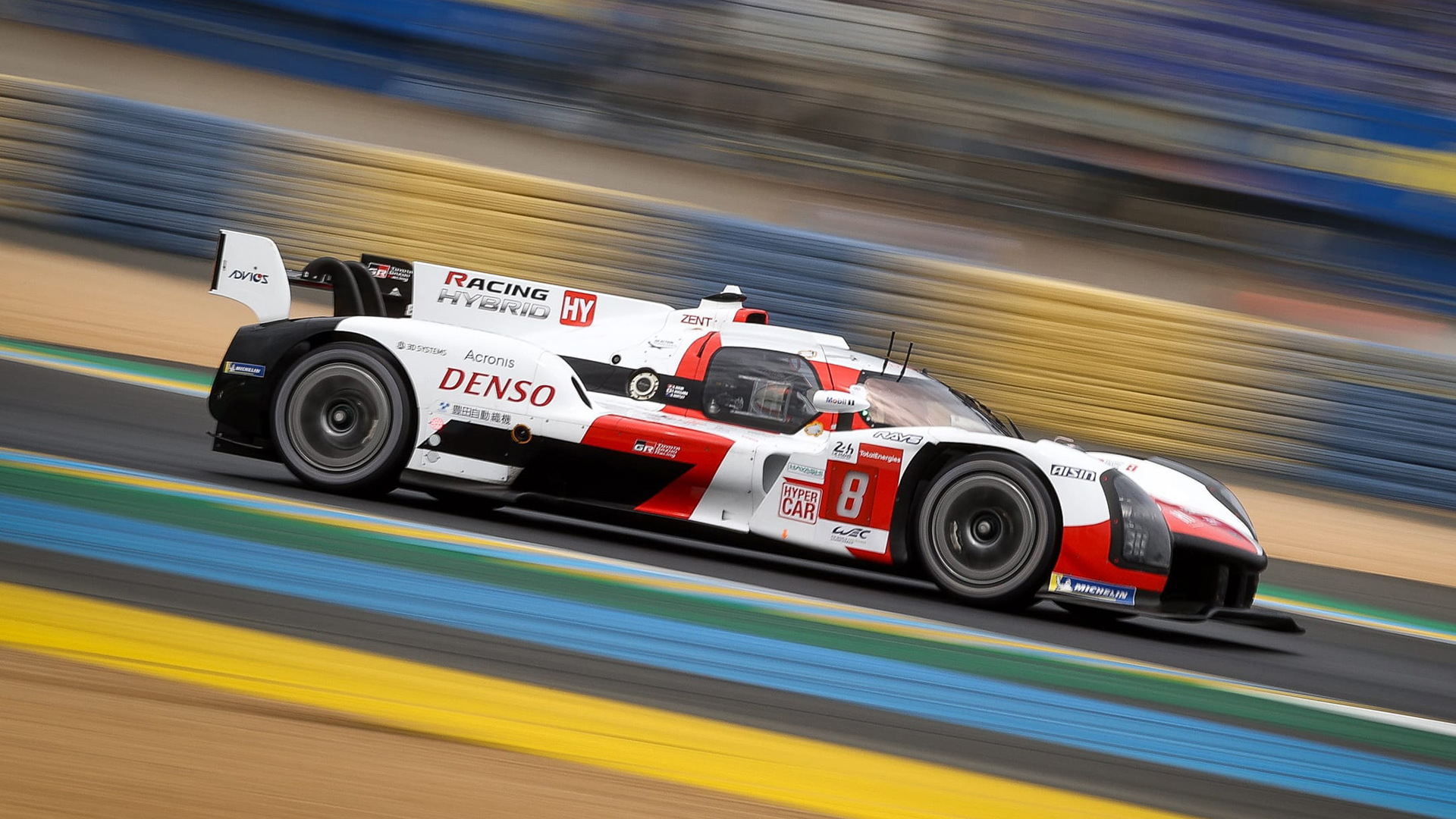 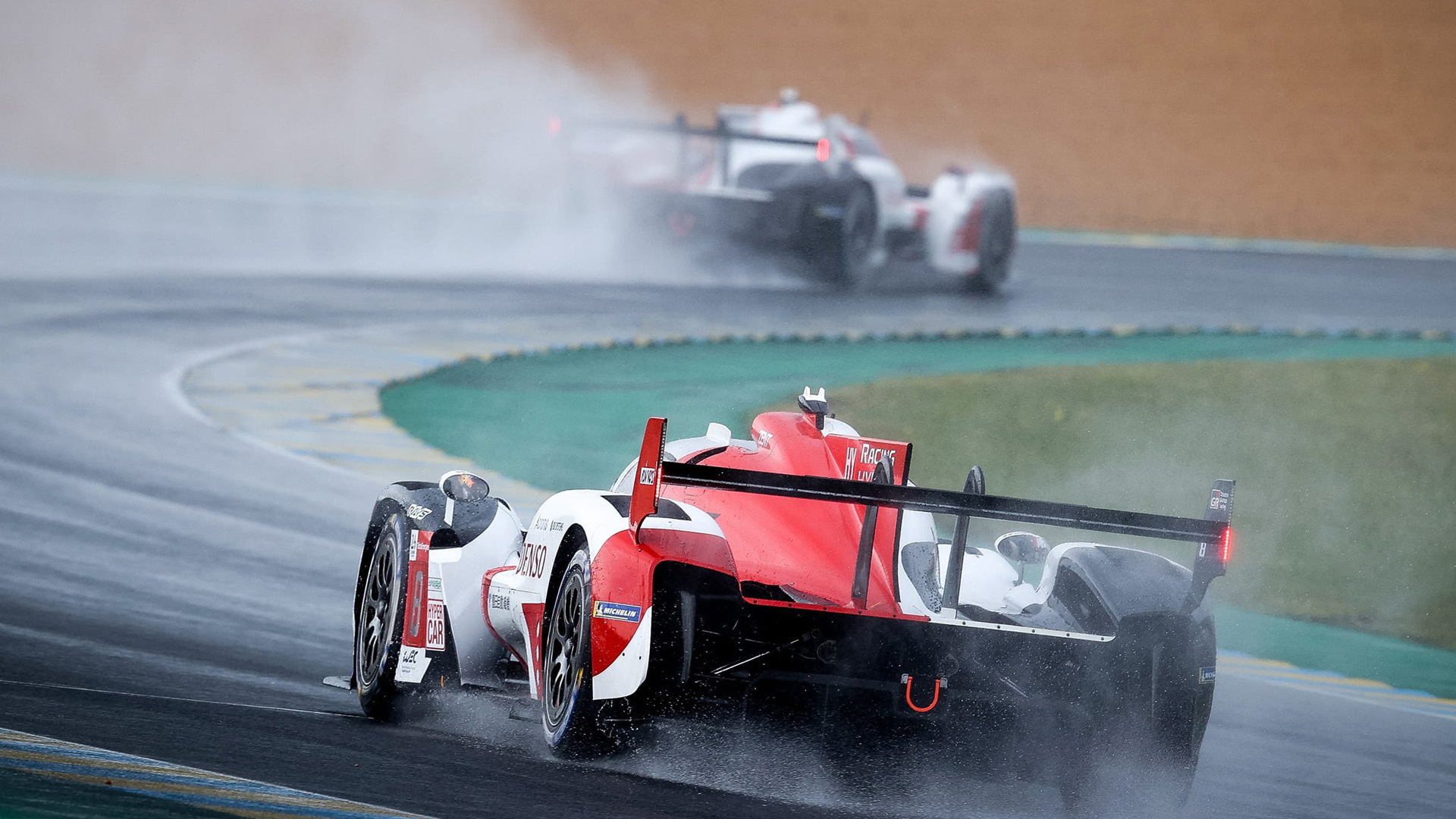 Toyota took home victory on Sunday at the 2021 24 Hours of Le Mans, the fourth year in a row that the Japanese automaker has won the French endurance classic.

The race, which served as round four of the 2021 World Endurance Championship, also saw America's Scuderia Cameron Glickenhaus compete for the first time.

Toyota and Glickenhaus were the sole teams with race cars developed for the new Le Mans Hypercar class, though Alpine also competed in the premier class with a grandfathered LMP1.

The overall winner was the number seven Toyota GR010, driven by Mike Conway, Kamui Kobayashi and Jose Maria Lopez. Second place went to the no. eight Toyota GR010, which finished two laps behind the leader and was driven by Sebastien Buemi, Kazuki Nakajima and Brendon Hartley. Third place went to the no. 36 Alpine A480, which finished four laps behind and was driven by Nicolas Lapierre, Andre Negrao, and Matthieu Vaxiviere. The pair of 007 race cars from Glickenhaus finished in fourth and fifth places.

It wasn't all smooth sailing for Toyota. There was drama right from the start where, in wet conditions, the no. eight Toyota dropped to the back of the field after coming into contact with the no. 708 Glickenhaus. The no. eight Toyota later suffered a damaged wheel rim following contact with a lapped car and a puncture. The no. seven Toyota also suffered two punctures. The whole team also had to work hard to overcome a fuel system issue which threatened to derail the challenge of both its cars during the second half of the race.

In the LM GTE Pro class, the no. 51 Ferrari 488 GTE Evo of AF Corse came first, and 20th overall. Doing the driving were Alessandro Pier Guidi, James Calado and Come Ledogar. Second place went to the no. 63 Chevrolet Corvette C8.R of Corvette Racing while third went to the no. 92 Porsche 911 RSR of the Porsche GT Team.

Toyota currently leads the Le Mans Hypercar class in the Manufacturers' standings while in the Drivers' standings Conway, Kobayashi and Lopez are at the top of the leaderboard. The next race on the calendar is the 6 Hours of Bahrain on October 30.