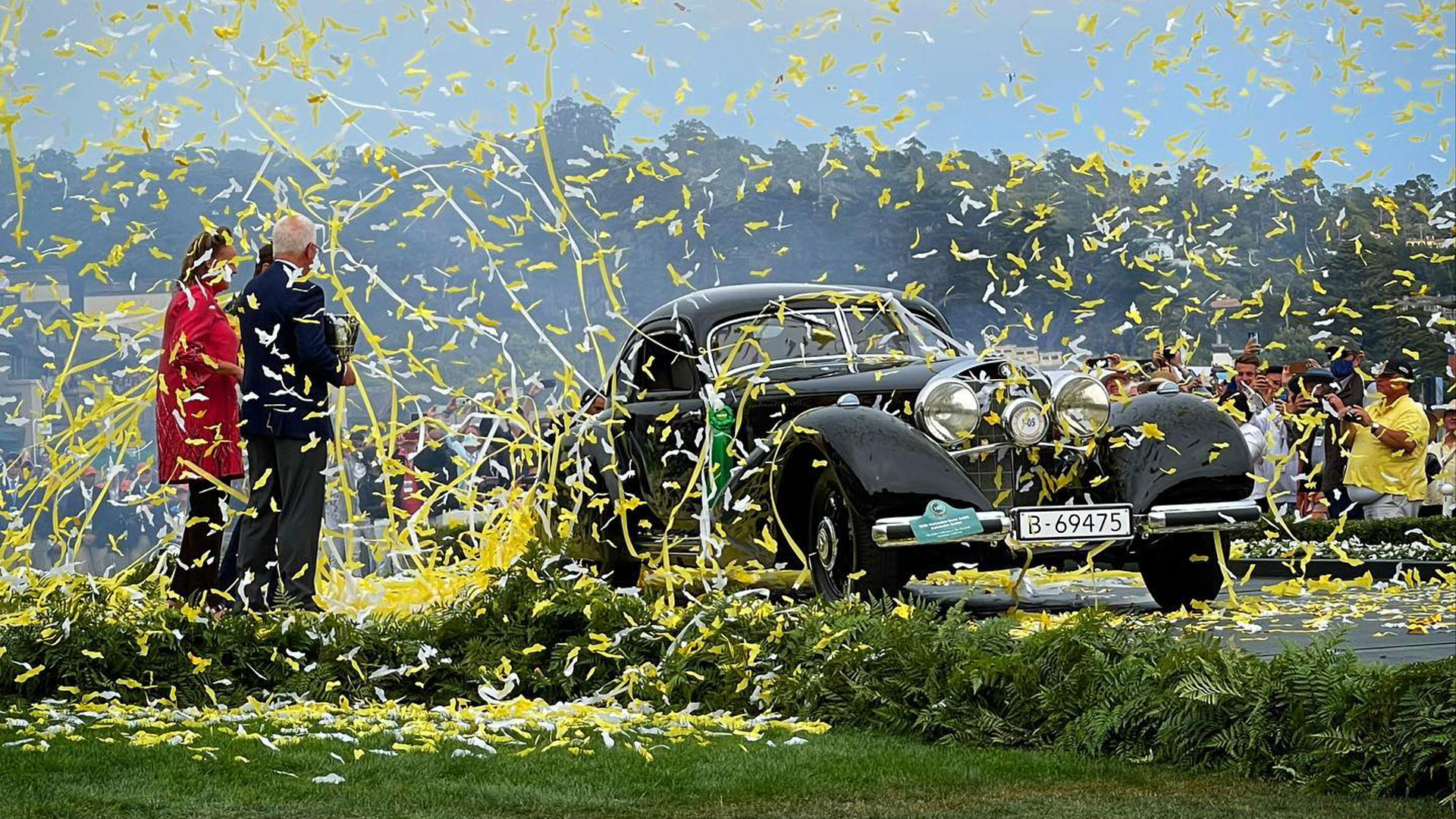 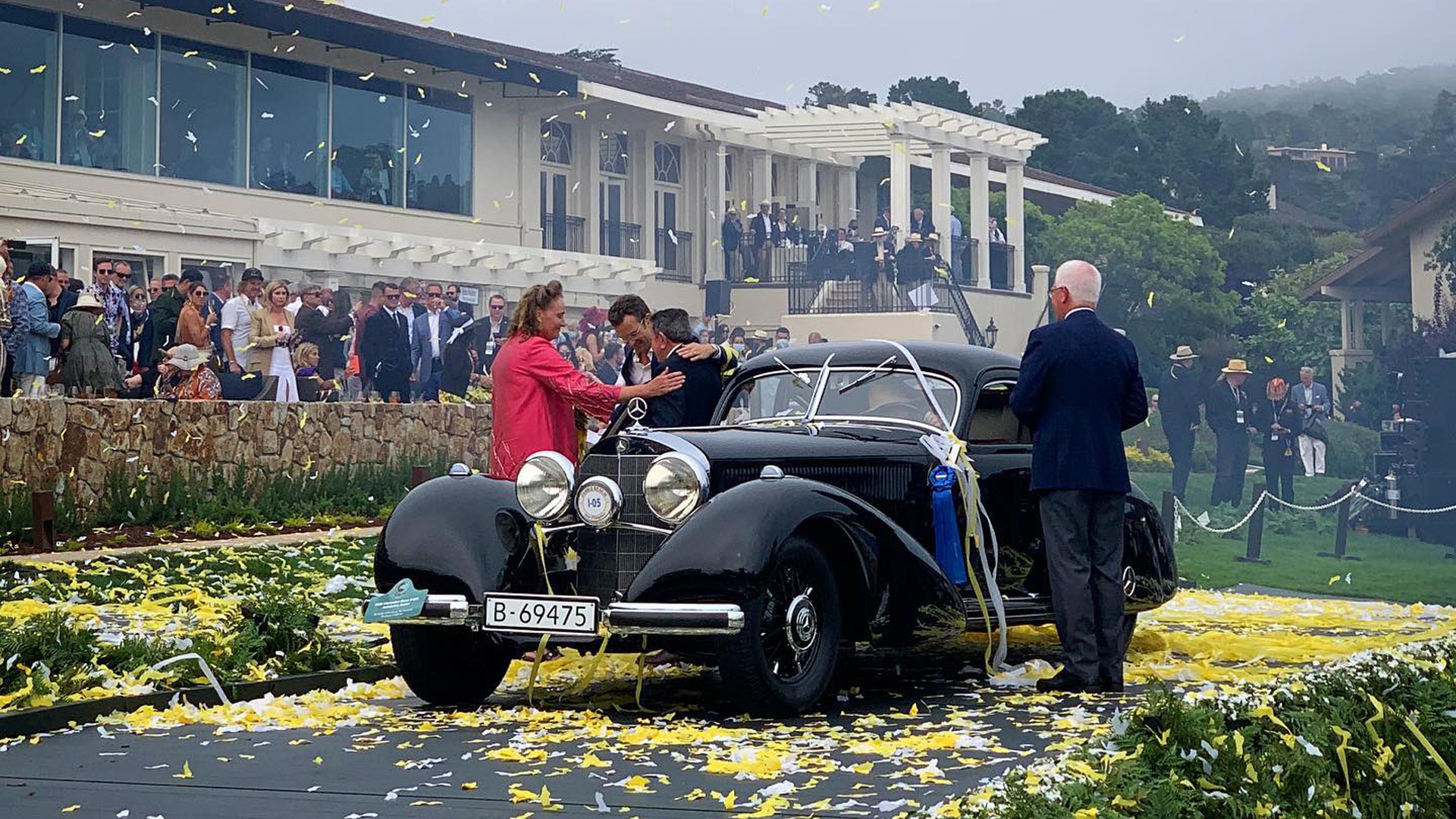 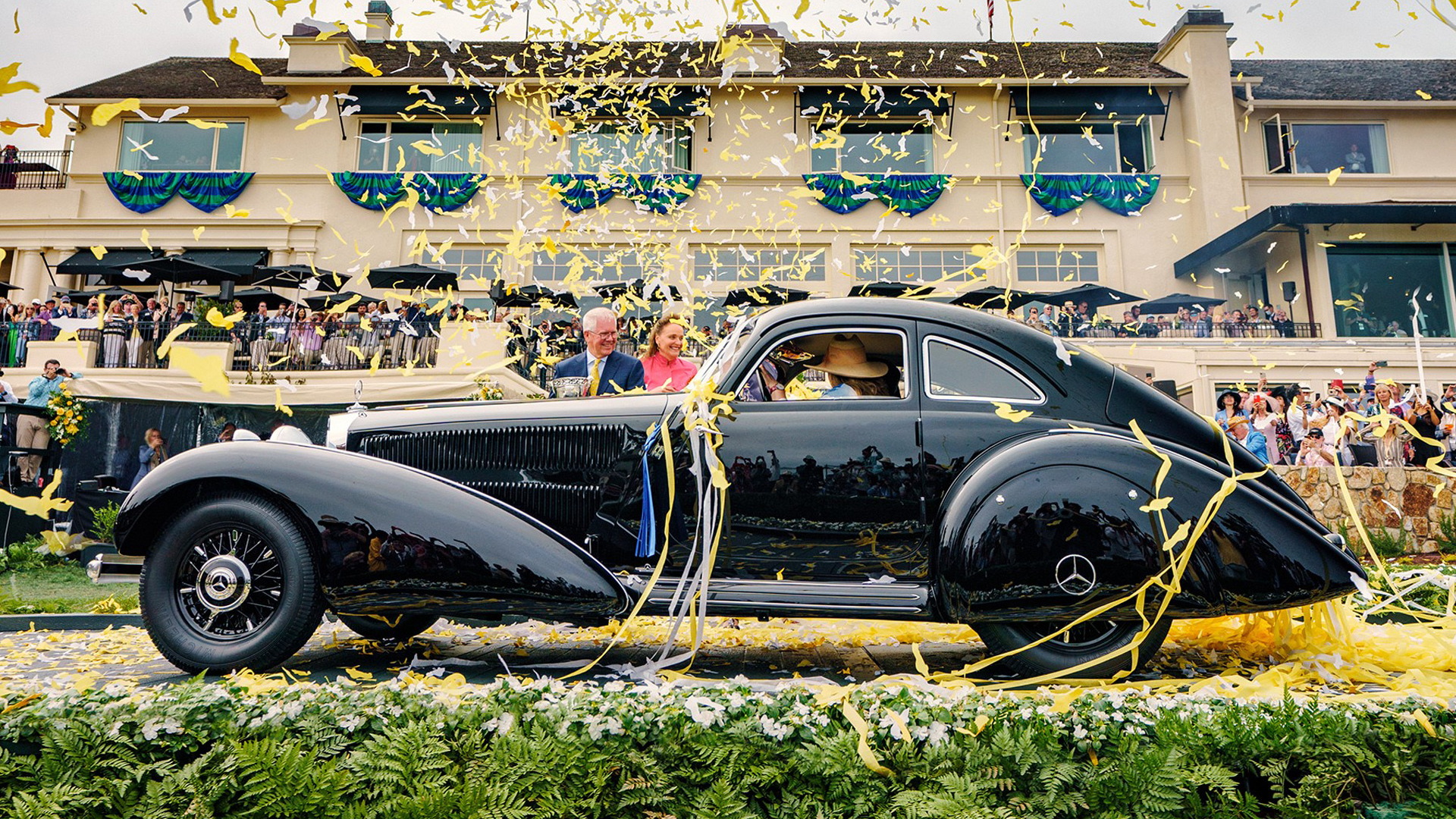 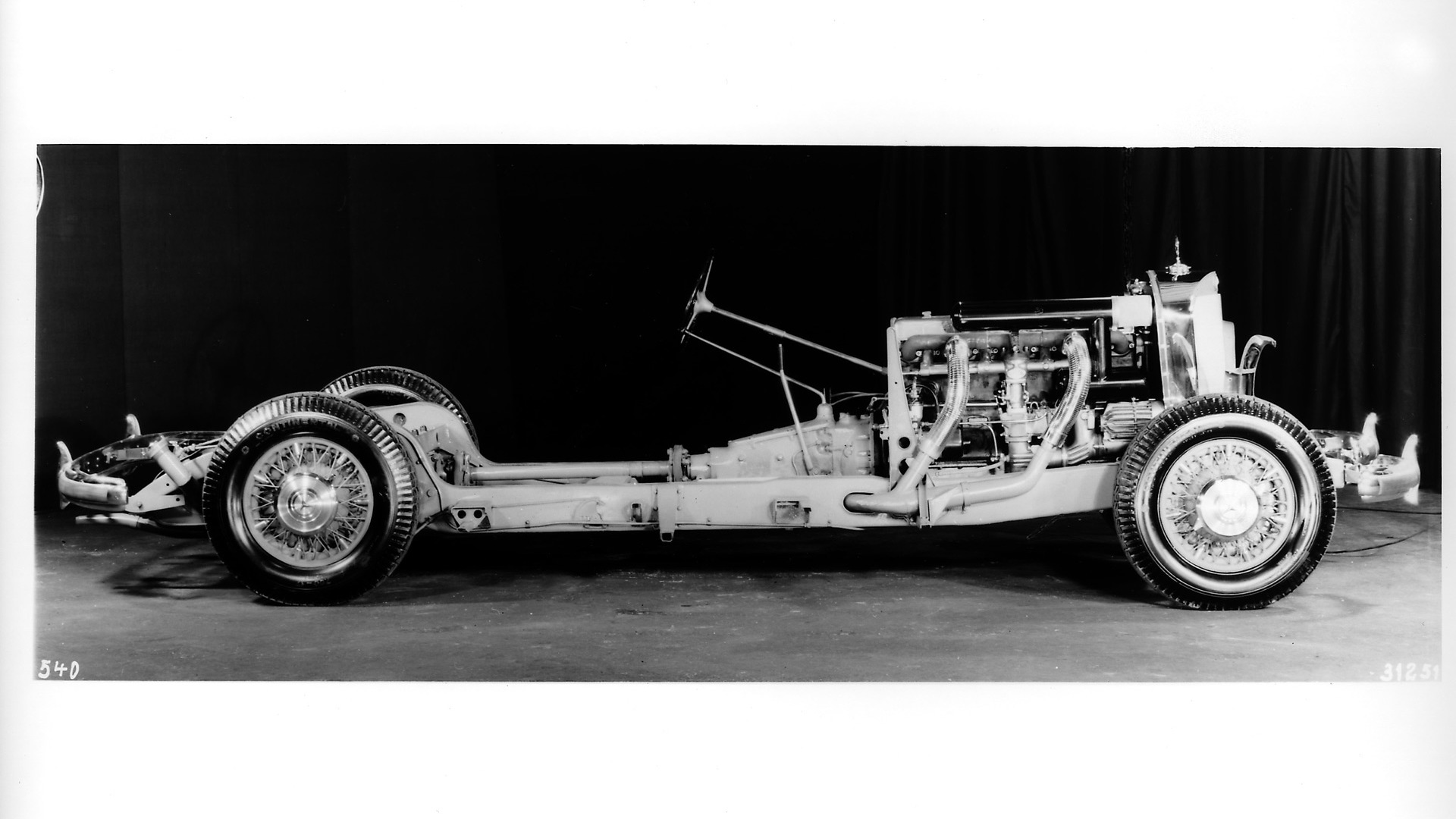 It was the ninth time a Mercedes has taken home the prestigious award, a record number that is shared with Bugatti.

This particular 540K, currently part of the The Keller Collection of Petaluma, California, is a rare fastback coupe known as the Autobahn-Kurier. Just three were built, and this one is the only survivor. It's the example Mercedes first presented during the 1938 Berlin Motor Show.

This one was created in-house at Mercedes' Sindelfingen factory near Stuttgart, Germany, on the supercharged 540K chassis. The chassis boasts independent double-wishbone suspension up front and a swing axle setup at the rear. The engine is a 5.4-liter supercharged inline-8 good for about 180 hp, and paired with a 4-speed manual.

Just 406 540Ks were built during the original production run between 1936 and 1939. It was a time when style was as important as function, and there was no such thing as “over-engineered.”

And the Autobahn-Kurier, as the name suggests, celebrated a period of German excellence that began in the 1920s and culminated in the construction of the Autobahn network.

This one remains in a highly original condition, due in part to it remaining with its original owners for most of its life. The car was commissioned by Ignacio Barraquer, an eye doctor from Barcelona, Spain. His family retained ownership until 2004, when it was sold to current owner Arturo Keller. After its sale, the car underwent a restoration by Paul Russell.

The Pebble Beach Concours concluded this year's Monterey Car Week. For full coverage on the California car mecca, head to our dedicated hub.