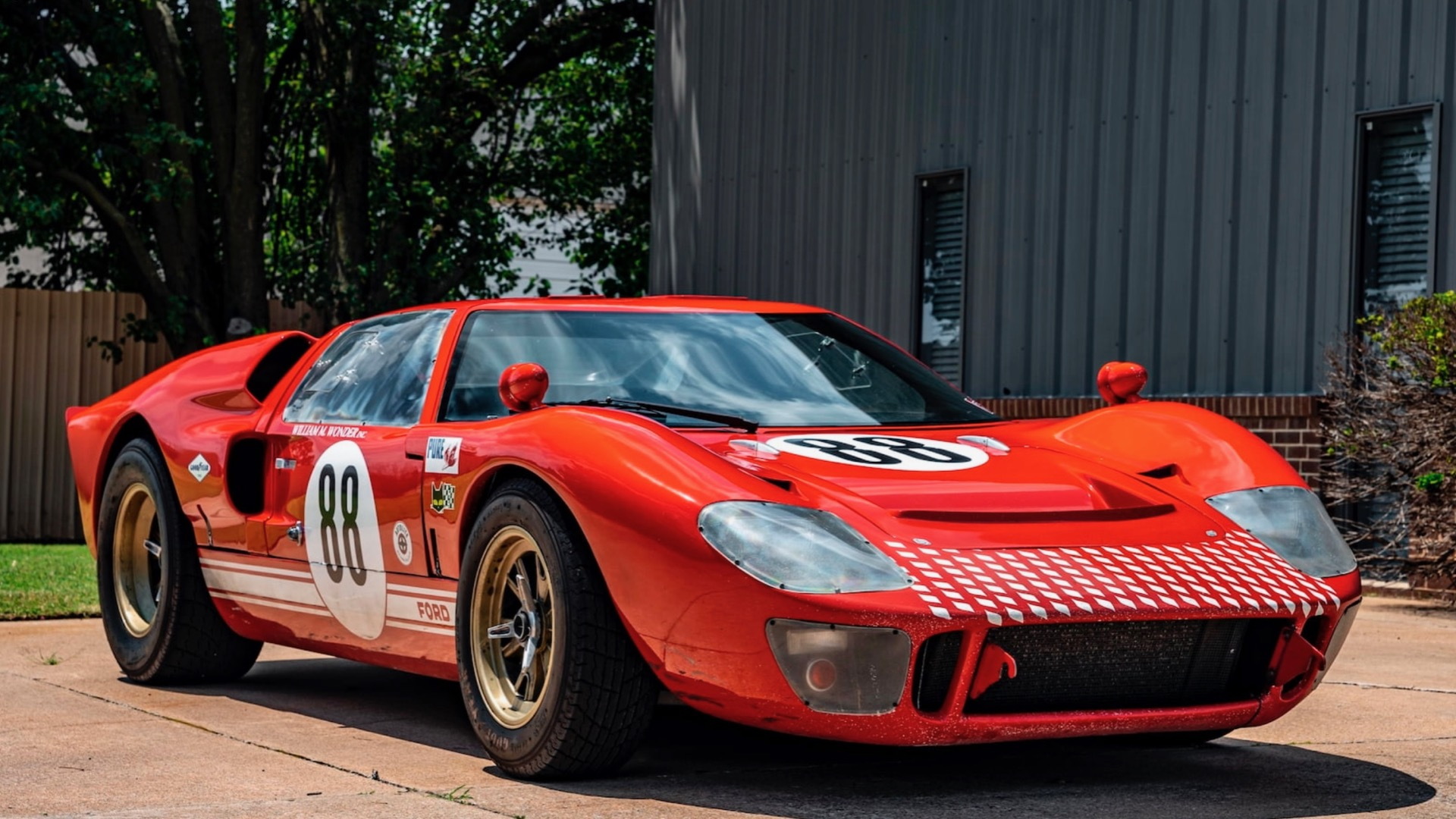 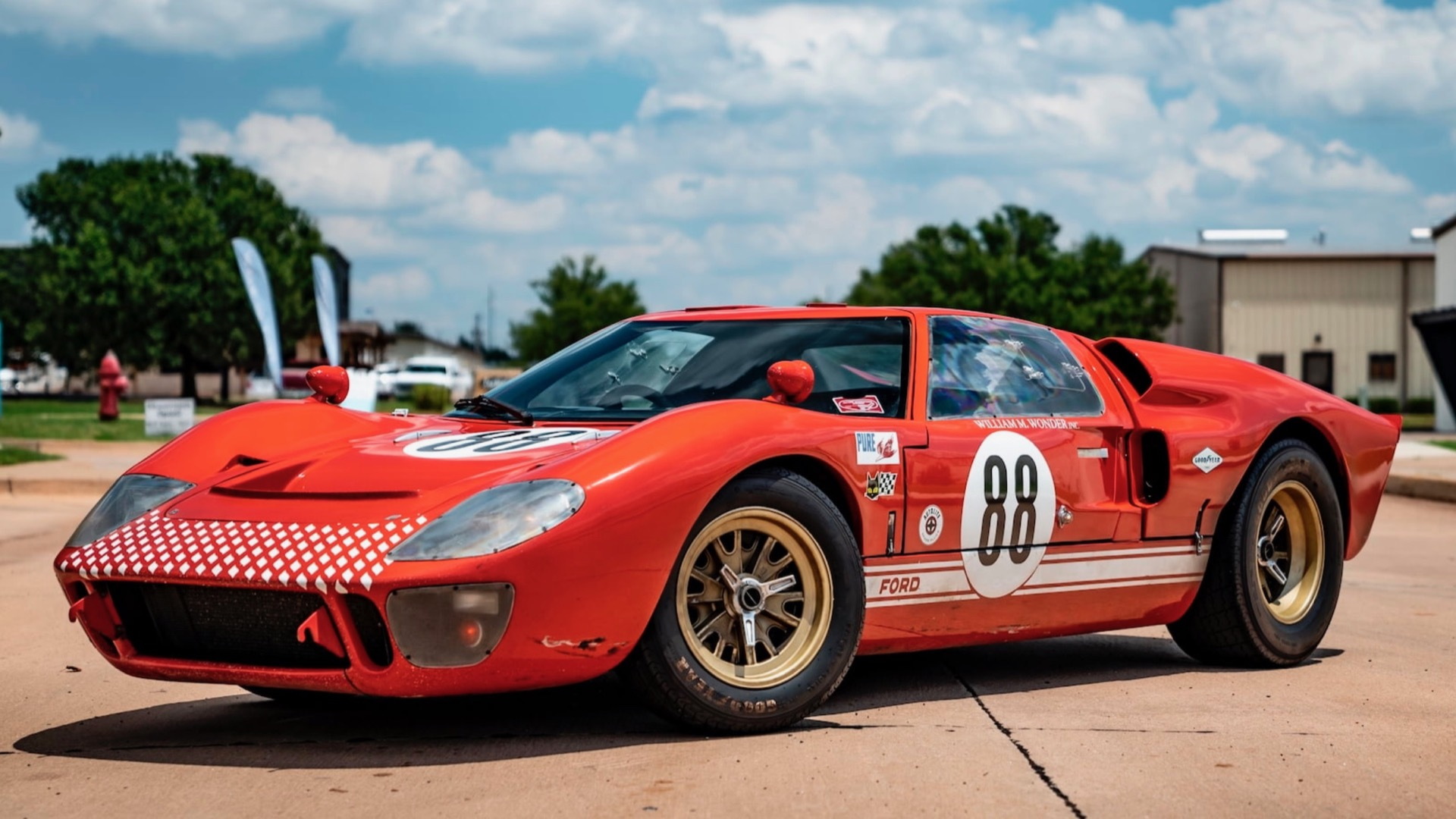 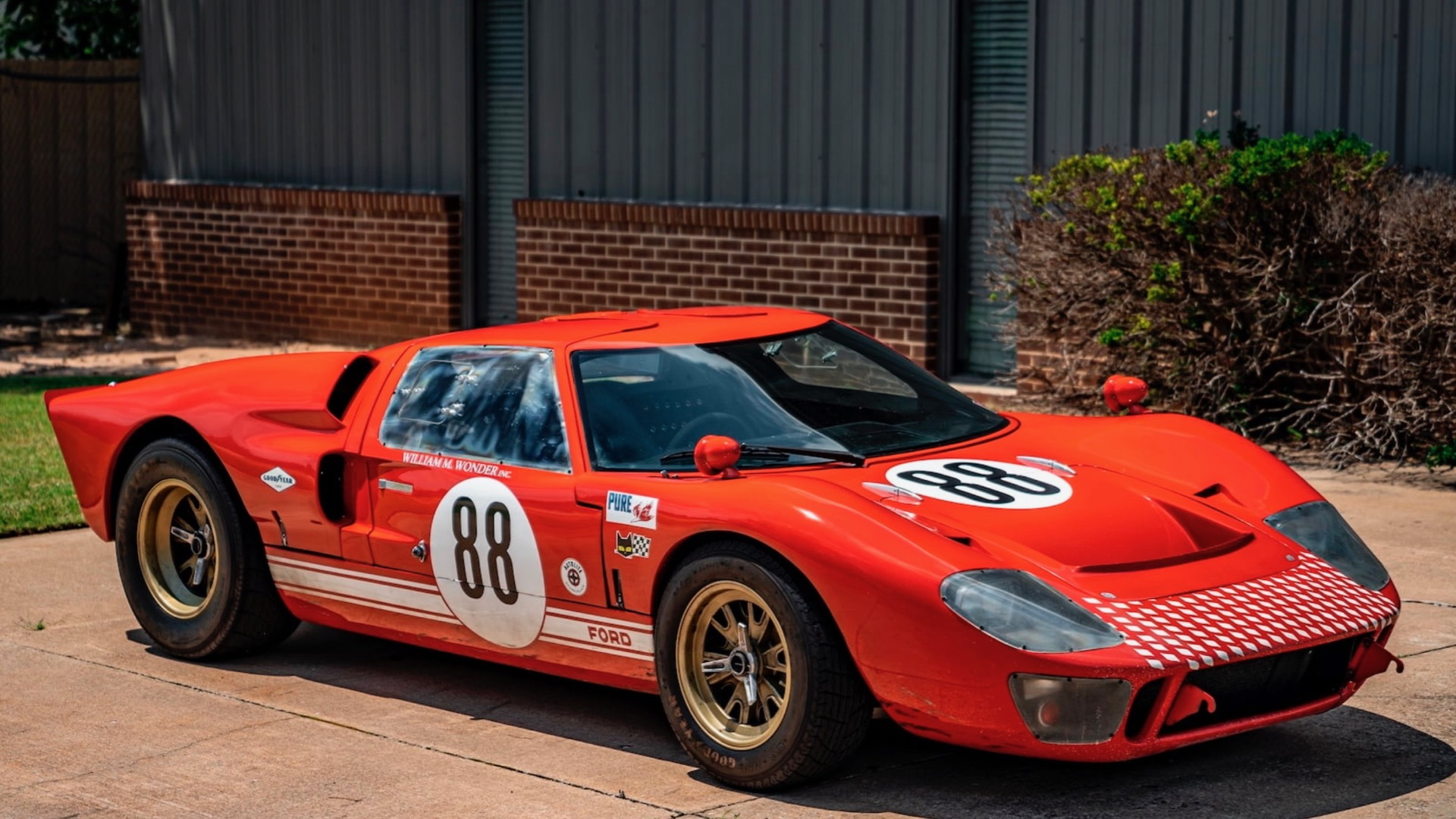 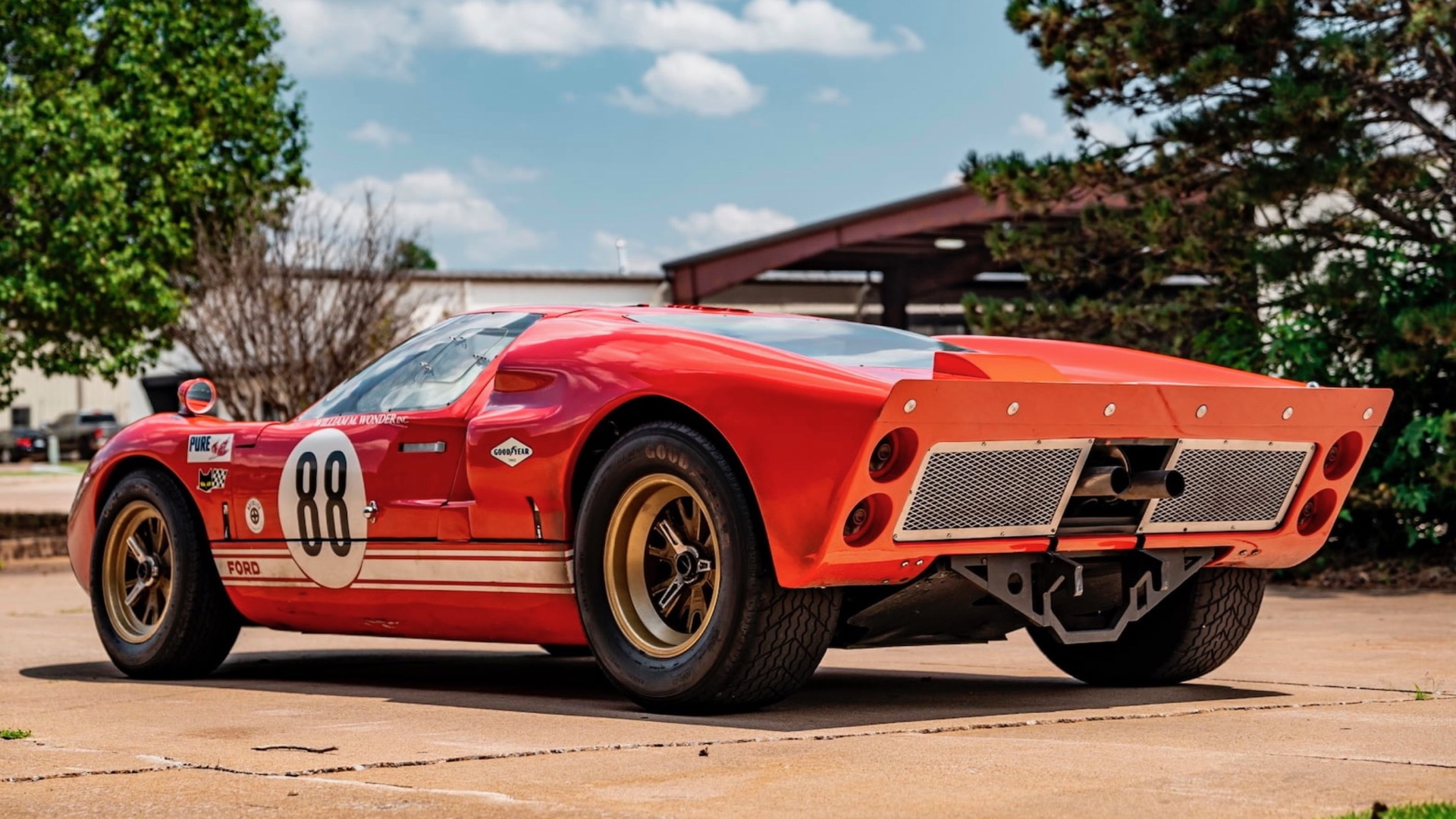 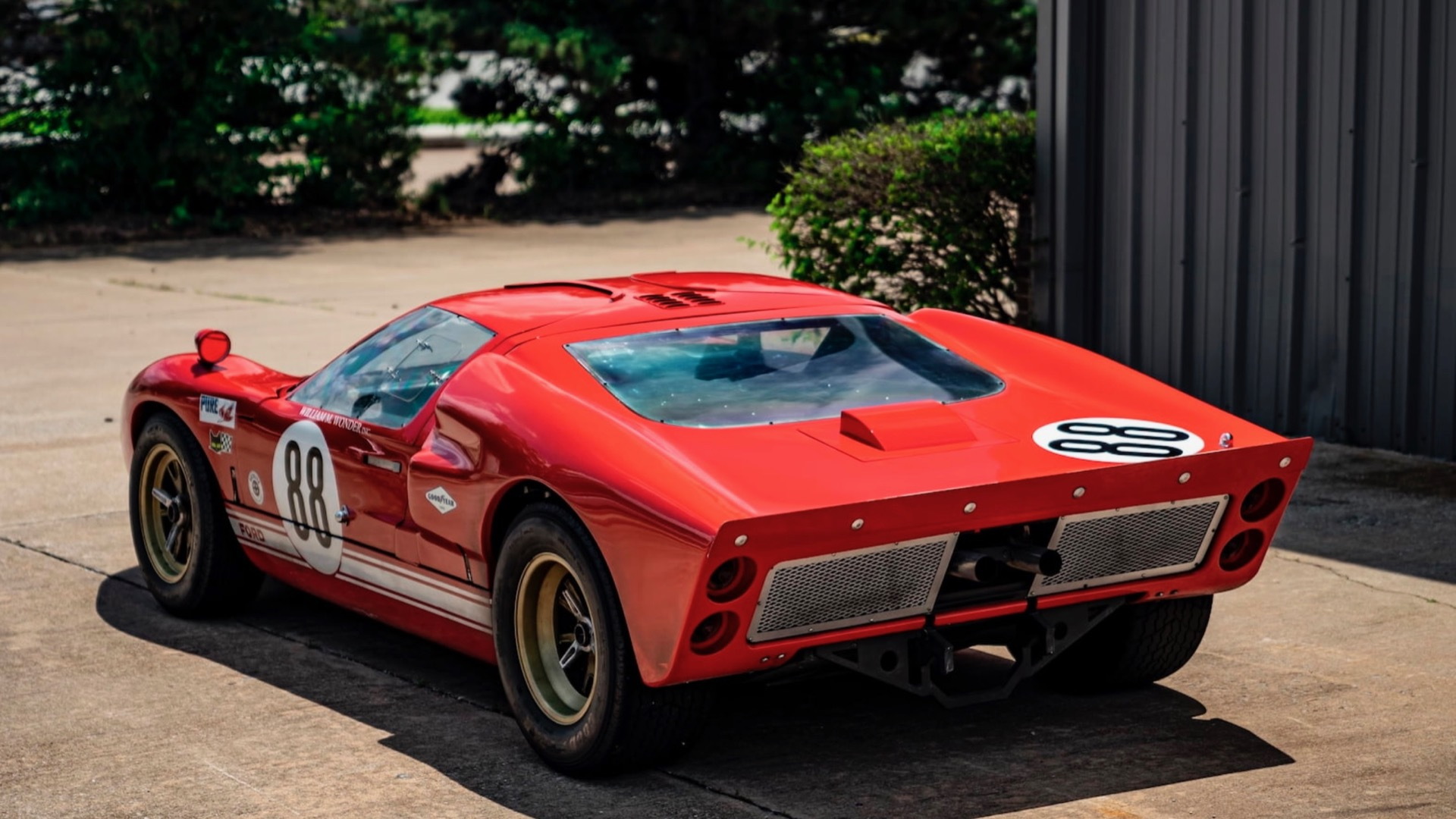 A 1966 Ford GT40 replica used in the filming of "Ford v. Ferrari" is headed to auction with Mecum. It's scheduled to cross the block at the auction company's Dallas sale, scheduled for September 8-11.

Released in 2019, "Ford v. Ferrari" told the story of Ford-backed Shelby American's victory over the Scuderia at the 1966 24 Hours of Le Mans with the GT40. Because real GT40s are rare and expensive, the production team used replicas like this one.

This car is one of six built by Race Car Replicas (RCR) for the movie, playing two roles according to the auction listing. For the Le Mans scenes, it was dressed as the number 3 car, driven by Dan Gurney and Jerry Grant. That car didn't finish the real-life 1966 Le Mans, and it's barely shown in the movie. Gurney won Le Mans in 1967, co-driving the later GT40 Mk IV with A.J. Foyt.

As shown here, the car also wore the livery of the number 88 GT40 of William Wonder, for a scene depicting the 1966 24 Hours of Daytona. A 5.7-liter V-8 sits behind the driver, powering the rear wheels through a 6-speed manual transmission, but the listing doesn't include any other specifications.

A signed movie poster and documentation (including a title) are included with the sale, per the listing.

If you just want a car and not a movie prop, Superformance offers its own GT40 replicas, alongside replicas of the Shelby Cobra, Shelby Cobra Daytona Coupe, and the original Corvette Grand Sport. The company is even working with U.K.-based Everrati on an electric GT40 replica.