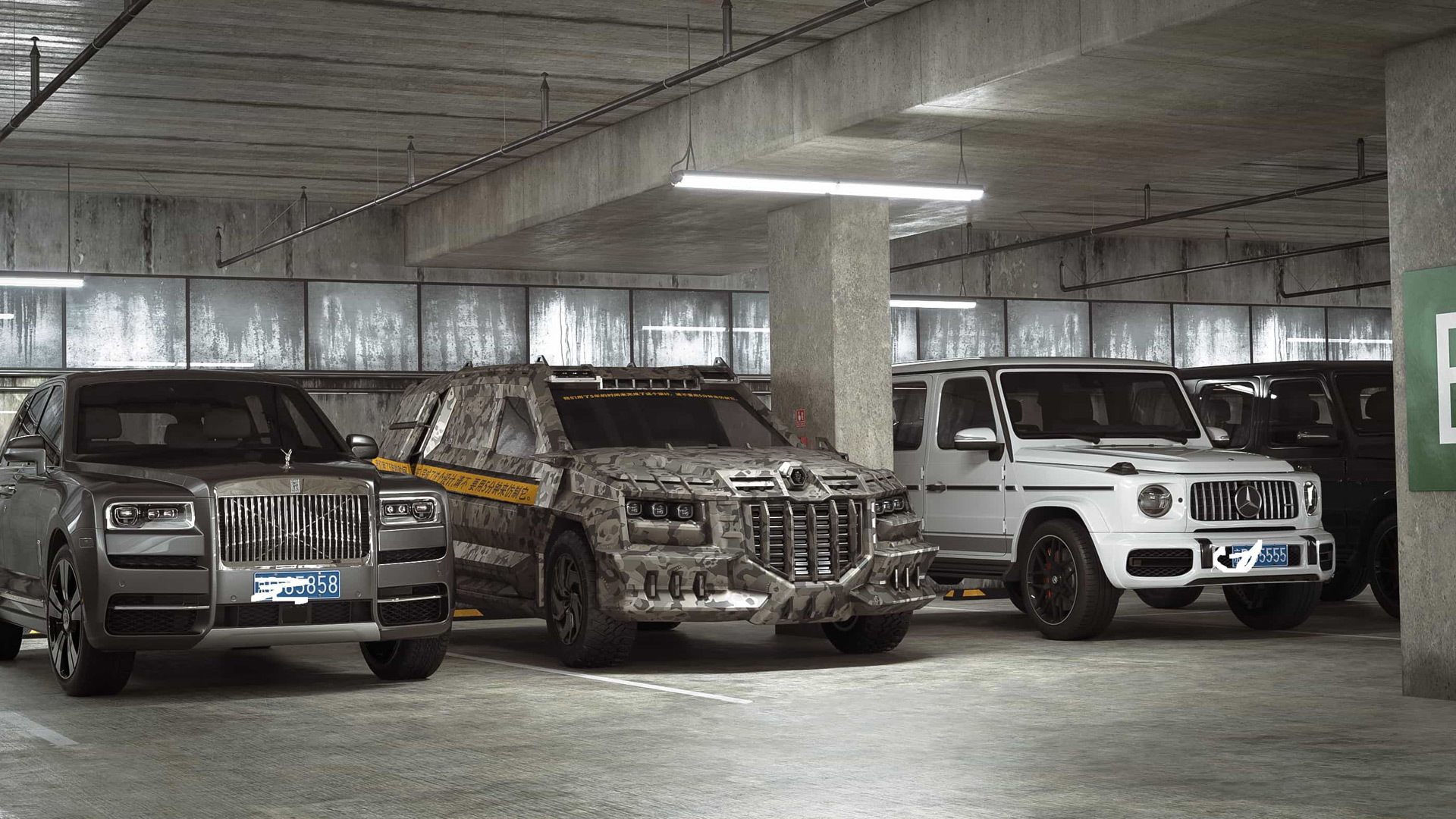 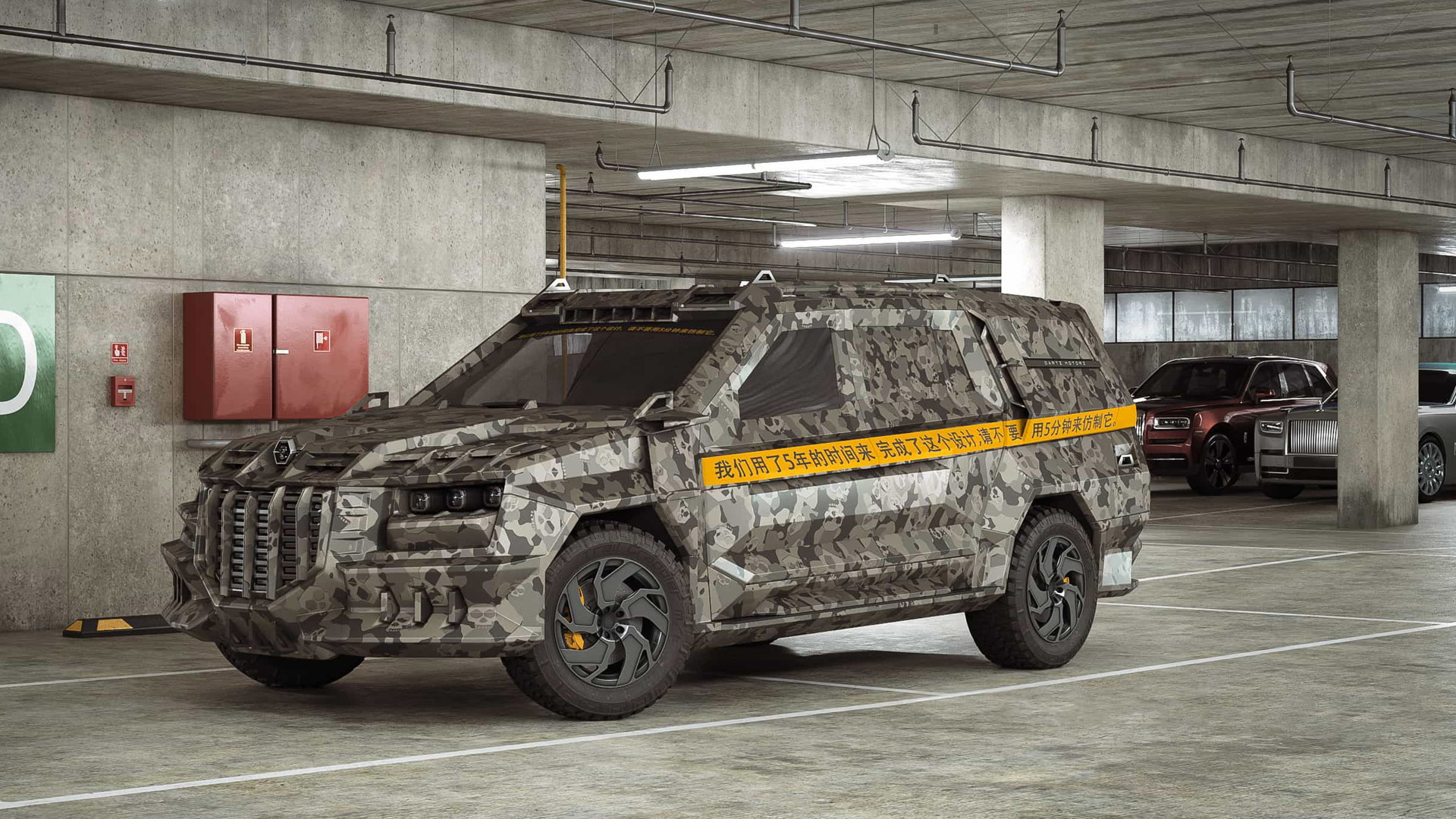 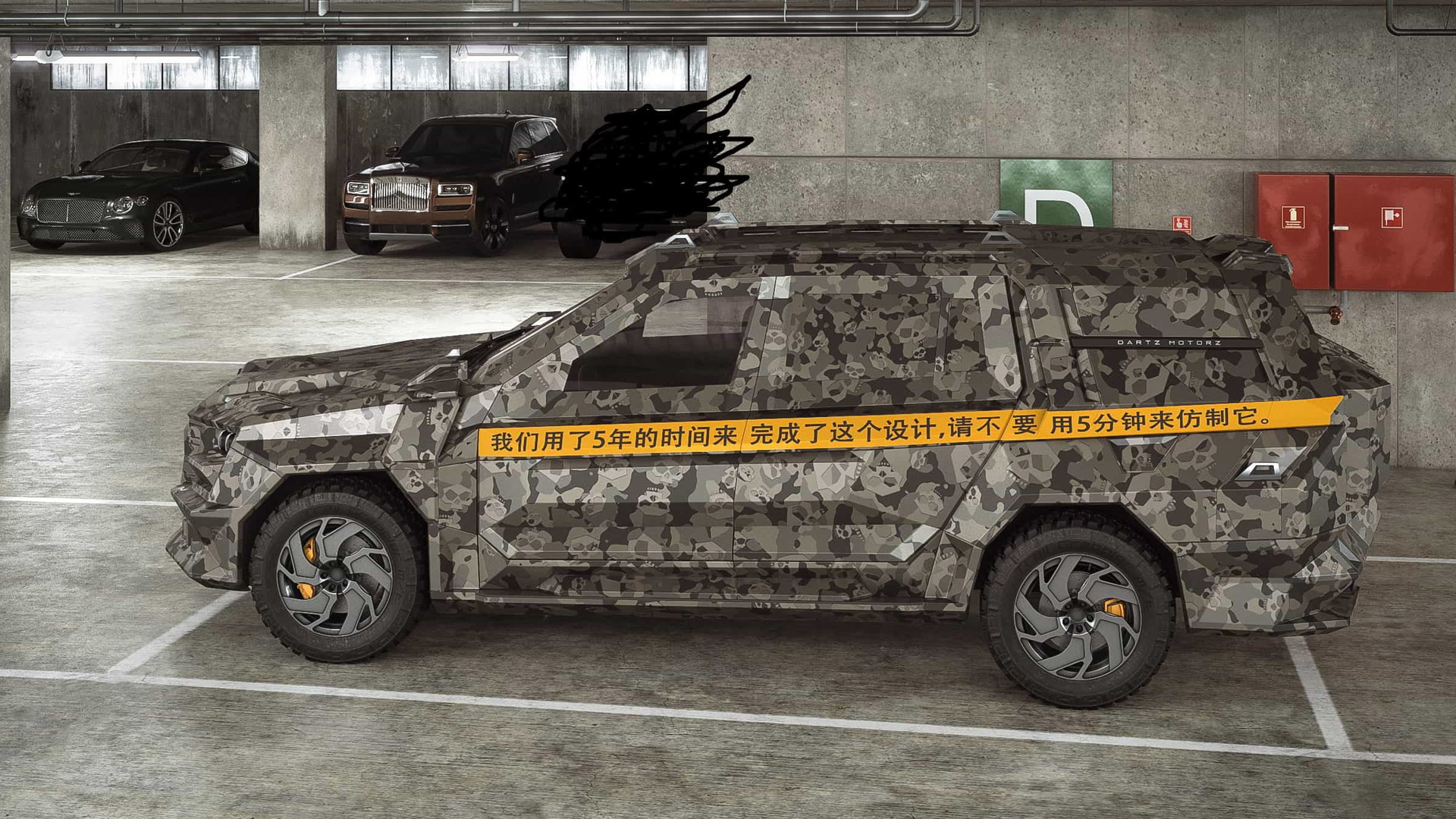 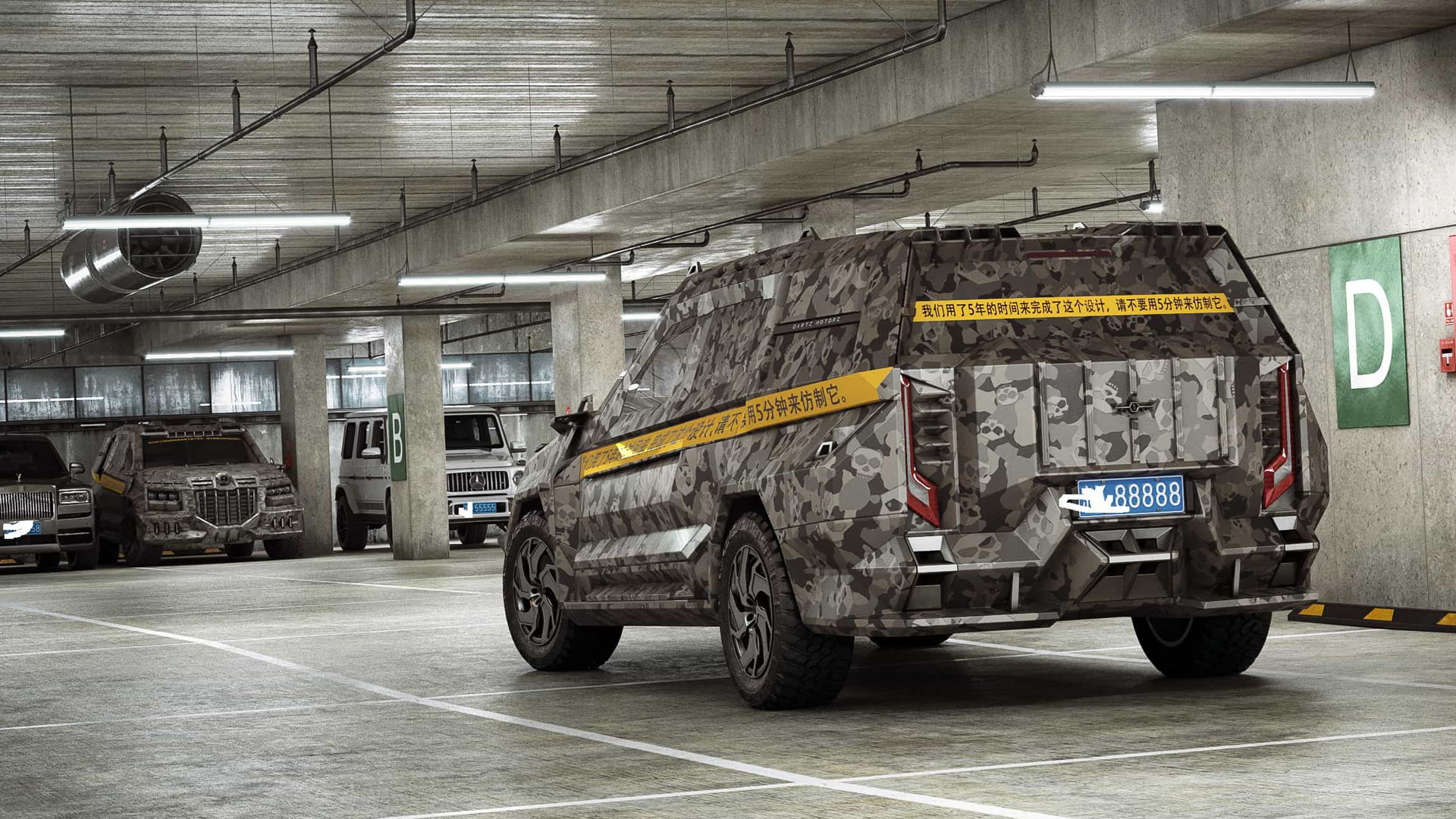 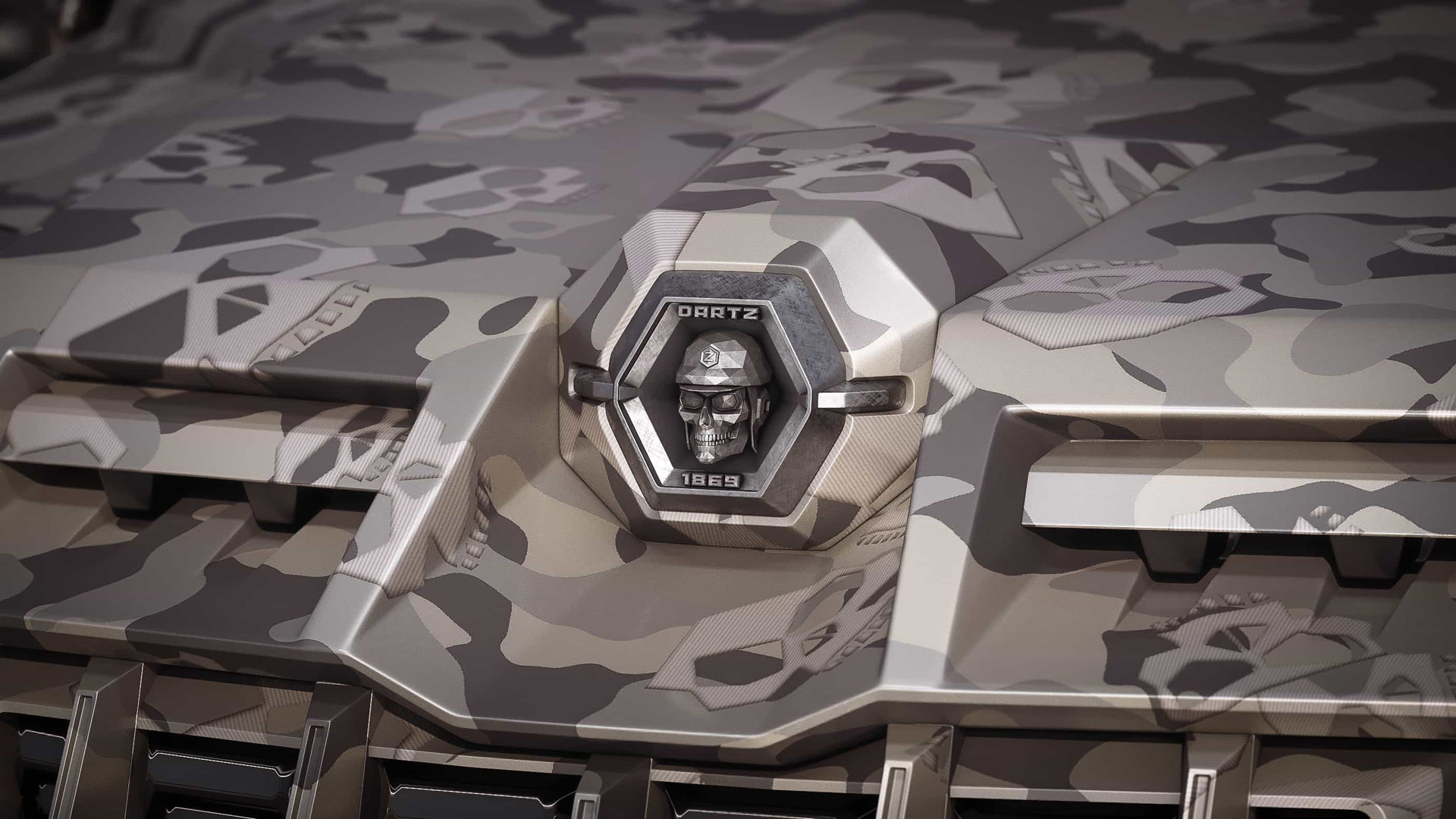 Dartz has just launched a brand for affordable electric vehicles, but the Latvian company known for wild SUVs is still churning out the over-the-top land yachts.

The updated SUV is set to be unveiled after this month's Chinese New Year festivities but photos have already surfaced. The photos were sent to Motor Authority by the vehicle's owner who lives in China. It is believed that his is the first customer example of the Black Alligator MMXX.

For the update, the SUV has taken on a new and much more refined design than the original Black Alligator, especially up front where there's a new grille that looks to have been inspired by the mask of Batman antagonist Bane.

The vehicle also sports Dartz's new logo, known as the Spirit of Bomber (a play on Rolls-Royce's Spirit of Ecstasy), which signifies Dartz's connection to Russo-Baltique. The historic Russian automaker was founded in 1869, originally as a wagon manufacturer, and Dartz's founder, Leonard Yankelovich, is a descendent of one of the shareholders of the original company. Russo-Baltique later expanded into aviation, building aircraft that were used as bombers during the First World War, hence the military theme of Dartz's new logo.

Dartz is saving the full details on the Black Alligator MMXX for later in the year but we know the SUV, like the current Black Alligator, is based on the bones of a donor Mercedes-Benz AMG GLS63. All Dartz is willing to say right now is that the flat roof has been designed to fit a landing pad for a drone, and that each customer has the option to add some of the best armor protection available for civilian use.