The DeLorean DMC-12 turns 40 this year and the Texas company restoring and servicing the surviving examples looks to be celebrating with a planned reveal of a modern take on the automotive icon.

DeLorean Motor Company based in Humble, Texas, on Thursday posted to social media a shadowy teaser image of a modern version of the DMC-12 juxtaposed with a photo of the original taken on the day production started back in 1981.

The modern version was designed by Italdesign and it isn't clear at this point whether an actual vehicle has been completed or simply a design. 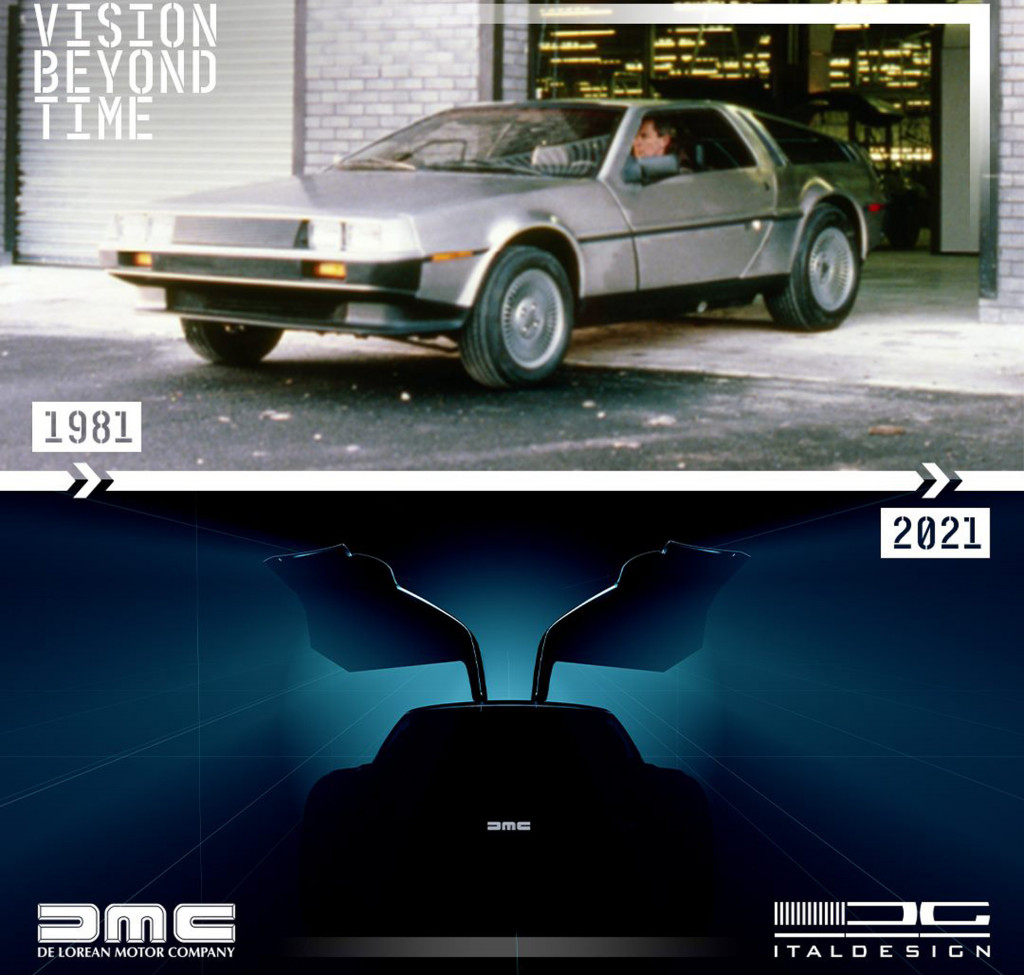 Included in the post was the text, “what better way to celebrate an icon of automotive history than a sneak peek of the (near) future? Stay tuned for more...”

Whether or not a modern DMC-12 is coming, DeLorean Motor Company is now clear to build replica examples of the original thanks to new regulations laid out by the National Highway Traffic Safety Administration this month for low-volume manufacturers. Under the regulations, DeLorean Motor Company would be able to build up to 325 replicas annually, something the company has been hinting at for years. It even started accepting pre-orders in 2016.

The last we heard, the replica versions could be powered by 350-horsepower engines certified by the EPA and CARB, a far cry from the 130-hp weakling of the original. The replicas are also likely to come with modern safety and tech features, including ABS and electronic traction and stability control systems, as well as infotainment systems with navigation.