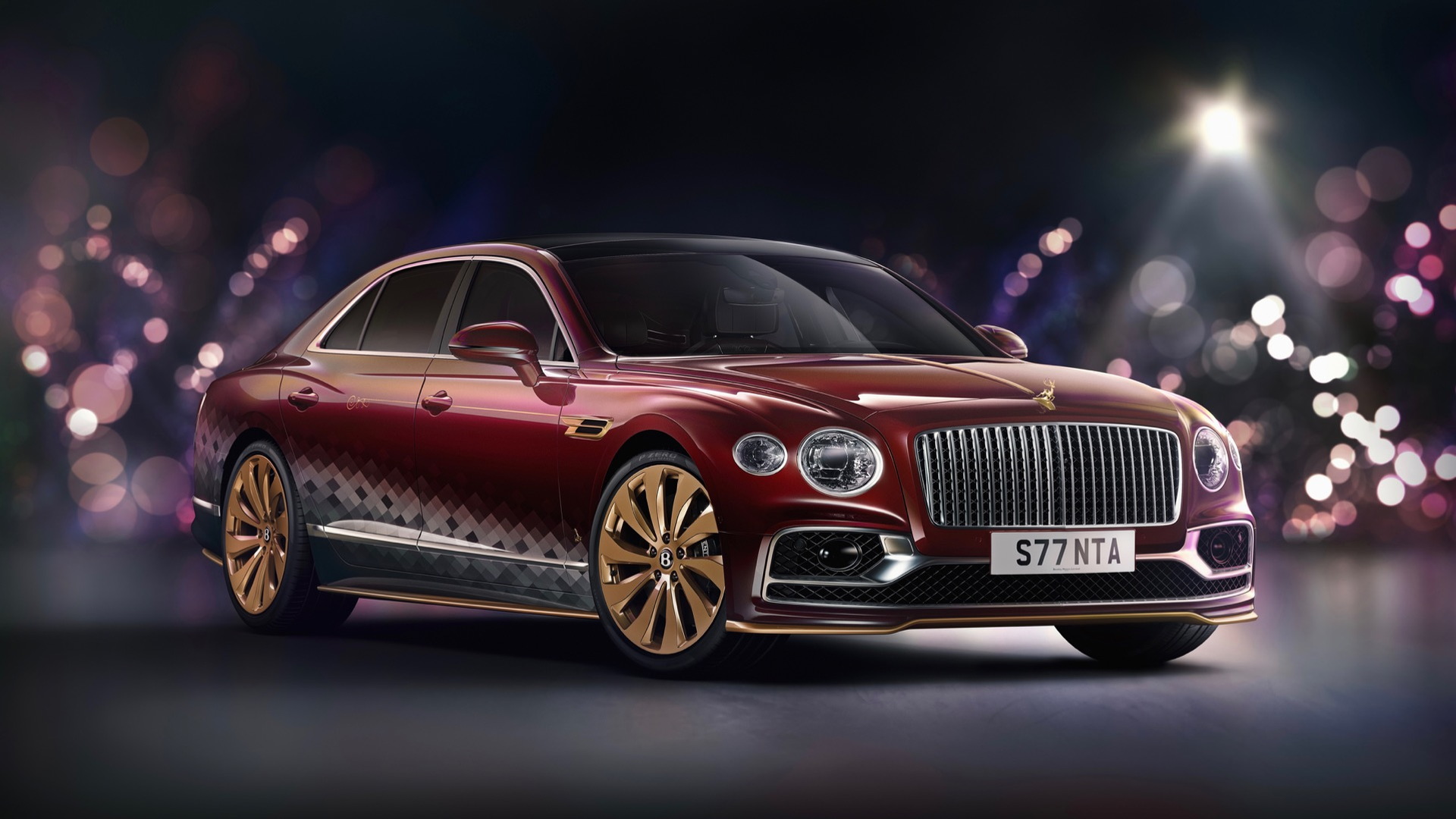 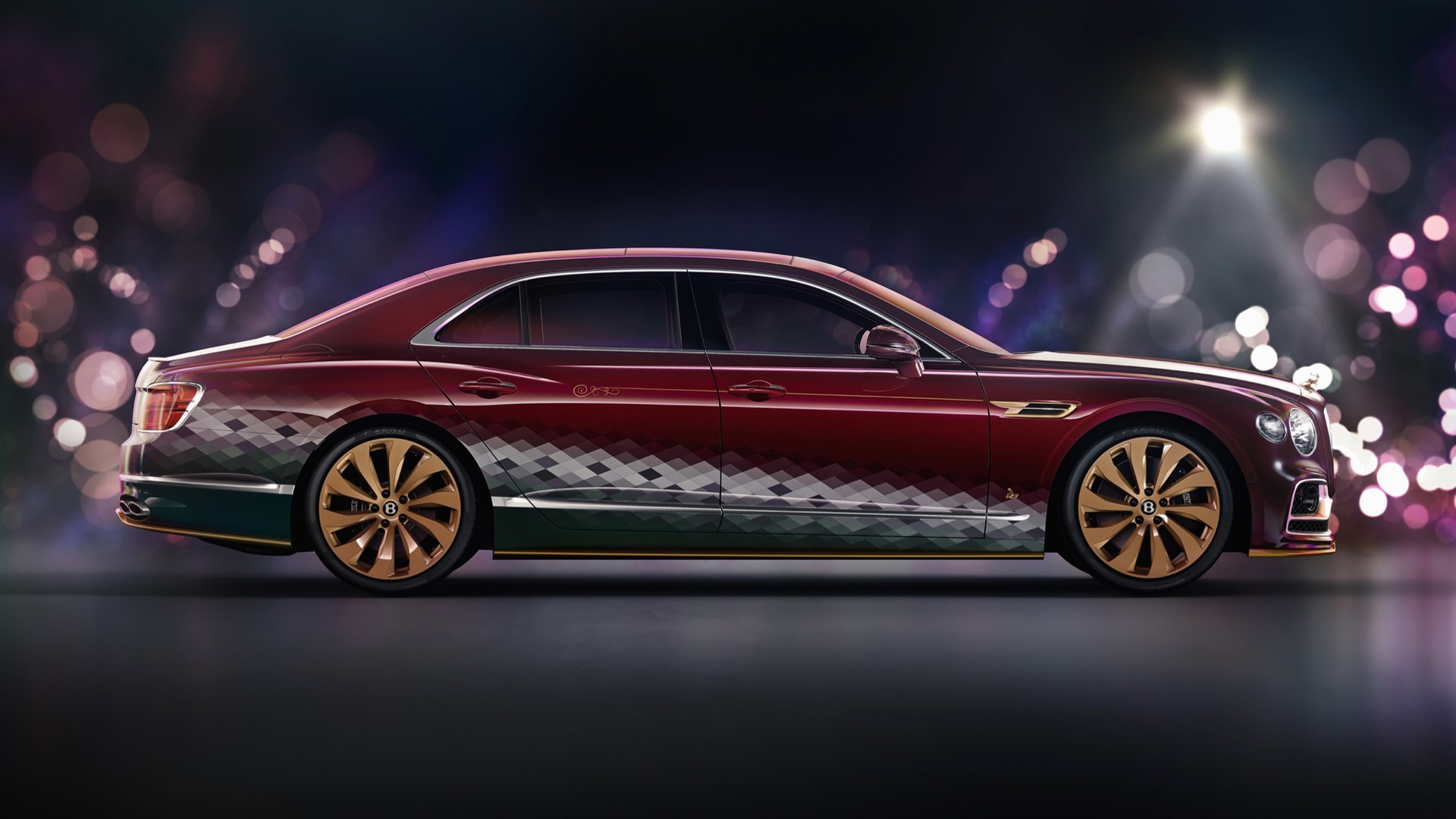 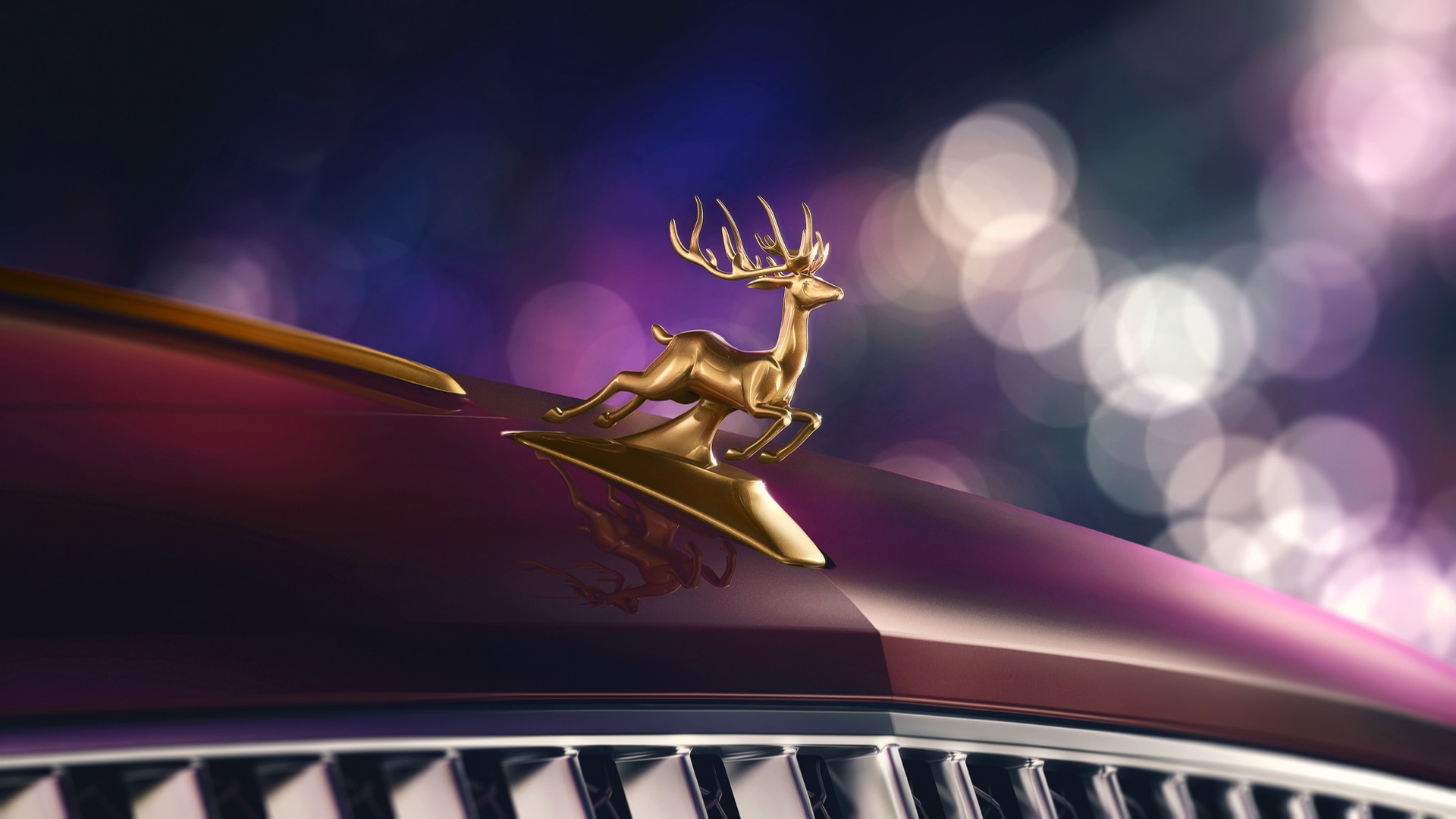 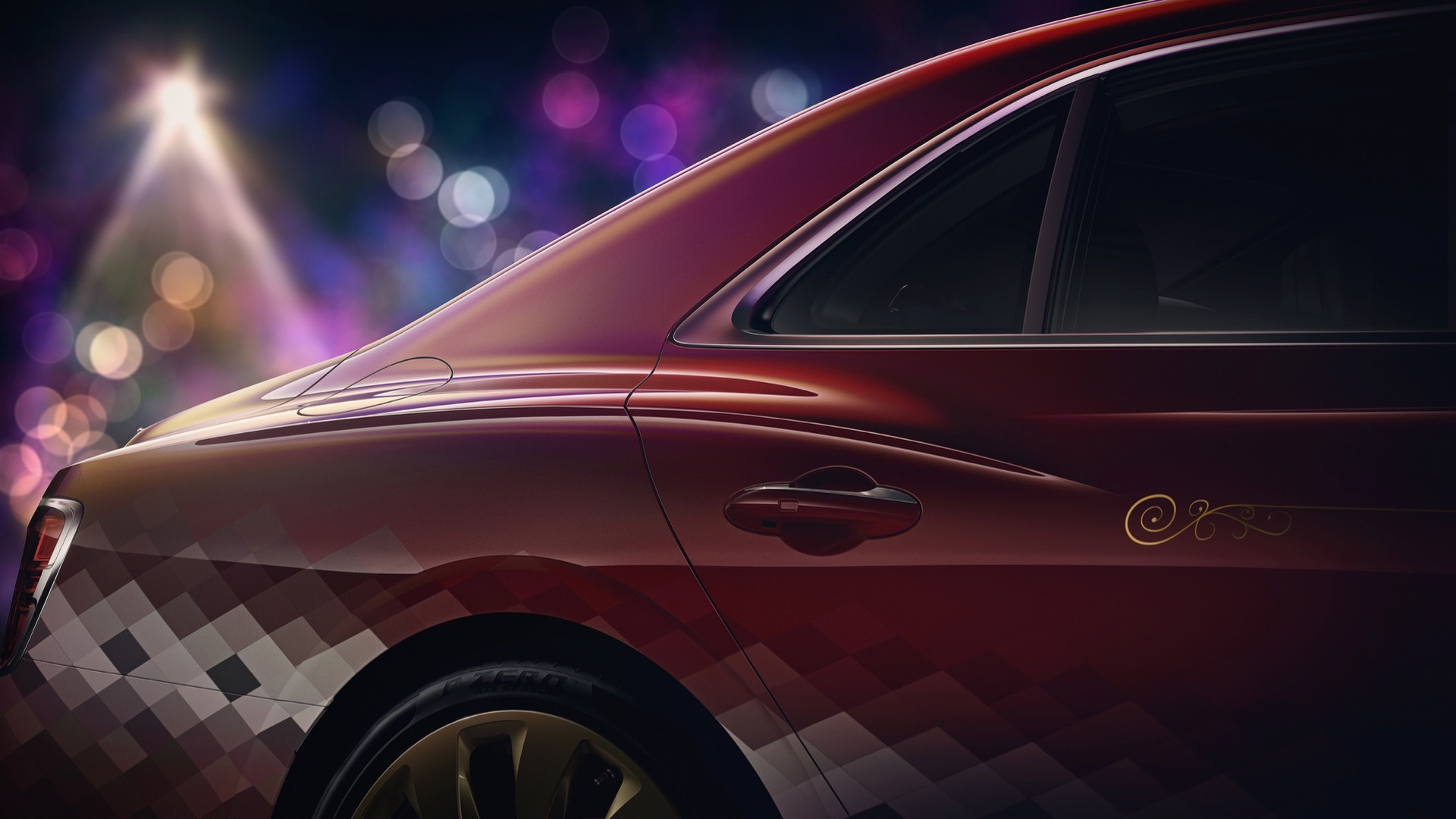 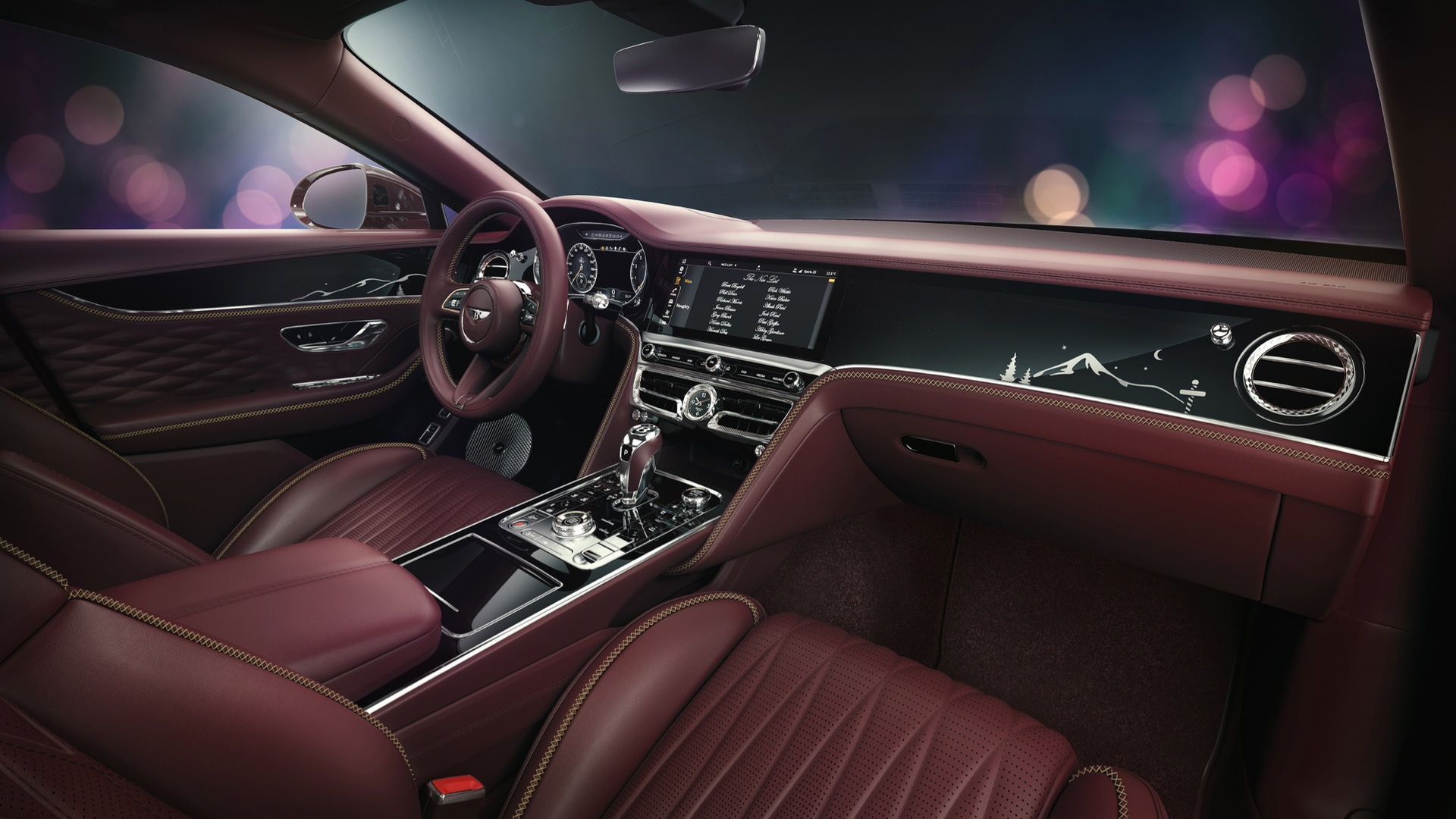 Looks like Santa Claus is getting a new sleigh. According to Bentley, Santa has worked with the company's Mulliner personalization division to order a one-off Christmas-themed Flying Spur dubbed "Reindeer Eight."

Bentley revealed the customized Flying Spur V8 last Friday, complete with a 3D-printed reindeer hood ornament in place of the traditional "Flying B." The paint color is called Cricket Bauble, a Christmas-themed play on Bentley's Cricket Ball dark red paint. A diamond graphic running along the bottom of the car represents snow-covered mountains.

To be clear, Bentley actually built the car for the fictional St. Nick.

The sedan boasts a carbon diffuser, carbon side sills, and a trunk-lid spoiler for "maximum aerodynamic performance at cruising altitude," Bentley said in a press release. The rest of the exterior brightwork is gold, along with the 22-inch wheels.

Leather seats with hand-applied cross stitching get heating, ventilation, multi-mode massage, adjustable bolsters, and top tilt—a feature that should come in handy for Santa's long one-night journey. The Bentley Rotating Display also has Santa's "naughty and nice" list pre-loaded into the navigation system, while the wood veneer on the dashboard depicts the North Pole at night.

Bentley didn't mention any mechanical changes, so instead of eight reindeer, this sleigh gets eight cylinders. The twin-turbocharged 4.0-liter V-8 produces 542 horsepower and 568 pound-feet of torque. Bentley previously quoted 0-60 mph in 4.0 seconds and a top speed of 198 mph.

“What fun it is to ride in a 542 horsepower sleigh. Plus, there’s space in the back for all my subordinate Clauses. I’m looking forward to putting 41 million miles on the clock before the end of the year,” read a quote Bentley attributed to Santa.

The Flying Spur's all-wheel drive should help Santa deal with winter weather, but with an EPA-estimated 15 mpg combined, he may lose a lot of time to fuel stops during his annual sojourn.