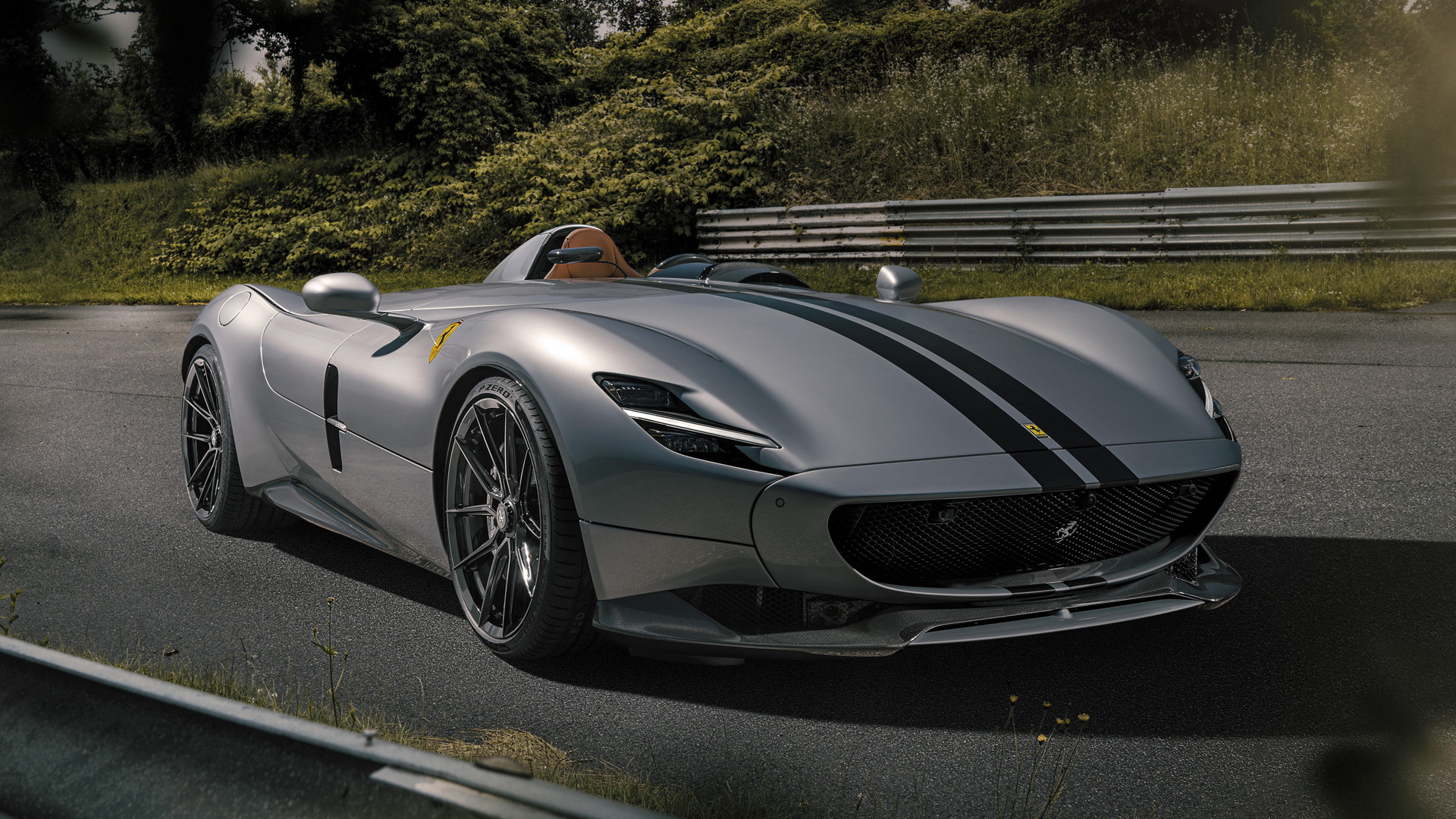 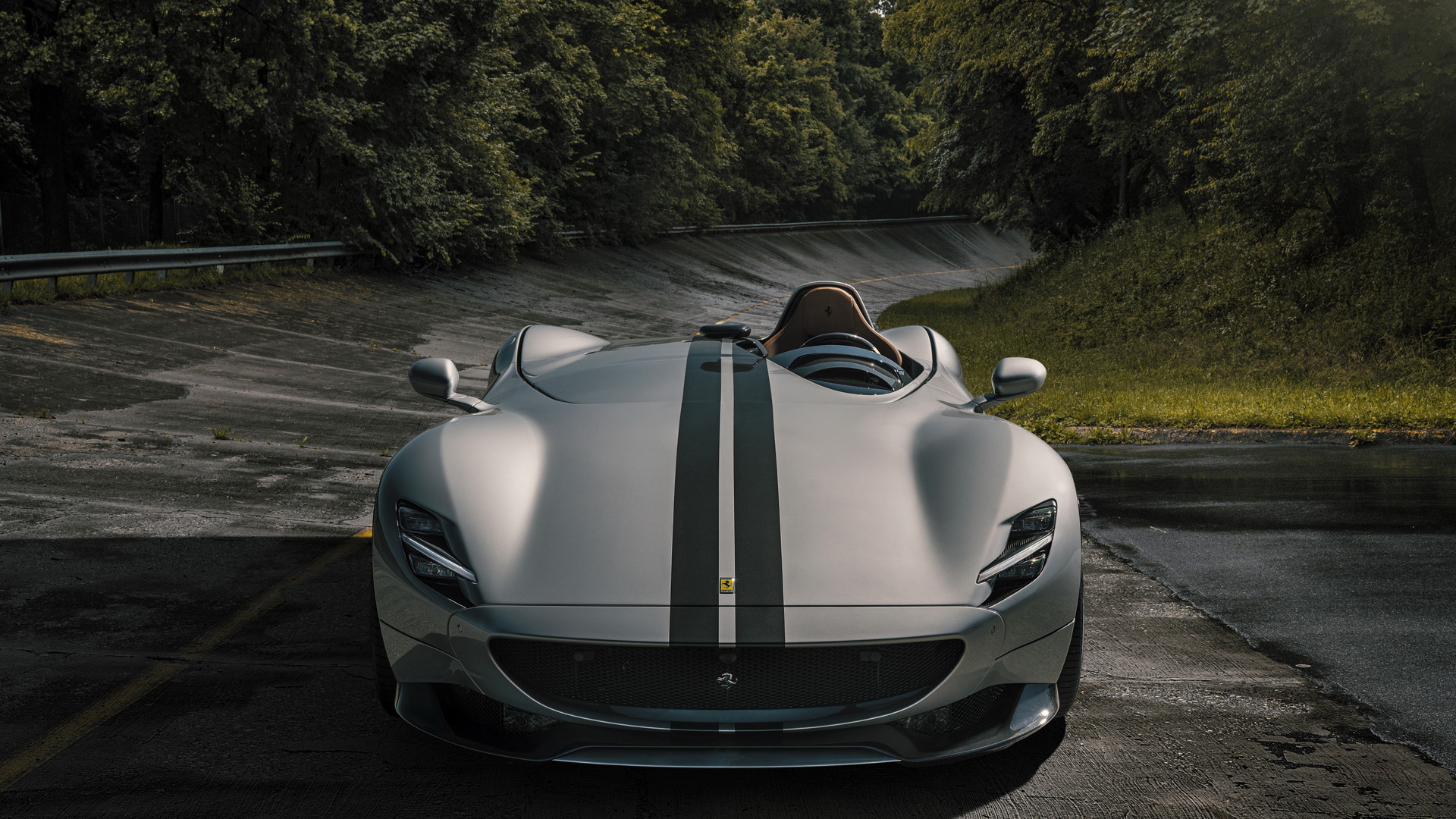 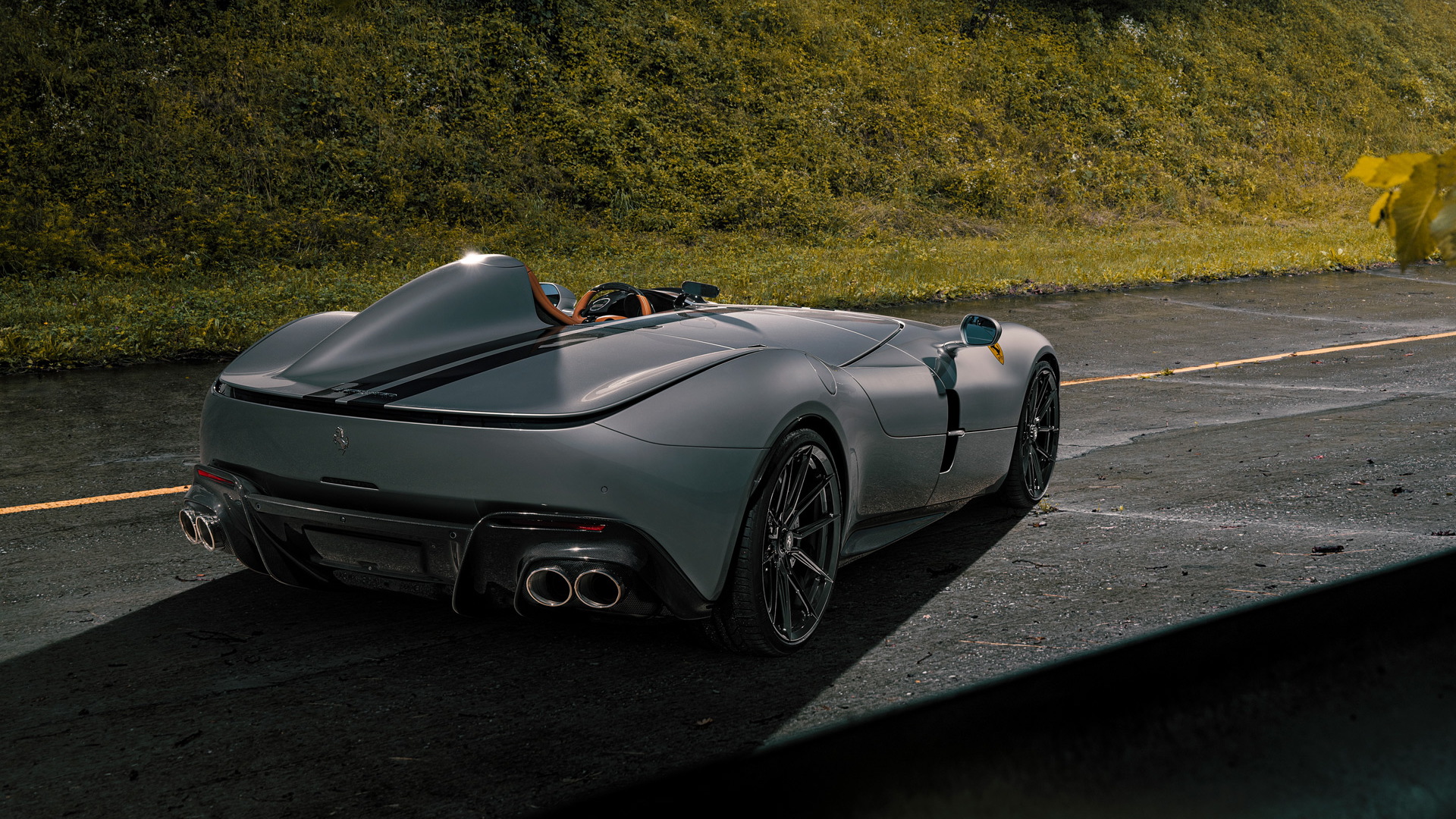 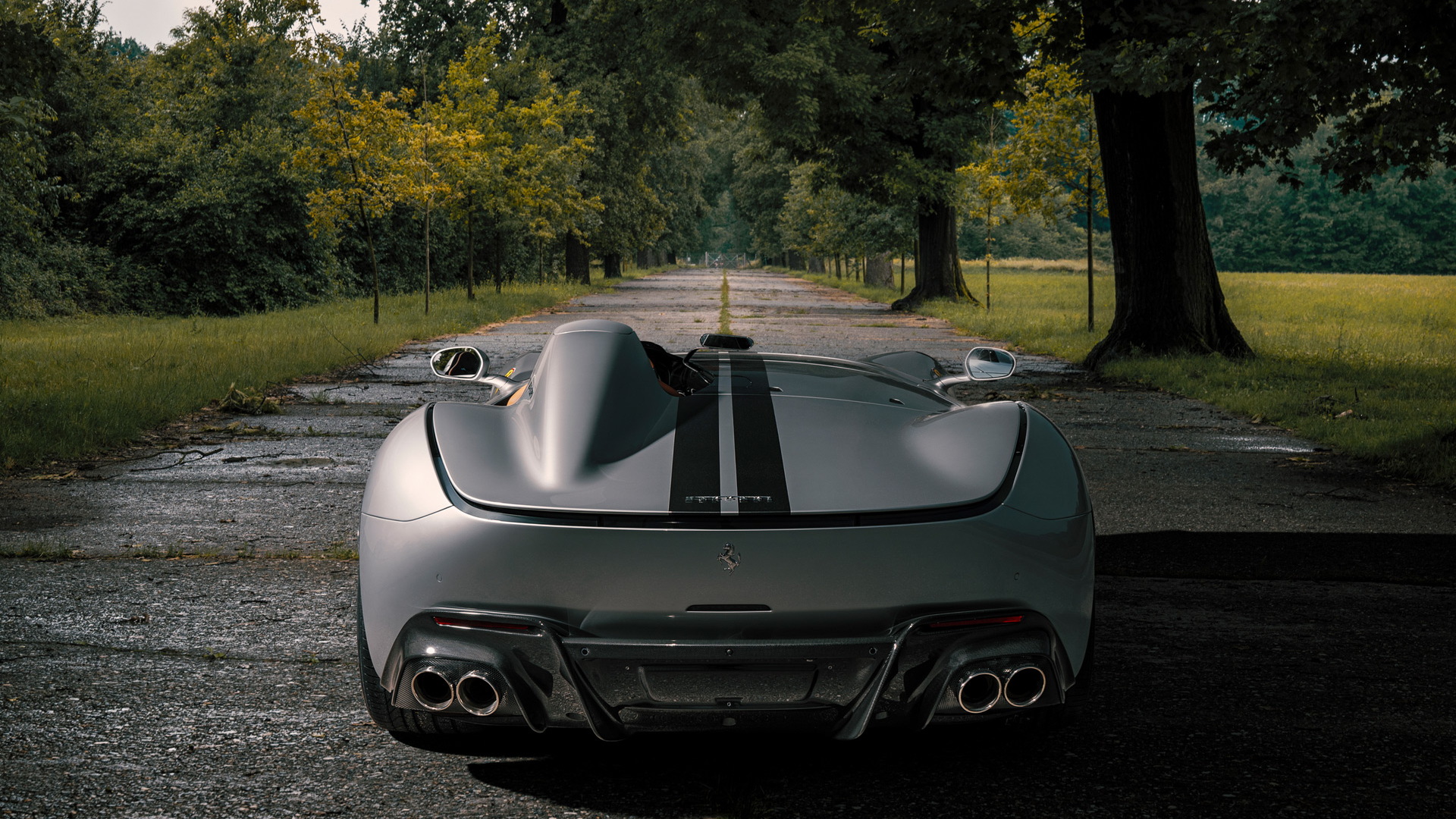 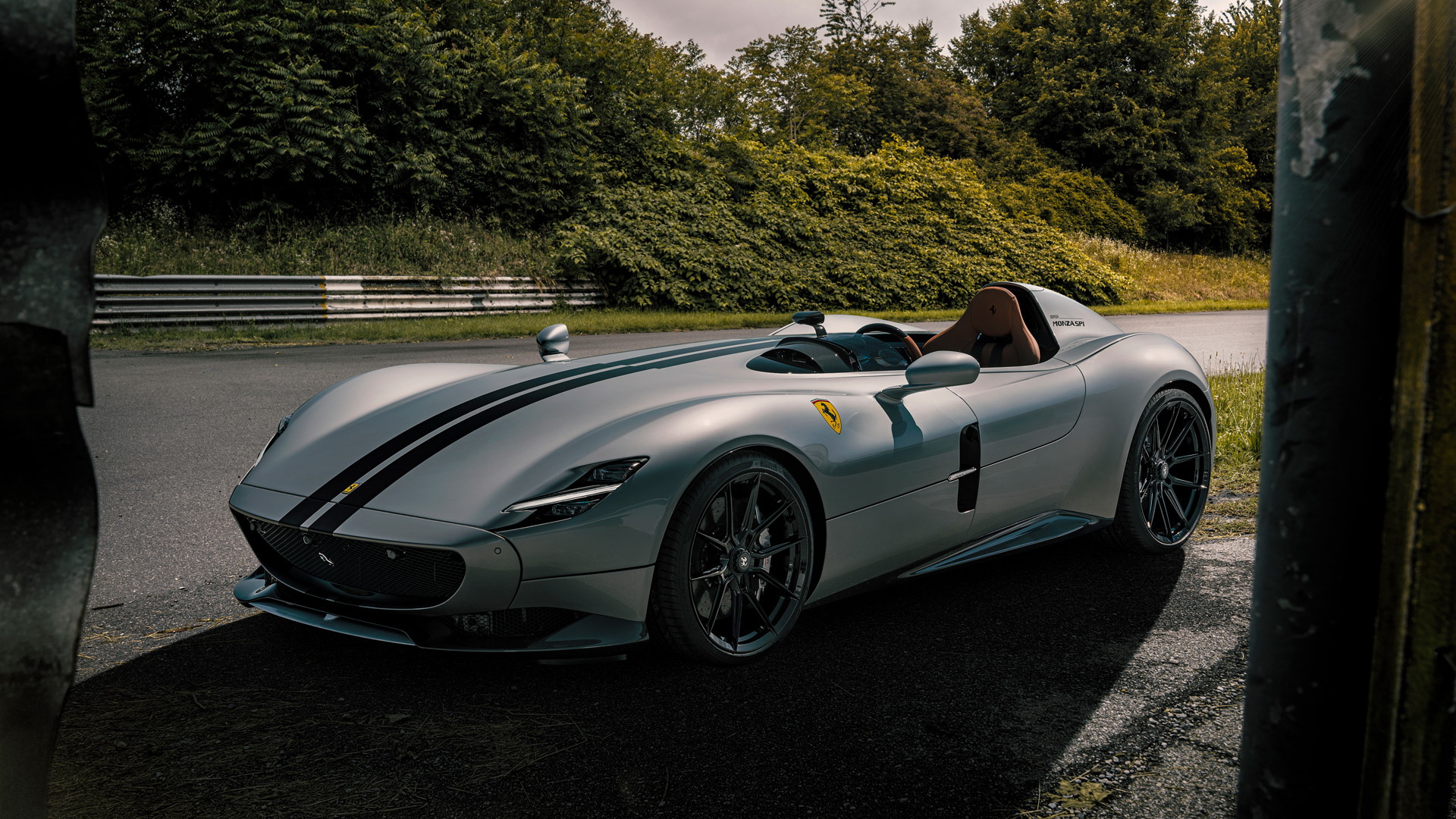 Like the Mona Lisa, Ferrari's Monza SP1 and SP2 roadsters are pure art that shouldn't be messed with. Nevertheless, top tuning firm Novitec has taken on the challenge of enhancing the cars, and thankfully has done so in a tasteful way.

The cars are the first in a new retro-inspired series known as Icona from Ferrari's in-house coachbuilder, the Special Projects division. They made their debut in 2018 and Ferrari hasn't said how many it plans to build, though the number is likely very small. In other words, the number tuned by Novitec will be minuscule.

For the owner brave enough to go the tuned route, Novitec will dial power from the front-mounted 6.5-liter V-12 to 844 horsepower, or 46 hp more than stock. Peak torque will also be raised to 575 pound-feet, up from the stock 530 lb-ft. The result is a car that should sprint to 62 mph from rest in 2.8 seconds and top out somewhere well above 200 mph.

Rather than go the easy route of adding forced induction, Novitec has kept the engine naturally aspirated. The tuner focused on improving airflow, particularly concerning the exhaust. The driver can also alter the volume of the exhaust at the push of a button, and can also choose between pipes purely of stainless steel or Inconel—the same stuff used in Formula One cars. The driver can also choose to have the exhaust plated in gold, which helps with controlling the temperature as gold is good at dissipating heat.

Novitec also adds its own suspension springs, which lowers the ride height by about 35 millimeters. This upgrade is complemented by a set of center-lock wheels produced by Vossen exclusively for Novitec for fitment to the Monza SP1 and SP2 . They're forged pieces measuring 21 inches in diameter up front and 22 inches at the rear.

Should the customer desire, Novitec can also tailor almost every part of the cockpit.