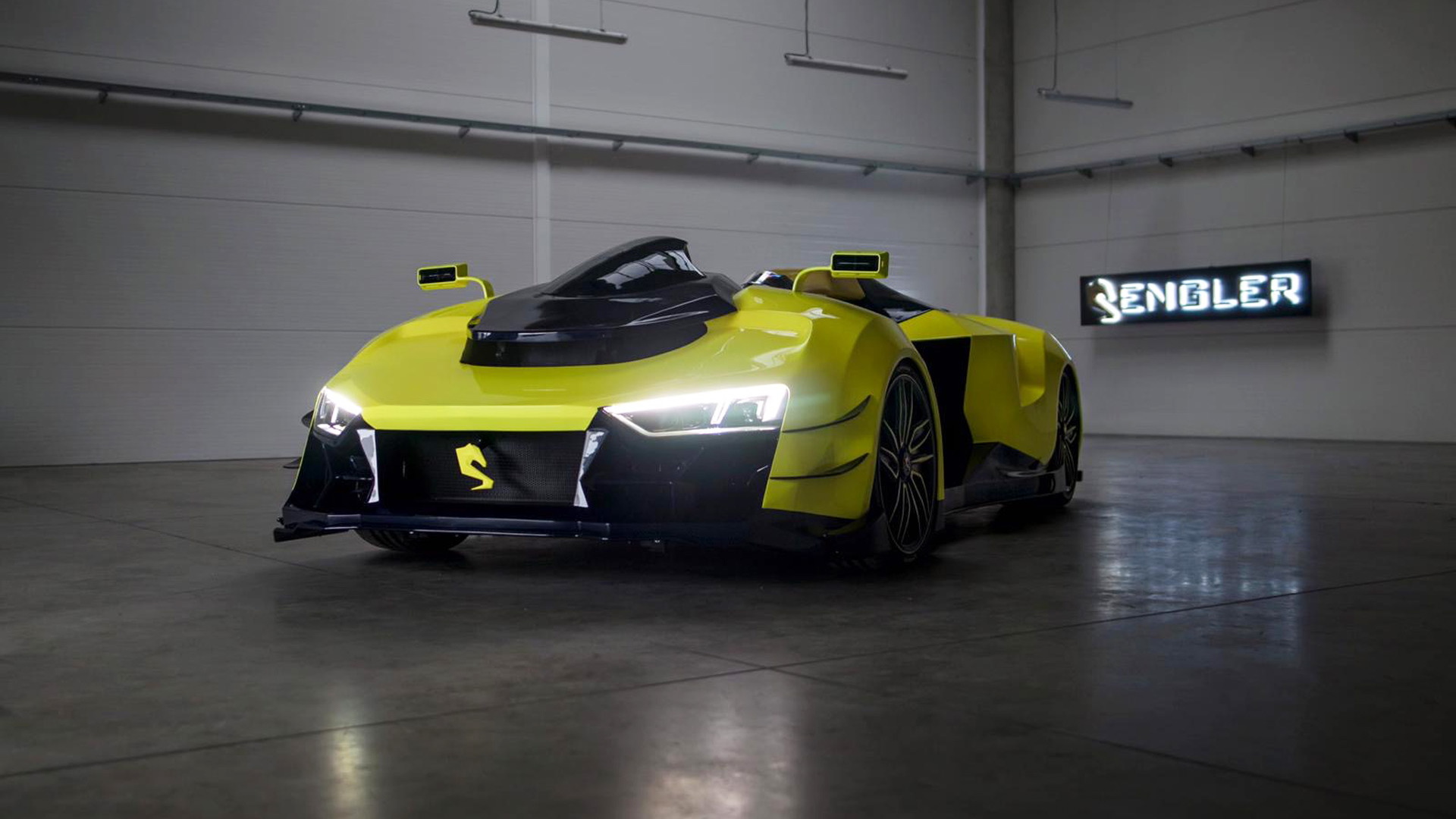 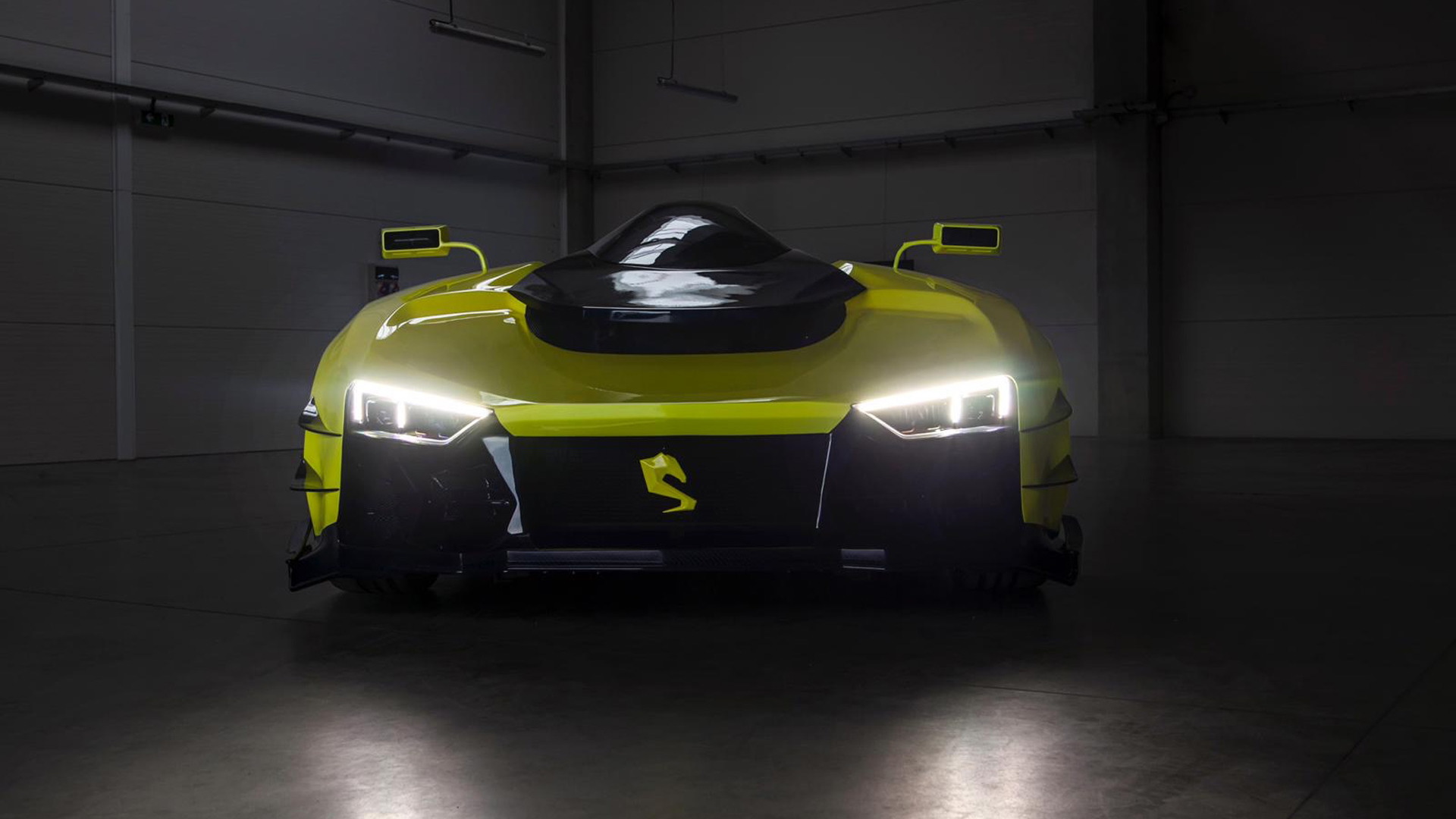 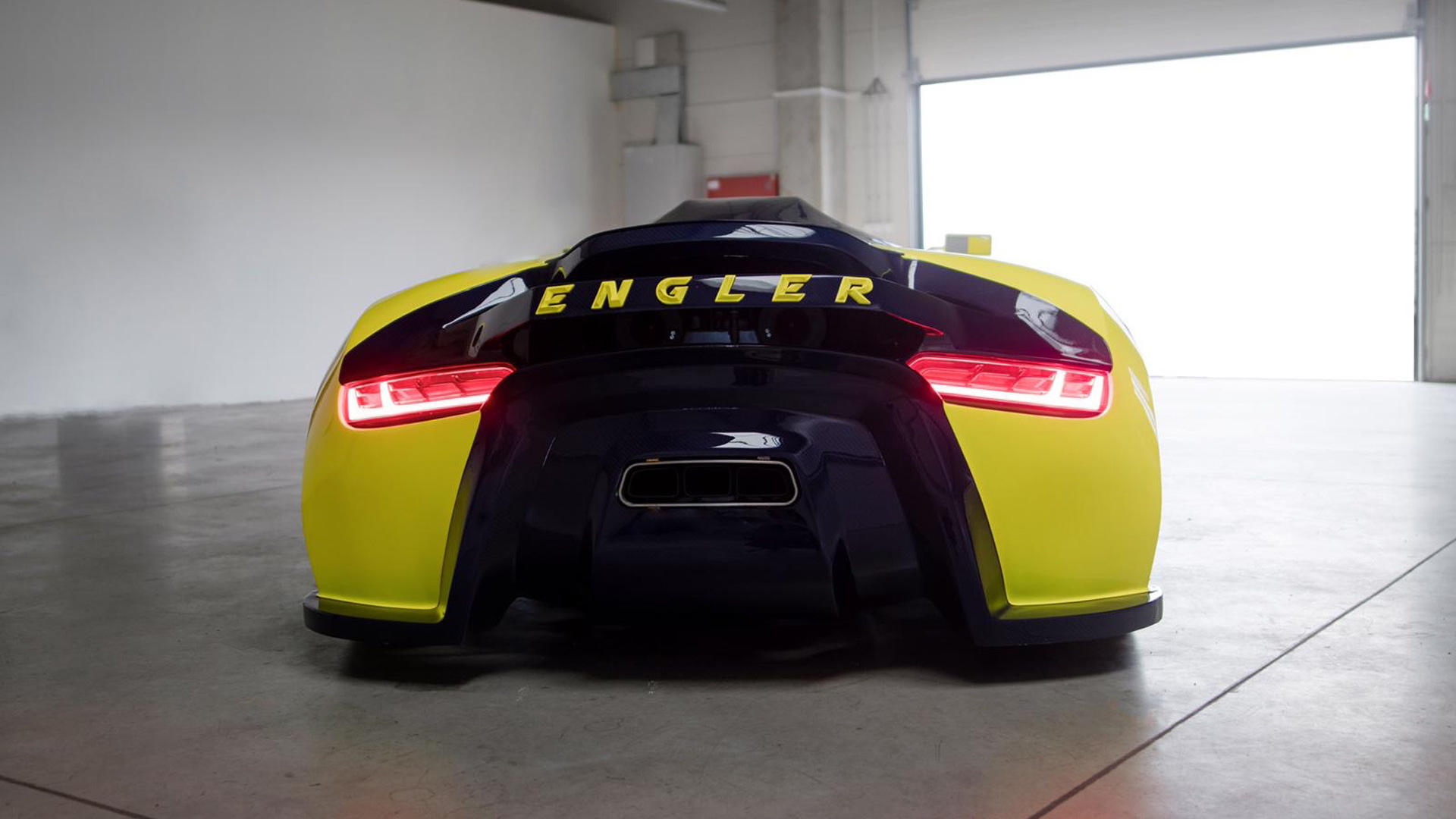 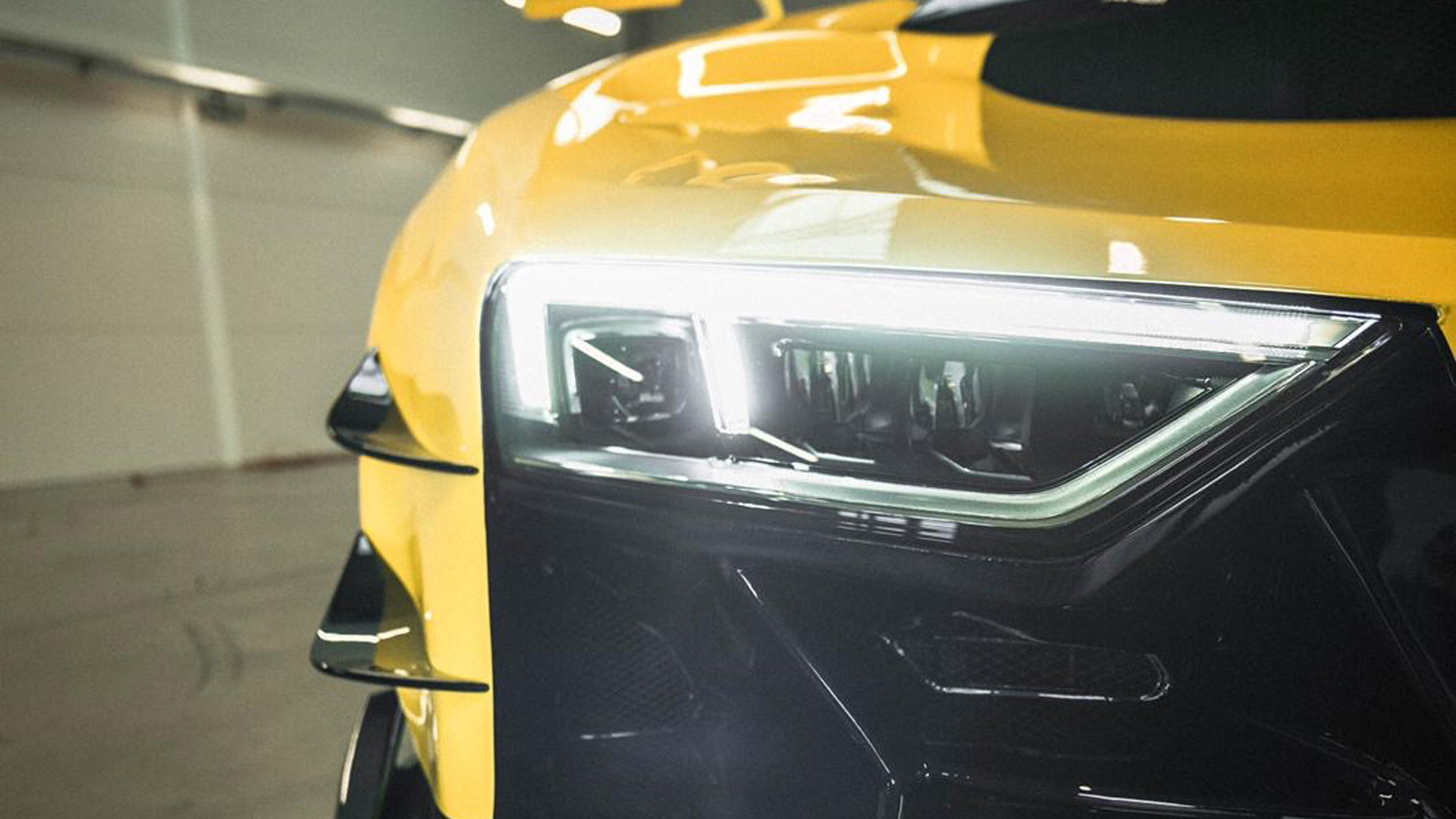 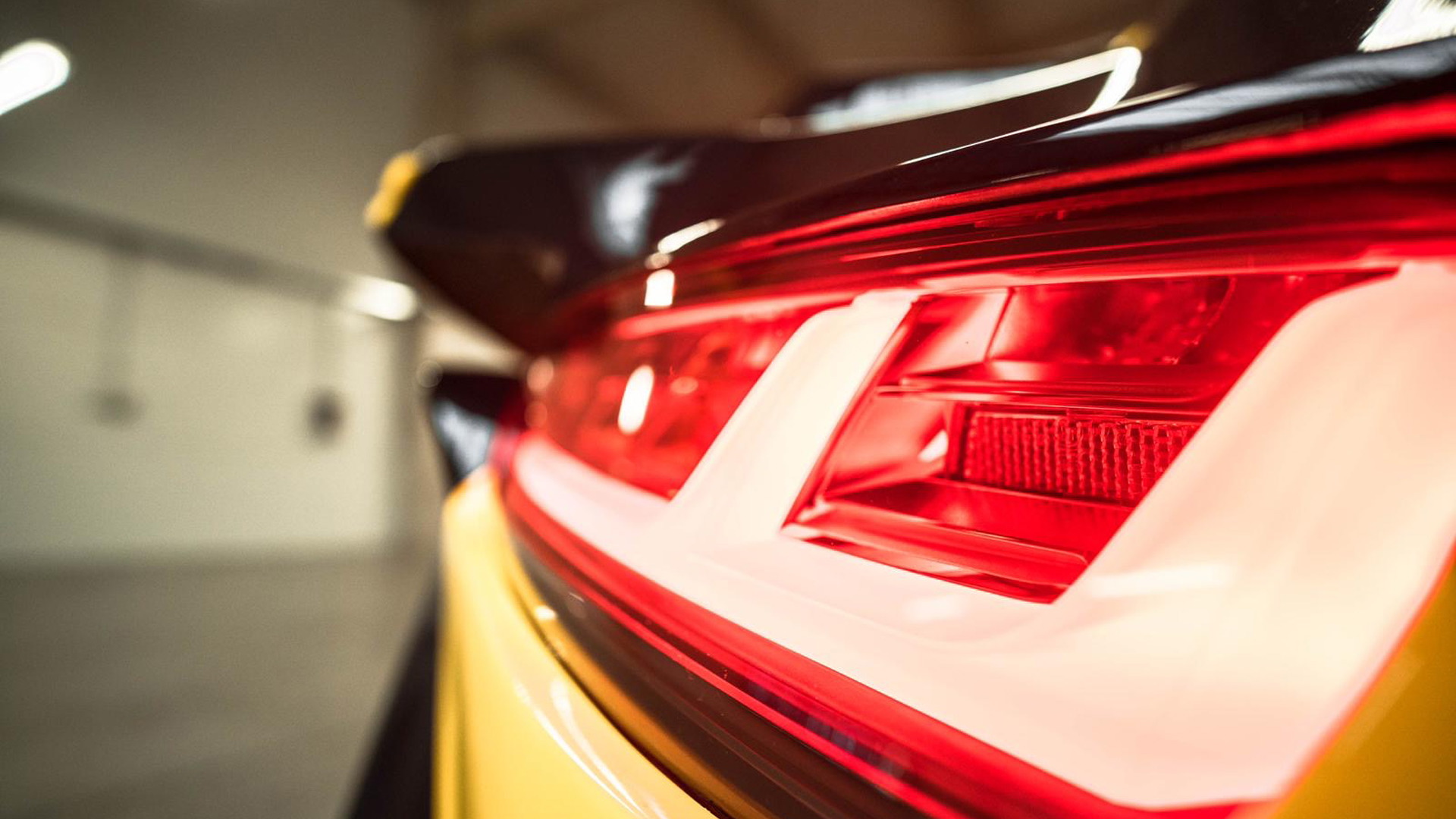 A new company by the name of Engler has developed a vehicle that doesn't fit into any existing category.

Called the FF, the new vehicle is a quad bike that packs the performance to rival a hypercar. Yes, steering is done via handle bars.

The Engler FF was first previewed in concept form at the 2019 Geneva International Motor Show, and has now been shown in production guise for the first time. The production FF will make its formal debut at the Salon Privé Concours d'Elegance running September 22-26 in Oxfordshire, United Kingdom.

The FF is the brainchild of Viktor Engler, who is originally from Slovakia but now based in the U.K. It's been a dream of his to build his own car since the age of 10.

His target for the FF was a power to weight ratio of one horsepower for every kilogram (2.2 pounds) of weight. He's achieved this by getting the weight of the FF down to 1,100 kg and power up to 1,100 horsepower. The power is drawn from a 5.2-liter V-10 that's most likely a tuned version of the V-10 found in the Audi R8. The two engines feature the same displacement, and another clue are the lights of the FF which have been lifted from an R8.

It isn't clear which wheels are doing the driving, but the engine is mated to a 7-speed dual-clutch transmission—another common trait with the R8. The Engler FF's central structure is a bespoke carbon-fiber design, and the vehicle seats two in a motorcycle-style tandem position. The whole thing stands just a little over three feet tall.

A digital instrument cluster sits in front of the handle bars. Many of vehicle functions can be controlled through the main interface, or via an app. Even the suspension height can be adjusted using the app.

So what about the performance? Engler quotes a 0-62 mph time of 2.5 seconds and a top speed of over 217 mph. When it comes time to stop, the FF relies on some of the world's biggest carbon-ceramic rotors. They measure 15.75 inches up front and 15 inches at the rear, and sit within 20-inch forged magnesium wheels that each weigh only about 17 pounds.

Pricing and availability of the Engler FF are yet to be announced.