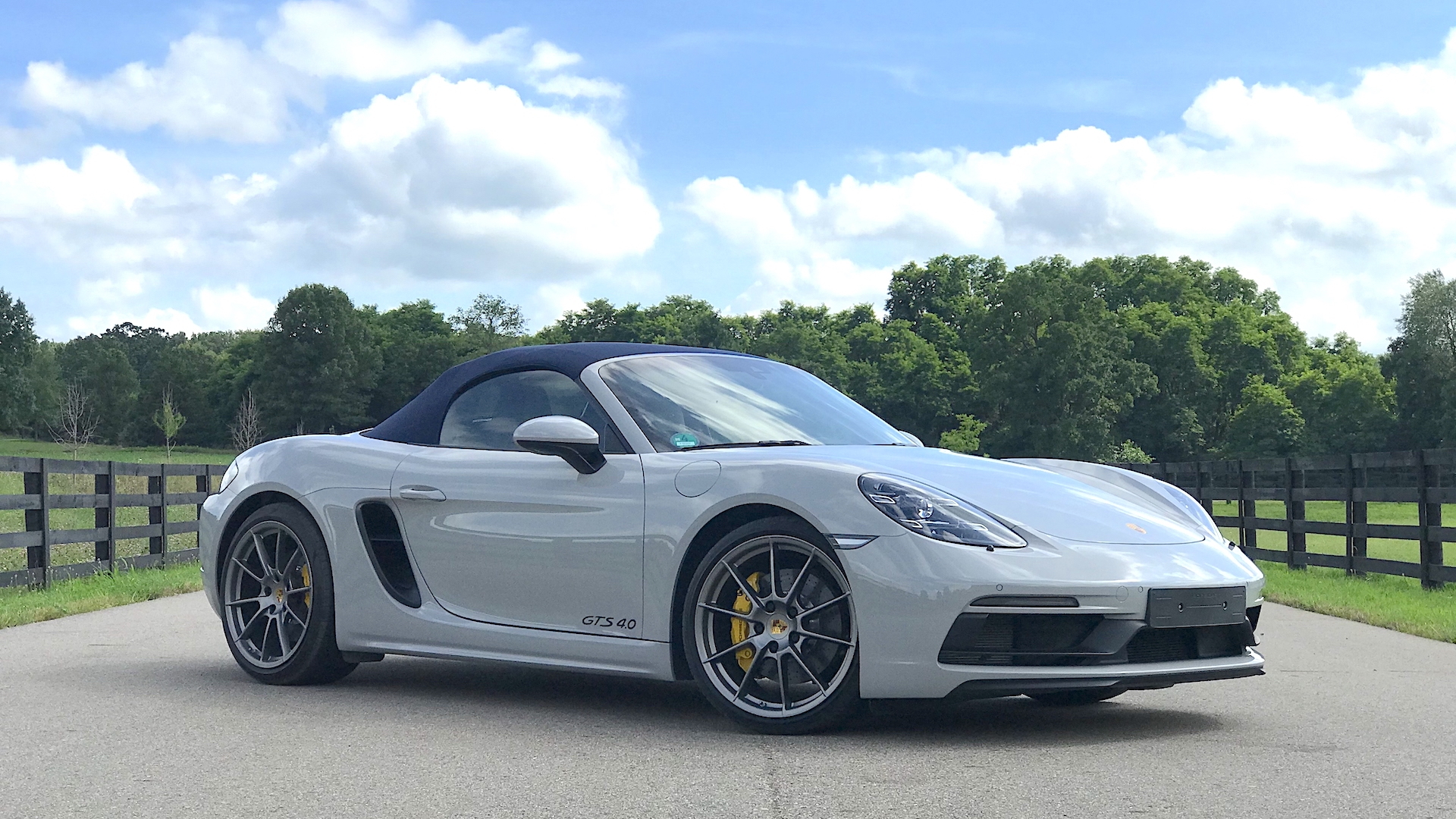 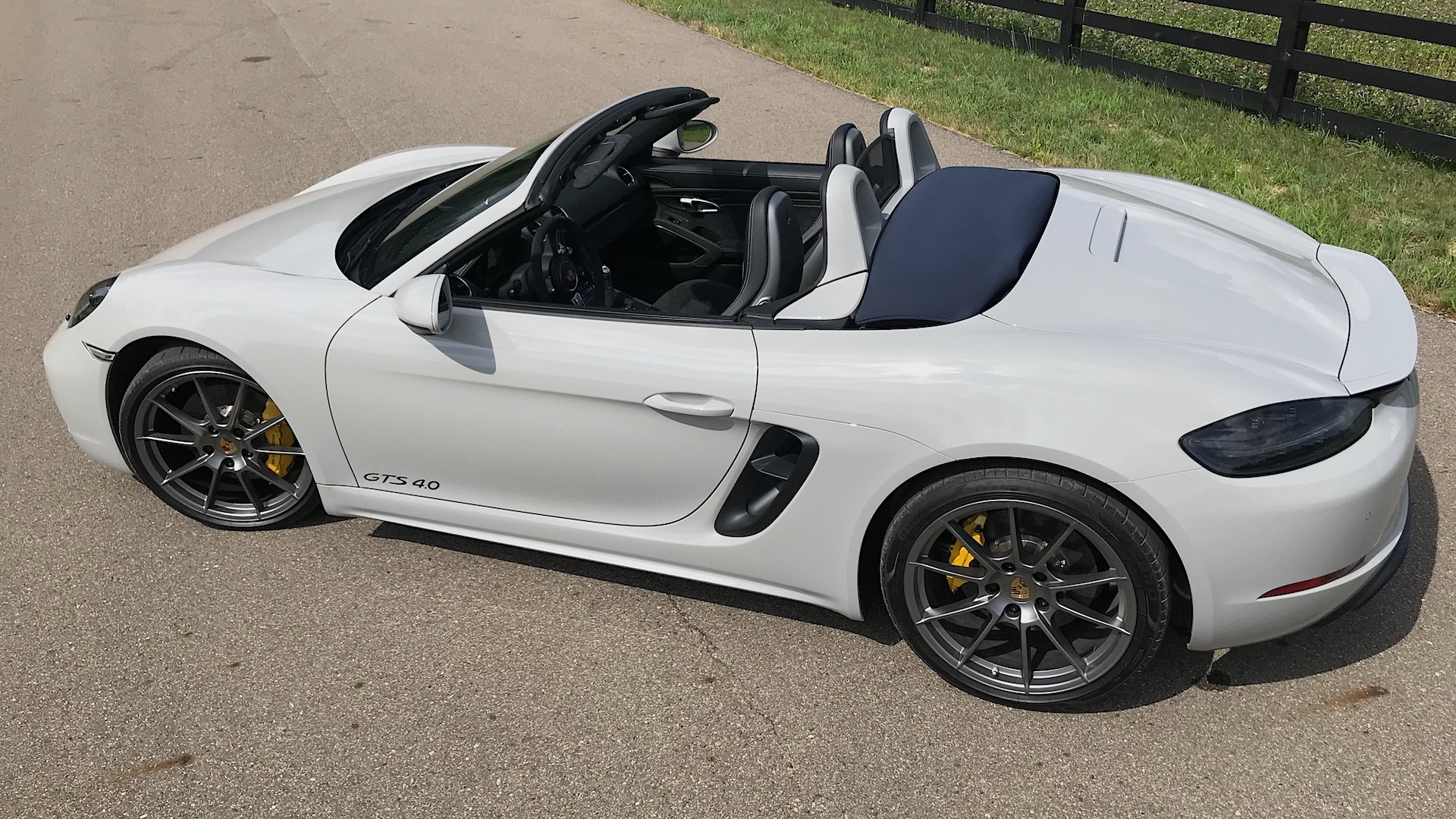 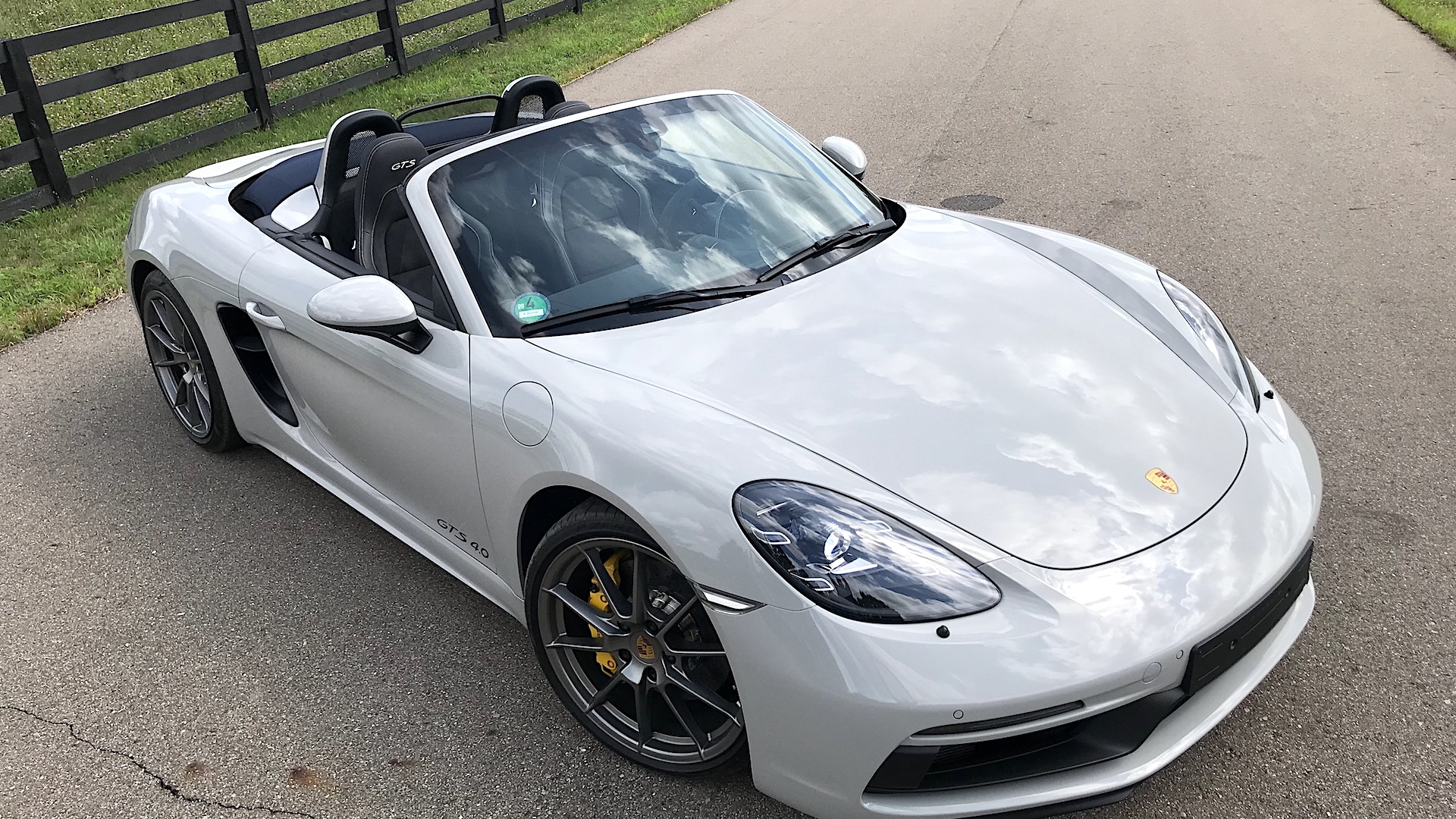 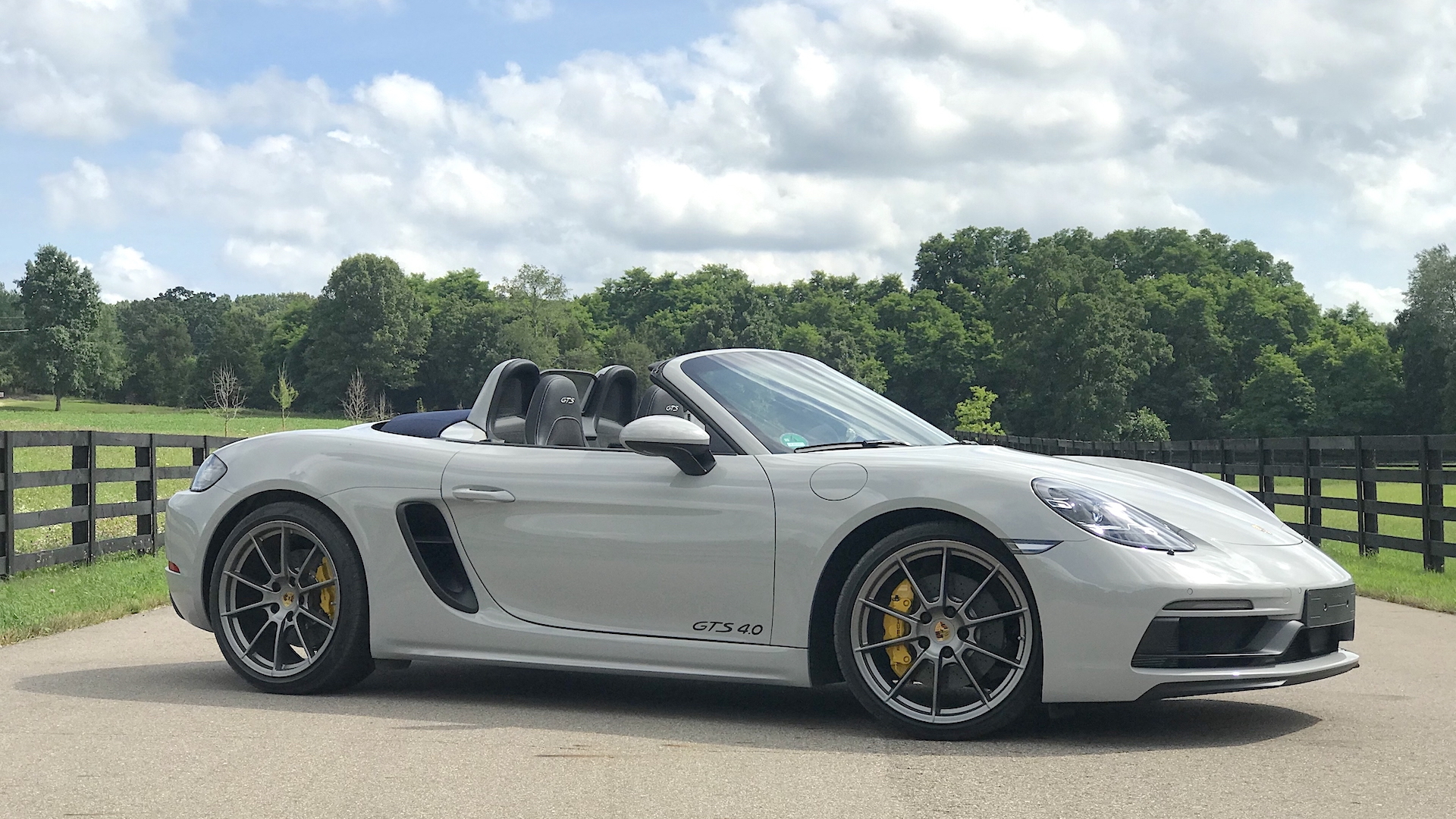 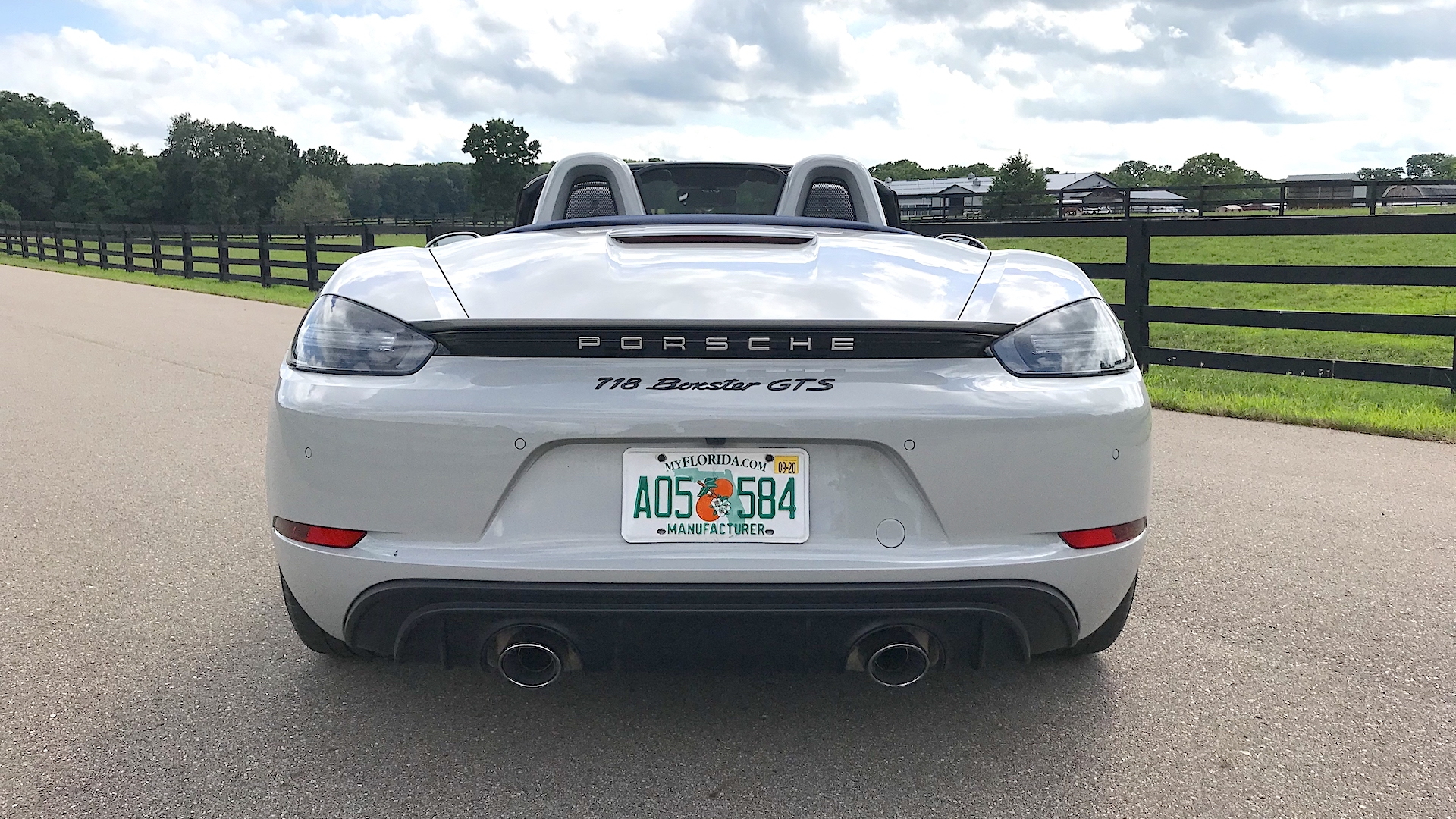 I appreciate both Van Halen and U2, but I don’t want to hear Van Halen play U2 songs. I want to rock out with Van Halen—the real Van Halen, not Van Hagar.

I appreciate turbocharged boxer 4-cylinder engines too, but, fair warning, when I drive a Porsche Boxster I don’t want it to play a Subaru song. I want the melodious thrum and the unforgettable fire of the Porsche flat-6. The Boxster’s boxer turbo-4 can deliver power right here, right now, but I want my Porsche to play the hits. I want “1984” or “The Joshua Tree.” The 2020 Boxster GTS 4.0 does just that thanks to its 4.0-liter flat-6.

Porsche first put the large version of its naturally aspirated flat-6 in its mid-engine cars in the 2016 Cayman GT4. At the time, it displaced 3.8 liters and it seemed like it might be the only Boxster or Cayman with the big flat-6. However, then came the Boxster Spyder and a new Cayman GT4 with a 4.0-liter version of the flat-6. Now we get the 2020 Porsche 718 Boxster GTS 4.0 and 718 Cayman GTS 4.0, both with a 394-horsepower version of the 4.0-liter engine. That’s 44 more hp but the same 309 pound-feet of torque as the 2.5-liter turbo-4 in the 718 S models. It’s also just 20 hp less than the version in the Cayman GT4 and Boxster Spyder models.

I don’t have to go burnin’ down the avenue for the 4.0 to pay off.  It starts playing hits from its rumble and thrum album as soon as I fire it up. It’s the sound of Porsche, and it’s as much a part of the experience as track-ready handling and curved body surfaces.

The sound is even more pronounced in the GTS because it echoes through the standard sport exhaust system and it’s not filtered through turbochargers, like in the 911. It wails more clearly when I take off, especially with the top down. The 718 Boxster GTS is a purer aural delight than the 350-hp turbo-4 in the Boxster S. It’s like David Lee Roth compared to Sammy Hagar or worse yet, Gary Cherone.

Without those turbos and with more horsepower than torque, the GTS’s power doesn’t come on as a low-rpm eruption like it does in a 911 or even a Boxster S. The 4-banger in the Boxster S delivers its max torque at 1,900 rpm instead of 5,000 revs for the GTS.  The GTS builds its power quickly as the engine revs freely to 7,800 rpm, 300 revs higher than the S, and it tops out 5 mph higher at 182 mph.

Like all Porsche GTS models, the 718 Boxster GTS gets a host of additional features in its $90,250 starting price. Several of them are performance-oriented, including the adaptive and adjustable dampers, mechanical torque-vectoring differential, active drivetrain mounts, advanced stability control system, Sport Chrono package, and larger brakes.

Under a clear blue sky in the lake country outside of Ann Arbor, Michigan, the Boxster GTS flashes waterbug moves darting through traffic, carving through roundabouts, and tracking crisply through corners. The low ride height, excellent balance from the mid-engine layout, and firm dampers in either of the Sport settings create a car that wraps around me and seems to say “I will follow” to any command I give it.

The 992-generation 911 Targa 4 that I’m also driving on this trip is a convertible like the Boxster, but it has a stronger structure and is certainly the better track car. I can feel the Boxster’s body quake over rough pavement more than in the newer and heavier 911 Targa 4.

Still, the 718 Boxster GTS 4.0 is a solid convertible that’s the better autocross candidate due to its smaller size and better balance. Firm but comfortable in any mode, its ride is aided by active powertrain mounts that firm up during aggressive driving and loosen during cruising to help absorb road imperfections. This balance between ride and handling makes the Boxster appealing as a daily driver or a comfortable weekend escape to where the streets have no name.

The 718 Boxster GTS 4.0 can be a track car, too, especially when it’s outfitted with the $7,080 carbon-ceramic brakes. At 13.8 inches in diameter with six-piston front and four-piston rear calipers, they provide a predictable pedal and strong stopping power. On a track, they won’t run a little bit hot.

The GTS also dresses up the cabin with more style and features. Extensive use of black Alcantara lends a sporty look. It covers the center sections of the sport seats, steering wheel, center console, gear shift, and door armrests. This test car also has the $3,690 GTS Interior package, which adds carbon-fiber trim and Chalk-colored accents (Carmine Red is also available) to the tachometer, seat belts, and contrast stitching.

It’s all quite attractive and well assembled, and the sport seats provide excellent support even for larger builds. However, the Boxster’s standard 7.0-inch touchscreen is so small that it feels outdated, and Porsche charges $2,380 for navigation—a throwback to a decade or more ago when all automakers overcharged for in-car maps. The 718’s cockpit is also overrun by buttons, like a 991-generation 911. The layout isn’t as clean as the 992-generation of its bigger brother.

On a positive note, the GTS comes standard with the Sport Chrono package, which includes the Track Precision smartphone app that records and shows performance data on the center display. With the app, drivers can see data during the drive and evaluate it afterward.

Porsche also gives 718 GTS models some exterior upgrades. The lip spoiler, front air intake, and lower rear fascia are black, while the running light and taillight lenses get a dark tint. With this car’s Chalk paint, blue convertible top, and 10-spoke satin black wheels, the look is low, lean, and sinister. Even in Chalk, it's a shiny machine.

All told, the GTS adds about $18,000 worth of equipment for a starting price that’s $14,900 more than a Boxster S at $90,250. That doesn’t include the upgraded engine and its old-school Porsche soundtrack or the GTS's bigger brakes. Porsche, you really got me with the 2020 Porsche 718 Cayman GTS. It’s an object of desire, and it plays all the right tunes.

Porsche provided a day in a 2020 718 Boxster GTS for Internet Brands Automotive to bring you this firsthand report.