The automaker on Thursday announced new Sports and Performance packages for the Revero GT, which add visual flair to the car and boost performance. With either pack, you're looking at a 0-60 mph time of 3.9 seconds, down from the standard Revero GT's 4.5 seconds.

The quicker acceleration is likely due to the way power is delivered, as there's no actual increase in peak output. All Revero GTs generate 536 horsepower and 550 pound-feet of torque from an extended-range electric powertrain that features a pair of electric motors at the rear axle and a 1.5-liter turbocharged inline-3 range extender borrowed from the BMW i8 up front. The battery is a 28-kilowatt-hour lithium-ion unit now estimated for 80 miles of electric range, up from 61 miles previously.

Note, the performance is similar to what Karma previously announced for its 2020 Revero GTS. A spokeswoman for the company said updates for the Revero GTS will be announced at a later date. 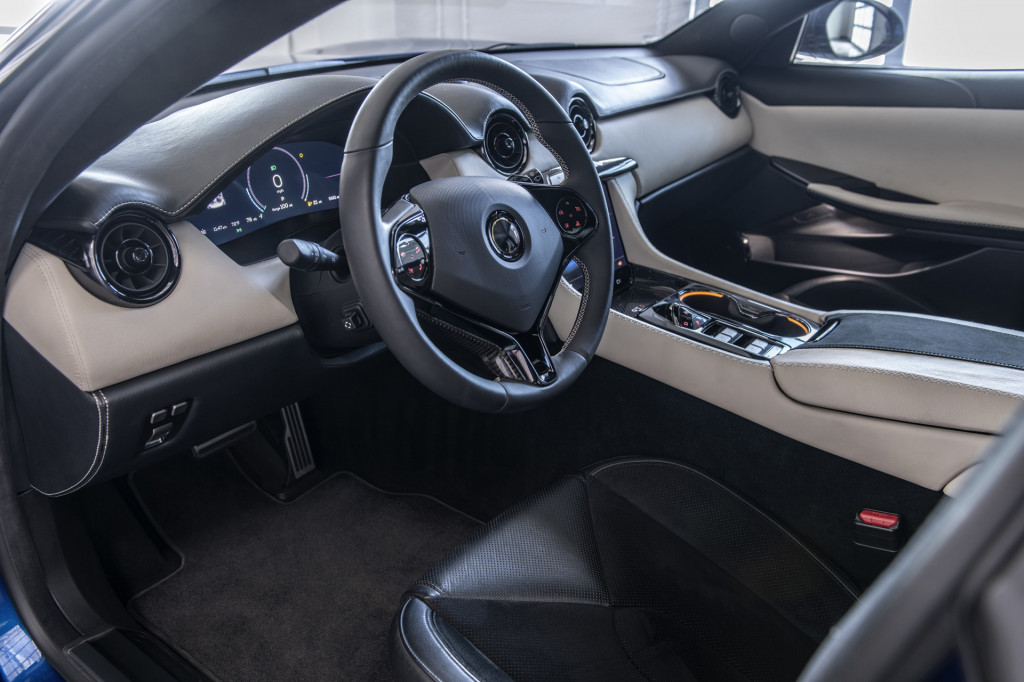 Revero GTs with the Sports package feature a black exterior with dark chrome accents, a few carbon fiber extras, and contrasting red brake calipers. The standard wheels are a dark 22-inch design, and the Karma logos feature a monochrome finish. A small “GTS” badge also features on the front fenders. The Sports package also sees the interior Karma logos go monochrome, such as the one on the steering wheel. Carbon fiber is also used to dress up the cabin, and “GTS” insignias feature on the center console and in the infotainment display.