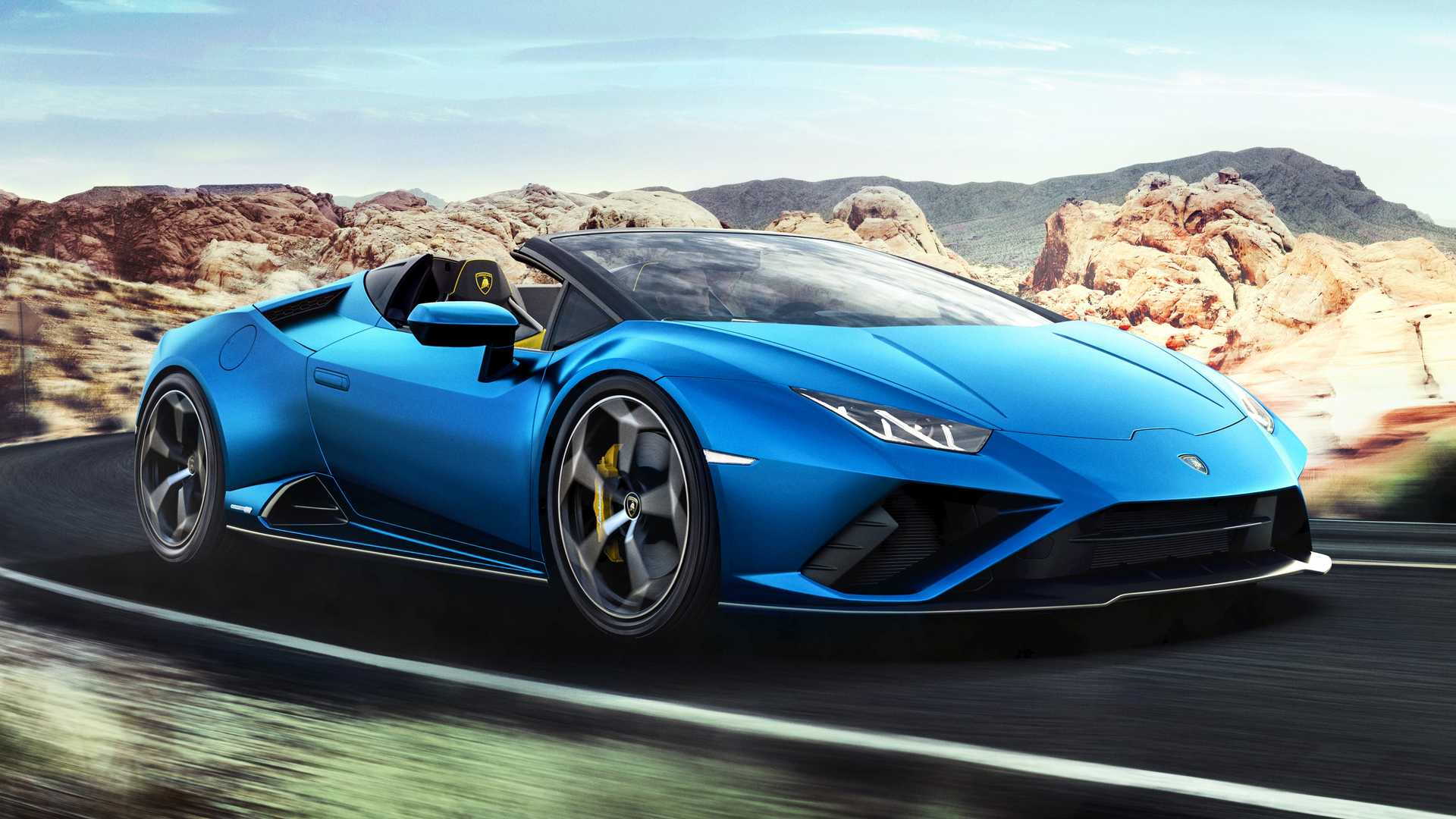 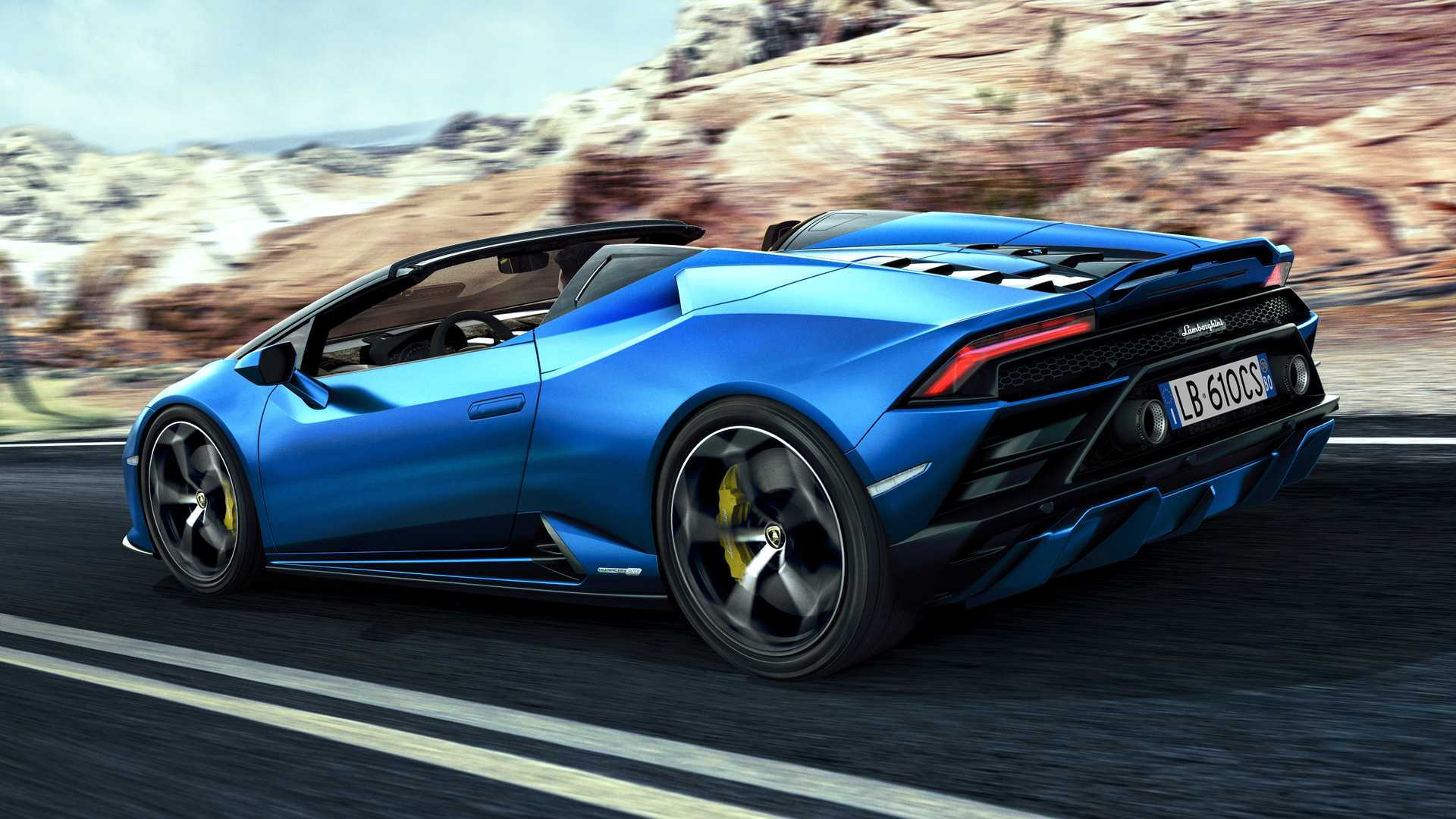 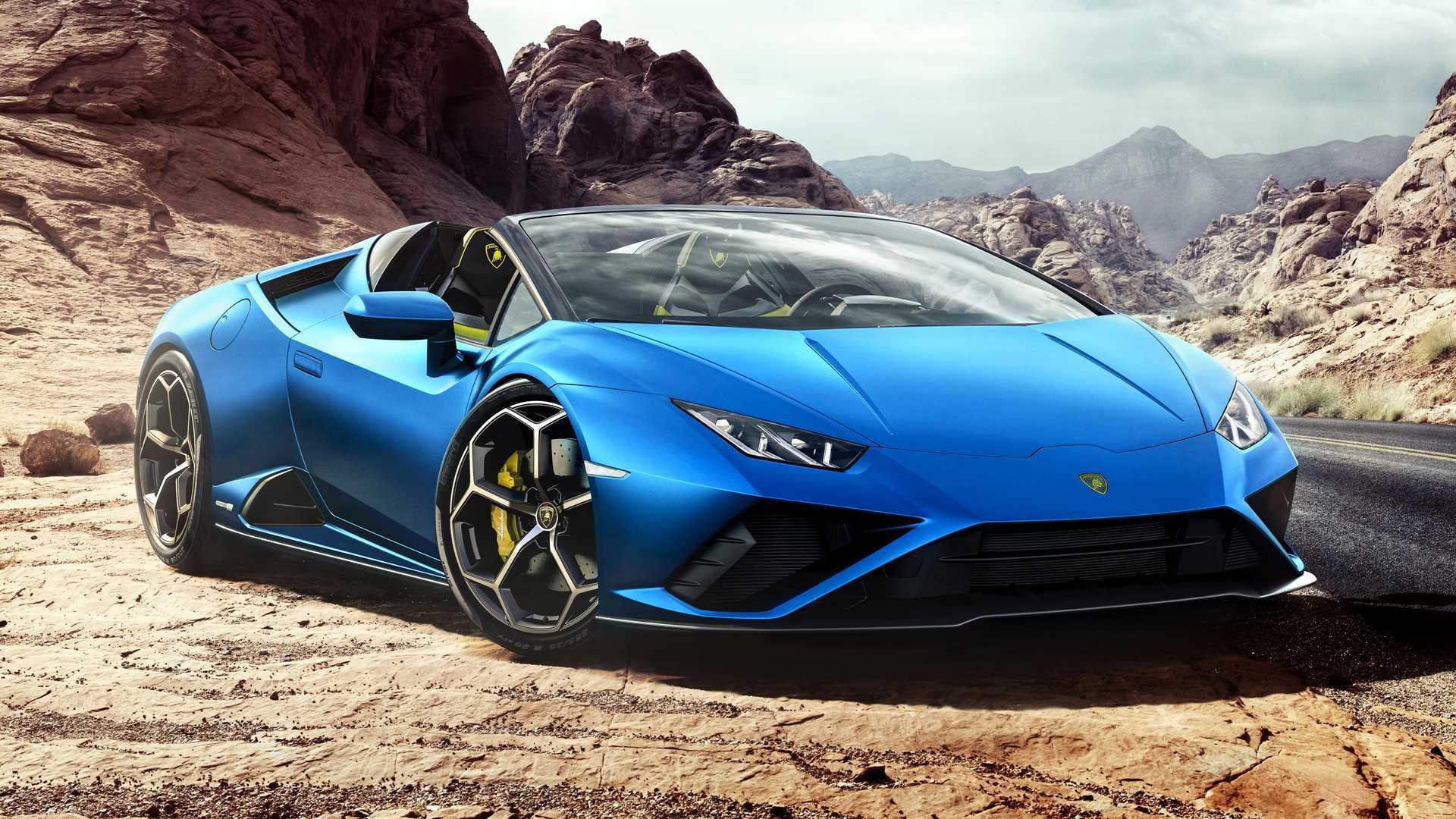 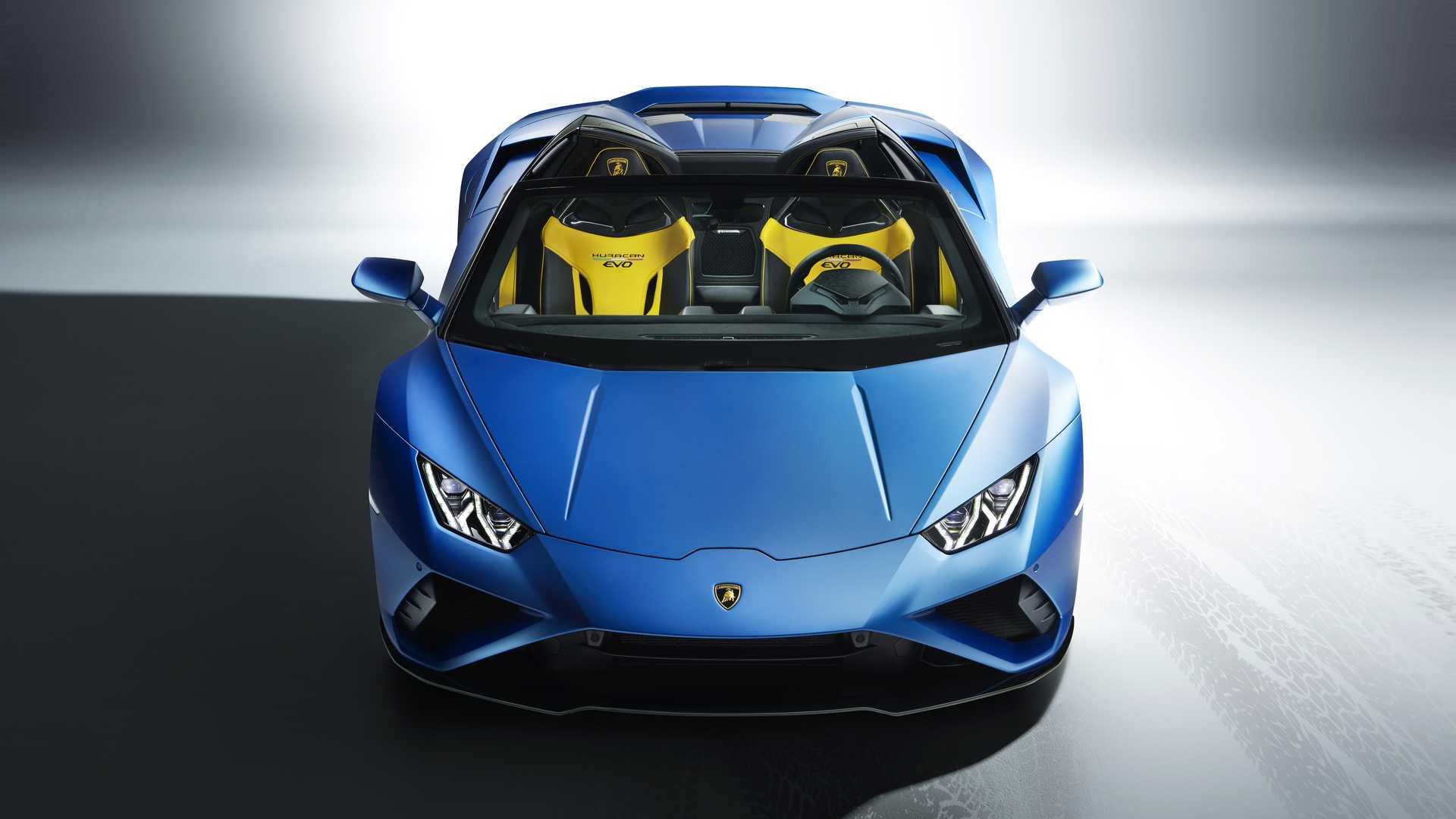 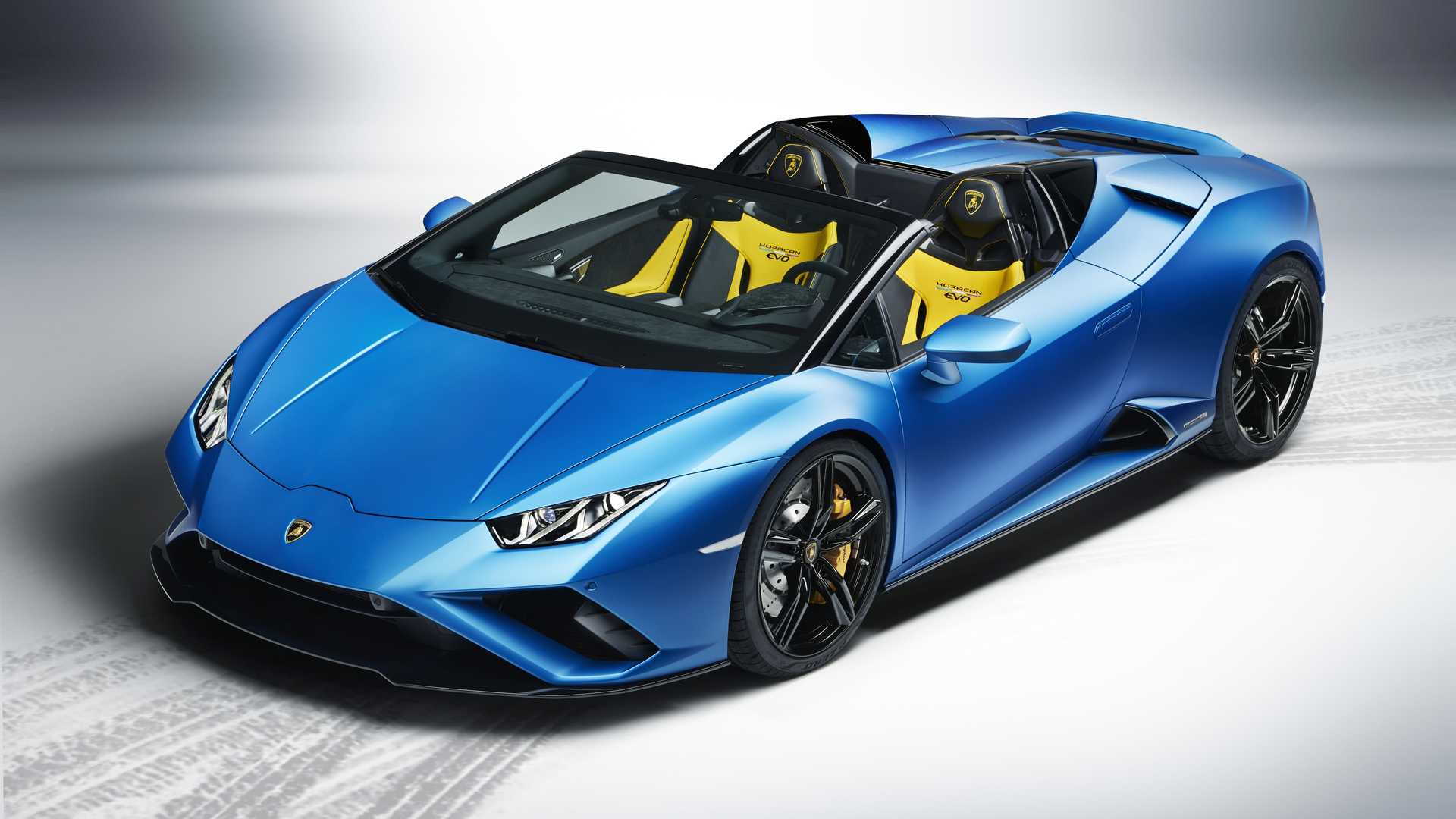 Lamborghini's Huracan Evo received a rear-wheel-drive option in January, and for true driving enthusiasts this is the one to get. Not only does it deliver a purer driving experience than the all-wheel-drive Huracan Evo, it has a lower price to boot.

On Thursday, Lamborghini introduced the Spyder convertible version of the Huracan Evo Rear-Wheel Drive. It's due for delivery in the summer and priced to start at $229,428, before destination charges, or roughly $21,000 more than the coupe.

Lamborghini didn't pull any surprises here. The car's 5.2-liter V-10 matches the coupe's 602 horsepower and 413 pound-feet of torque, with drive going to the rear wheels via a 7-speed dual-clutch transmission. Lamborghini quotes a 0-62 mph time of 3.5 seconds and a top speed of 201 mph.

Naturally, the car delivers blistering performance, but Lamborghini says its RWD cars aren't about straight-line speed or lap times. Rather, the goal is to deliver the most fun. For example, the P-TCS traction control system's Sport setting has been calibrated to allow the Huracan Evo RWD Spyder to go sideways and drift while still limiting the torque when oversteer becomes too much. Switch into Corsa mode though, and the system's calibrated to allow for 30 percent more oversteer.

The car's roof is an automated soft-top that takes about 17 seconds to be tucked away, and it's able to operate at speeds of up to 31 mph. There is a weight penalty in ditching the coupe's fixed roof, with the convertible weighing 3,326 pounds dry versus the coupe's 3,062 pounds. Most of the extra weight is due to additional reinforcements to the car's structure. With less weight to carry, the coupe will hit 62 mph about 0.2 seconds quicker than the Spyder.

Rivals for the Huracan Evo RWD include the Ferrari F8 Spider, McLaren 720S Spider, and for some buyers perhaps even the new Chevrolet Corvette Stingray Convertible.