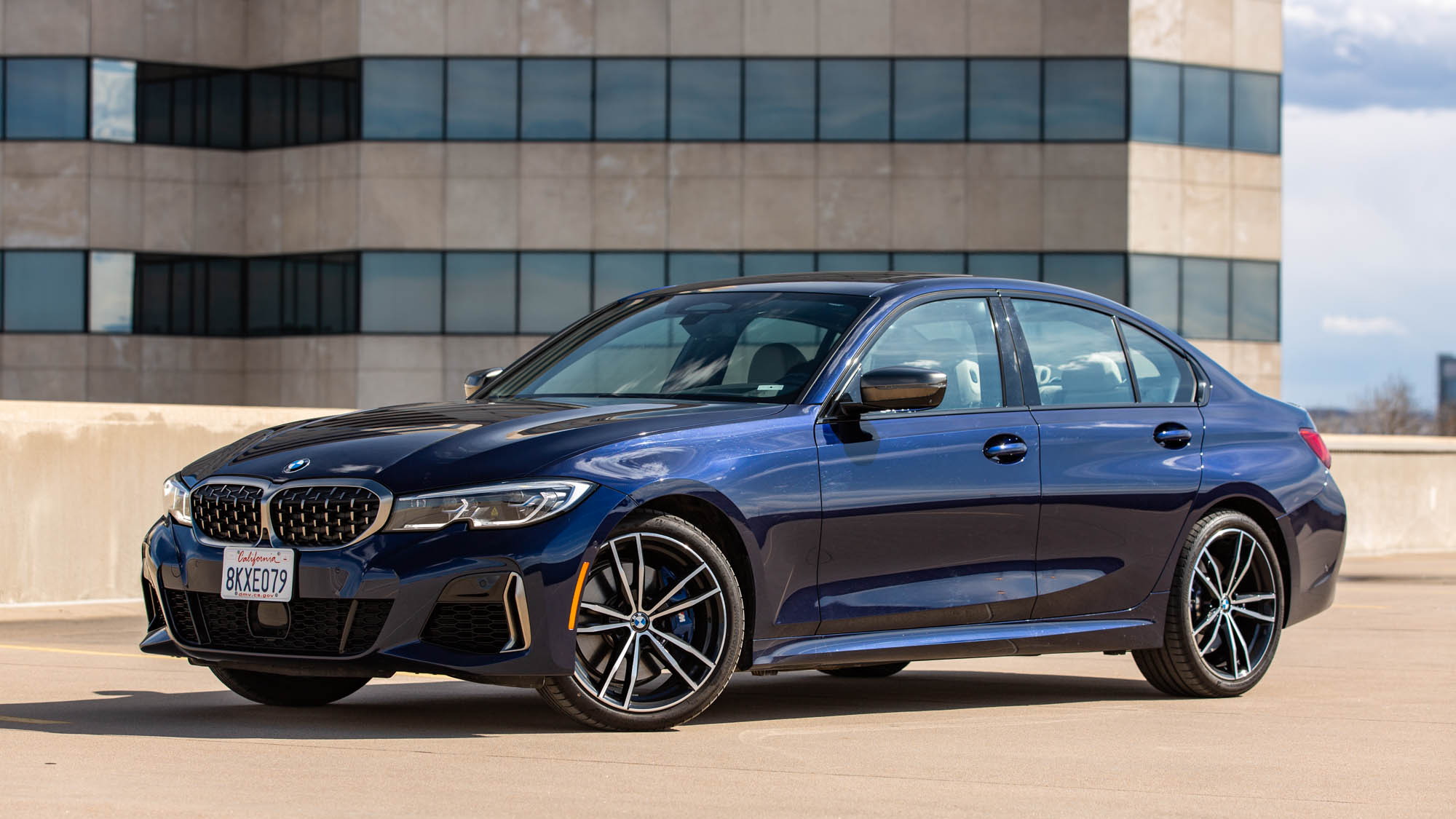 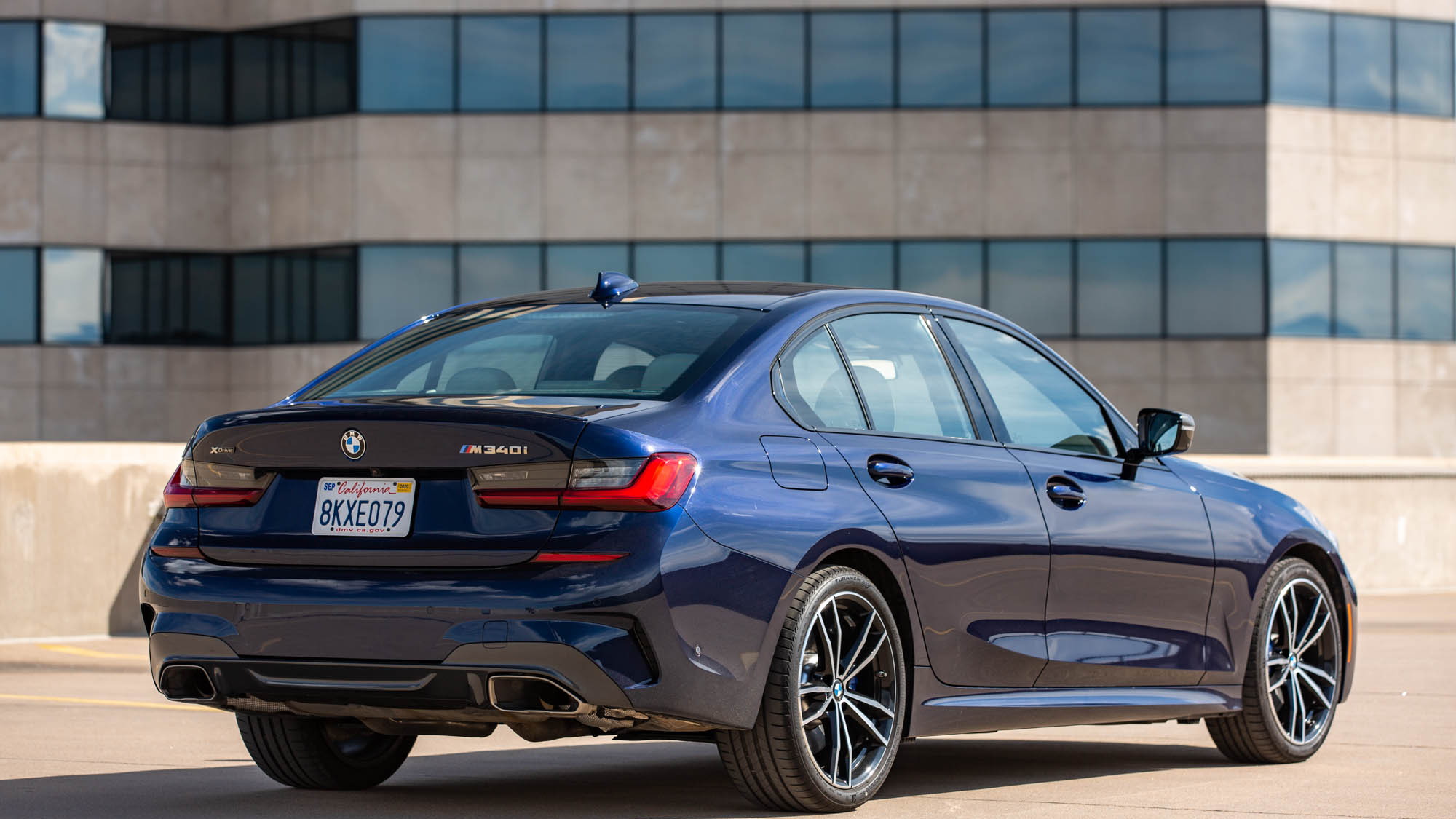 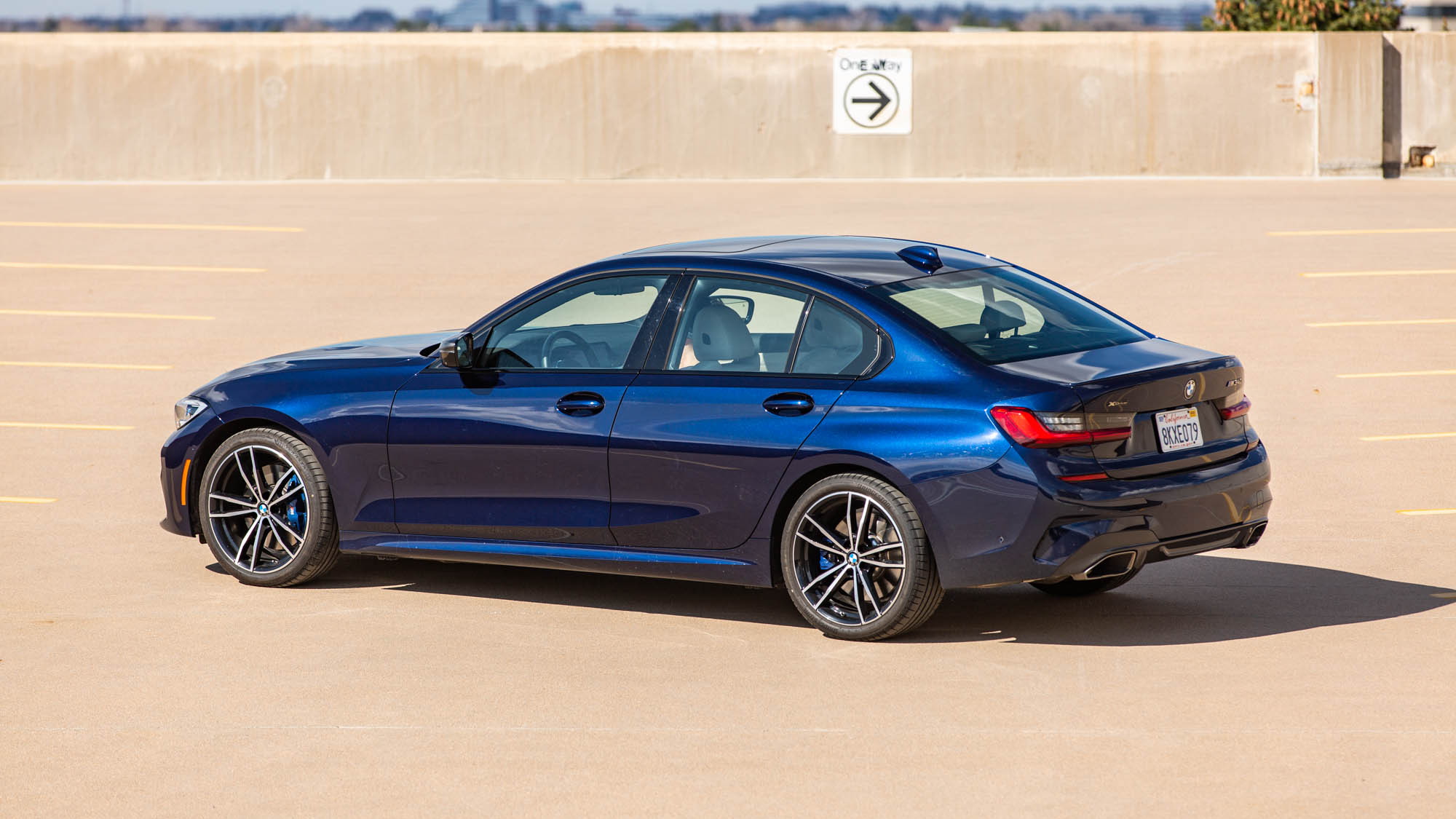 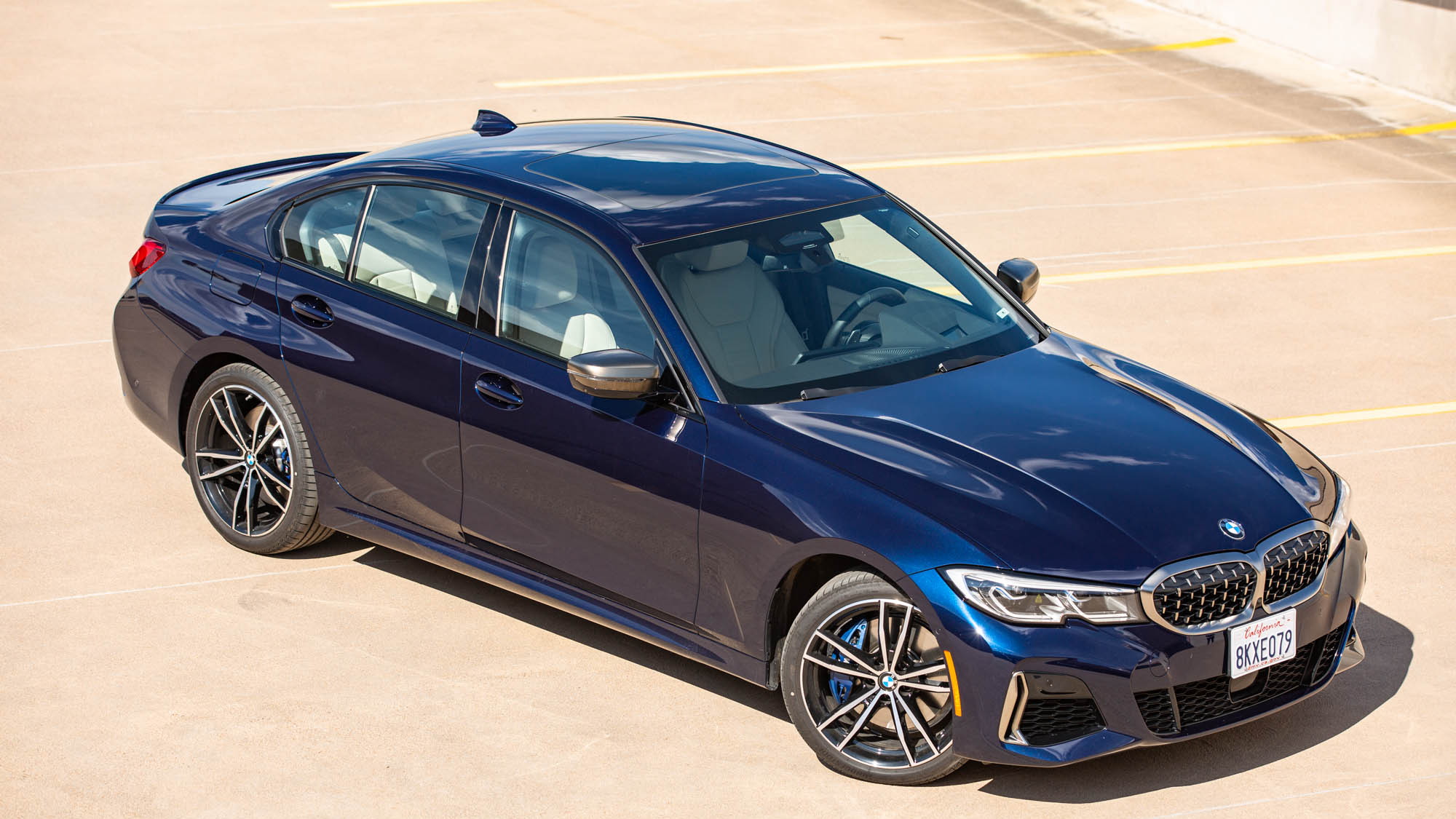 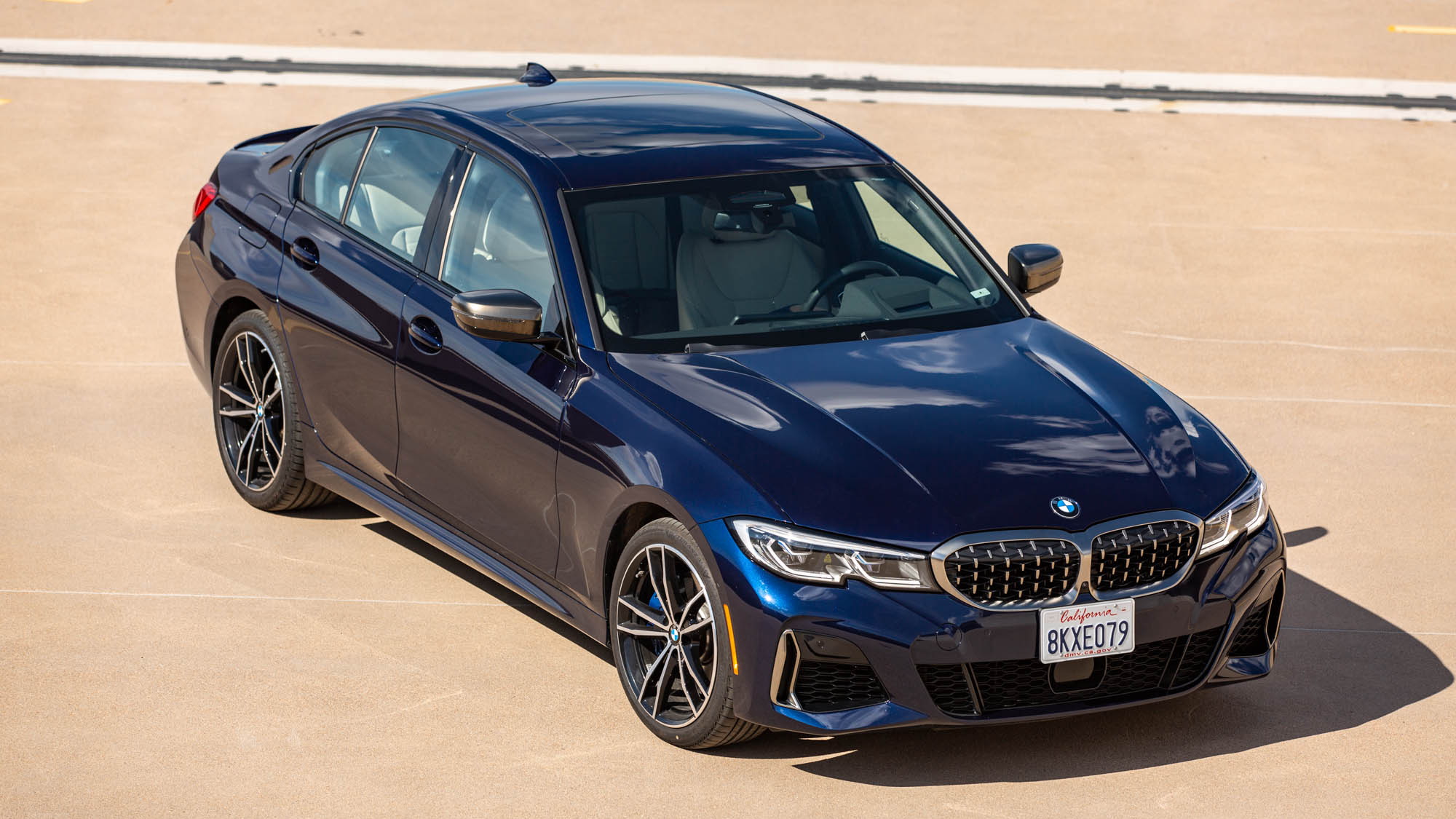 That designation may have mattered more when Journey was in heavy rotation on radios, but it still means something. Even though tastes and Steve Perry have moved on, luxury brands are still judged by the strength of their small sedans.

Our first impressions of the M340i were good ones. But after a week of living with the M340i, I challenged my devotion to the 3-Series.

I’ve owned a couple, driven more, and lusted over many. My devotion to the 3-Series isn’t blind and there’s plenty on the car worth fixing—like any relationship. But my fondness for the 3-Series likely will be forever, faithfully.

There are many superlatives to heap on the M340i’s performance and there’s not enough air here in Denver for all the breathless hyperbole I have for it. This year, the M340i’s turbo-6 gets massaged up to 382 horsepower (up from 355 hp last year) and it can spring from 0-60 mph in 4.1 seconds. Carved into the automotive Mount Rushmore in my mind is the BMW B58 engine, a superhero under hoods that’s excellent in every application. Its power and turbos build quickly but surge at 4,000 rpm. The revs race past 6,000 rpm in a blink, but it never feels tapped. I ran out of road well before I ran out of grunt.

Despite having more inches between the wheels and bumpers—and fewer inches between the ground and my rump—the longer, lower, and wider 2020 3-Series drives like a smaller car. That’s a good thing. The M340i pivots like a halfback in tight esses, and it corners on its tiptoes without much body roll. It’s the perfect mix of a stiff chassis with just enough steering communication to know when the car has settled after every turn. The rear differential that’s standard on the M340i moves the back end around confidently, and when the small BMW breaks grip it works with the traction control systems to give me plenty of rope without letting me hang myself, likely via magic or some other dark art.

BMW’s stability control program that’s one step from “On” but not completely “Off” is an instant fun button.

Miss: A game of inches, lost in the feet

The E90 sitting in my driveway has 34.6 inches of leg room, measured from the back of the rear seat to the front of some engineer’s imagination. By comparison, my M340i tester has 35.2 actual inches of leg room, measured with a ruler and not pure fantasy. The 2020 3-Series is big enough that I can comfortably sit behind someone of similar 6-foot-2 Midwestern build, albeit with my knees against the seat. The bad news? My size 12s don’t fit so well in the allotted foot room. It’s not enough for me to proclaim that the M340i can’t comfortably hold four adults, but it’s enough to recommend calling shotgun when you can.

The adaptive dampers fitted to my tester cost $700, and at least on the M340i, it’s not shielded in the lineup by frivolous prerequisite options like heated seats or a smoker’s package. The standalone dampers are great for their sport setting—discernibly stiffer than the comfort setting—which tightens at each corner for better handling. What the M340i lacks in steering feel, it gives some back in communicating what is happening at each corner.

Nestlé doesn’t have enough sugar to coat the $70,000 pill BMW asks us to swallow with our tester. Even a low-mileage lease with $2,500 down nets a $700 monthly payment, a more likely scenario for BMW’s clientele but still not comfortable. And there’s worse news coming…

BMW’s 8-speed automatic transmission in the M340i is telepathic. The all-wheel-drive system is butter-smooth everywhere. The sport seats are comfortable and supportive, with a natural seating position that’s better than its competitors. The interior is refined more than the gas it doesn’t drink (I averaged over 26 mpg in more than 150 hard-driving miles). The new 3-Series is pretty again. The trunk is bigger...I could go on.

It’s an X3 M40i. It has the same powertrain, virtually the same performance, more practicality and comfort, more leg room, and it costs the same. It’s just as fun to drive in nearly every circumstance, and it’s even pretty. I love the 3-Series, I’m just running out of reasons to recommend one.

The numbers on the bottoms of both stickers are enough to know that it’s not the 1980s anymore. The Tanzanite Blue M340i runs up the score to $69,570, including destination. The staggeringly high price isn’t the only eye-watering number attached to both—the sedan and crossover speed from 0-60 mph in just over four seconds, faster than an M3 from less than a decade ago.

TL;DR? I still love sedans, so I won’t stop believing, but the crossover is just better. And I really don’t like Journey.

The misses: Astronomically high price, foot room is cramped in the back, the X3 may be better.