An original Tucker 48 sedan today would easily sell for seven figures, but a one-of-one Tucker convertible? Well, that would be almost priceless.

For readers unfamiliar with Tucker, it was an American brand that briefly existed in the years following the second world war. Founded by Preston Tucker, the company rolled out the stunning—and advanced for its time—48 sedan. Sadly, just 51 examples were built before Tucker went under due to a crackdown by the feds on some of the company's business practices.

Tucker never officially launched a convertible. In fact, there are no official documents mentioning one. According to Hemmings, Jay Follis of the Tucker Automobile Club of America issued a statement noting that the club has found no evidence that the factory ever built such a car. That statement was issued in 2009 after Benchmark Classics of Madison, Wisconsin, said it had an unfinished prototype of a Tucker convertible that it planned to restore and was offering up for $5 million.

Now the convertible, fully restored to a showroom appearance, is listed for sale on eBay with a Buy It Now price of $2.175 million. It's been listed for sale by Accelerate Auto Group, whose contact, Justin Cole, was also linked with Benchmark Classics.

According to Accelerate Auto, the convertible was one of several unfinished Tuckers, the car bearing chassis number 57, that Tucker was working on when the company was shut down. It features a reinforced version of the 48 sedan's chassis and was allegedly developed together with Lenki Engineering, the same company that helped Tucker build the first prototype for the 48.

After Tucker went under, the convertible allegedly sat at Lenki Engineering for “many years” until it was sold to an employee at the engineering firm who wanted to complete it. The car then traded hands a few times before ending up at Benchmark Classics. 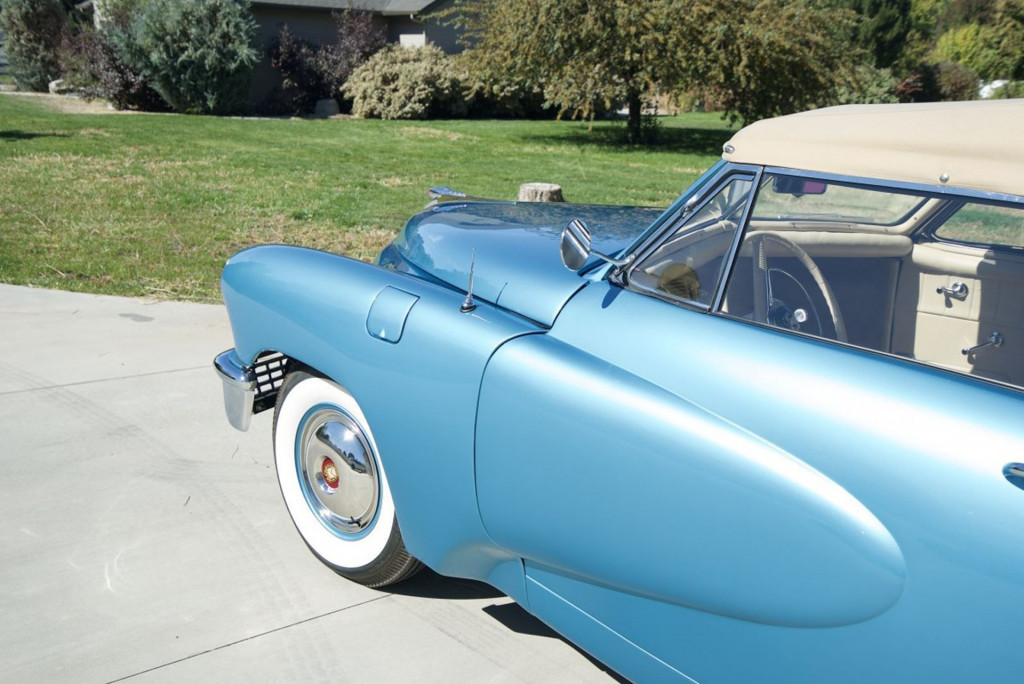 Accelerate Auto has posted on its website a number of documents it claims authenticates the car. The documents include an affidavit from a person alleged to be former Tucker employee confirming the convertible's existence.

We should point out that the convertible contains many original Tucker parts. This includes a flat-6 engine mounted at the rear and connected to a Cord transmission. The original engine was good for about 166 horsepower.

Regardless of whether the convertible is an original Tucker design or not, there's no denying it's a thing of beauty and very likely the only one of its kind in the world. For the right buyer, this could indeed make it priceless.