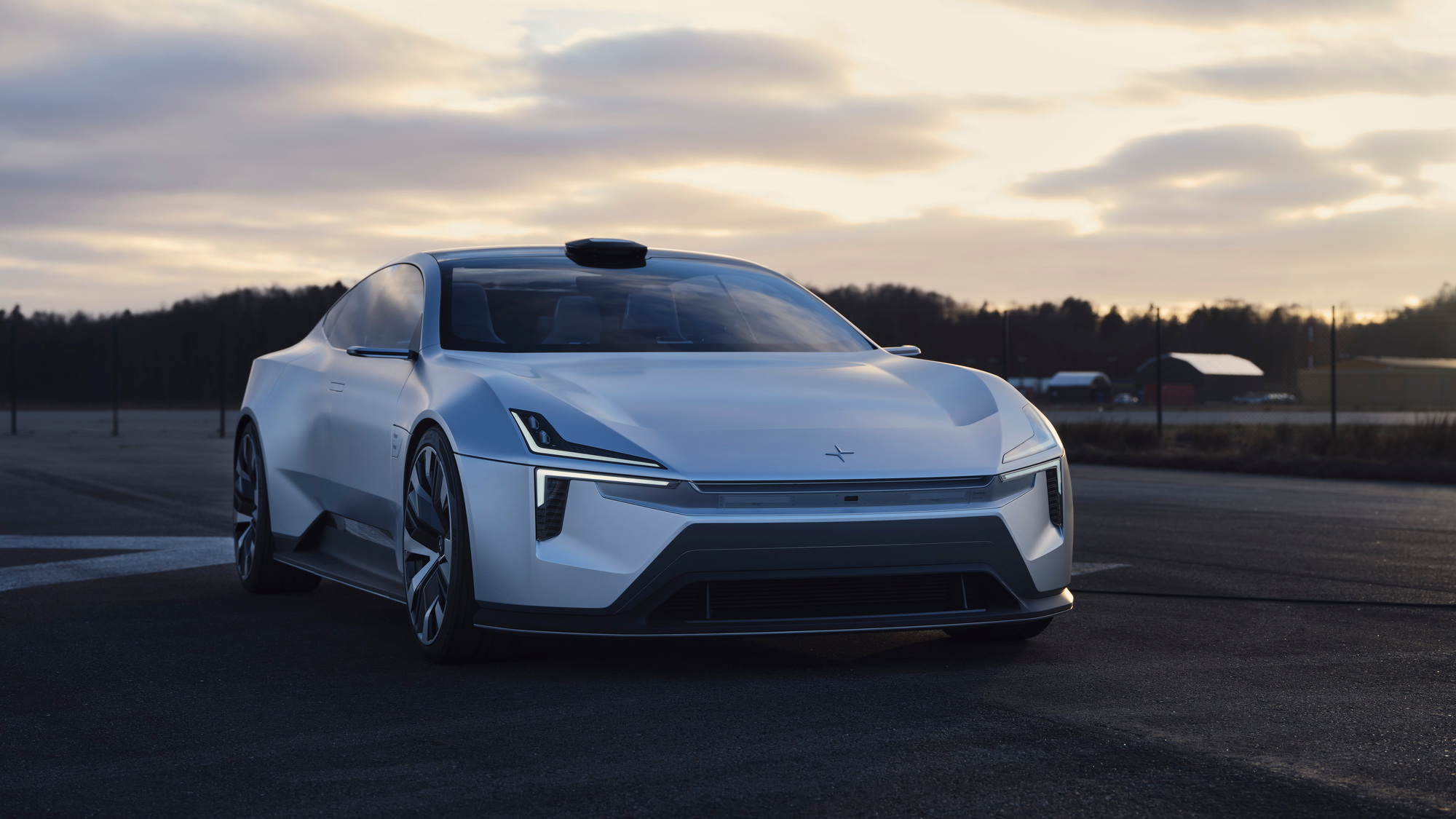 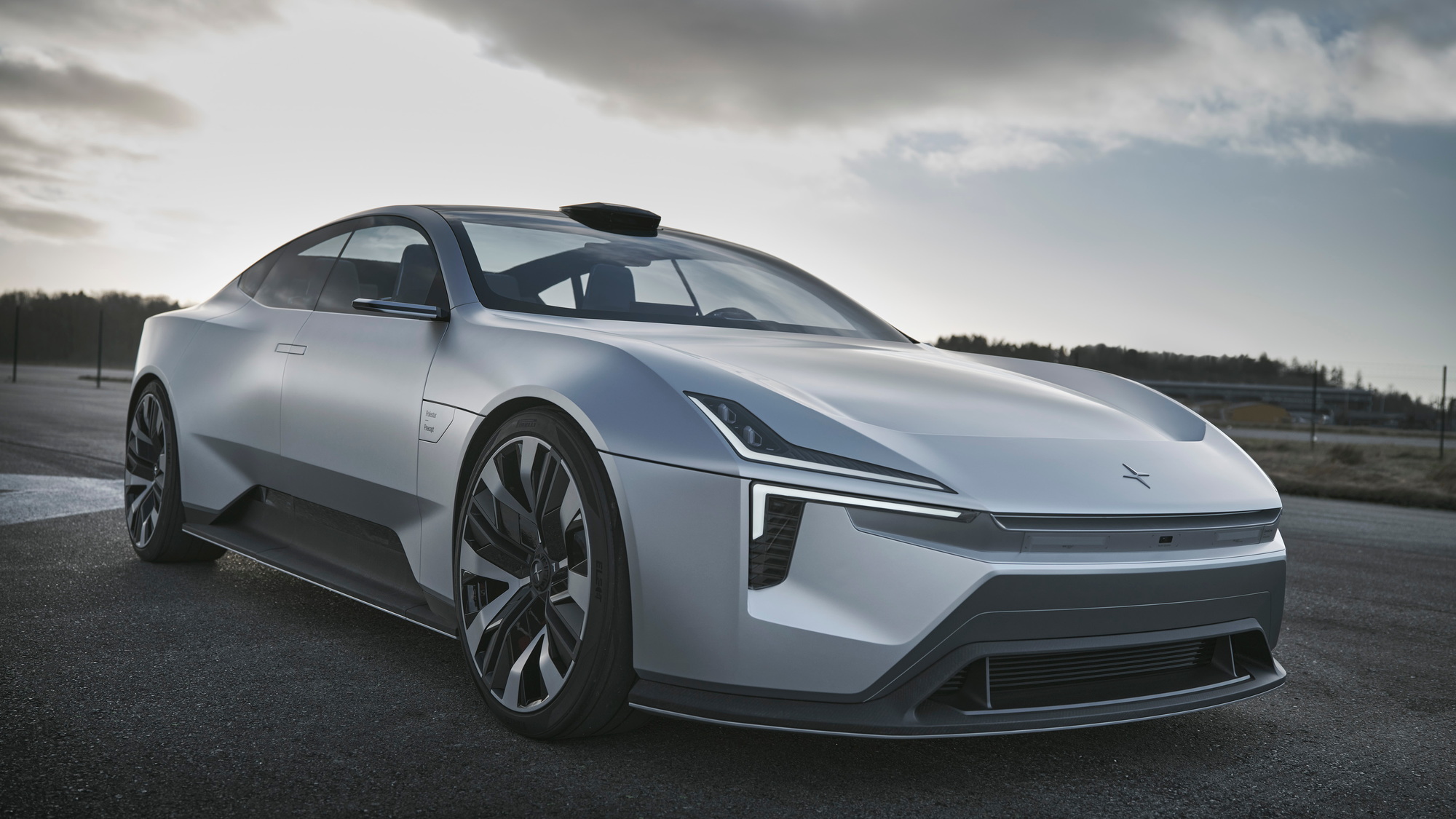 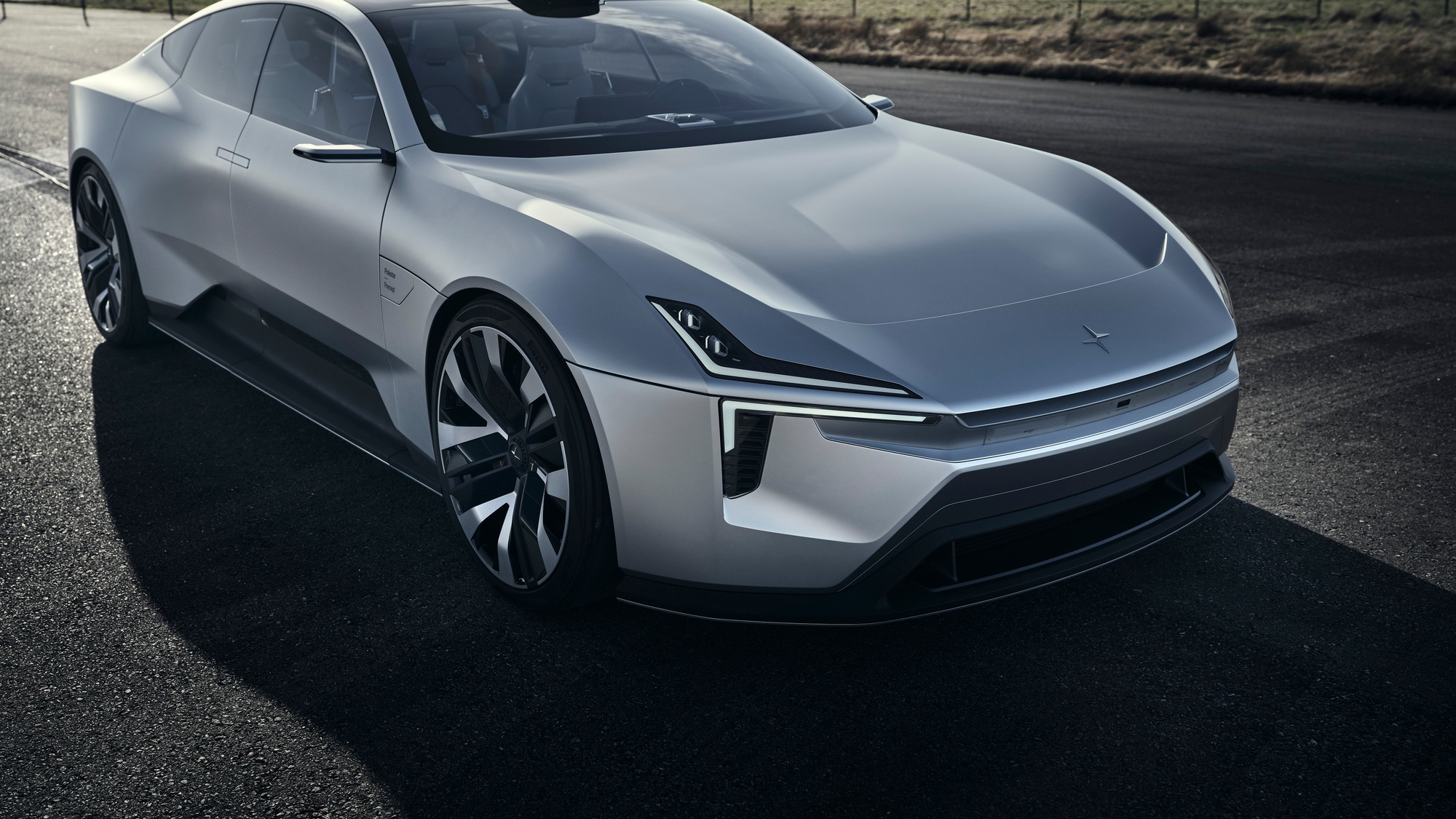 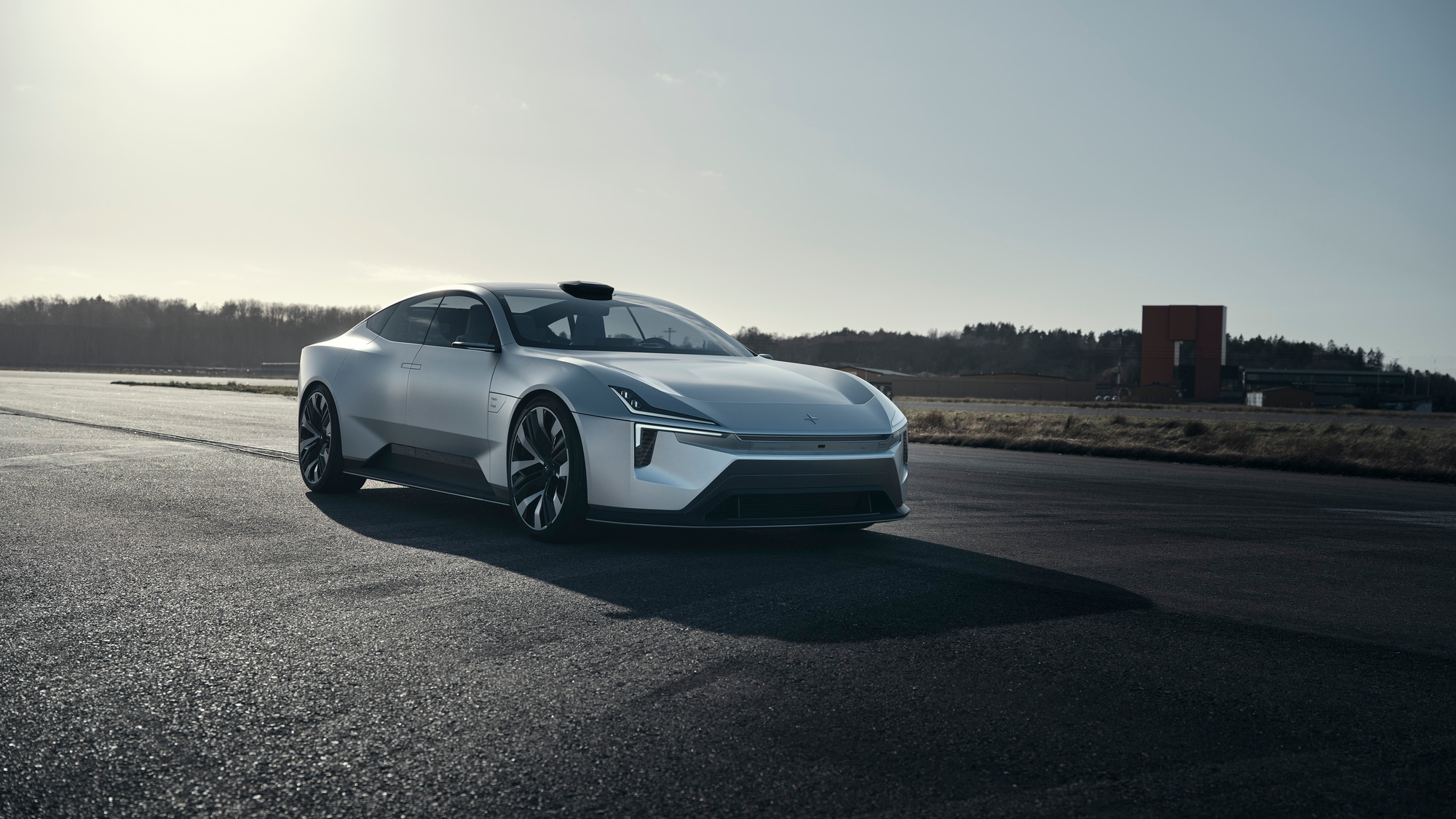 At some point, the little bird gets kicked out of the nest. At that point, the bird has to fly or fall.

Once a Volvo tuner and race team, Polestar is now the little bird spin-off electric brand from the Sino-Swedish mothership. Its first two cars, the Polestar 1 and Polestar 2, started out as Volvo concept cars that were turned into Polestar products and their Volvo lineage is quite apparent in the design. Now, with the Precept concept, Polestar is previewing a design language all its own. But it’s more than that, and it’s intended to set the brand on its own trajectory.

“It’s a design vision and a sustainability vision and a technology vision for the future. So you’ll find lots of elements of this car in future production,” said Max Missoni, head of Polestar design, in an interview with Motor Authority.

The Precept is a large, electric four-door grand touring car. Low, aerodynamic, and spacious inside for four, it blends classic elements of automotive design with new styling cues enabled by its electric drivetrain and a greener future.

From breathing to seeing

“We abandoned all these typical historical design references you see in cars today,” Missoni said. Notably, the Precept has no chrome, which is common in luxury cars.

It also doesn’t have a front grille for cooling. With a trunk up front instead of an engine, the hood slopes low, like a Porsche 911, and the Precept has a built-in wing at its leading edge to improve airflow over the body.

The nose also sniffs for new ground. No engine means the car uses its nose for seeing instead of breathing. Polestar uses it to “see” by creating an area it calls the Smart Zone that calls out the car’s driver-assistance sensors rather than hiding them within a black background. It includes mid- and long-range radar units, ultrasonic sensors, and a high-definition wide-angle camera. The look was inspired by modern consumer electronics.

“In the first read you just see a super clean surfacing job, but when you zoom in and you get closer to the car, you get this second and third read of technical information,” Missoni said.

The sides also feature ultrasonic sensors, front wheel vents, and brake ducts in front of or behind the rear wheels in low-set Smart Zones that were also visually inspired by electronics.

“We use very clean, pure shapes, but then we have high contrast,” Missoni noted. “Polestar plays with contrast as in dark areas in the lower of the car, and it’s a very graphically derived design.

The greenhouse breaks new ground thanks to technology as well. The roof has a lidar unit at its leading edge to show that more driver-assistance features and perhaps self-driving are in the cards for Polestar. More noticeably, the roof is inverted from the norm, with glass up top and a body panel where the rear window would be.

“We’re leveraging technology to give us advantages in aerodynamics,” Missoni said.

Without a rear window, the driver can rearward via a rear camera mirror and sideview cameras in place of mirrors. The design allows for a tailgate hinged above rear passengers’ heads and a tall rear end for better aerodynamics. The large glass roof creates an open feeling for the rear passengers, who have a spacious 39 inches of leg room.

Despite the technological and consumer electronics influences, the Precept has the proportions of a grand touring car teamed with efficient aerodynamics. That tall tail teams with widened rear fenders that give the car the look of a predator poised to pounce. Large 22-inch wheels with aero inserts fill the wheel wells front and rear, and the front fenders are also flared. Sharp character lines tuck in the car’s waist along the sides, and the black lower panels visually lighten the mass. The sloped nose recalls the look of a mid- or rear-engine sports car.

Some of those shapes were dictated by the wind. For better aerodynamics, Polestar also made the door handles flush, installed, flush-fitting glass, tapered the waist, and designed rear air blades..

The Precept is as different inside as it is outside, and again, Polestar abandoned traditional luxury cues. The cabin uses no wood or leather to impart a feeling of exclusivity. Rather, Polestar employs recycled materials and natural fibers in an effort to increase sustainability. The seats and headliner are made from recycled plastic bottles, flax-based materials create the panels, recycled fishing nets help create the carpets, and vinyl made from wine corks is used in the seat bolsters and head rests. The resulting panels are lighter and stronger than plastic, and the materials create their own structures and their own look.

“We incorporate that into a very high-tech environment. That’s why we get this beautiful contrast,” Missoni said. “I’m very proud that these materials, in the combination we used them, look extremely premium but at the same time very clean and very modern.”

The flax-based material is also used on the body for the front splitter, rear valence, and side sills.

The Precept takes Polestar infotainment to a new level and represents the next step in the partnership with Google on its Android-based system. It uses a 15-inch vertically mounted center screen that incorporates proximity sensors to make the system responsive to the driver. Eye tracking is used to alter the size and complexity of the information shown in the 9.0-inch digital instrument cluster.

The car also understands its surroundings. It uses Google Maps data to create a realistic driver display image that shows nearby streets, businesses, signage, and buildings. The system is also open to third-party apps, so its uses will be limited to the imaginations of numerous companies.

Will Polestar build it?

The Polestar 2 is coming next year, and the Polestar 3, an aerodynamic EV SUV, will likely arrive in 2022. Could the Precept be the Polestar 4?

Missoni wouldn’t say, but he did say the design language will be used in future vehicles, as will other elements.

“The materials we plan to work with, the technology we plan to implement, but anything beyond that we’ll have to talk about at a later point,” he said.

Whether Polestar builds the Precept or not, it represents a further evolution of the brand, with a distinct design language and cutting-edge technology.

With the design and technology previewed in the Precept, Polestar looks like it’s ready to fly.