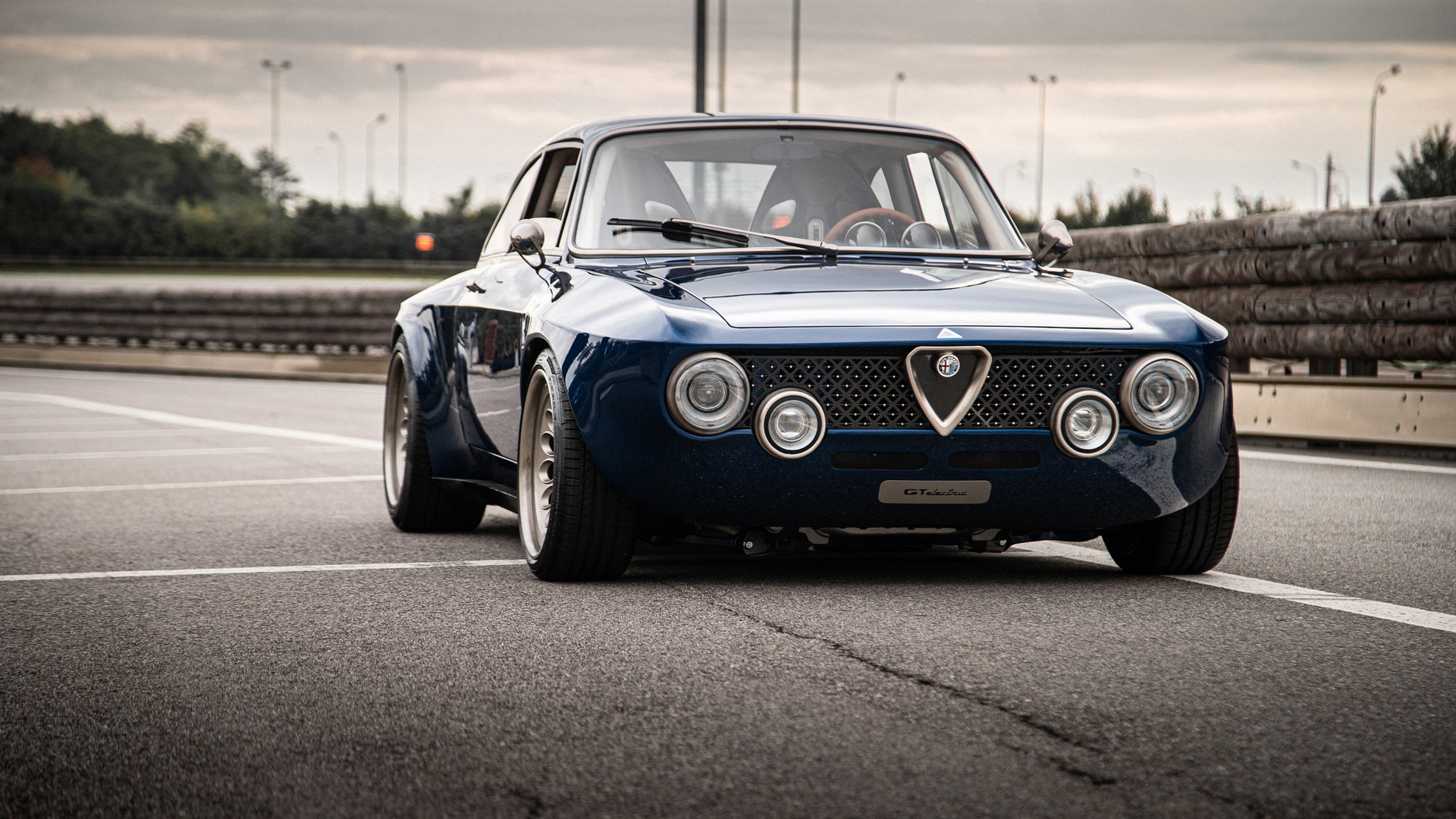 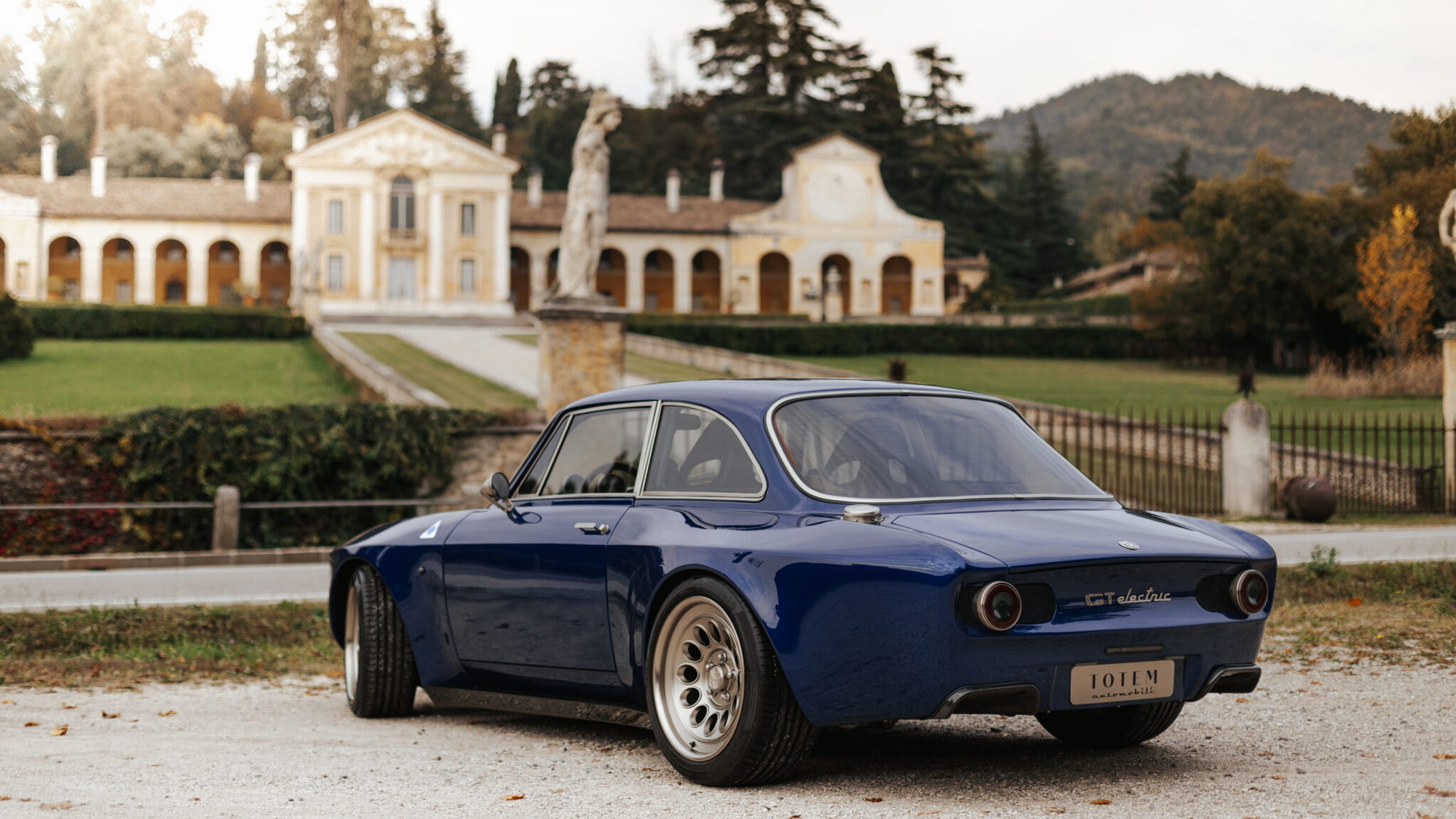 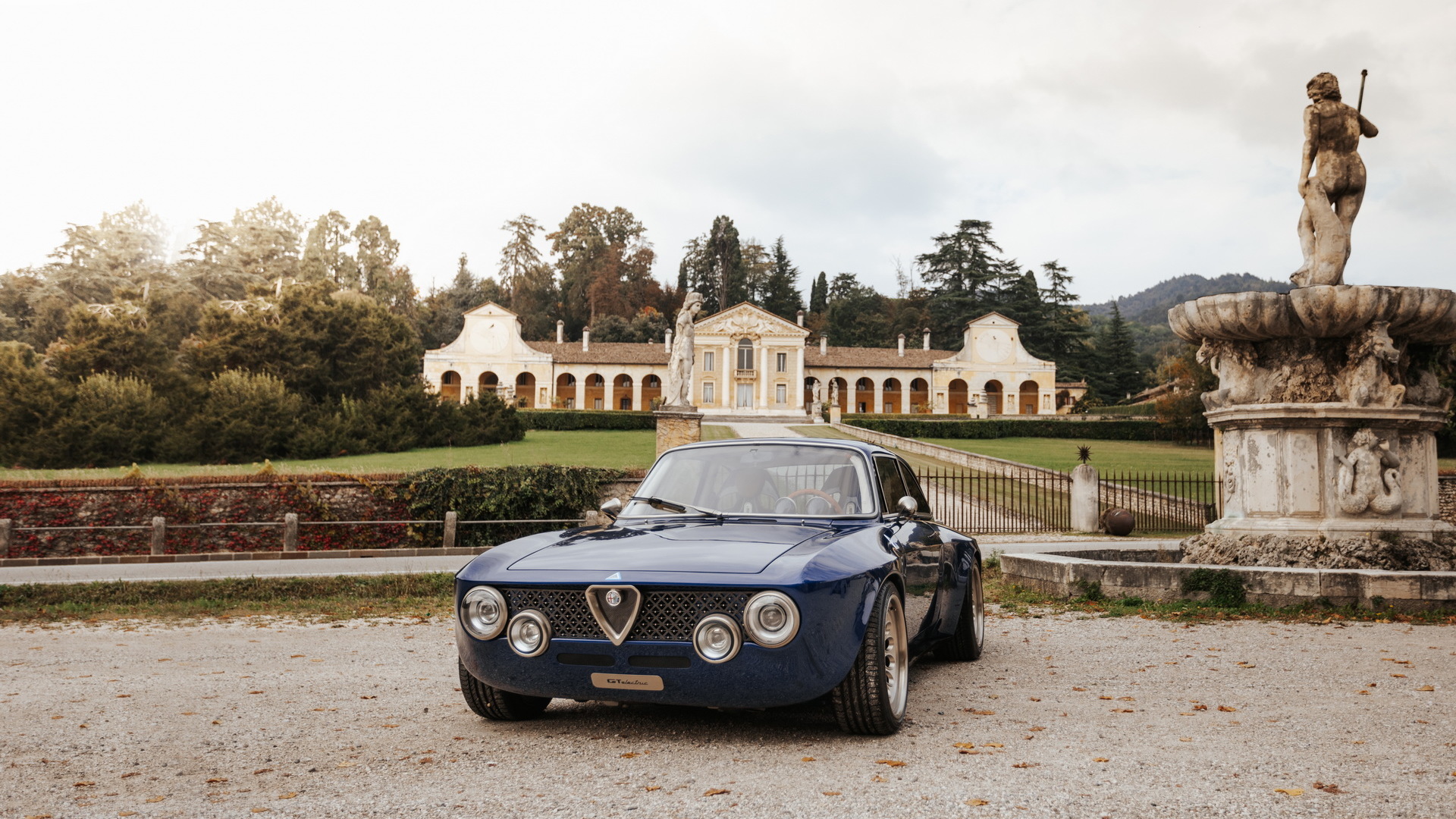 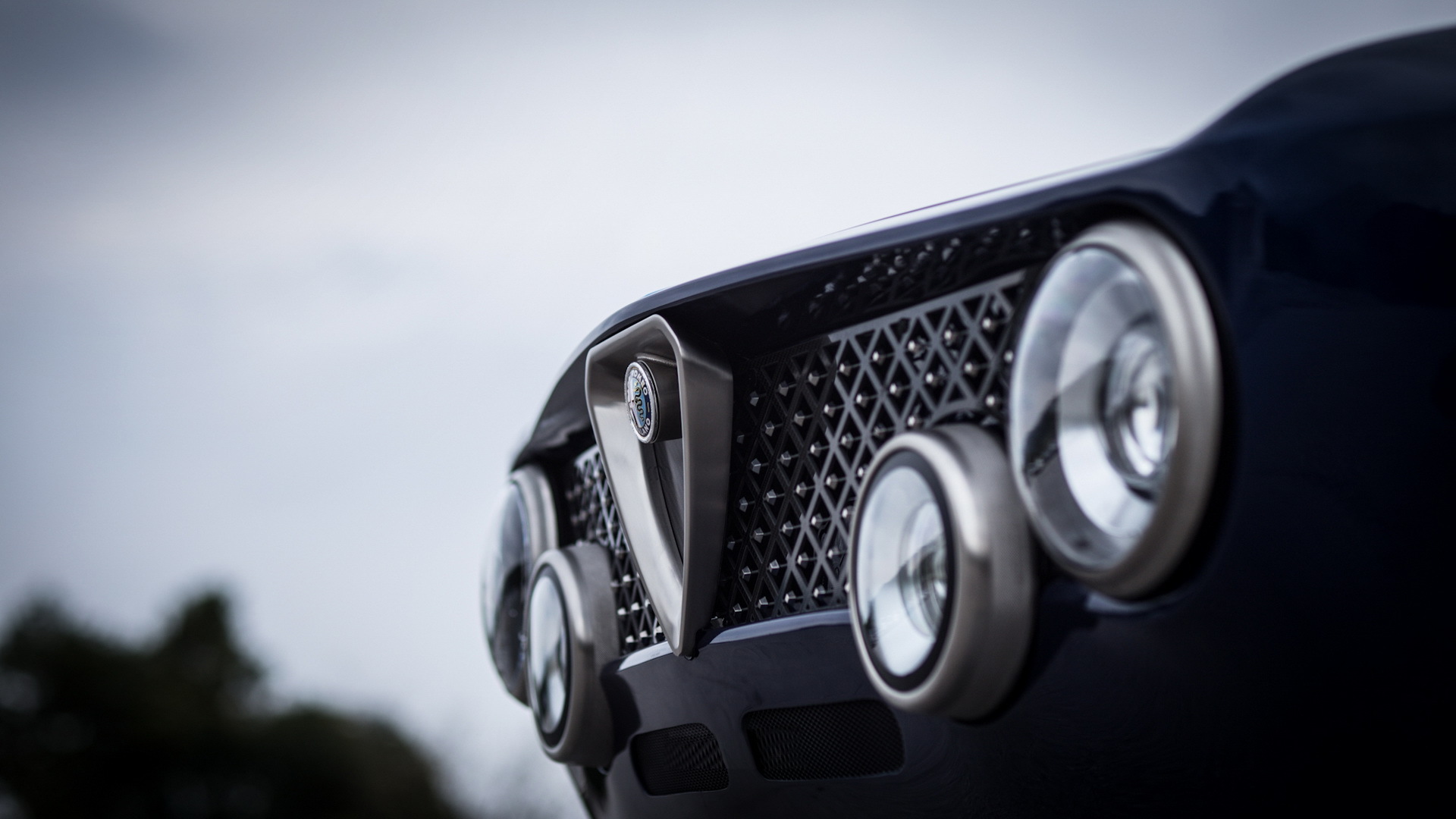 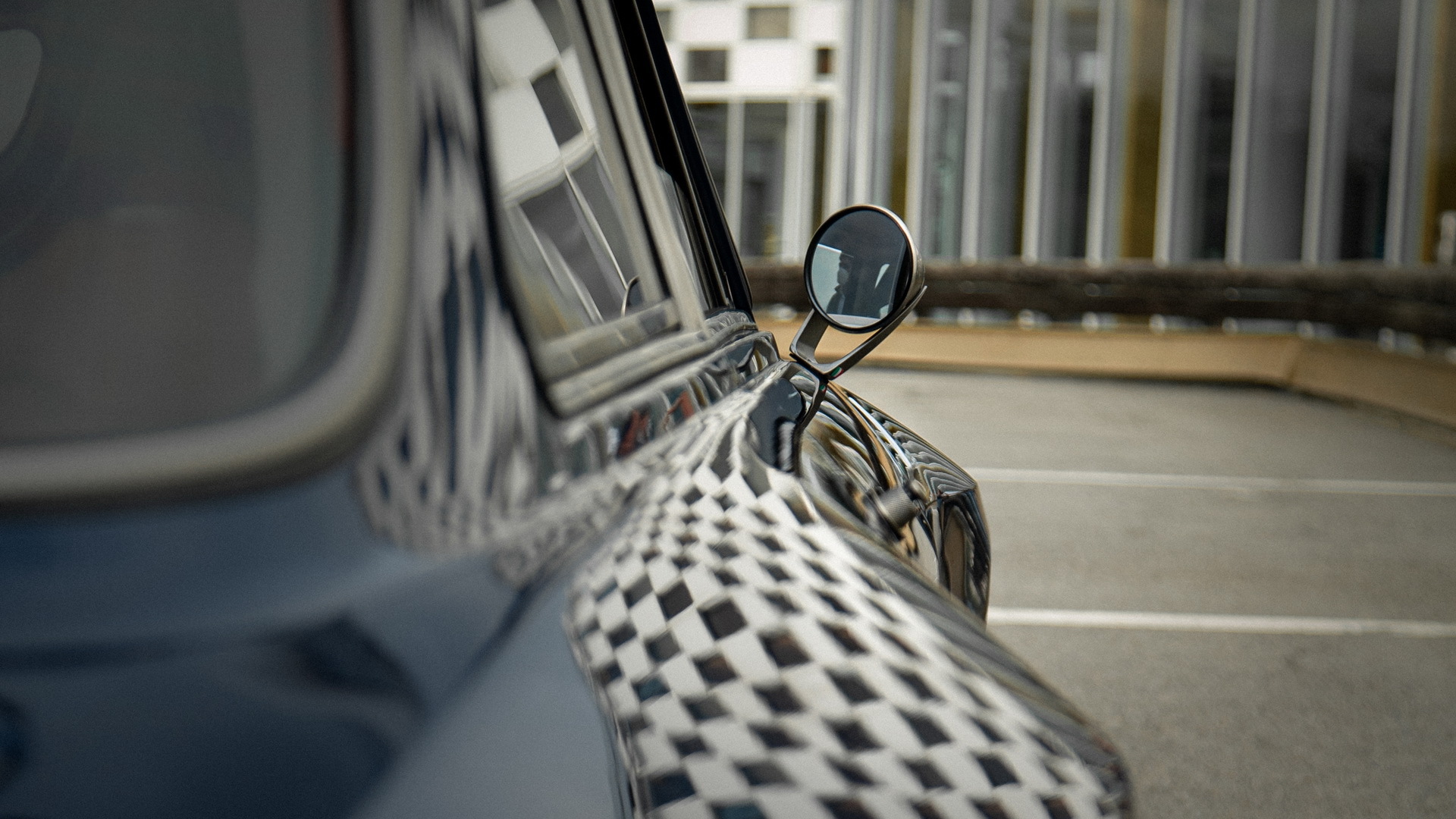 A company by the name of Totem Automobili has reimagined the classic Alfa Romeo Giulia GTA (namesake to Alfa's current most hardcore sedan) as a modern performance car with an electric powertrain and a carbon-fiber body.

The Totem Alfa Romeo GT Electric starts as a regular Giulia GTA, a homologation special that debuted in 1965, and undergoes about 6,000 hours of work at the company's facility in Venice, Italy.

Totem first announced details on the GT Electric in April and had planned to unveil the car in July at the 2020 Goodwood Festival of Speed, but the Covid-19 coronavirus pandemic resulted in a change to those plans. The company is currently accepting orders for the car which is limited to 20 units and starts at 430,000 euros (approximately $508,670).

That's certainly a steep price, though the donor Giulia GTA is a highly sought-after classic these days. The work done by Totem's team is also extensive.

The company uses only 10% of the original chassis and installs a roll cage to increase stiffness. The donor car's suspension also gets a rethink. In place of the stock double-wishbone front suspension, Totem installs a McPherson strut setup with two-way adjustable Bilstein Clubsport coil-overs. At the rear, a multi-link independent suspension attaches to a new subframe, which holds the electric motor. Totem also plans to offer an air suspension option. The GT Electric also rides on Totem-designed 17-inch wheels wrapped in Continental ContiSport Contact tires, and housing Brembo brakes.

The single electric motor generates 518 horsepower and 692 pound-feet of torque, and will see the car sprint to 62 mph from rest in 3.4 seconds, according to Totem. The claimed top speed is 152 mph.

A 50.4-kilowatt-hour battery provides a range of 222 miles (likely as measured on the European testing cycle) at "standard pace," according to the company, and weighs 771.6 pounds alone. To help offset the weight—the A in GTA does stand for Alleggerita (Italian for “Lightened”), after all—Totem crafts a new body out of carbon fiber. The resulting curb weight is just over 3,100 pounds, which isn't bad for an EV.

Rather than just copy the original design directly though, Totem made some subtle changes. The GT Electric has four headlights instead of the original two, the C-pillar design is tweaked, and the Alfa Romeo badge lacks the bars of the original. Totem also redesigned the underside of the car to improve aerodynamics, creating a flat floor with rear air extractors in an effort to generate downforce.

For the interior, Totem has swapped out the conventional gauges for a pair of 3.5-inch screens. And unlike in the original Alfa Romeo Giulia GTA, Totem's GT Electric gets power windows and air conditioning. The company has also decided to add an exterior sound system consisting of multiple speakers. This is to enable the car to sound like the original, with accurate locations for the sound of the engine revving, the gears being shifted, and the exhaust shouting.

Deliveries are due to start in mid-2022.