General Motors' idled plant in Lordstown, Ohio, which last built the Chevrolet Cruze, has been sold to Lordstown Motors Corporation, the two companies announced on Thursday in a joint statement.

LMC is an EV startup whose first product will be the Endurance pickup truck, which is slated to roll off the line in late 2020. A teaser sketch released by the company hints at a handsome design.

The company has serious backing and includes former Tesla manufacturing chief Rich Schmidt among its ranks. LMC's CEO, Steve Burns, is also the founder of Workhorse, which manufactures electric vans and in 2016 announced the W-15 extended-range electric pickup truck. LMC is licensing EV technology from Workhorse and has the opportunity to acquire 6,000 existing pre-orders Workhorse has already received for its W-15 truck.

Full details on LMC's Endurance will be revealed in due course but we know the truck will feature an electric motor at each wheel hub, a design the company said reduces the number of moving parts and will help to reduce breakdowns and maintenance costs for owners compared to conventional trucks. The Endurance will also feature a power take-off. 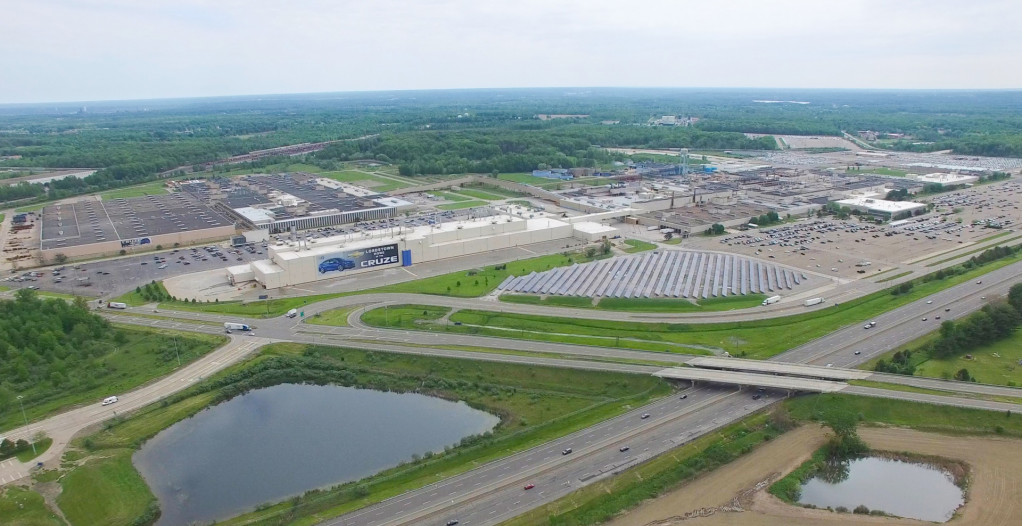 The Lordstown's plant, which spans some 6.2 million square feet, was one of two U.S. vehicle plants GM said it would idle in an announcement made in late 2018. The other was the Detroit-Hamtramck, which GM said in October will be used for production of its own electric pickup truck.

As part of LMC's purchase agreement of the Lordstown's plant, all manufacturing equipment, including robots, will remain.

"We are committed to the people of Lordstown, we will locate our headquarters in the Lordstown plant, and we plan to build the Endurance pickup truck utilizing experienced workers who helped produce millions of vehicles in this very same plant," Burns said in a statement.

There's soon going to be a lot of competitors in the electric pickup space. Tesla will show its own contender on November 21. Ford also has an electric F-150 is in the works, and EV startups Rivian and Bollinger plan to start production of their respective R1T and B2 pickup trucks in 2020.