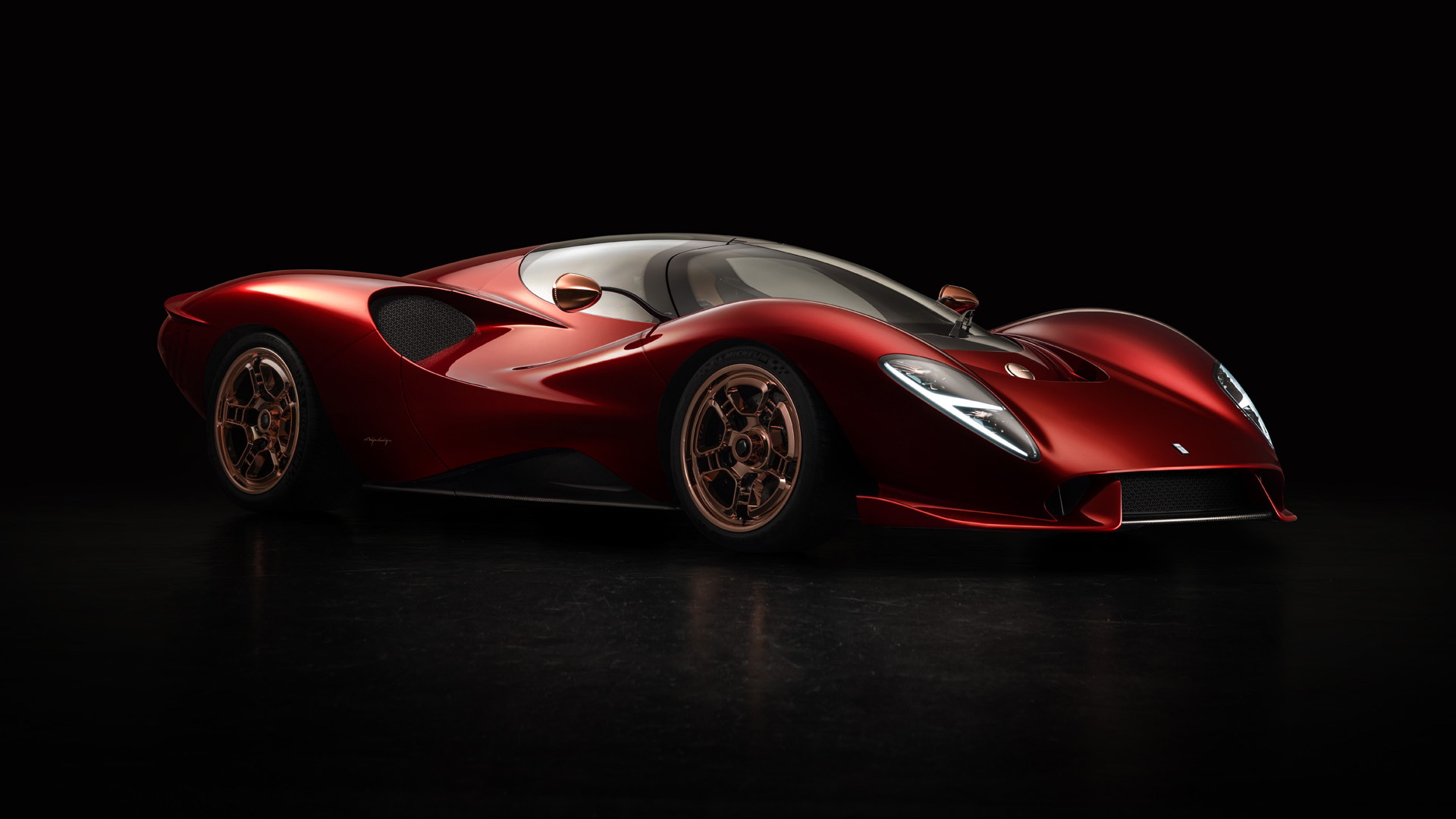 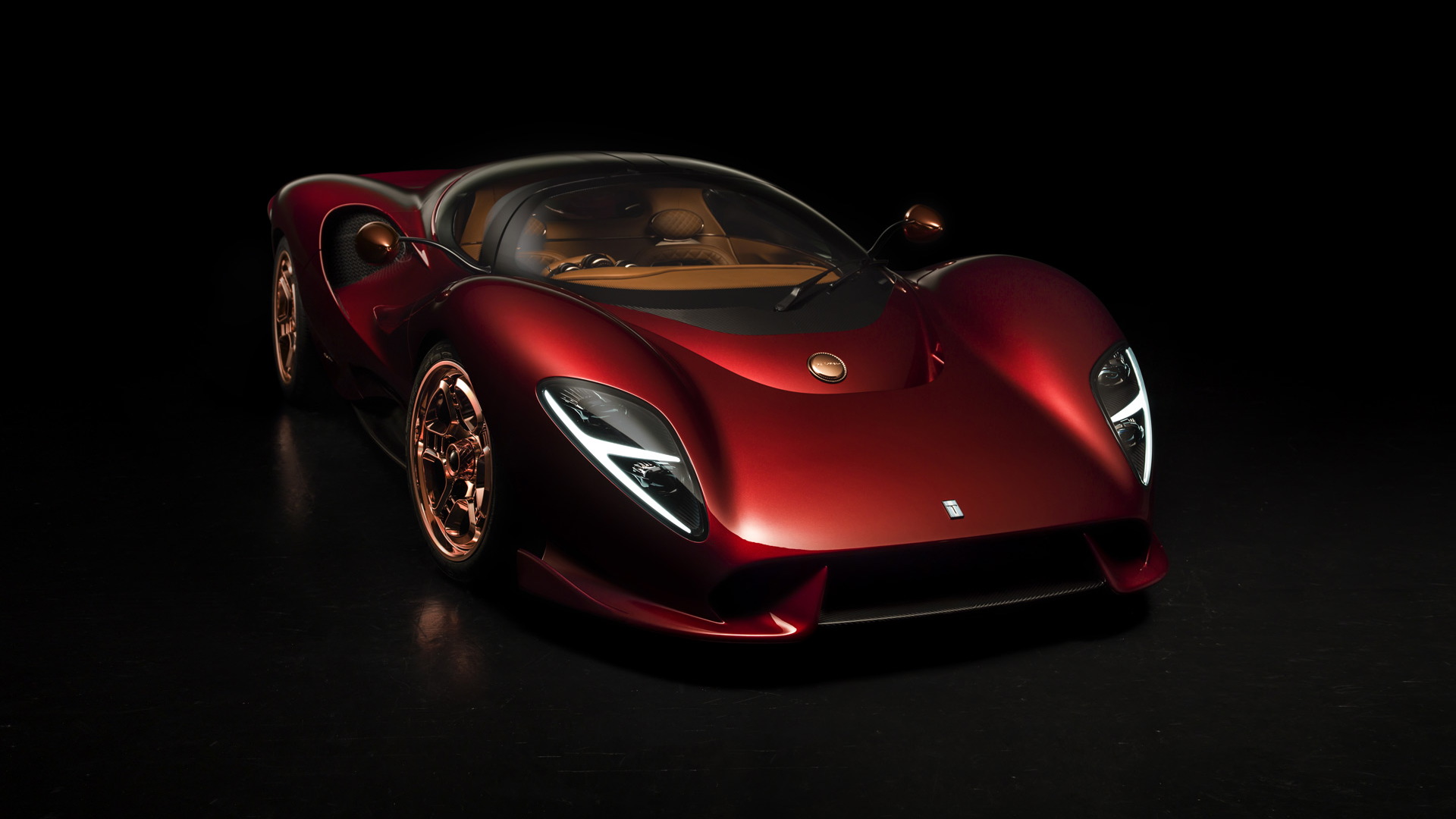 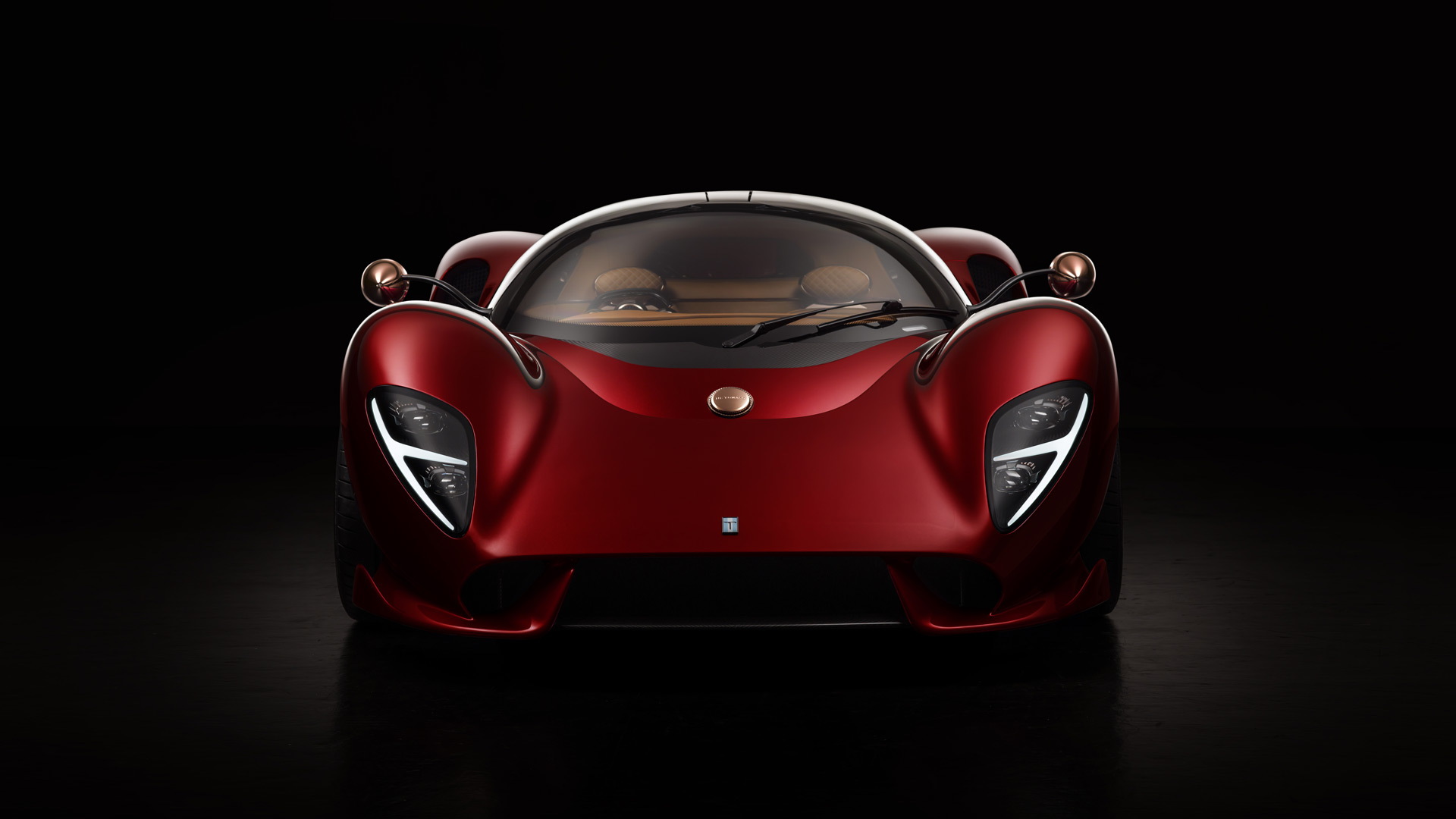 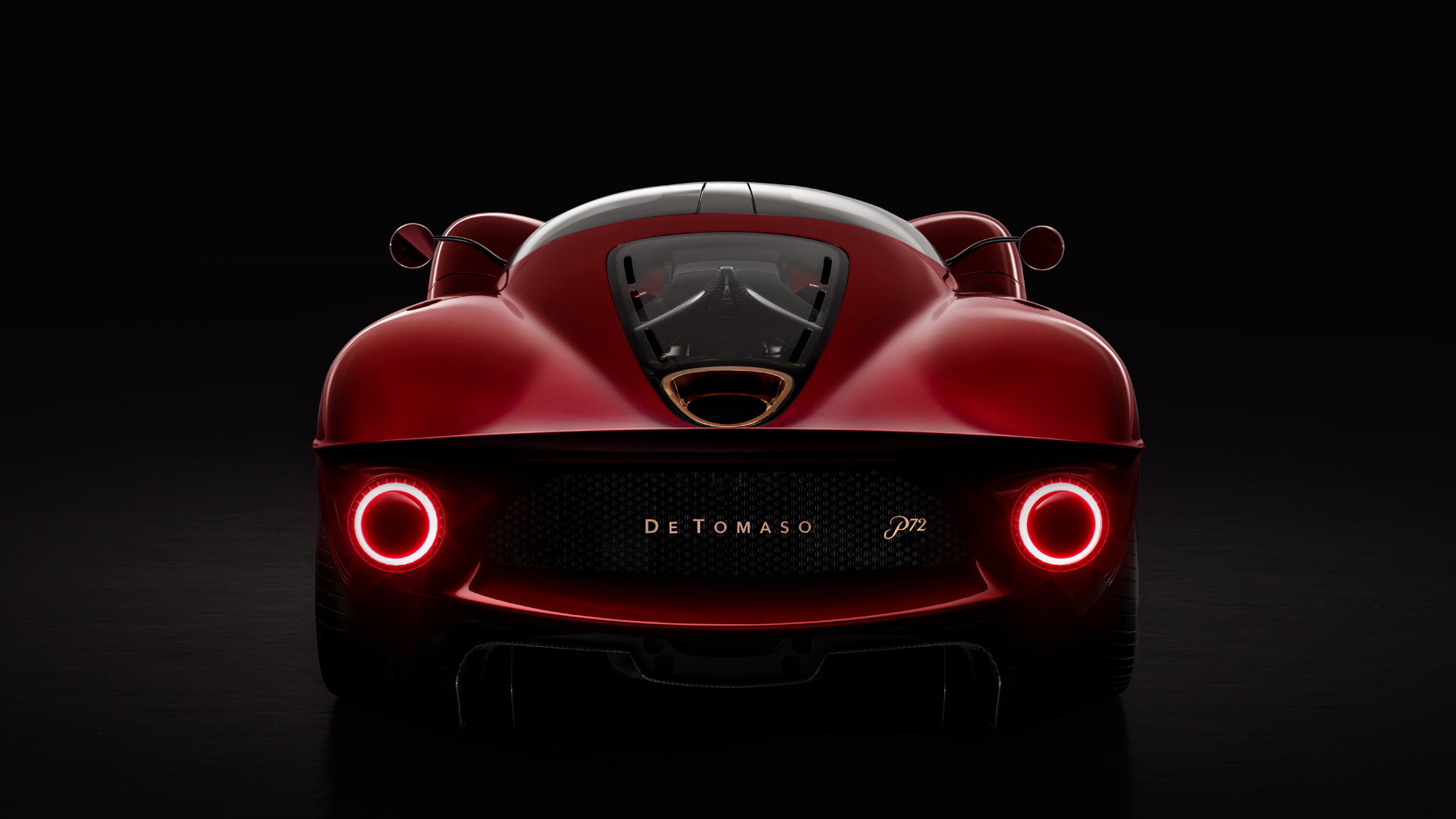 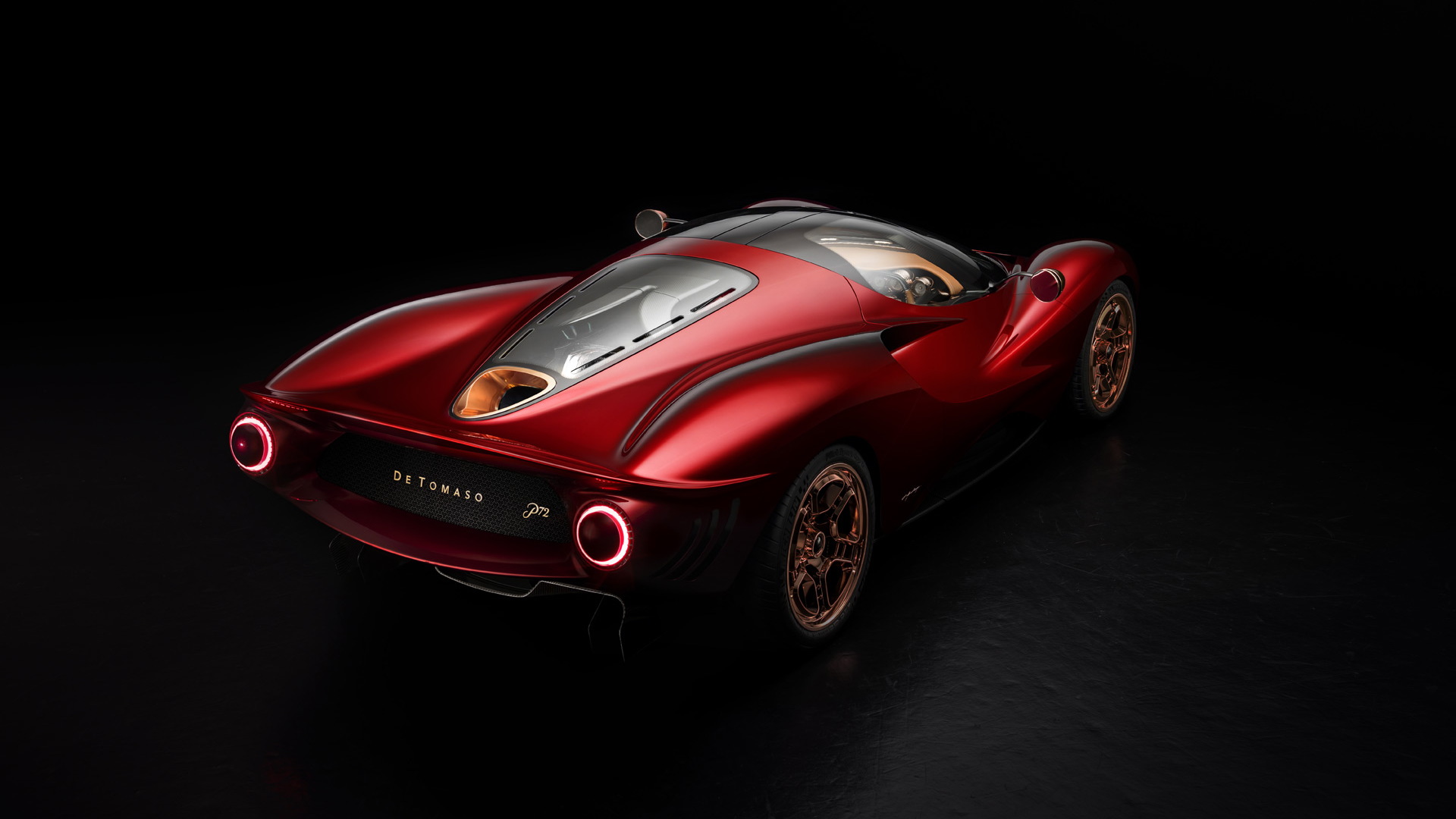 Italy's De Tomaso is back, and the revived company is sticking with high-performance cars, the first of which is the stunning P72 supercar that was unveiled in July at the Goodwood Festival of Speed.

It's an homage to the P70 that De Tomaso founder Alejandro de Tomaso and Carroll Shelby developed in the early 1960s, and like the P70, the modern P72 is powered by a Ford engine, specifically the 5.0-liter V-8 known as the Coyote.

De Tomaso teamed up with Roush to develop a bespoke version of the V-8 delivering in excess of 700 horsepower and 608 pound-feet of torque. The engine features dry sump lubrication and a supercharger and, according to De Tomaso, boasts a power curve comparable with a naturally aspirated engine.

Instead of targeting huge horsepower, the goal for the engineers was maintaining a smooth, linear power-curve and an old-school American V-8 soundtrack, the company said. The latter required specific tuning of the exhaust so that it minimizes the whine of the supercharger and matches the sound of early V-8s. According to De Tomaso, the sound of the P72 will take you back to the starting grid at the 24 Hours of Le Mans in the 1960s.

Add in the standard 6-speed manual, and the P72 is the vintage throwback that's missing in today's world of automatic transmissions and electrified performance.

“In our opinion the market is now over-saturated with commercially driven limited-edition models primarily marketed on performance metrics,” said Ryan Berris, De Tomaso's general manager. “We have grown tired of this notion and thus took a contrarian approach with the P72.”

The strategy appears to have worked. According to Berris, demand for the car's 72 build slots has been overwhelming, despite the final price tag expected to come close to $850,000.

Running De Tomaso is Ideal TeamVenture, the same Hong Kong-based company that bought German supercar marque Gumpert and turned it into Apollo, maker of the V-12 beast that is the Intensa Emozione. And in the United States, sales and servicing for De Tomaso is being handled via Miller Motorcars in Greenwich, Connecticut.