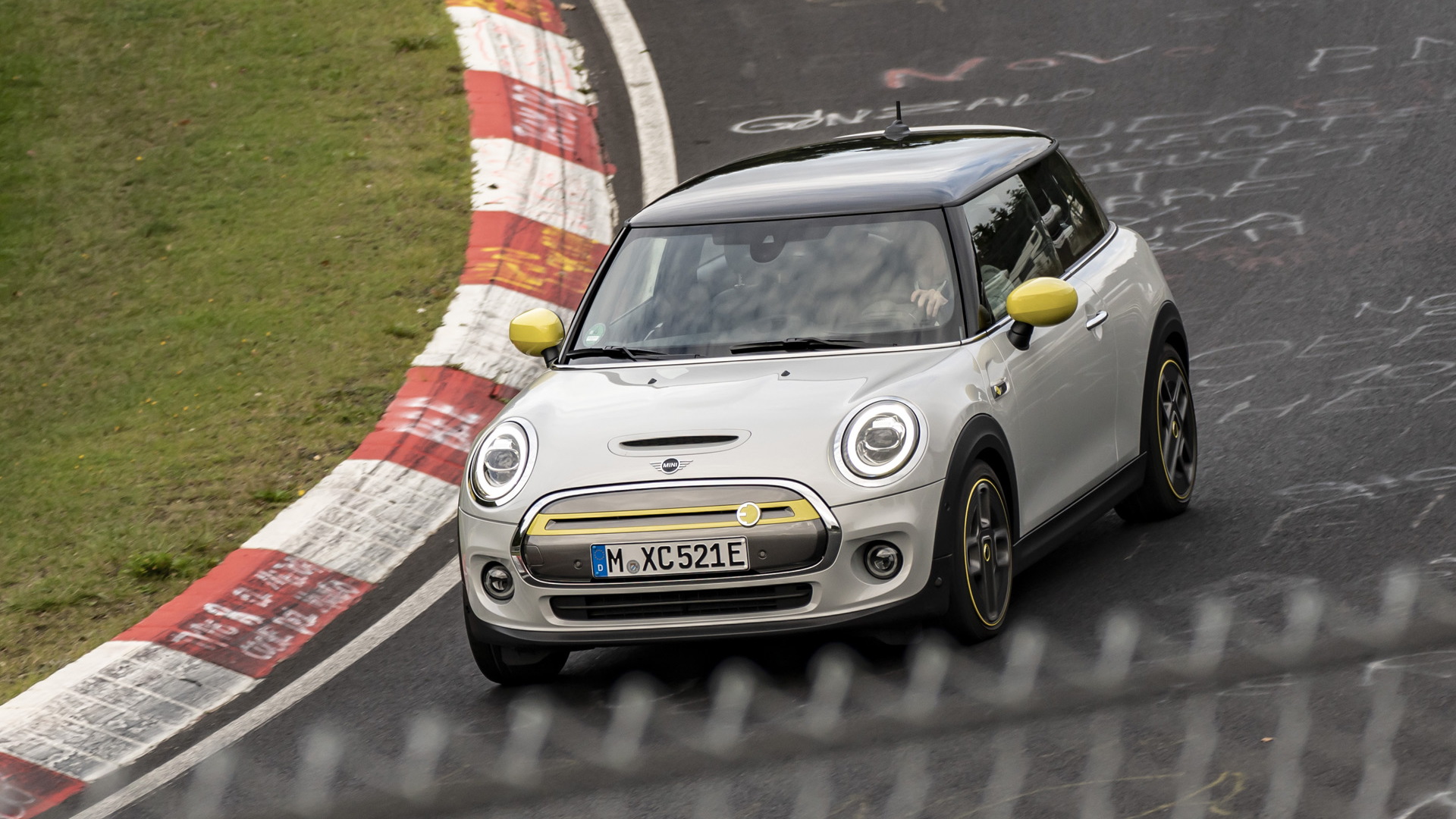 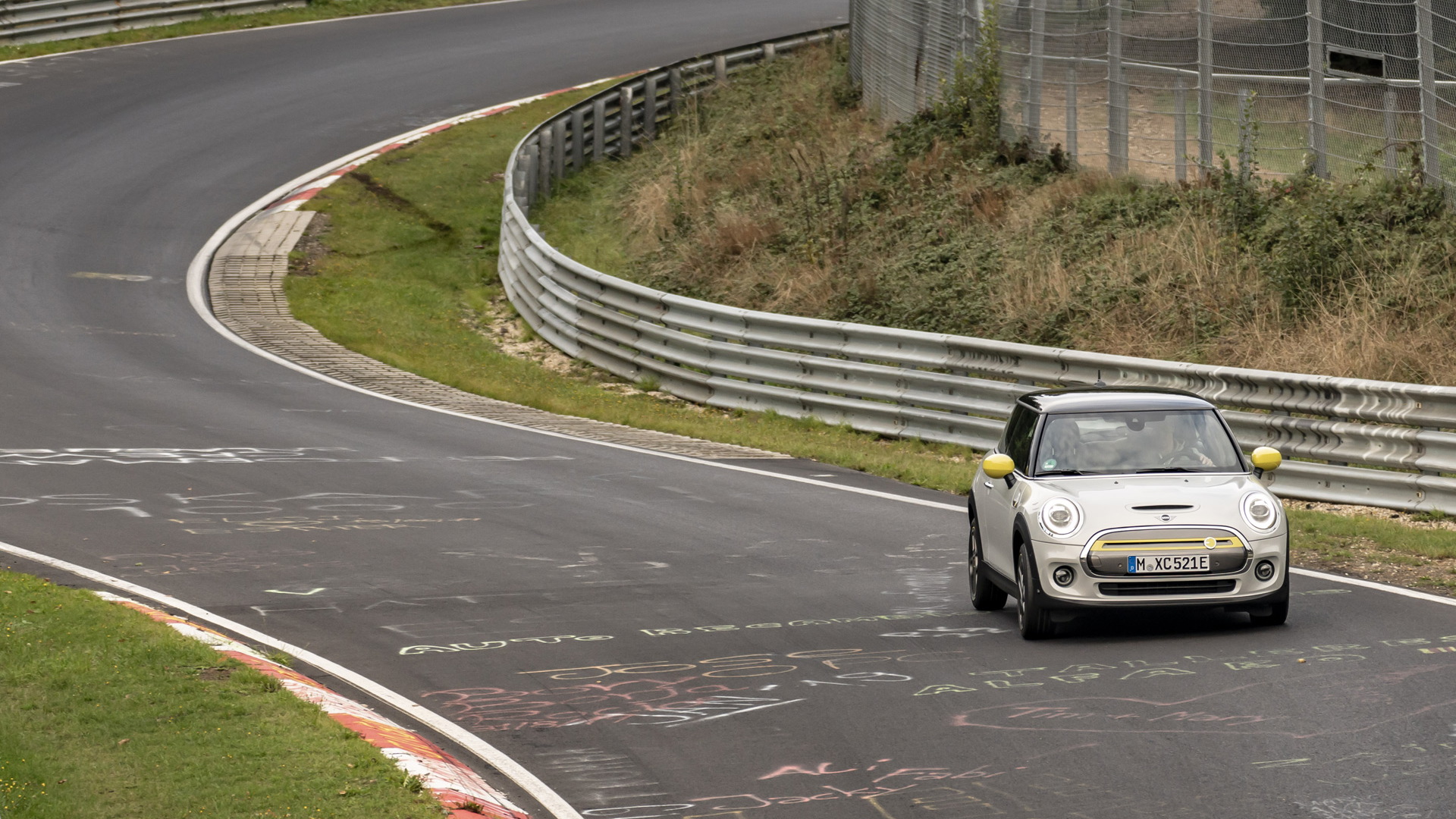 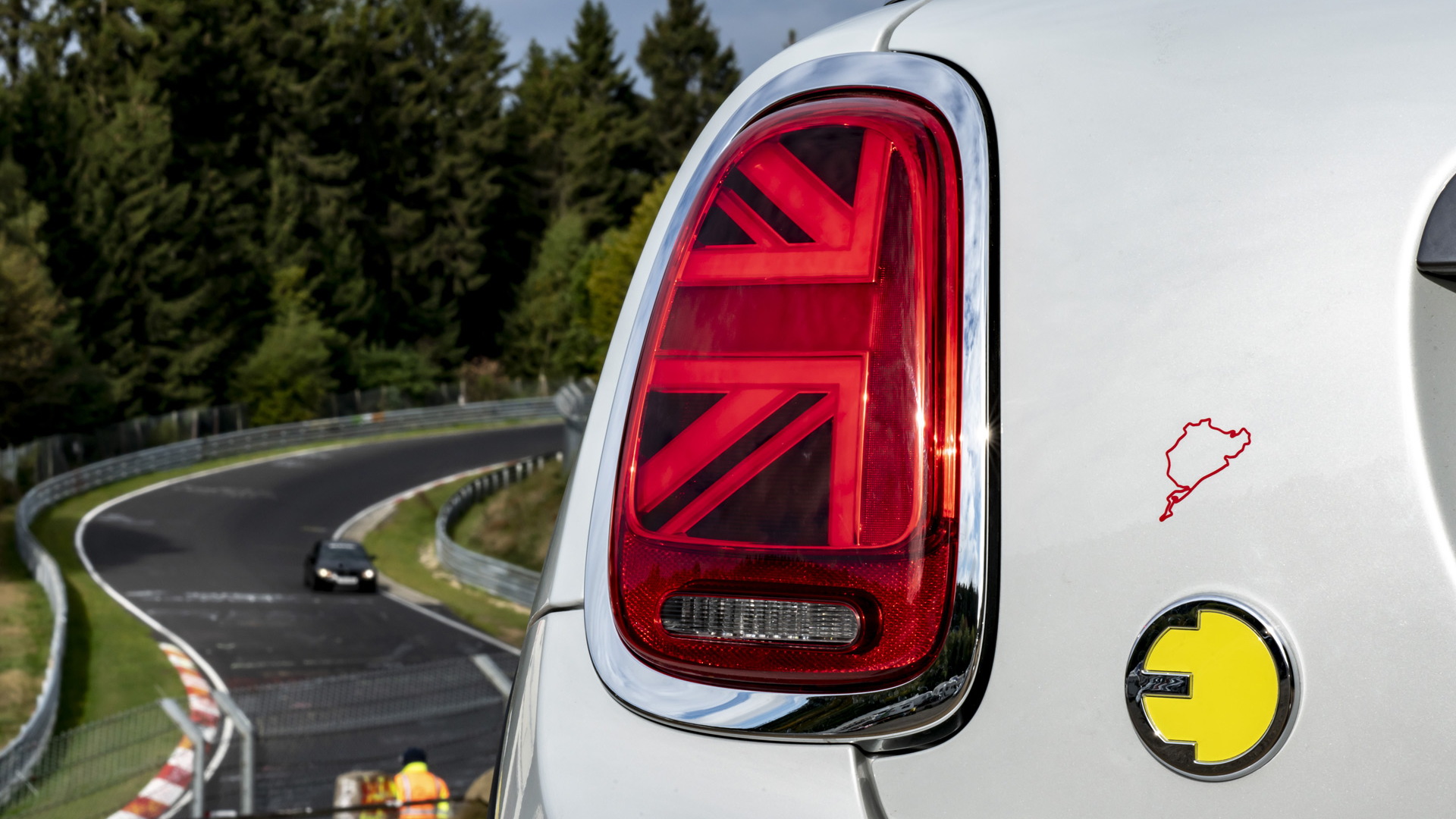 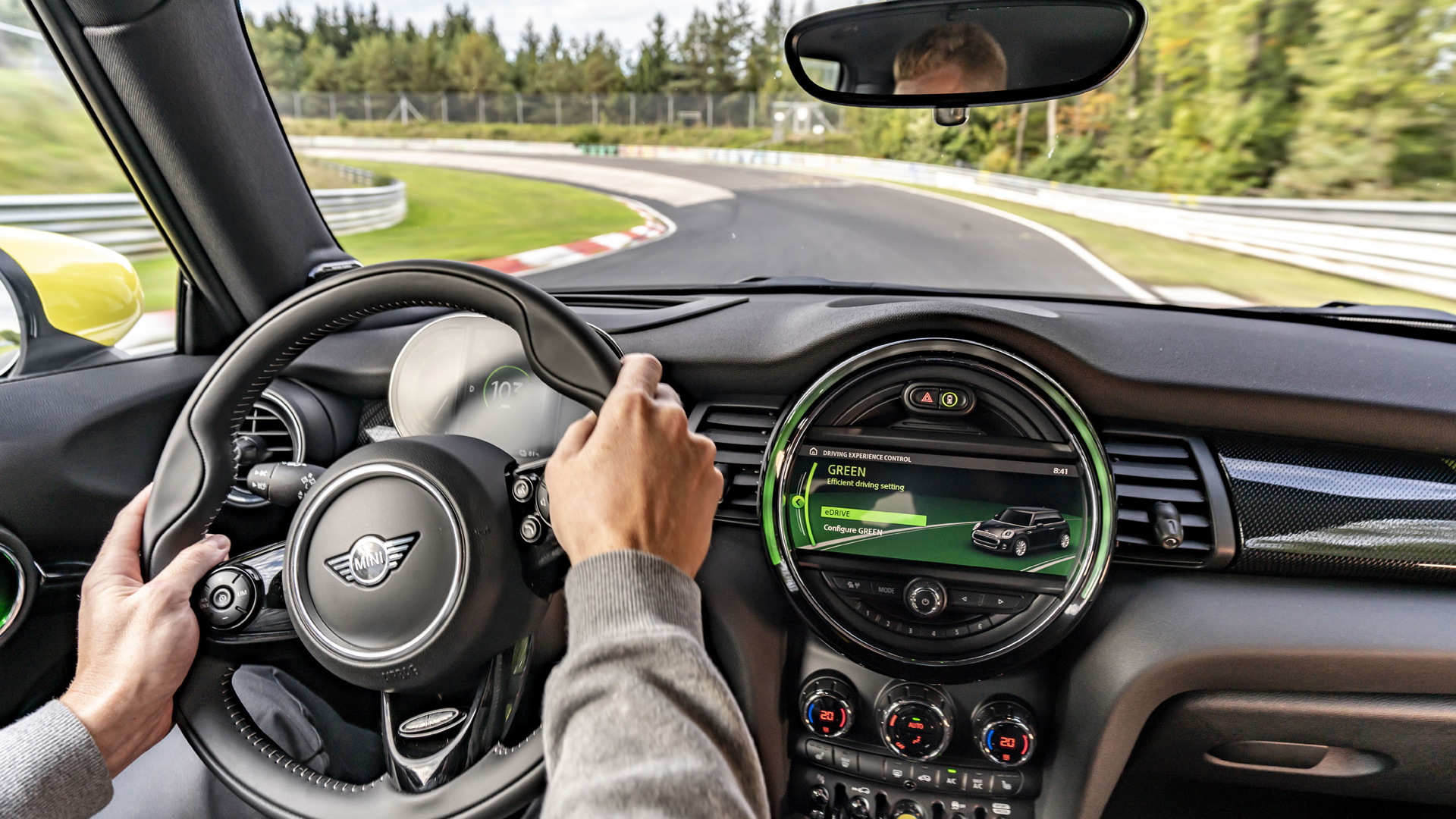 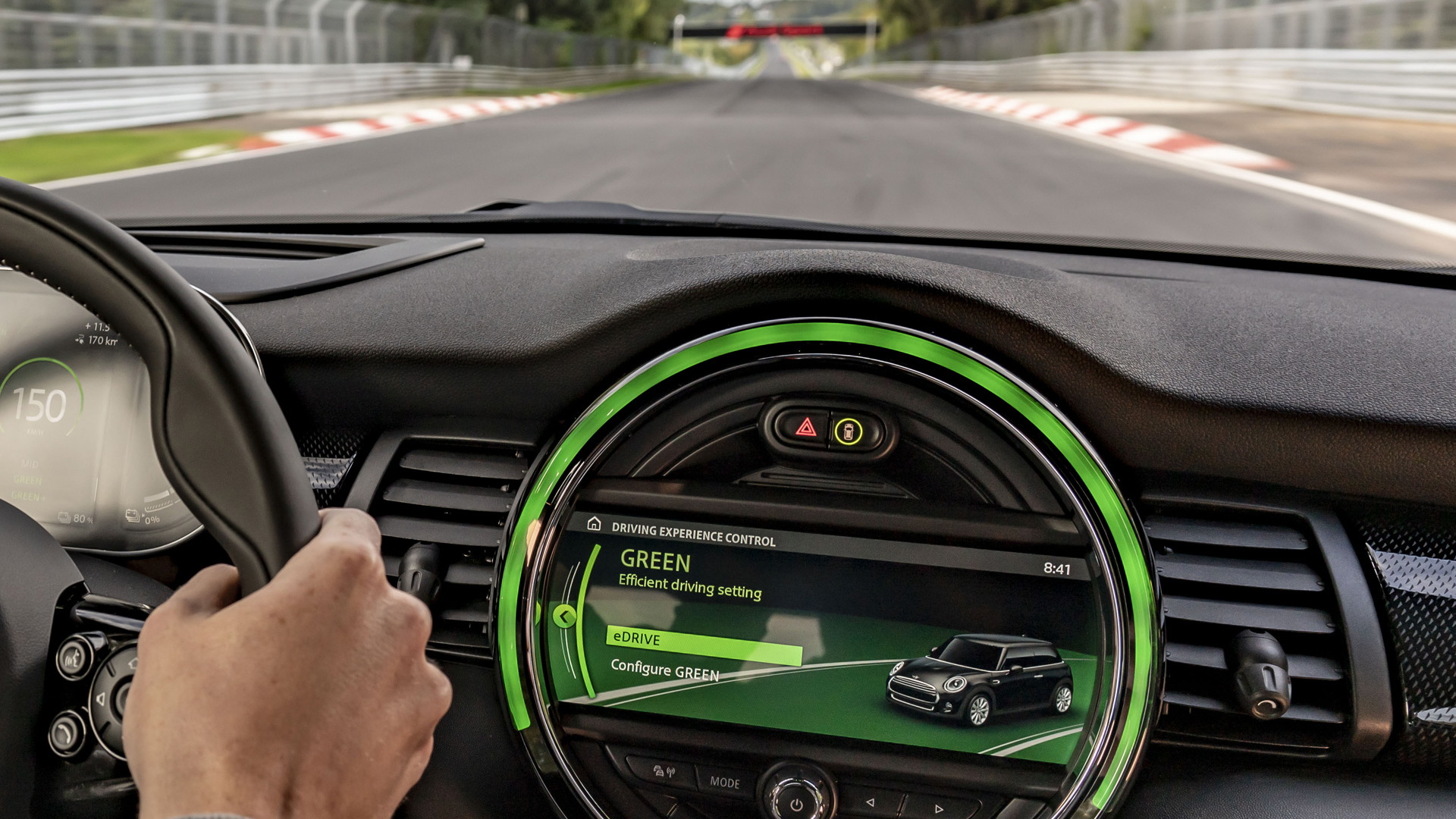 A major benefit of electrified cars is the ability to recapture energy normally lost as heat when braking.

Known as regenerative braking, the electric motor that powers the wheels of a hybrid or EV can act as a generator whenever the driver lifts off the accelerator. The kinetic energy of the moving vehicle spins the generator which charges the battery and slows down the vehicle.

In many EVs, the driver is able to select the severity of the regenerative braking, and in some cases it can be strong enough to bring a vehicle to a complete stop, meaning the driver doesn't even need to tap the brakes. This is known as one-pedal driving.

2020 Mini Cooper SE at the Nürburgring

In Mini's new Cooper SE electric hatch, there are two levels of regenerative braking severity (0.11 and 0.19 g), which the driver can select with a toggle switch. The stronger of these is severe enough that Mini was able to take its Cooper SE on a lap of the Nürburgring without engaging the brakes. That's impressive considering the 'Ring's 12.9-mile length and severe elevation changes.

Before you go out and try this yourself, note that the driver couldn't just attack the racetrack at full speed. They had to drive in a manner that would allow the regenerative braking to slow the vehicle enough so that it could make the 73 corners without running off the track.

The Mini Cooper SE is based on the Hardtop and arrives for the 2020 model year with a single electric motor at the front axle rated at 181 horsepower and 199 pound-feet of torque. Mini quotes a 0-62 mph time of 7.3 seconds and a top speed of 93.2 mph. The battery is a 35.2-kilowatt-hour lithium-ion unit that's expected to deliver an EPA-rated range of 114 miles.