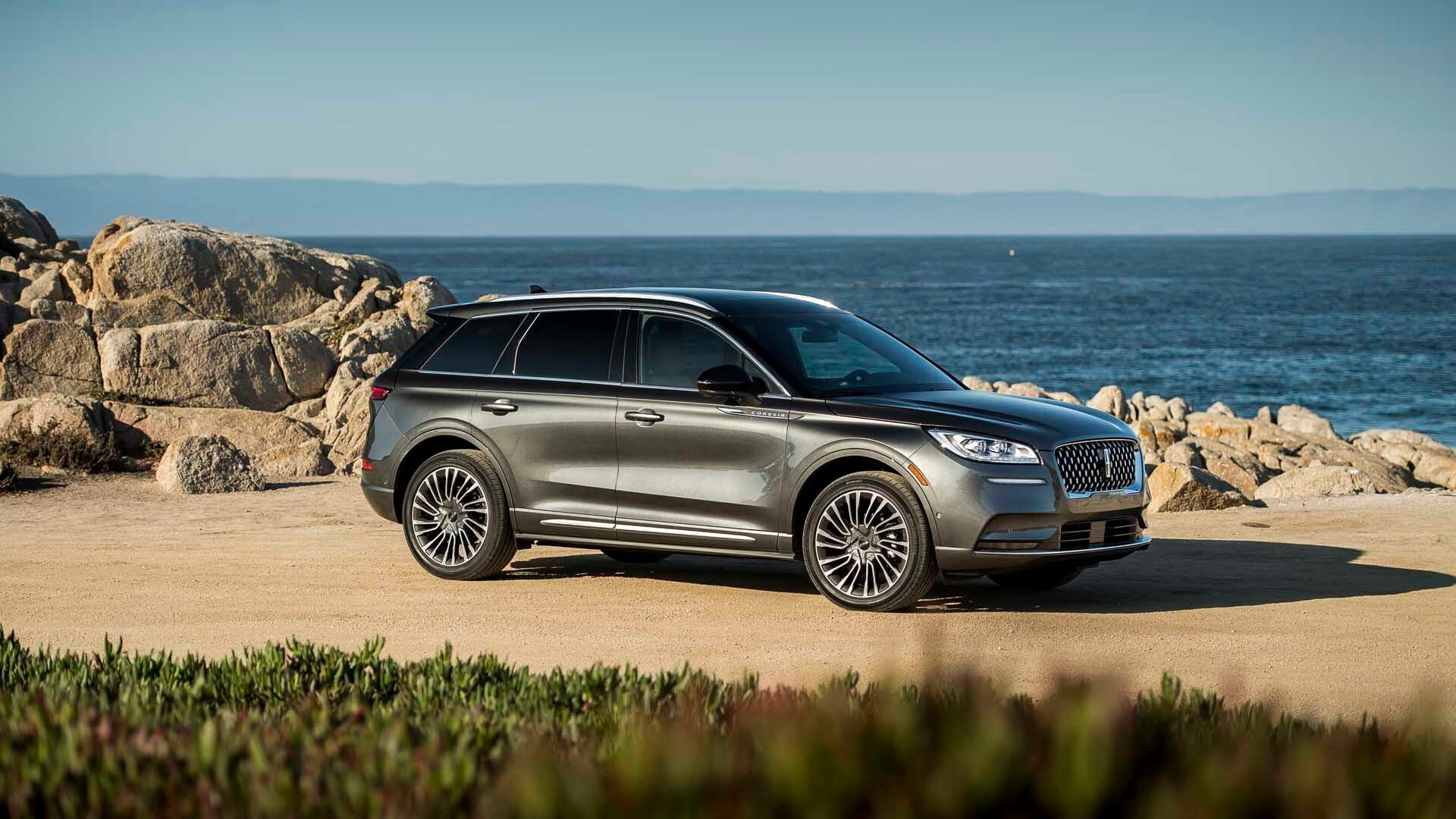 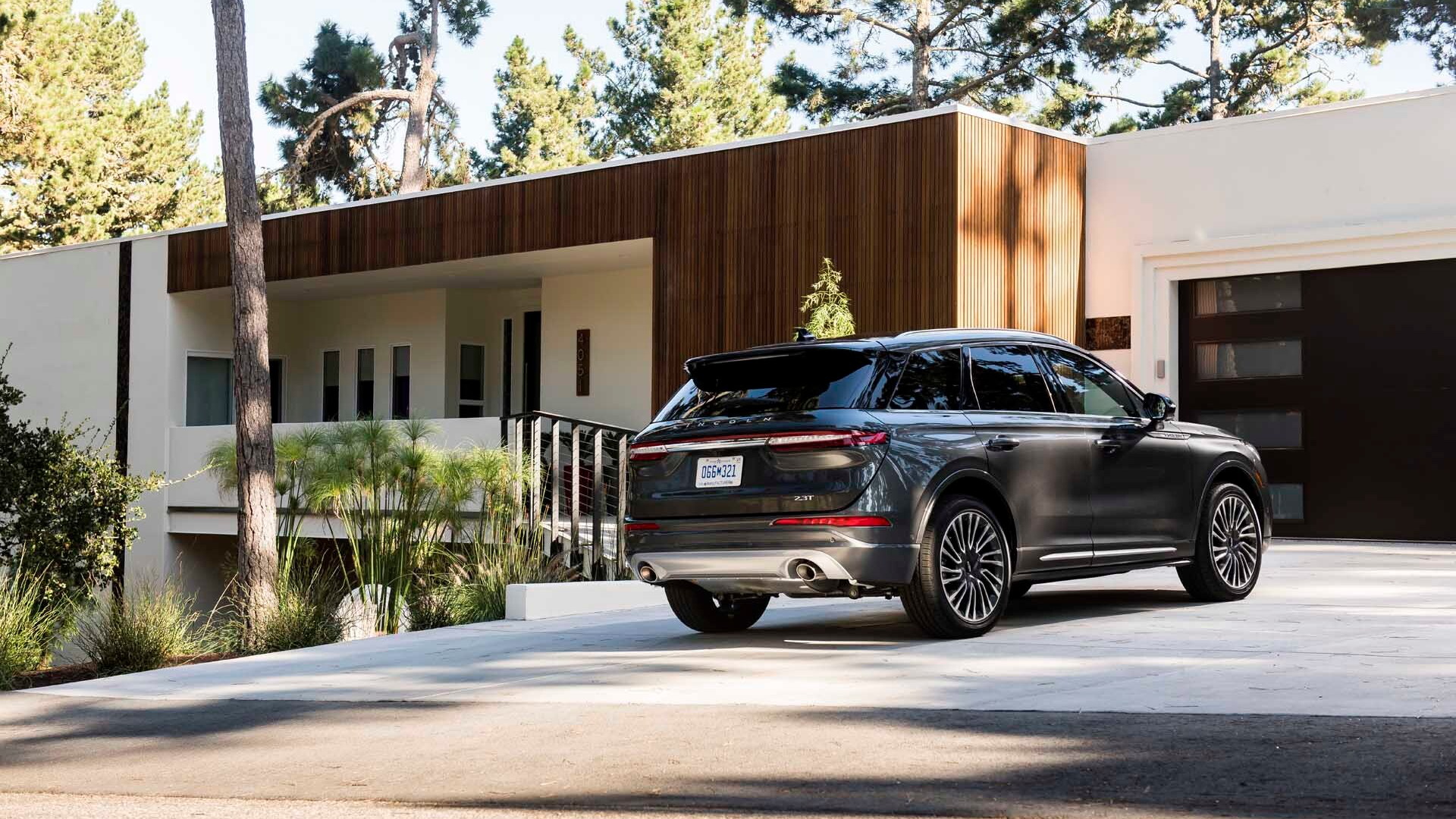 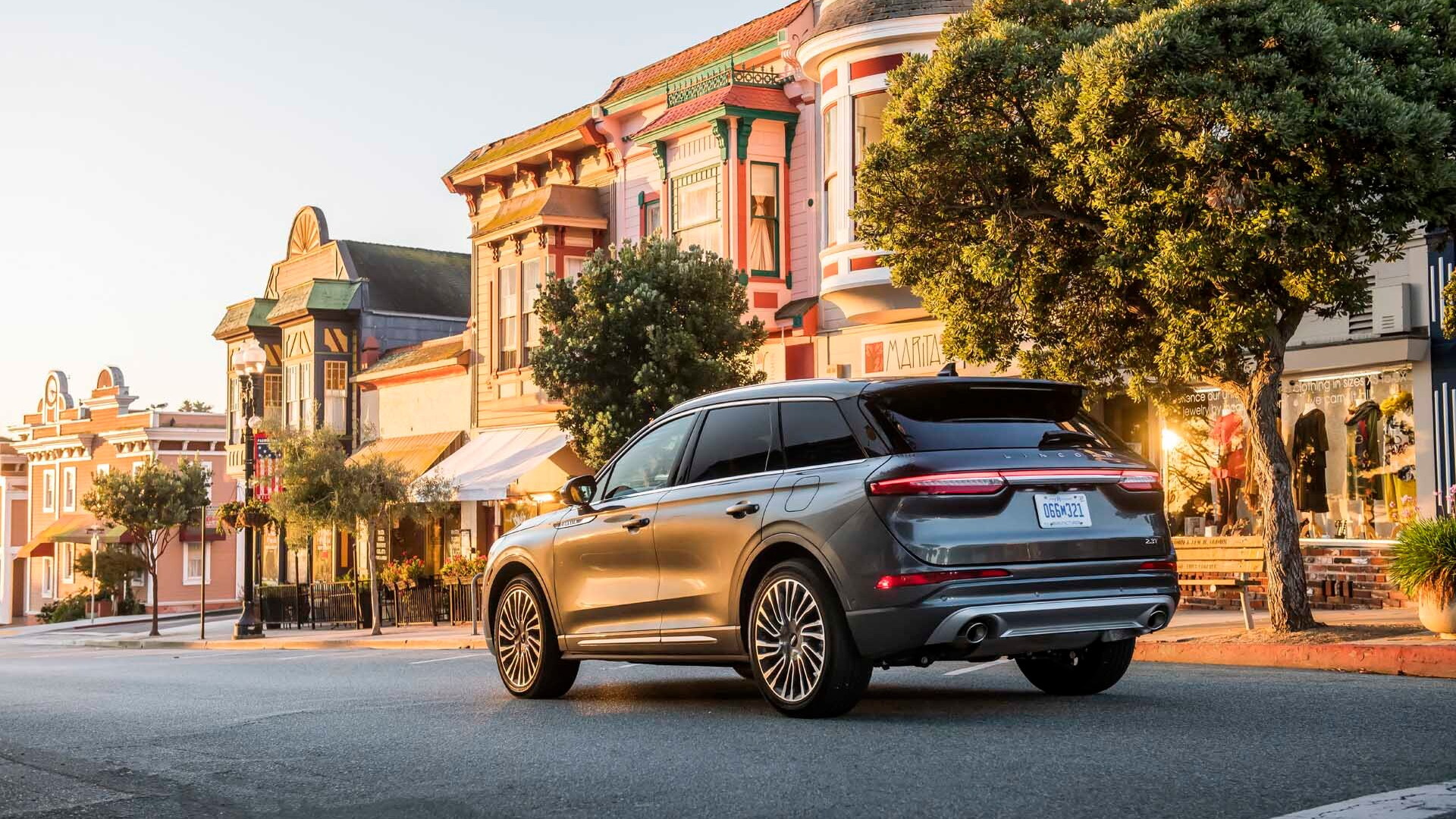 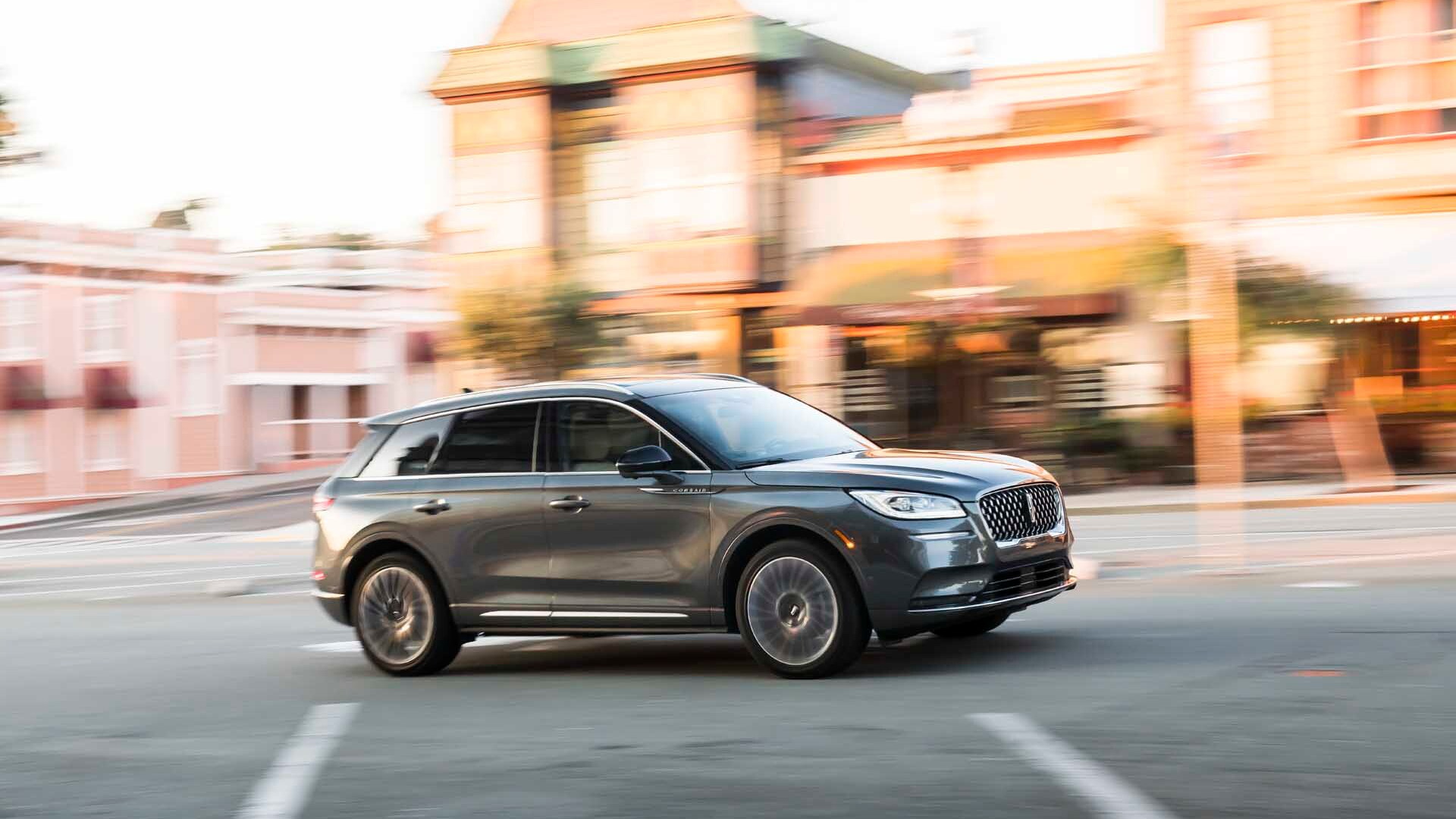 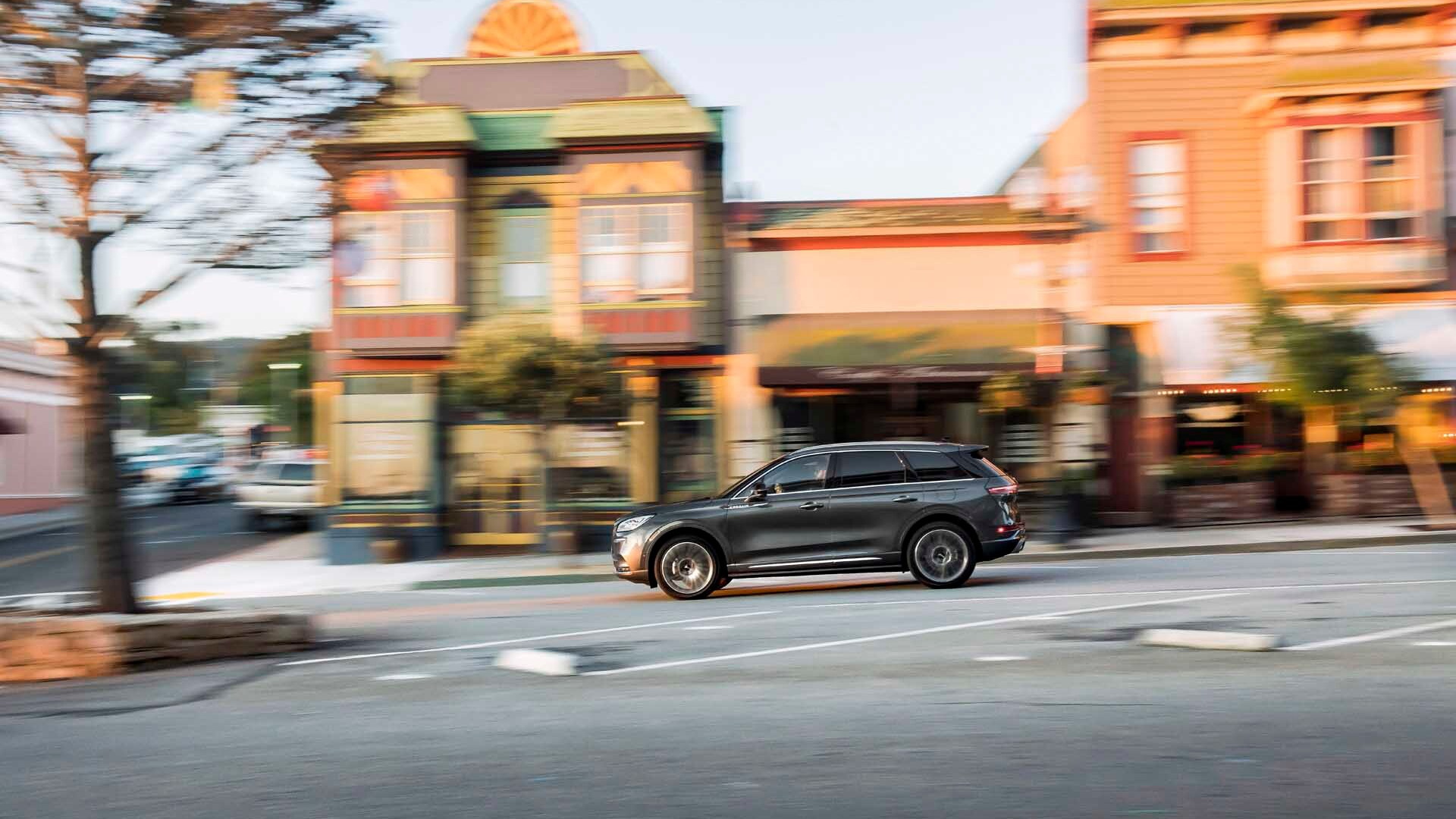 Despite front seats that can adjust in up to 24 different ways, the 2020 Lincoln Corsair stands out among luxury compact crossovers because it prefers to do upscale just one way.

In the automaker boardroom of my mind, a graph with price on one axis and complexity on the other axis sits in the corner with an unbending 45-degree line that stretches toward the troposphere.

“They’re paying a bunch of money,” execs say in my imagination. “Everything should be hard!”

With the 2020 Corsair, Lincoln asks: What if those execs are wrong?

The 2020 Lincoln Corsair breathes fresh life into a luxury compact crossover field that sometimes has me waving my arms in the air for the wrong reasons—and I don’t mean winding up the volume in a gesture-controlled fury.

The Corsair is quiet and calm and it goes about the business of being a luxury crossover in a way that luxury automakers left behind with more menus and options than a control desk at NORAD.

In one sense, it’s “old-man luxury”—a term that Lincoln execs bristle at, despite being true. In the other sense, it’s calming and quiet.

Moving the Corsair down the road at a relaxed pace is the point; with either available turbo-4 engine, there’s no forced growl or piped-in induction frippery. The noises that matter in the Corsair are recorded by the Detroit Symphony Orchestra: door chimes and pleasant orchestral reminders to put my seatbelt on.

Lincoln’s version of luxury is effortless, even if I’m becoming an old man.

Powered by either a 250-horsepower 2.0-liter turbo-4 or 295-hp 2.3-liter turbo-4, the 2020 Corsair’s best moves are made at a relaxed pace. Both engines compel the crossover up to 60 mph in less than eight seconds but live their best lives spinning slower than 4,000 rpm.

Like other turbocharged engines, the two turbo-4s both surge with power at speeds slower than 40 mph, and only the 2.3-liter keeps pressing harder past 60 mph.

That’s by design. The Corsair’s bones are borrowed from the very approachable, very affordable Escape, which was also redesigned for 2020 to be more car-like and friendly.

Speed isn’t the Corsair’s first mission and it shows. The standard 8-speed automatic is in third gear before the other side of the intersection and in most drive modes it hustles up to its two final gears for efficiency and to keep the engines tasked with hauling more than 3,700 pounds of curb weight off the boil. In higher revs, both engines buzz like a wrong bid on “The Price is Right”—you’ve overextended yourself there, partner.

Slow down and the 2020 Corsair’s drive is straight meditative. The light steering is fingertip-easy at slow speeds. The low hum from the available 20-inch tires never rises above normal-conversation levels. The optional adaptive dampers cosset in ways that belie the low-profile rubber wrapped around the tires. It’s quiet enough for a man over 80 years old to have a normal conversation for five hours—not easy for anyone who can remember riding in a car with their grandparents.

Yet, the Corsair skips the 1970s land yachts with similar sarcophagus levels of sound-deadening in a few key ways.

Despite its outward simplicity, the Corsair is deep and thoughtful, dripping with available tech and amenities such as in-seat massagers, “phone as a key” smartphone software, and small details. Not much about the 1979 Chrysler New Yorker was thoughtful, except perhaps the 8-track player.

Above the soothing chimes in the Lincoln, the Corsair’s pushbutton gear selector located in the center console above the climate controls is tactile and response-positive. It doesn’t feel chintzy or overly hard, the gears click with satisfying ticks in ways capacitive touchscreens haven’t yet mastered. (Unlike the drive selector knob near the armrest that spins a little too easily.)

Same goes for the hard-button climate controls that are easily operable and recognizable. The controls are set into a bezeled center stack that may one day give way to a touchscreen like many luxury competitors. For now, it’s toggle switches, knobs, and buttons that are easy on the eyes and far from complicated.

An 8.0-inch touchscreen perched on top of the dash and a 12.3-inch digital instrument cluster are capitulations of the day; it’s likely hard to sell a crossover without “Big touchscreen” blotted on the “Luxury Bingo” sheet

Other spaces on Lincoln’s bingo card: driver assistance that can help keep the Corsair centered in its lane and follow the car ahead, panoramic moonroof, a head-up display, and multiple drive modes. Most, if not all, can be skipped at point of purchase or skipped over while driving—the 2020 Corsair even dims the driver-assistance features on the steering wheel if they can’t be activated, an acknowledgment that they’re just not vital to the task of driving.

With the Corsair, Lincoln’s long-running crossover cross-up comes full circle along with the Aviator, Navigator, and Nautilus. Despite shared architecture with the Escape, the Corsair wraps a slim-fitting suit around Ford’s frame.

A tight body line runs the length of the profile and gives a visual reference for the hood line that arches gently toward the tailgate. The blacked-roof pillars and chrome do that roofline one better: they float the roof above the body and frame a window line that reaches toward the rear.

Lincoln’s grille grafts a better look on the Corsair than we imagined, too. The honeycomb muzzle on the Corsair’s snout isn’t as abrupt as we expected—only the top Reserve package’s stippled chrome looks out of place—and a thick front bumper frames the daytime running lights and lower bumper well.

Inside, the Corsair is similarly elegant and understated with most crossovers using ambient LED lights to bathe the interior that is lashed with chrome, wood, and in most cases, leather. Lincoln’s used mostly high-quality materials in places that are frequently touched, including the horizontally themed dash.

It’s not without some faults: the voice recognition button is perched at an awkward place on the steering wheel that the heel of our left thumb often found, and the climate control console makes a storage dead-space underneath it that isn’t easily accessible.

Everything looks the part of luxury in the Corsair—including the price. Although the crossover starts at close to $37,000 in base trims, the top versions cross $60,000 and that’s the province of heavy-hitters from Mercedes-Benz and BMW.

Whether Lincoln buyers will ever be forced to foist over more than 60 large for a Corsair is an academic exercise. At that price on paper, the Corsair tempts good versions of the GLC-Class and X3 and Q5—even with uprated engines—that are admittedly more fun to drive.

But the 2020 Corsair goes about its business without regard for those high-po small crossovers. Lincoln’s newfound talent for fuss-free luxury is refreshing in its simplicity.

Lincoln paid for travel and lodging so that we could bring you this report.