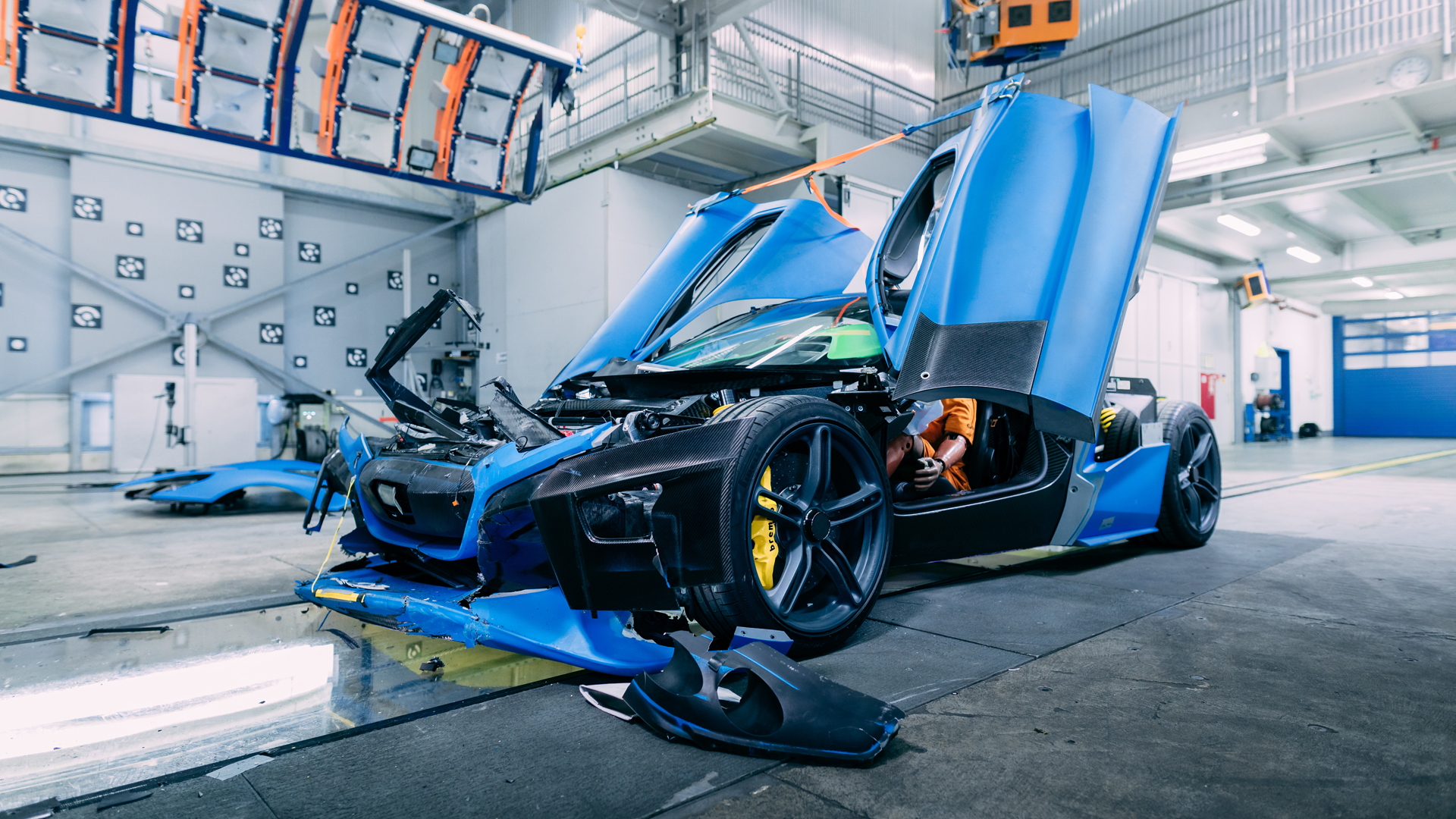 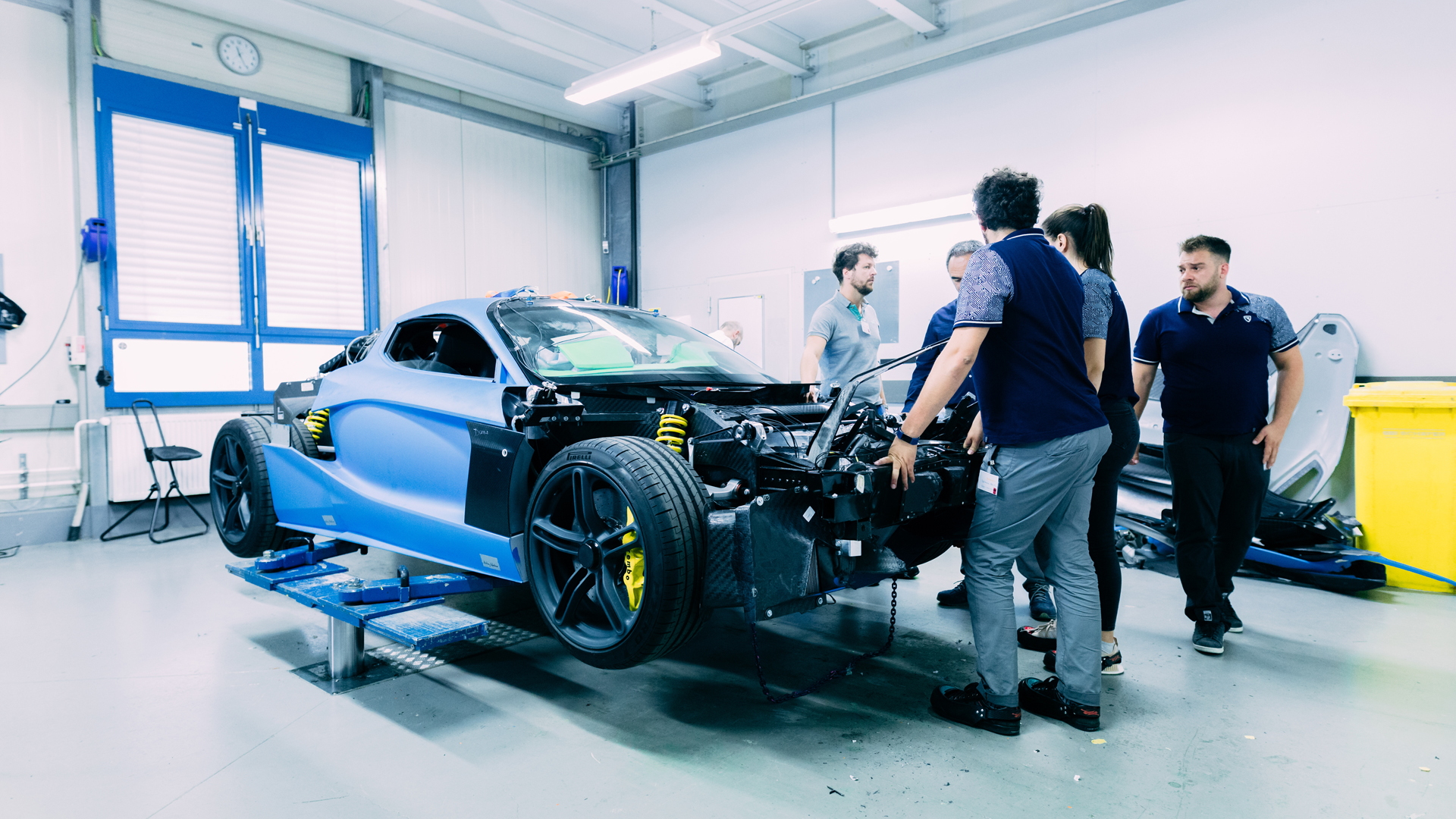 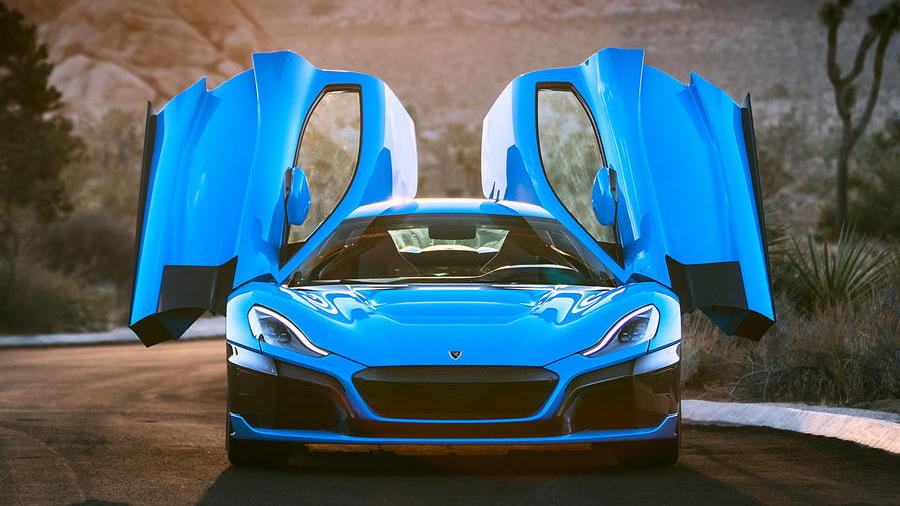 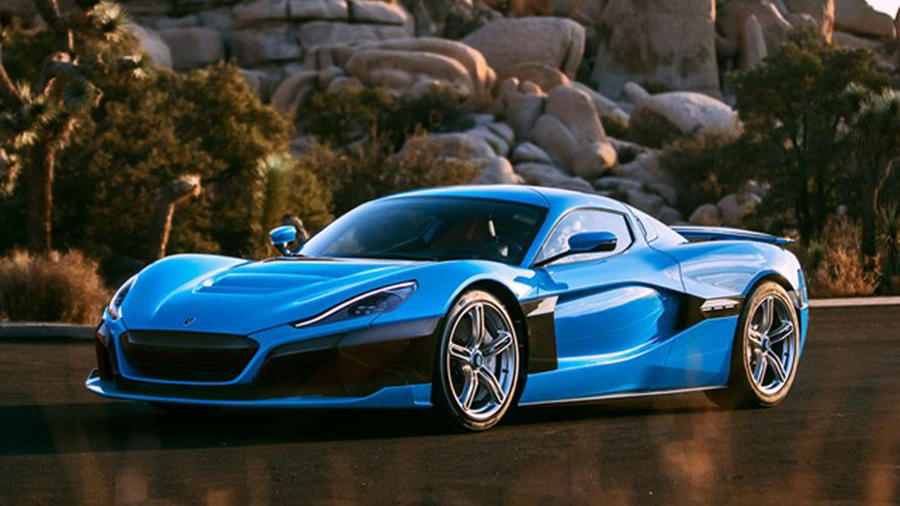 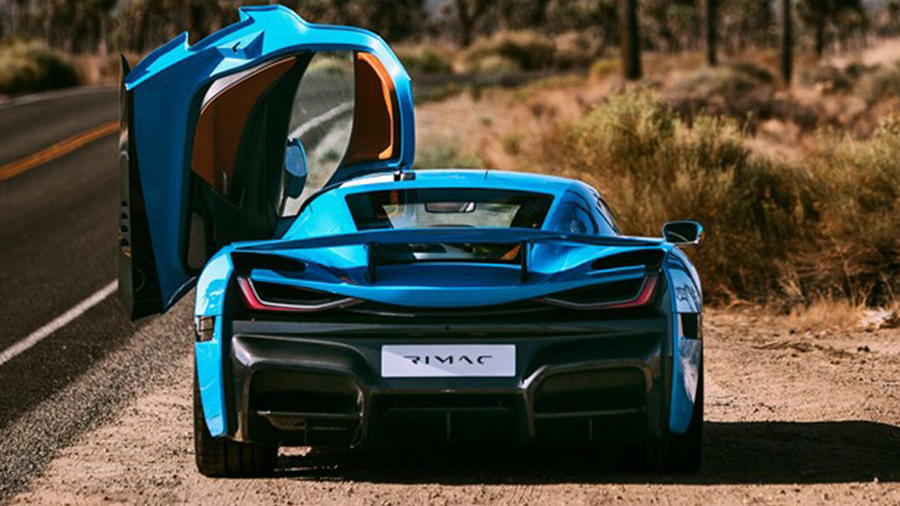 How many times must one wreck an all-electric hypercar to find out whether it's roadworthy? If your name is Richard Hammond, your answer might be "one." If you're Rimac, that number is a lot higher.

Rimac previously teased us with footage of its soul-wrecking crash-testing procedures. Since, the EV builder and supplier has been hard at work crushing your dreams⁠—and its C_Two hypercar⁠—in the name of production-readiness. This time around, Rimac is circulating a 5-minute video featuring employees giving an overview of the C_Two's crash-testing program.

"Some car fans may find this content disturbing," the video's disclaimer states.

That's a bit melodramatic, but like any crash-test video, it does include its fair share of automotive gore. It's nothing compared to the carnage that ensued when Hammond ran the company's Concept_One off the road during a Swiss hill-climb event, but it's certainly not pretty.

To make the Concept_Two safe for the customer and road-legal worldwide, Rimac starts with numerous simulated tests. The goal is for those simulated tests to compare to what happens in the real world.

Next, the company starts its crash tests, first at the component level, then with full systems, and finally the full vehicle. Once it gets to the full vehicle, it cycles through experimental prototypes, then prototypes, then pre-production vehicles. In the case of the C_Two, the monocoque was so strong that Rimac was able to use the same one five times during high-speed crash tests of the experimental prototype, then use it again for a roof-crush test.

If anything goes wrong during any of the tests, parts need to be redesigned to yield acceptable crash results.

The Rimac C_Two is intended to be a "high-volume" model for the company. Considering that only 10 examples of the Concept_One were built, just about anything is comparably high-volume, but to Rimac's credit, the C_Two's run of 150 units is a significantly more robust production schedule. Demand is clearly there as the $2 million C_Two was already nearly sold out more than a year ago.

It has the specs to elevate it into hypercar territory. It boasts 1,914 horsepower and 1,696 pound-feet of torque, and Rimac says it'll do 0-60 mph in less than 2 seconds on its way to a 258-mph top speed. Its 120-kwh battery pack will give it nearly 400 miles of range and it can be charged to 80 percent of capacity in just 30 minutes thanks to a high-voltage charging system.

This crash-testing regimen gives us confidence that the C_Two will go into production next year, as promised.