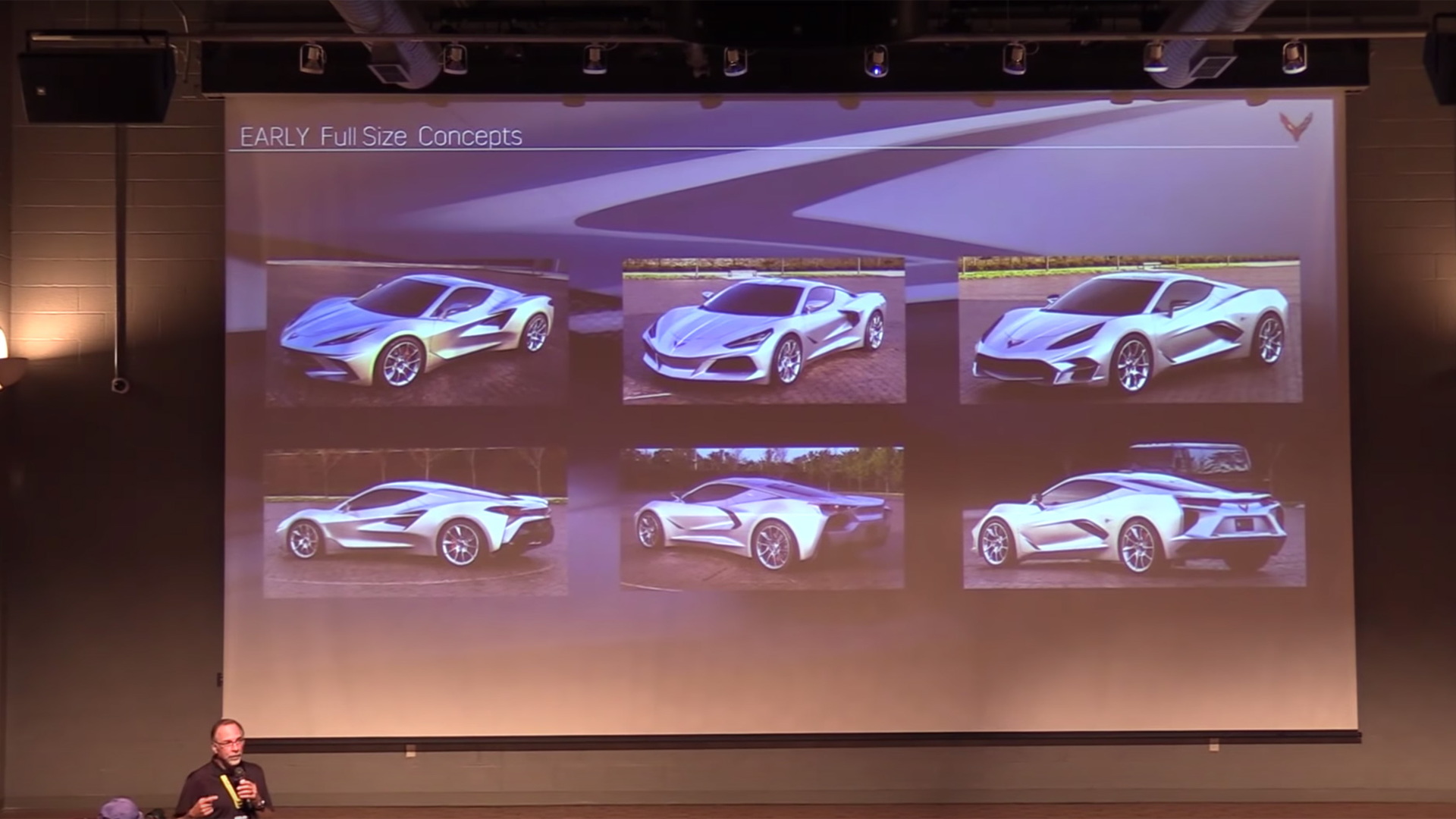 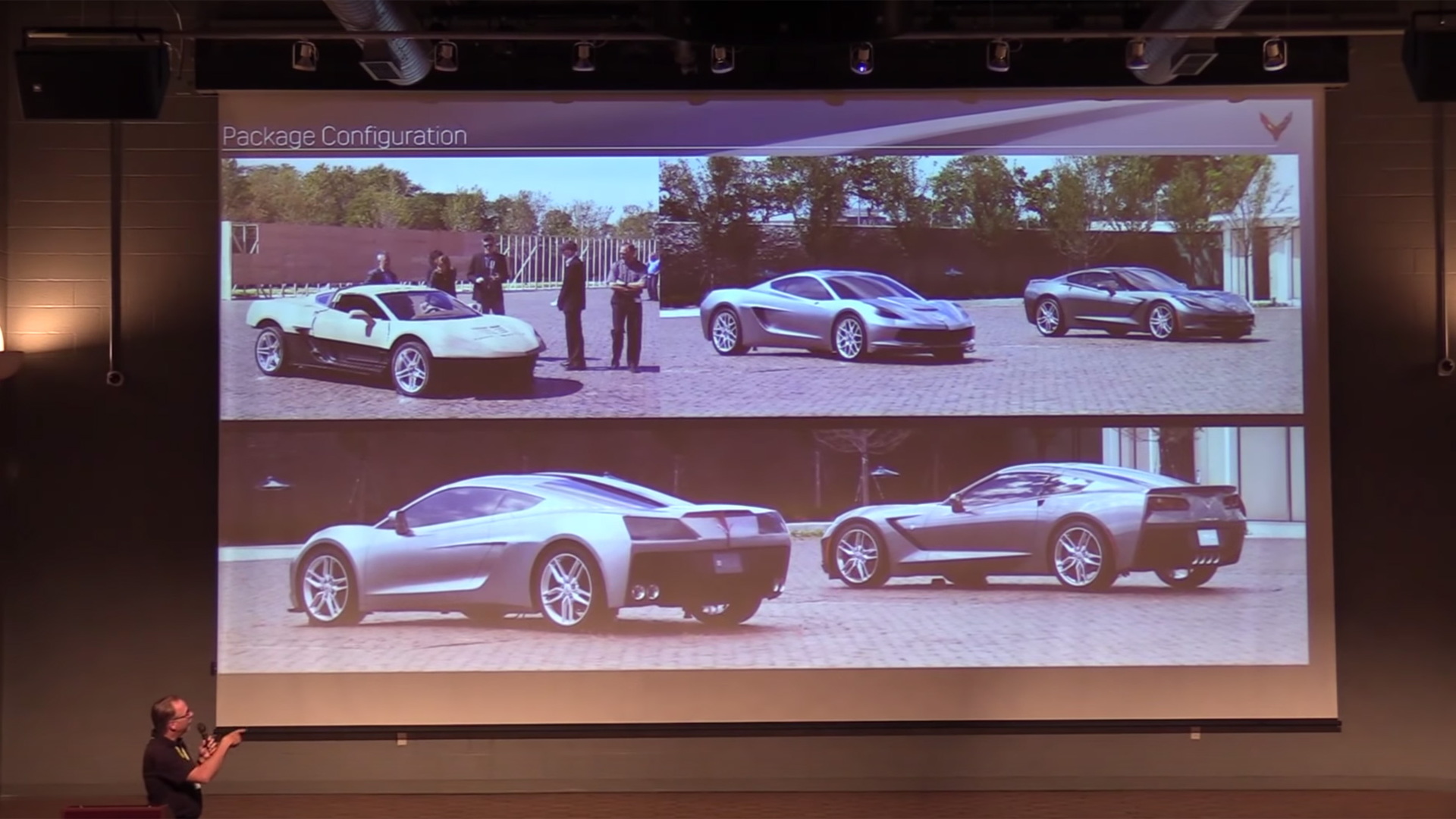 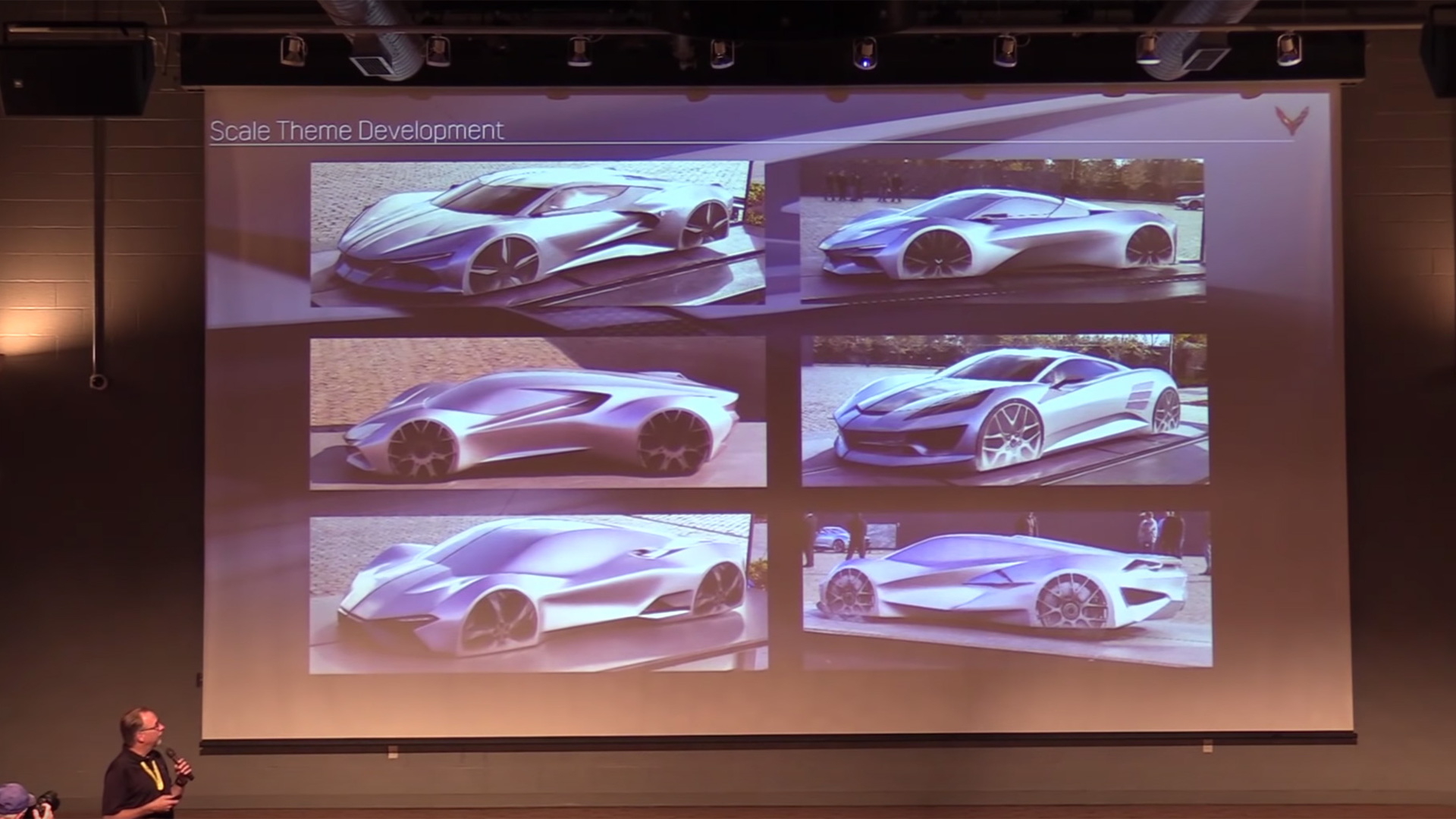 Every year the National Corvette Museum in Bowling Green, Kentucky throws a party to celebrate all things Corvette. The event usually consists of enthusiasts and some appearances by General Motors executives, but not much news is made there. But this year’s annual get-together marked the NCM’s 25th anniversary, and GM decided to celebrate with an unprecedented behind-the-scenes look at the development of the mid-engine 2020 C8 Corvette.

That included a presentation by Kirk Bennion, head of exterior design for Corvette. In his slide show Bennion revealed that Chevrolet already had a full-size clay model of the mid-engine Corvette mocked up when the company was preparing to launch the last-generation C7 Corvette. Yup, that’s right—Chevy knew the Corvette was going mid-engine in 2013, six full years before the car would be unveiled in production form.

Bennion’s presentation went on to show six of the roughly 12 scale models that Chevy created to hone the C8’s exterior appearance. Those dozen or so models eventually were whittled down and made into three full-size clay models. Elements of those mock-ups eventually went on to create the C8 Corvette that was unveiled in July.

The video is an interesting look behind the curtain at the C8’s development, but it’s not the first we’ve heard of some of the mid-engine Corvette’s early design concepts. In August, former Chevrolet Performance Exterior Design Director Tom Peters revealed that a split-window design was considered for the C8 in a nod to the iconic 1963 Corvette. However, that idea was eventually binned, although hints of a split window design actually ended up in the final styling of the 2020 Corvette.