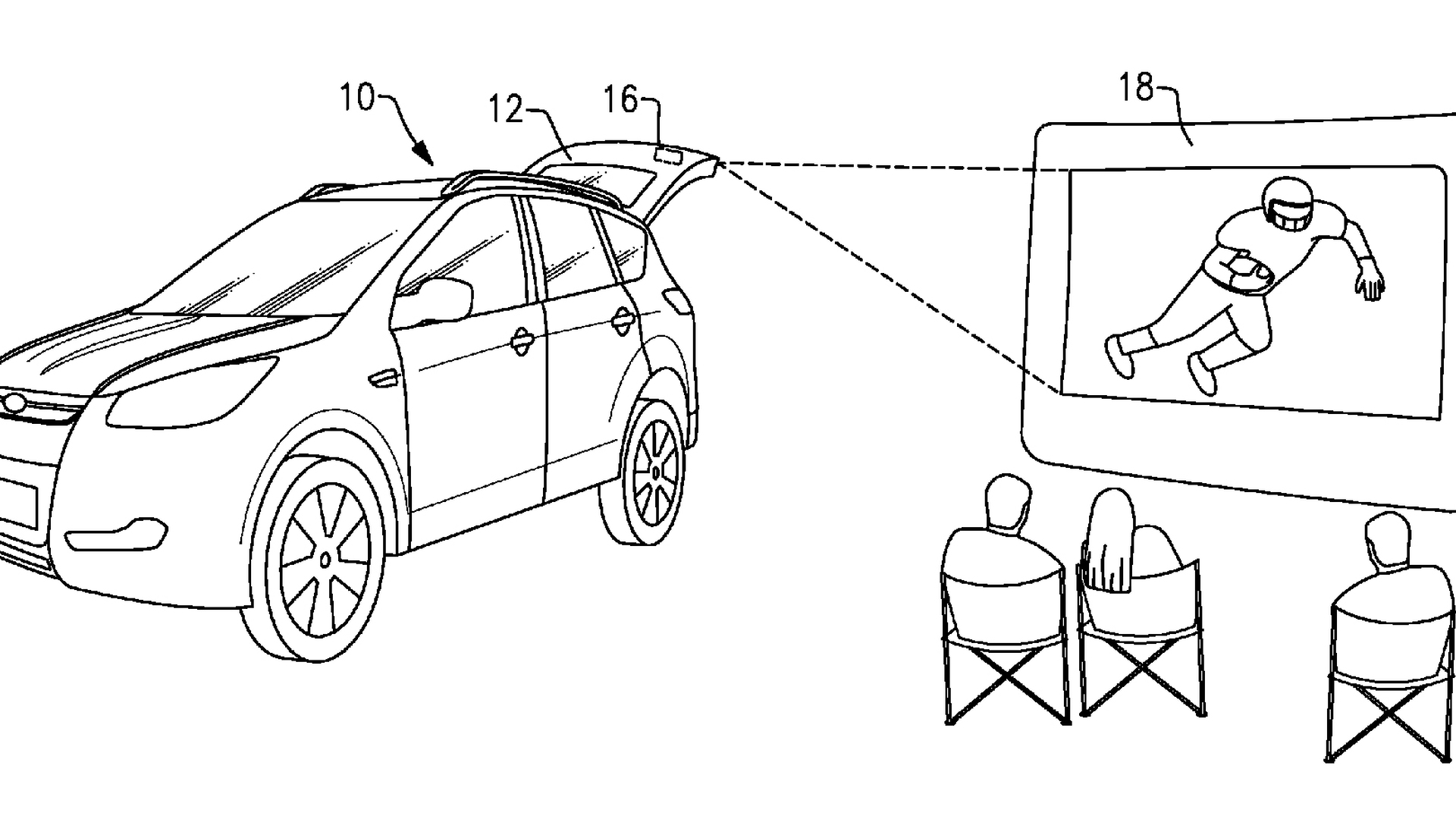 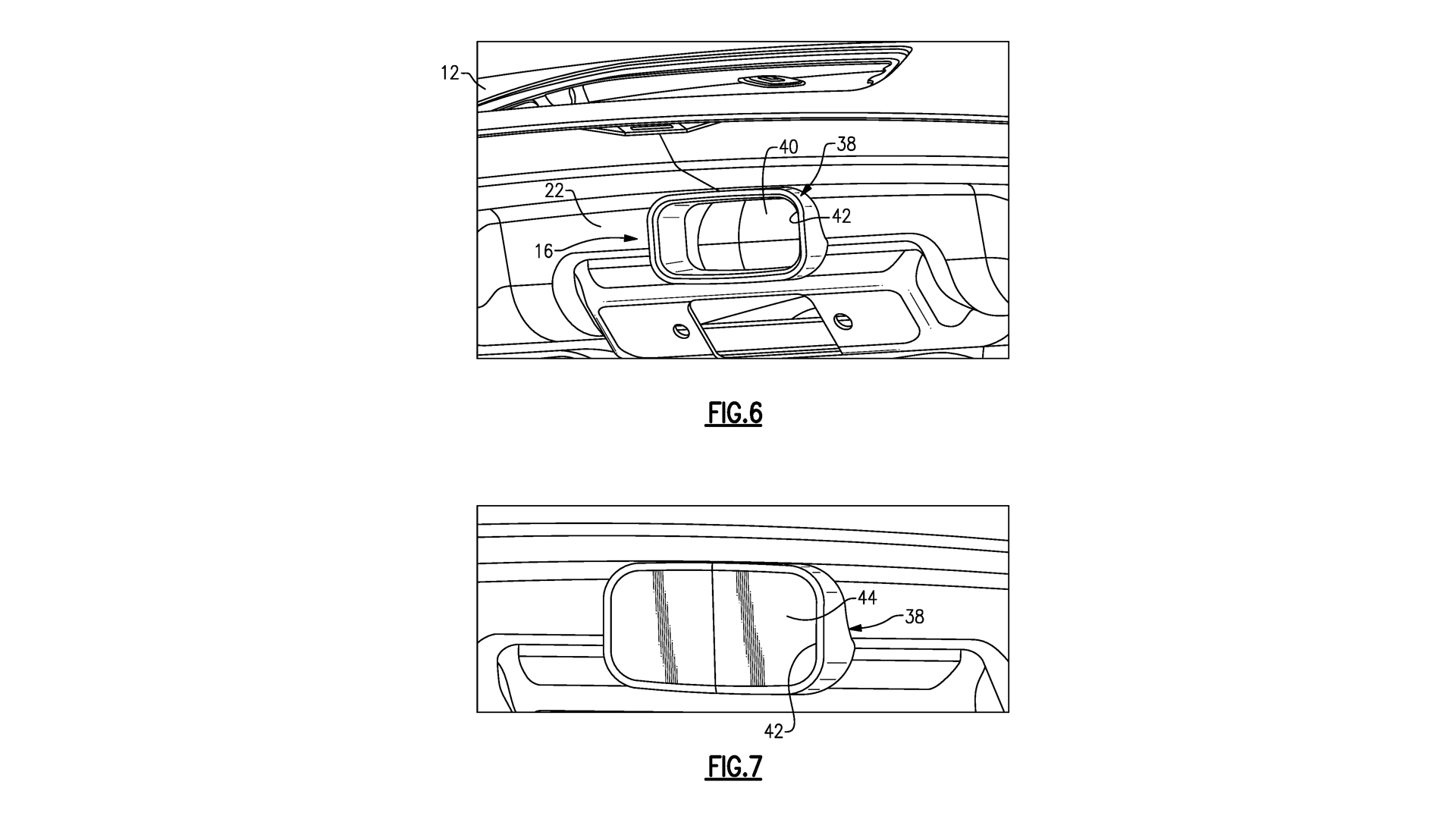 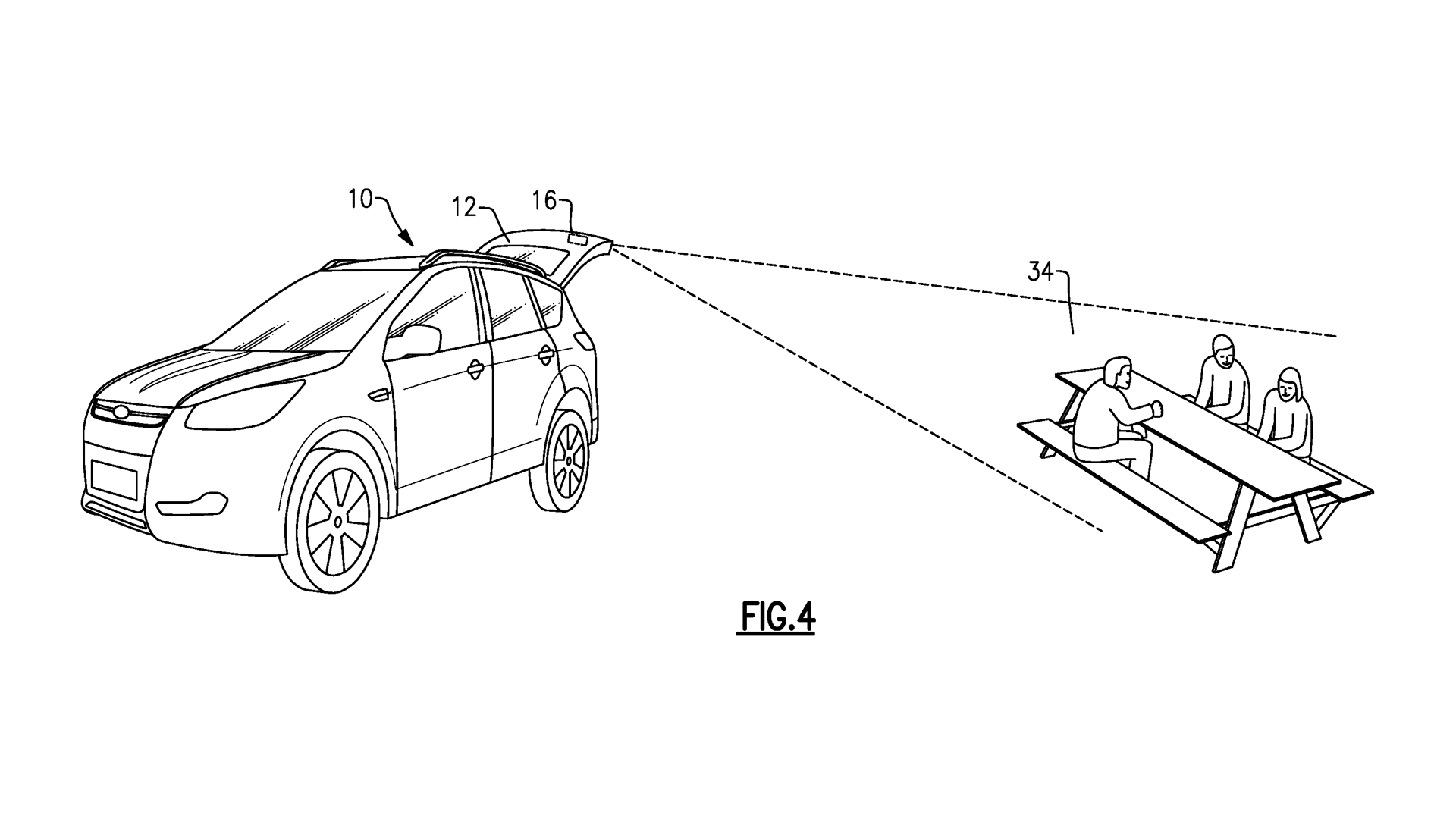 Just in time for tailgating season, the folks in charge of accessory design over at Ford have given us yet another treat: a liftgate-mounted video projector.

The patent filing describes a device "configured to project video in a direction away from the vehicle when the liftgate is in the open position," which is fairly self-explanatory, especially in the context of the accompanying drawings. Ford's filing also refers to a "secondary mode," which appears to be a simple exterior light projection mode, as another illustration included with the filing depicts several people sitting around a picnic table that is being illuminated by the liftgate projector.

Many in-car entertainment systems have traditional video inputs, but as we see those phased out in favor of personal device entertainment, we suspect Ford would also include the capability for streaming video similar to what a smart TV or connected home entertainment device can do. This would expand the projector's compatibility from video game systems and DVD players to smartphones, tablets and other streaming-capable devices.

This isn't the first time Ford has filed a patent for a video display system for one of its vehicles, as The Drive pointed out, but while the F-150 patent depicts what is essentially a mobile theater in the bed of a truck, this crossover-based gadget would rely on some sort of exterior surface on which the image from the built-in projector could be displayed.