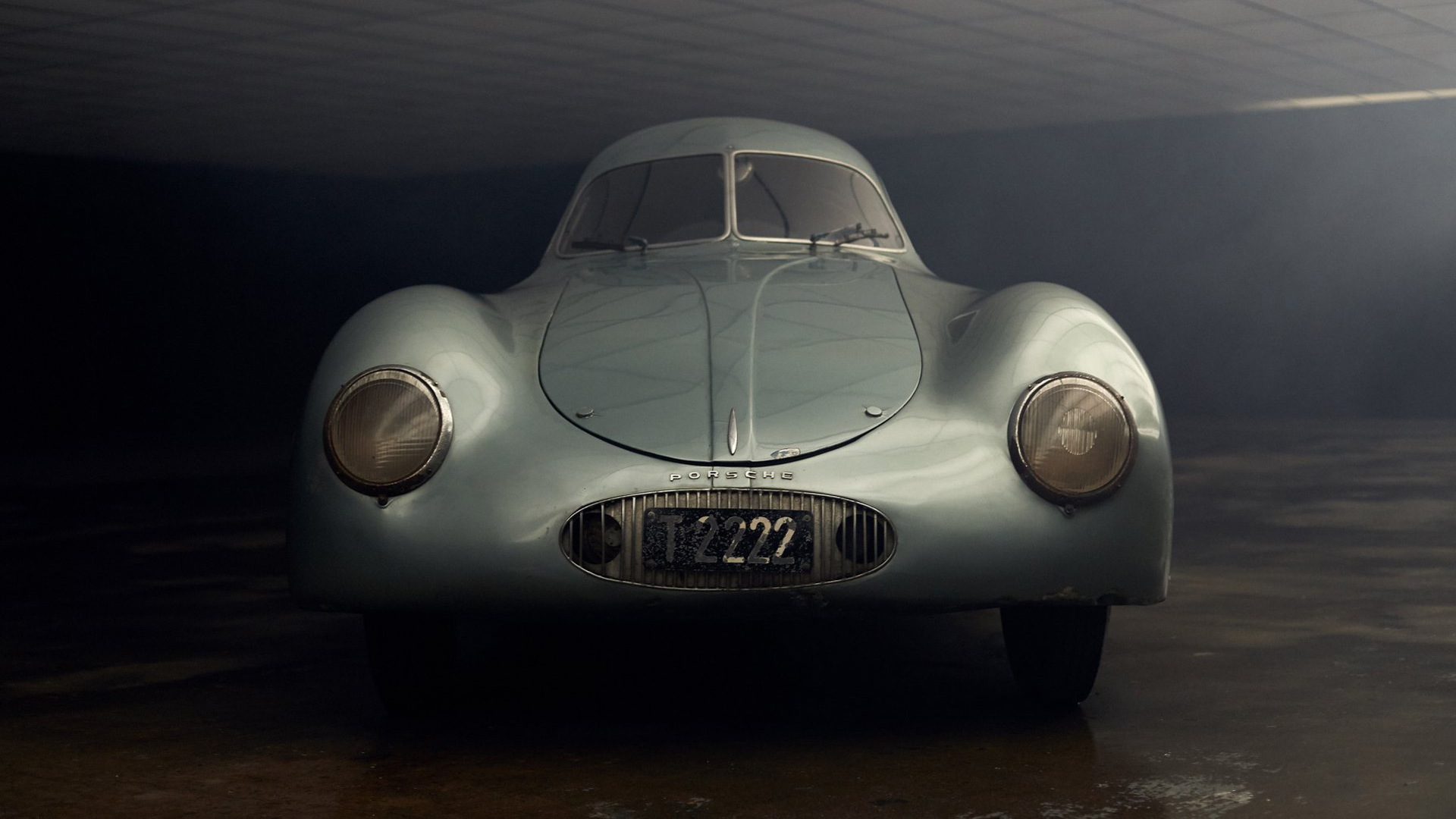 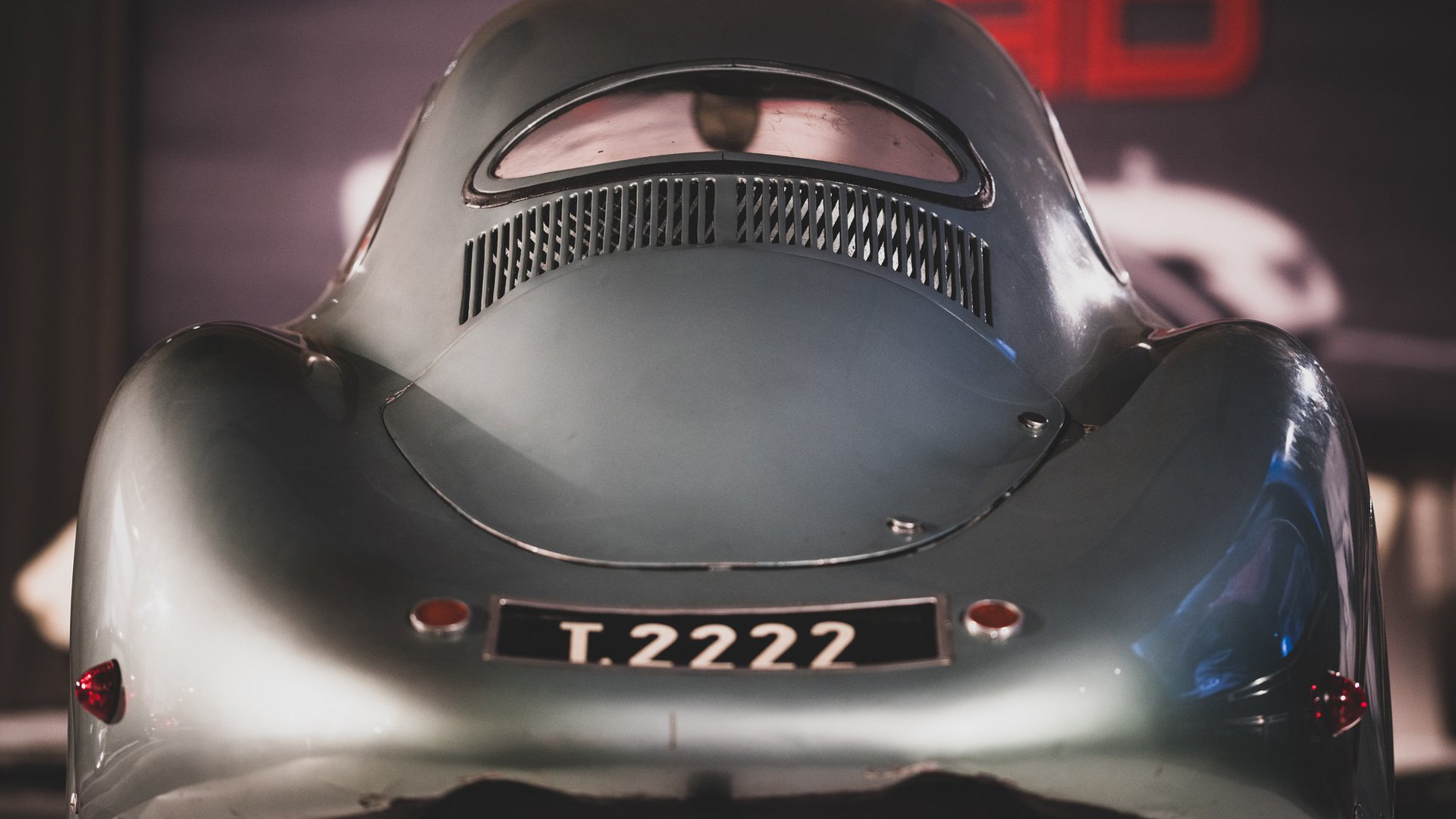 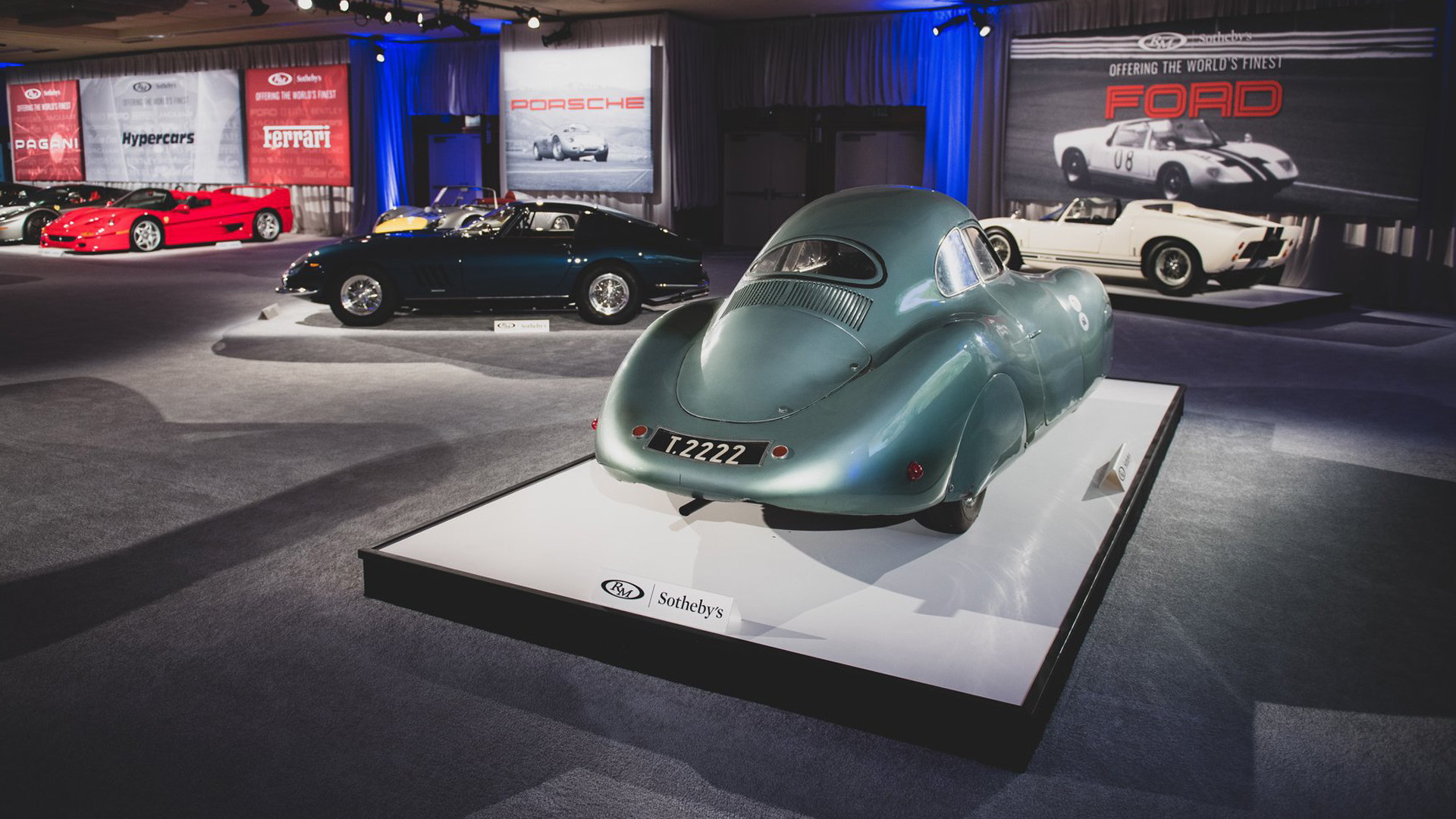 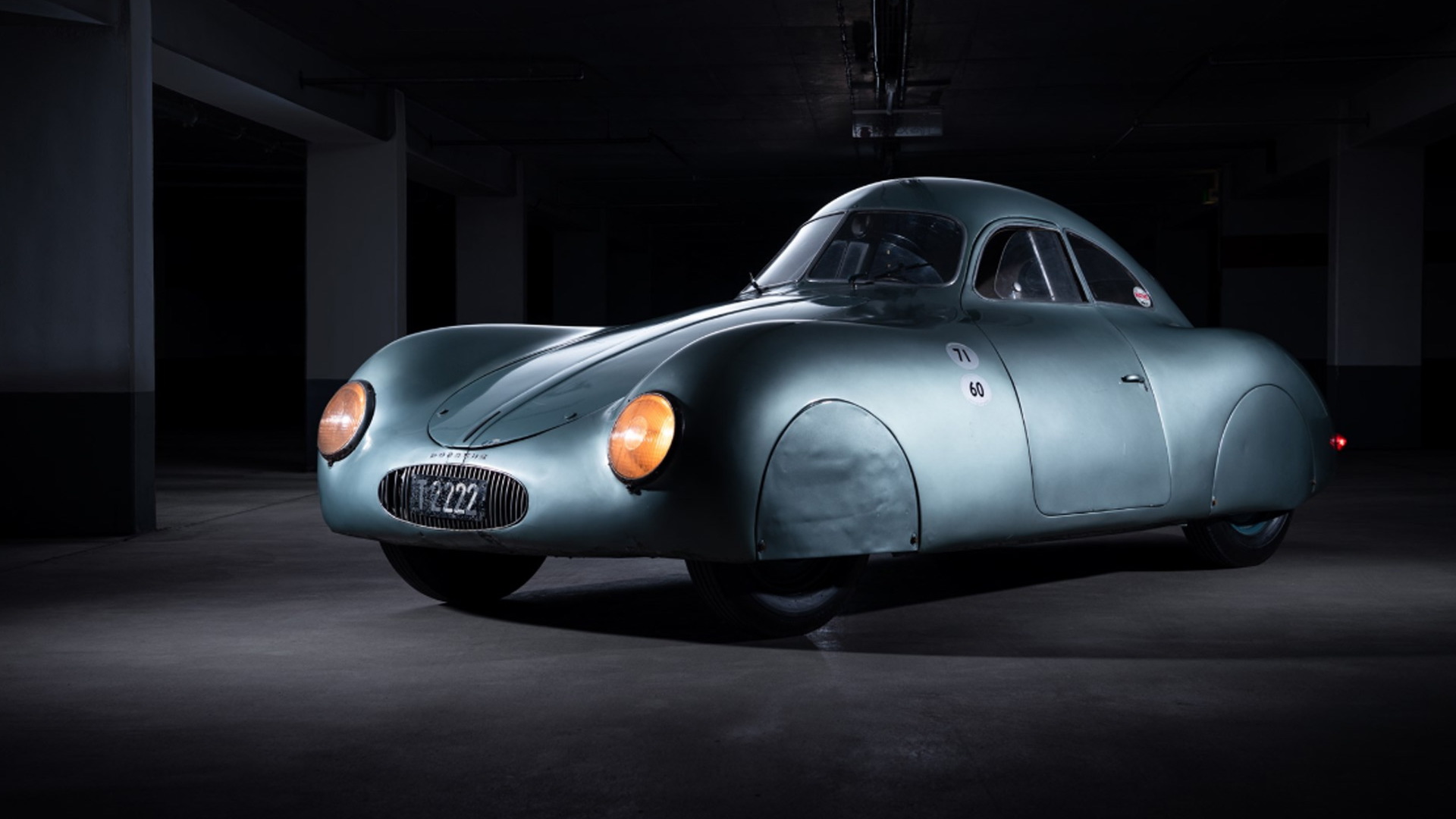 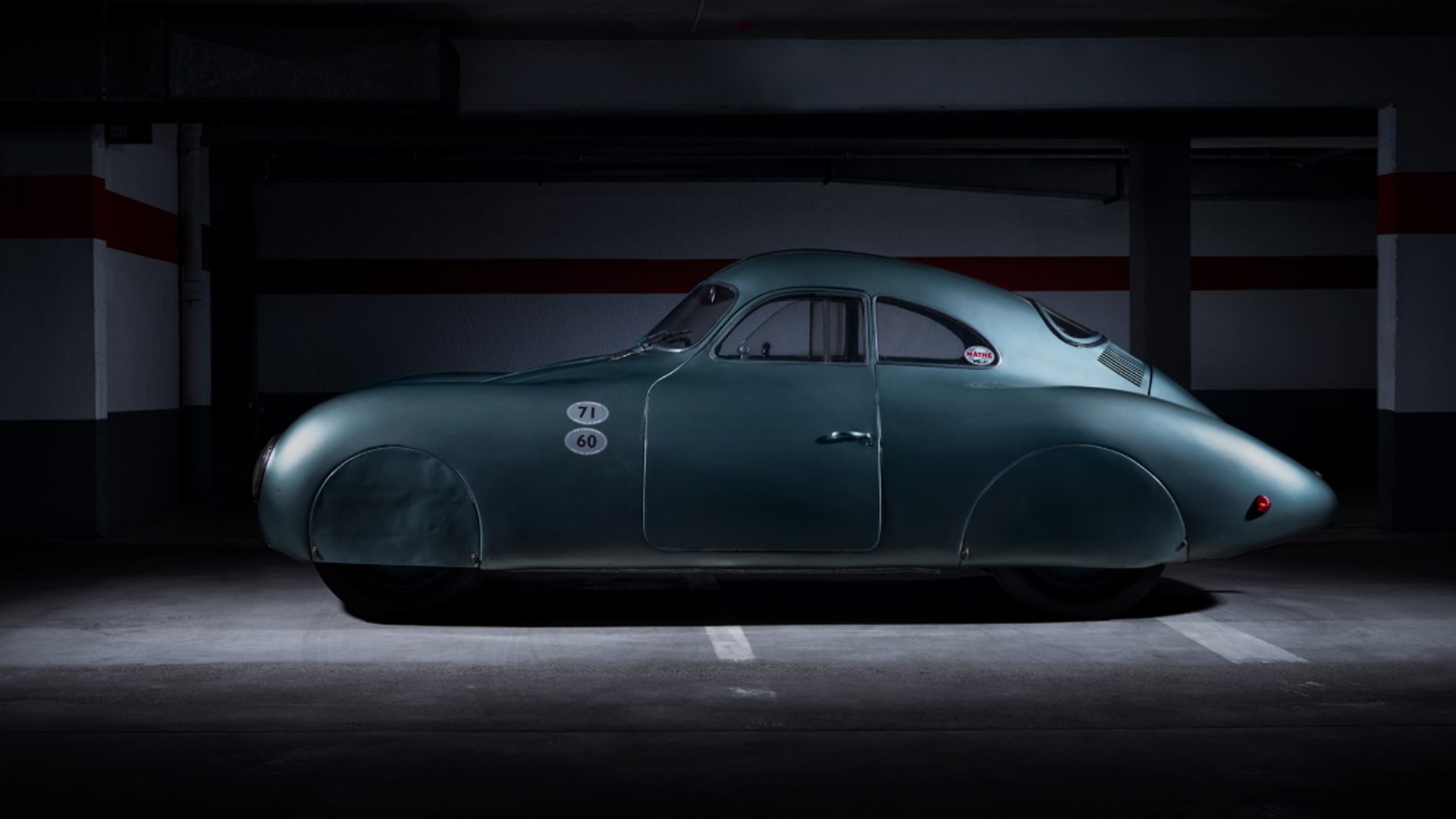 It was anticipated to be one for the record books, but in the end the auction of the 1939 Porsche Type 64 at RM Sotheby's Monterey Car Week sale event will go down in history for another, less flattering reason.

The car was conservatively estimated to sell for $20 million but shortly after the start of bidding on Saturday night, the auction was called off due to confusion surrounding the price called out by auctioneer Maarten ten Holder and what was shown on a digital screen.

When ten Holder, a Dutch national, started the bidding at $13 million, the screen showed $30 million. He then called $14 million but the screen showed $40 million. By the time he called $17 million he stopped the sale and said the $70 million shown on the screen was incorrect. The screen figure was dropped to $17 million but the audience had had enough, with many walking out. The whole kerfuffle was captured on video by YouTube user Nick George.

“As bidding opened on the Type 64, increments were incorrectly displayed on the screen, causing unfortunate confusion in the room,” RM Sotheby's said in a statement. “This was the result of a totally inadvertent and unintentional mistake.”

A spokeswoman for the auction house told Bloomberg in an interview published Sunday that despite the interest from a number of collectors, a final sale price couldn't be agreed upon on the night so the car remains unsold.

It isn't clear if the owner of the Type 64 will put the car up for sale at a future auction, though there's still a for sale ad on RM Sotheby's website meaning any interested buyers can still make an offer.

Considered to be the first Porsche, although it was built before Porsche as a sports car manufacturer even existed, the Type 64 is the car that started the legend. All the signature Porsche elements are there. A boxer engine in the rear, vertically mounted round headlights, and a streamlined shape. However, Ferry Porsche didn't apply his family's name to the nose of the car until after he started production of the 356, officially Porsche's first model.

For more of our Monterey Car Week coverage, head to our dedicated hub.