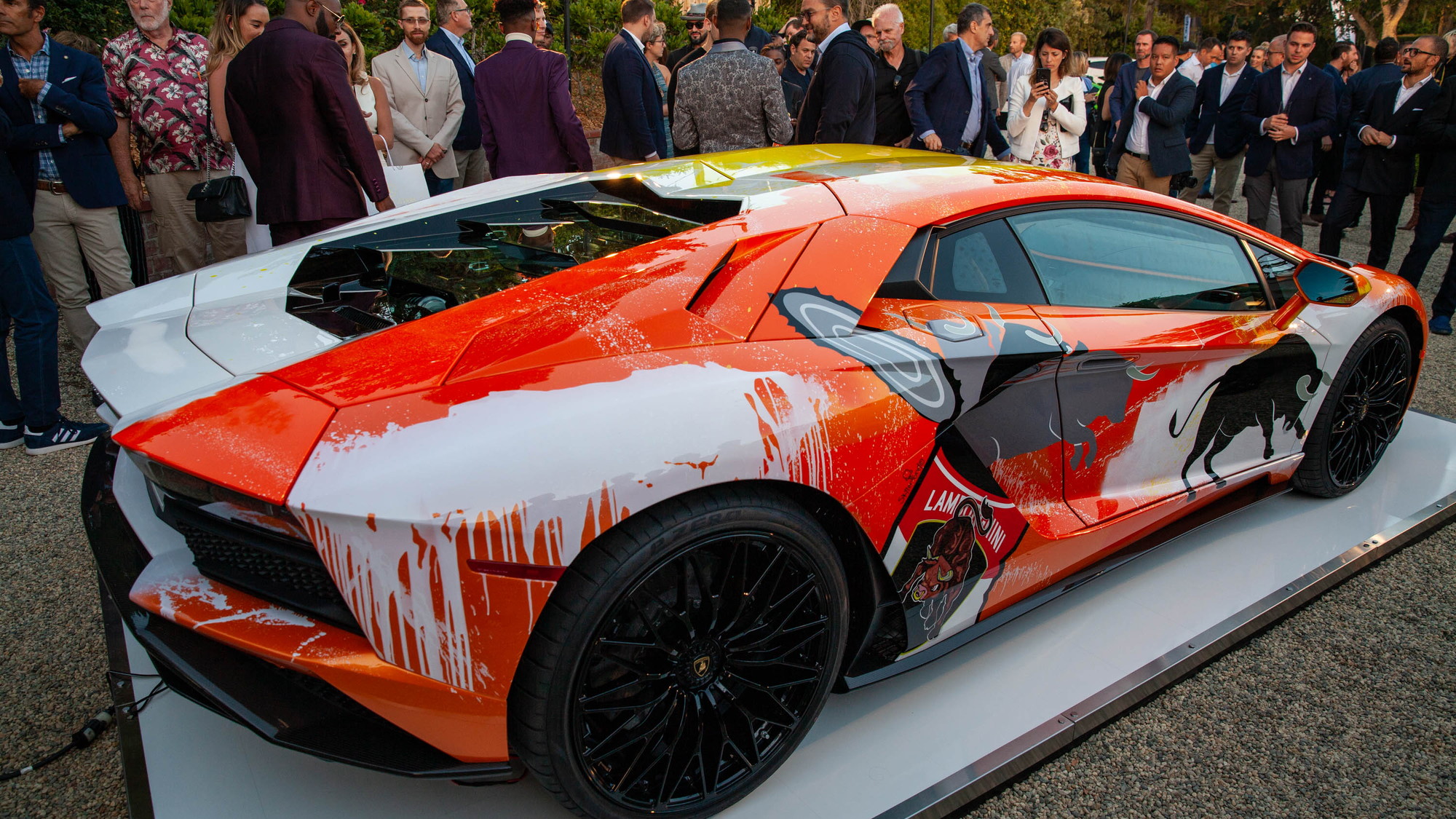 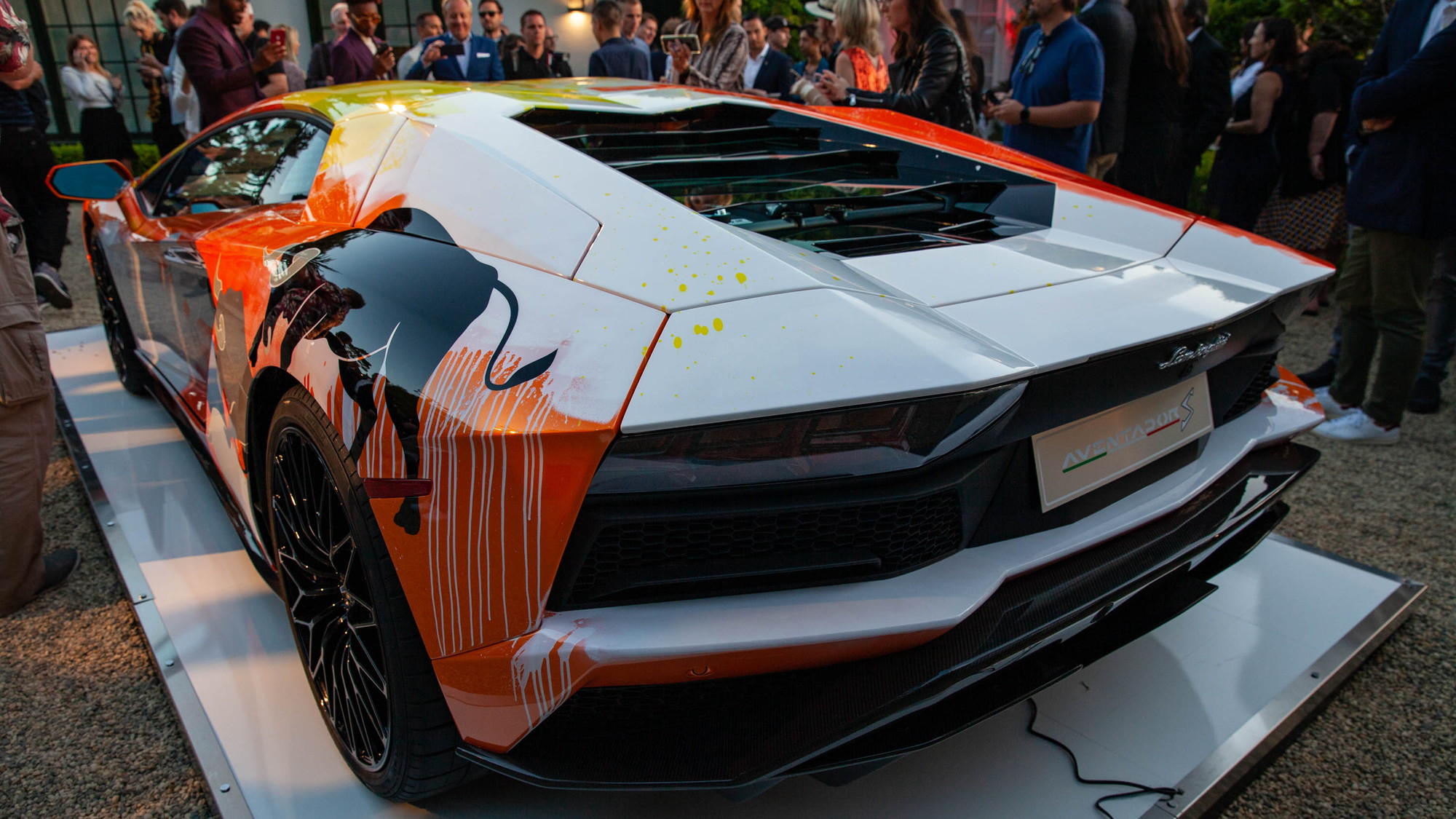 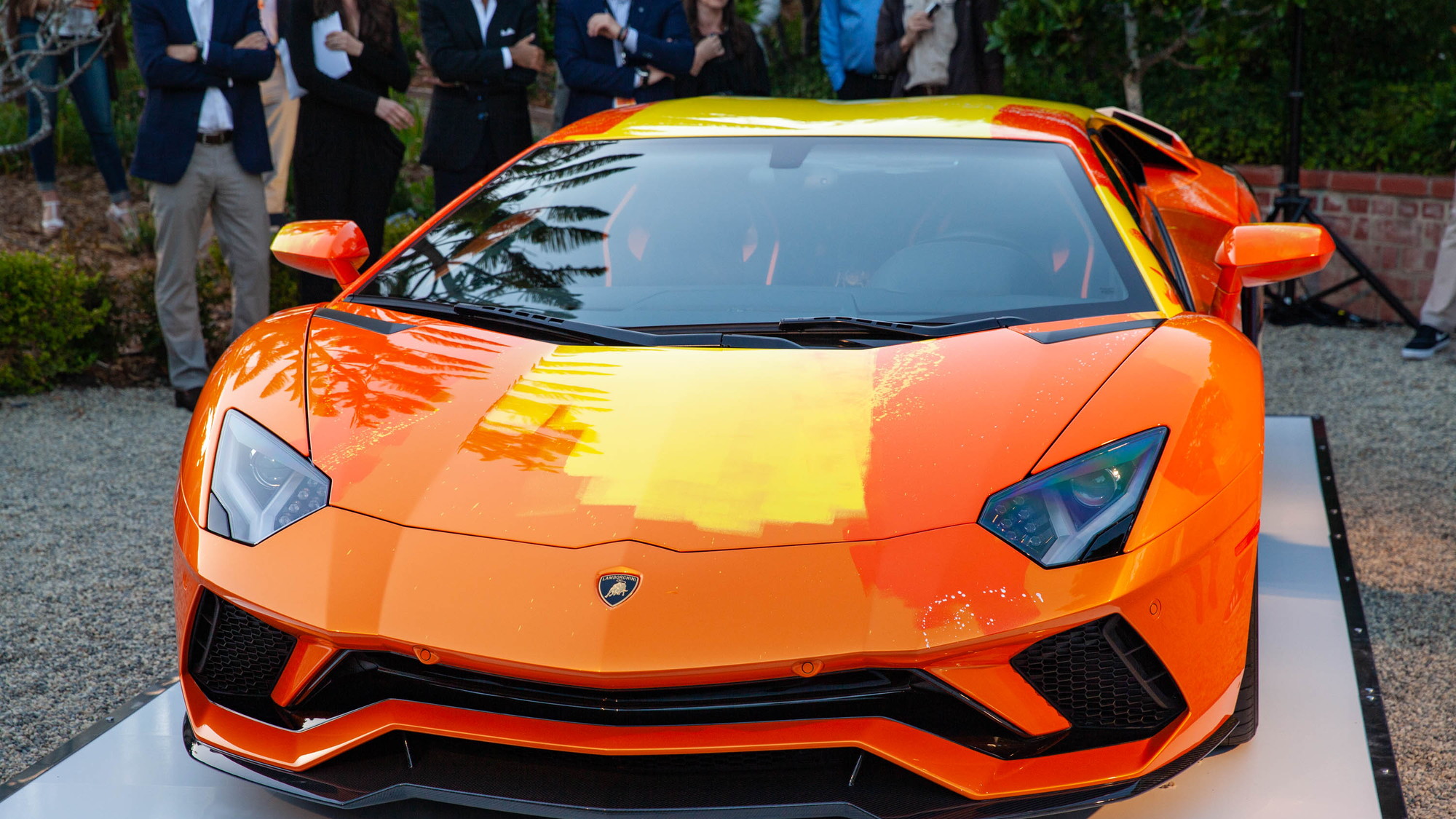 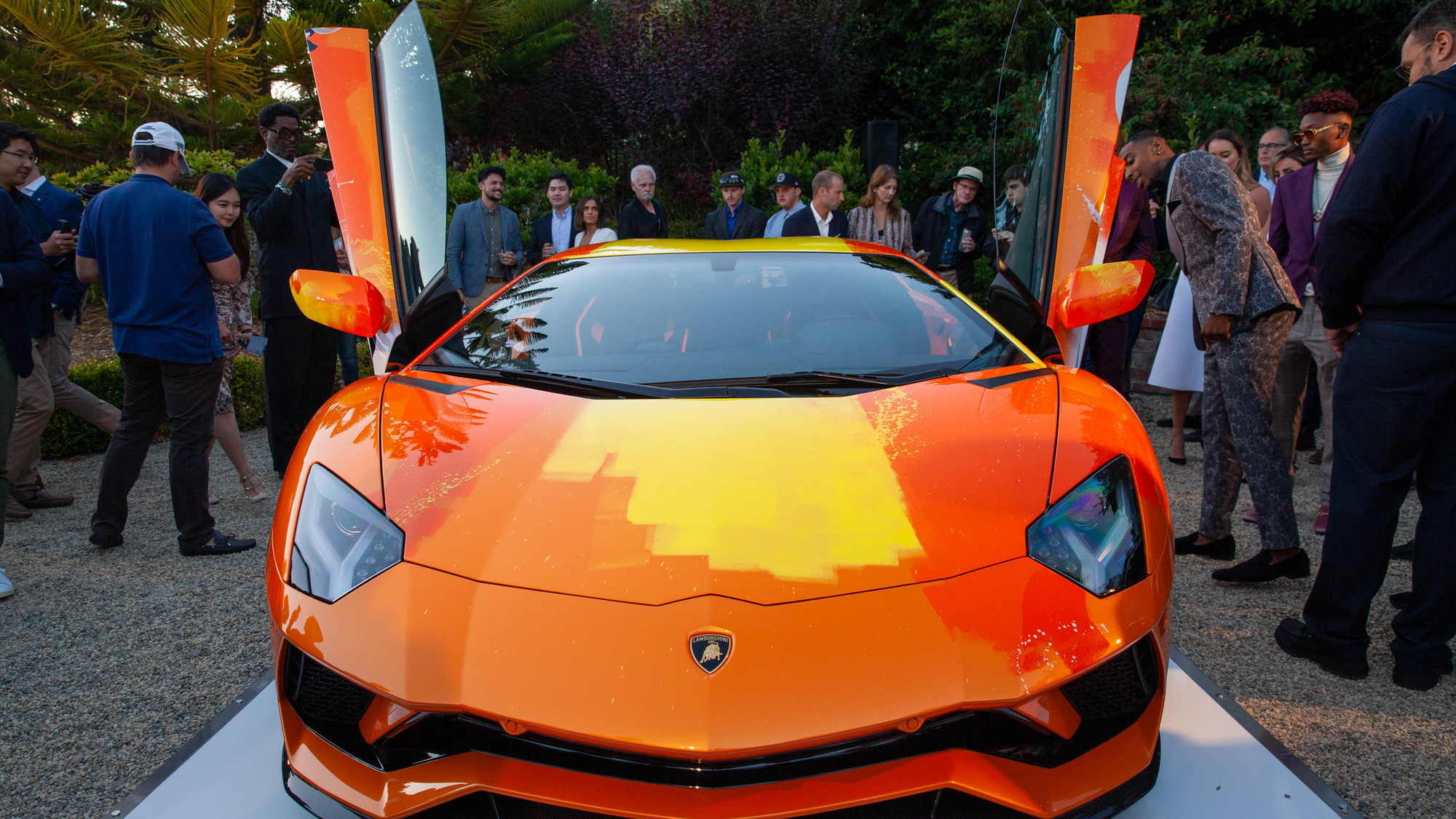 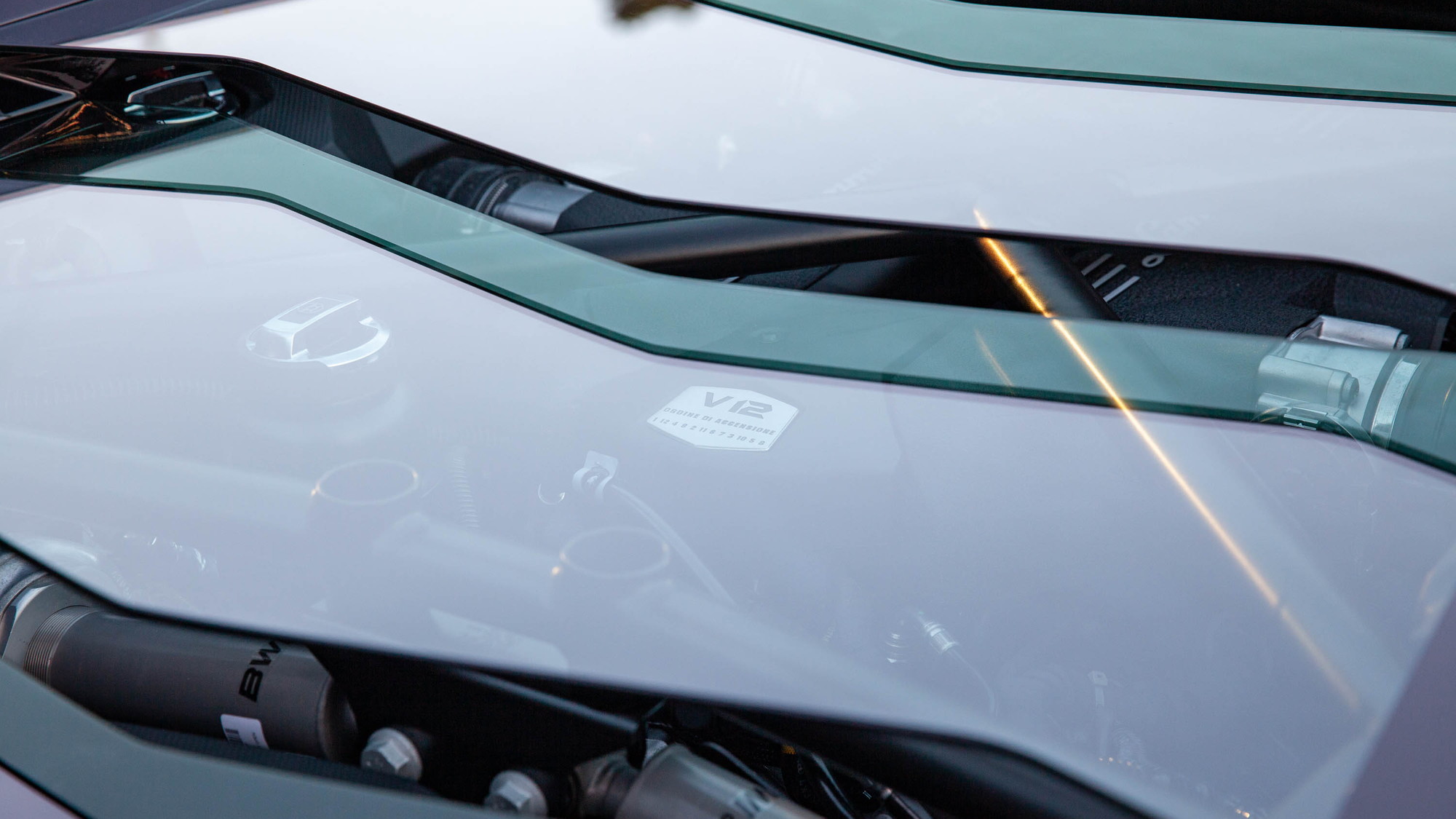 Lamborghini on Thursday took the wraps off its Aventador S art car designed by Skyler Grey, a 19-year-old artist from Los Angeles.

The Aventador S was a three-week project by Grey, designed in Sant'Agata by Lamborghini, which Lamborghini CEO Stefano Domencali said was already sold to a collector.

The orange car pays tribute to the artist Andy Warhol's "Campbell's Soup Cans" with a distinctly Lamborghini theme. Splayed across the front of the car are lashes of yellow paint with white splashes, while large white, gray, and black bulls are splayed across the sides. Inside, the car features black leather interior with orange stitching and accents, and an ornate stitched bull between the two seats.

Grey said the car was part of a three-week residency at Lamborghini's newly expanded paint shop, and is certified by the automaker as a one-off piece of art. The car is part of the automaker's pilot project, called "Lamborghini Sicura," which certifies cars like it for sale and prohibits counterfeits later. 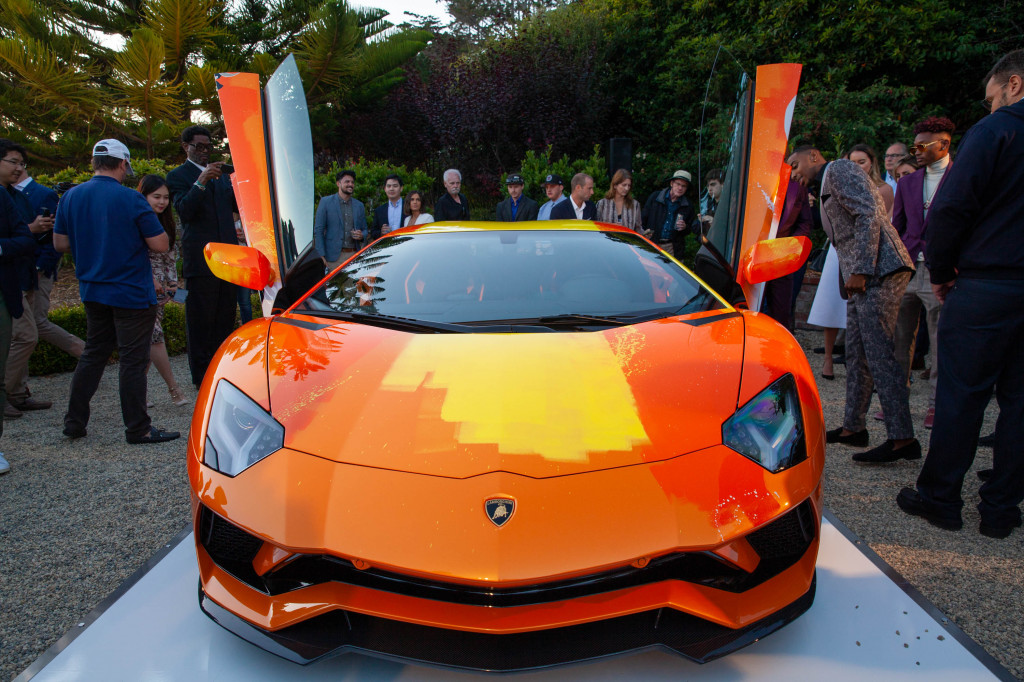 Lamborghini said the car was created using the automaker's bespoke Ad Personam program that personalizes customer cars. Lamborghini didn't say what would come next from the program but Domencali said later that the pilot program may be expanded later.

Like all Aventador S models, there's a 6.5-liter residing behind the cabin. It delivers 730 horsepower and will rocket the car to 62 mph in 2.9 seconds and to a top speed of 217 mph. 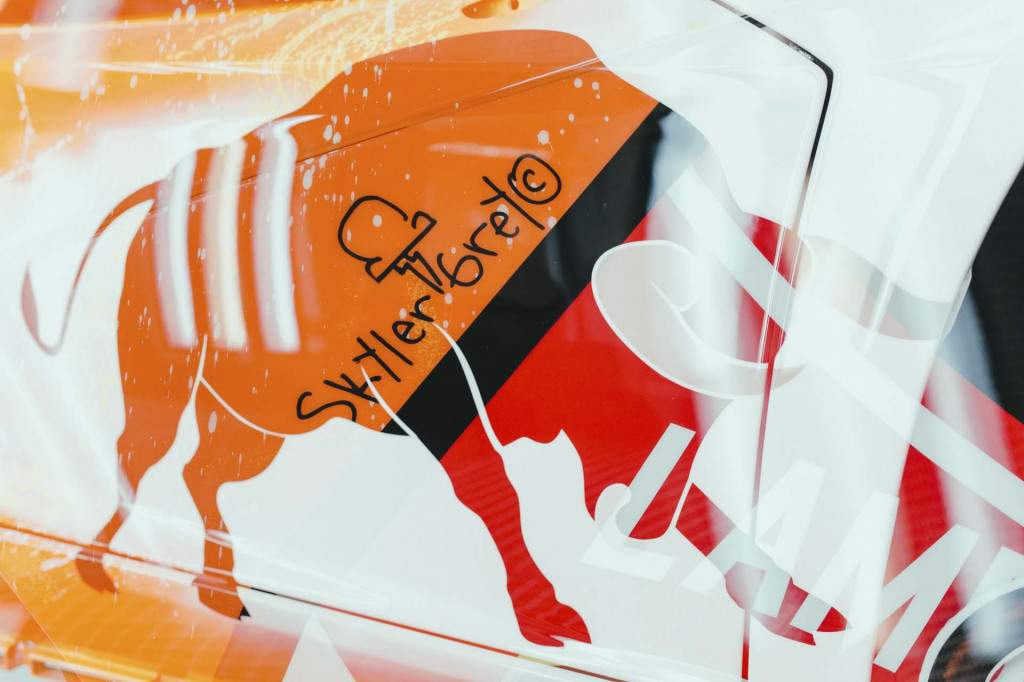 Grey's car will be on display during Monterey Car Week, ahead of the Pebble Beach Concours d'Elegance on Sunday.

Monterey Car Week concludes on August 18 with the Pebble Beach Concours d'Elegance. For our complete coverage, head to our dedicated hub.