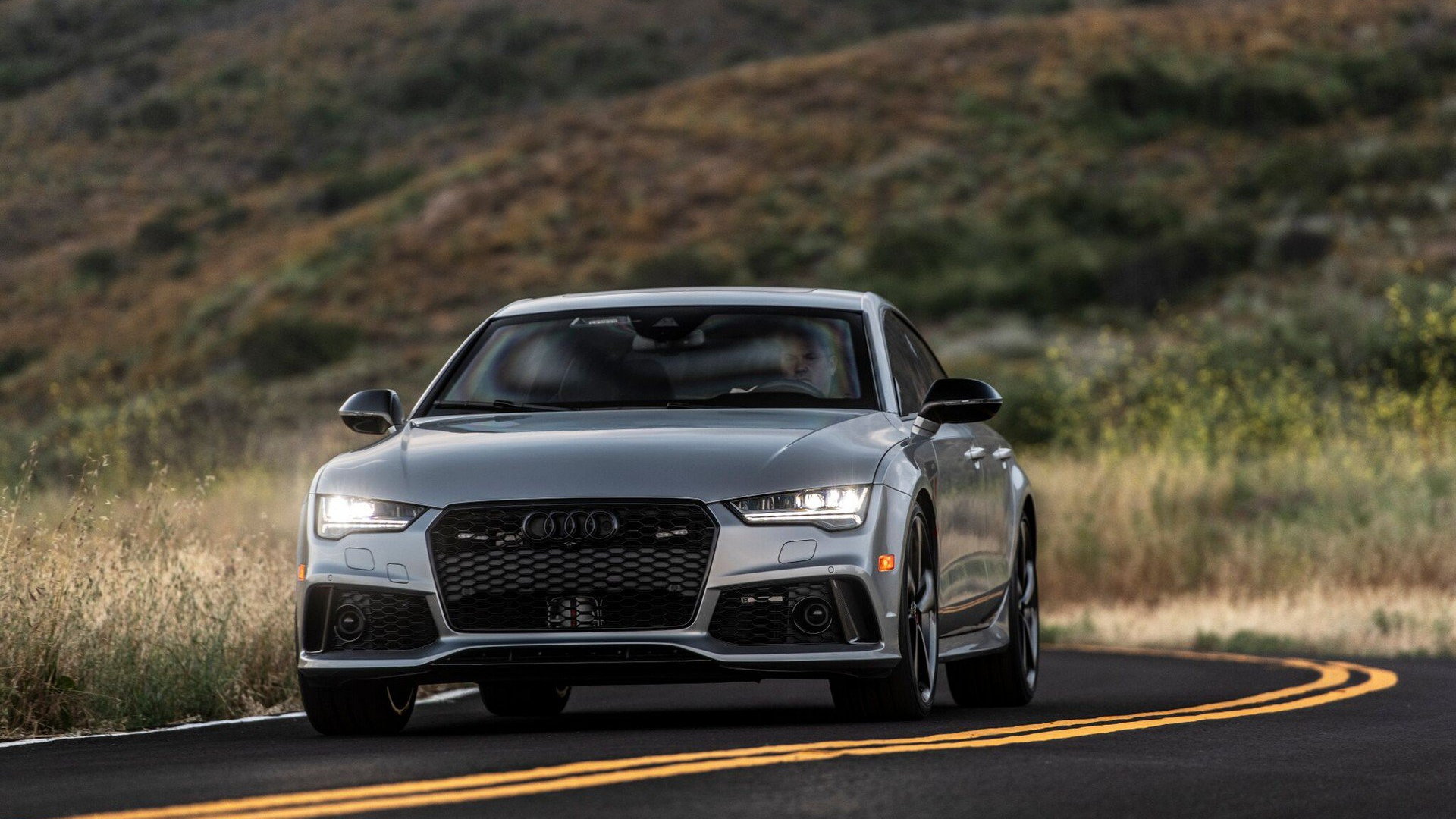 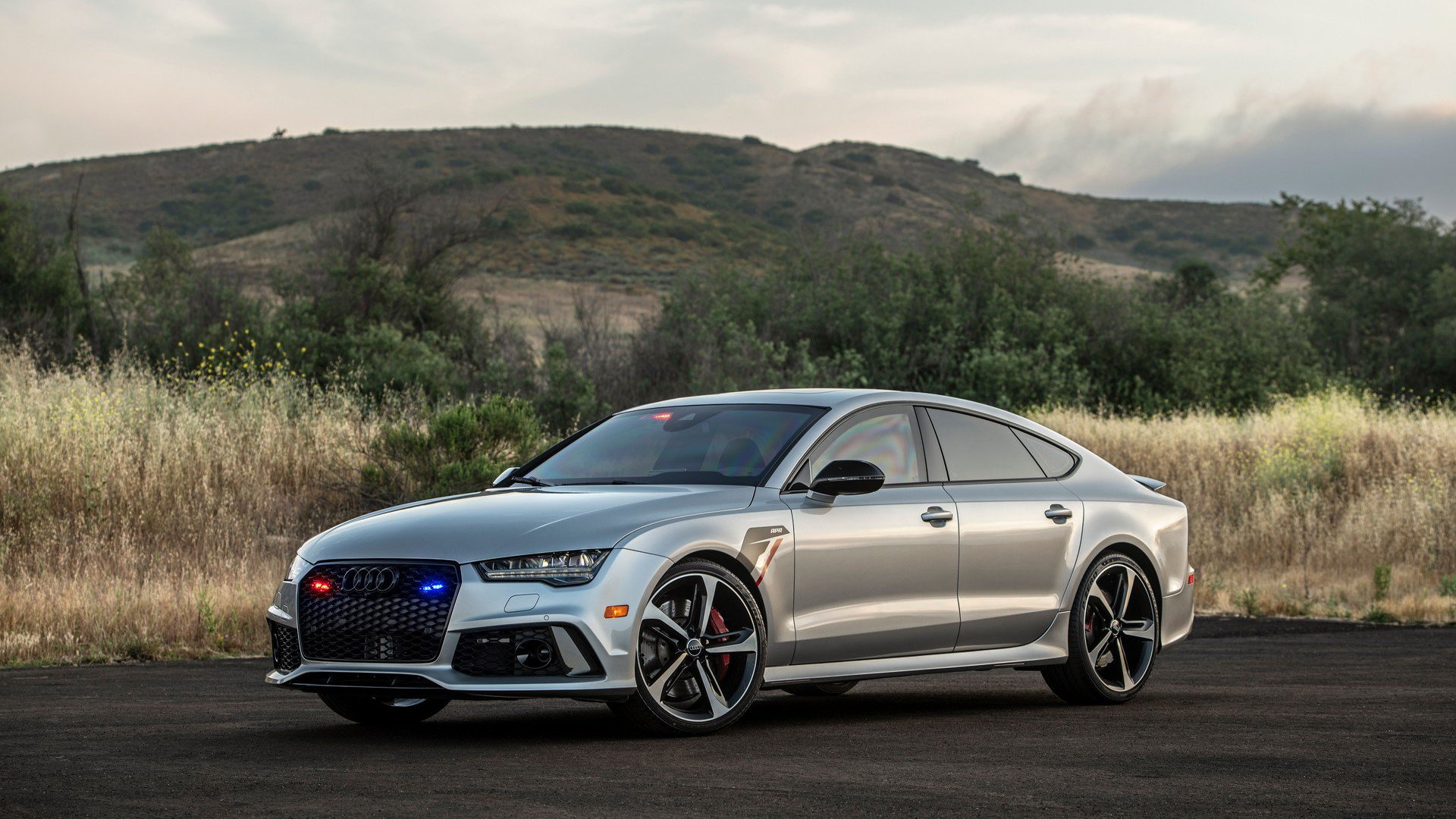 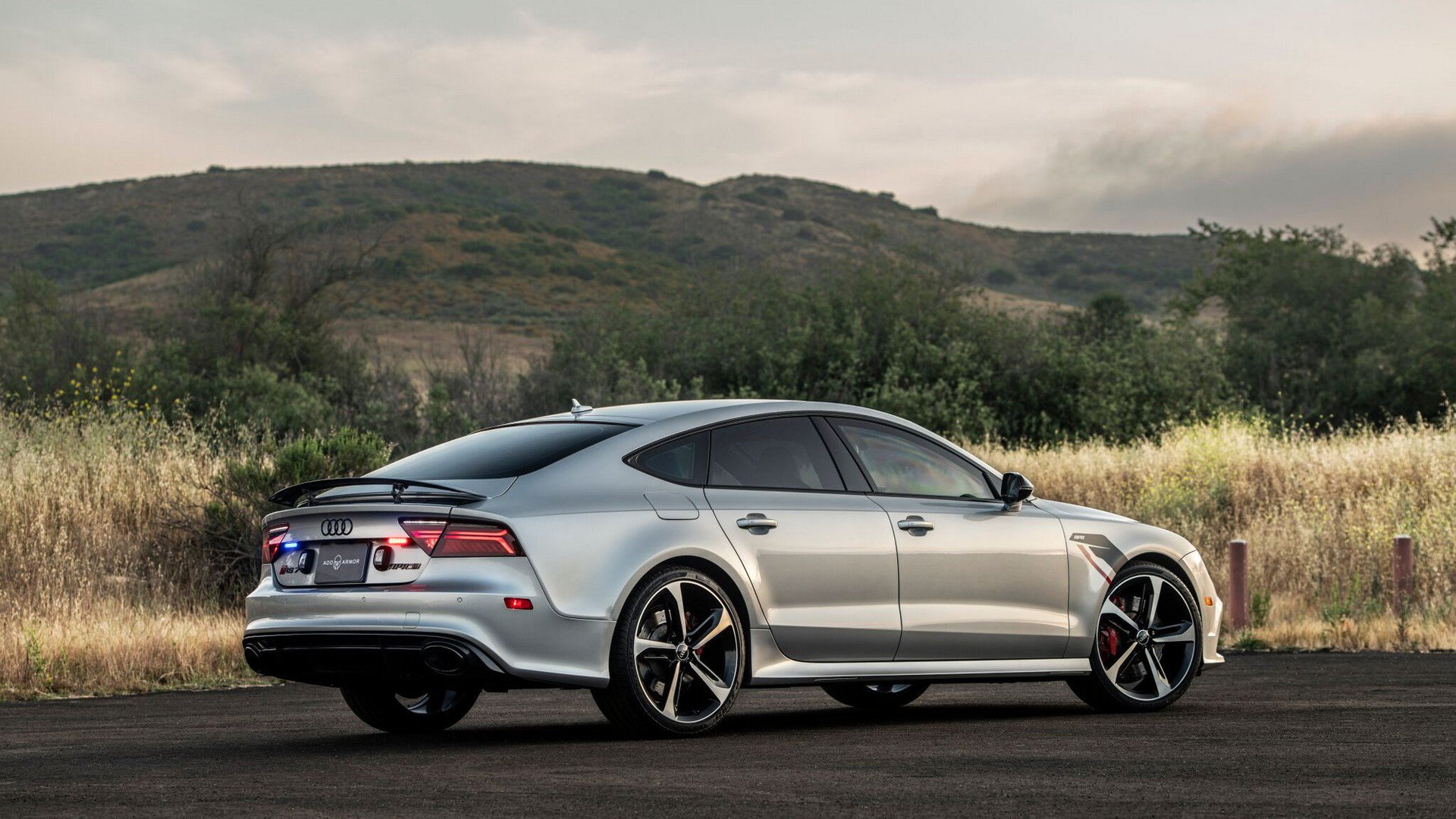 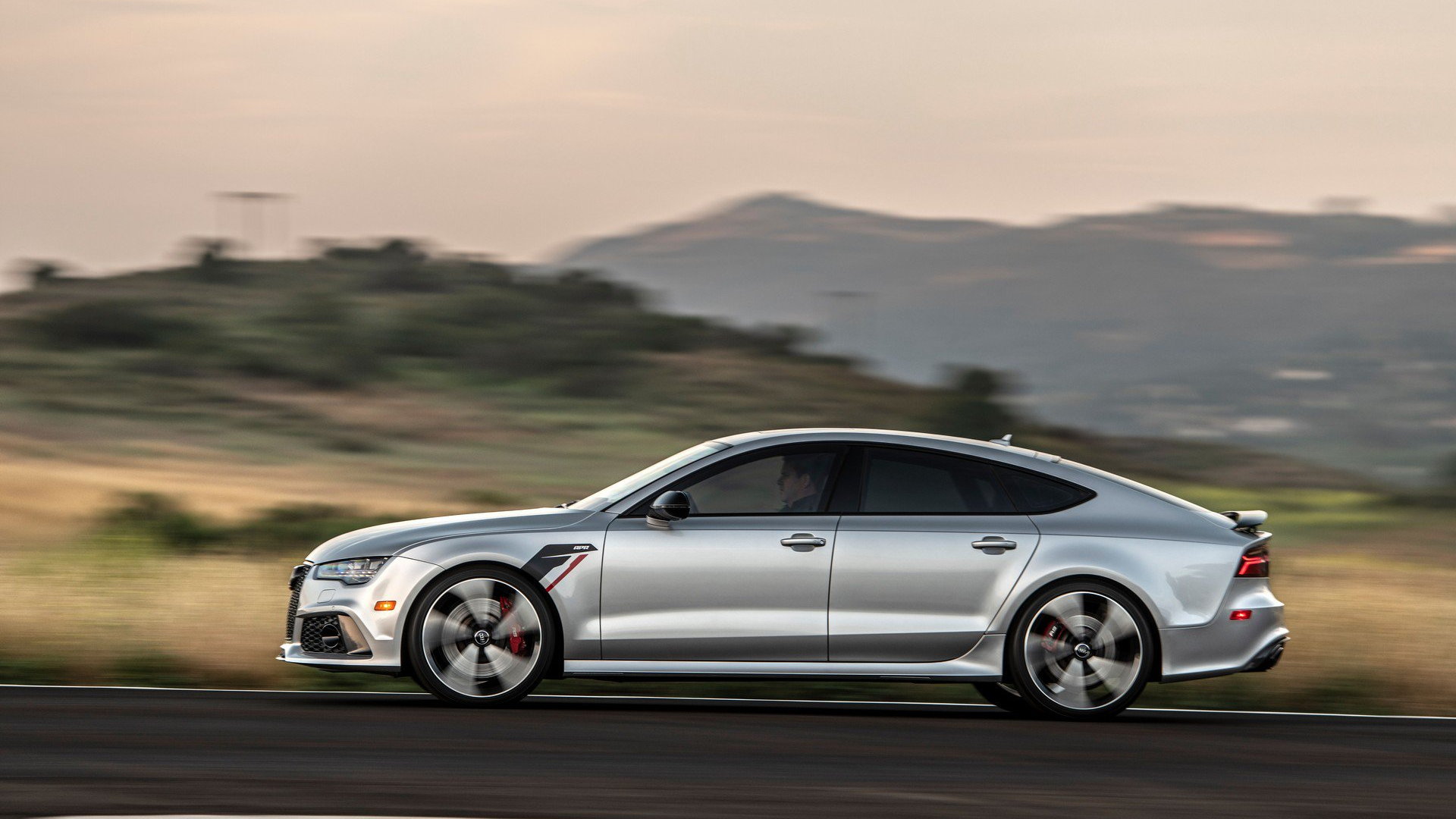 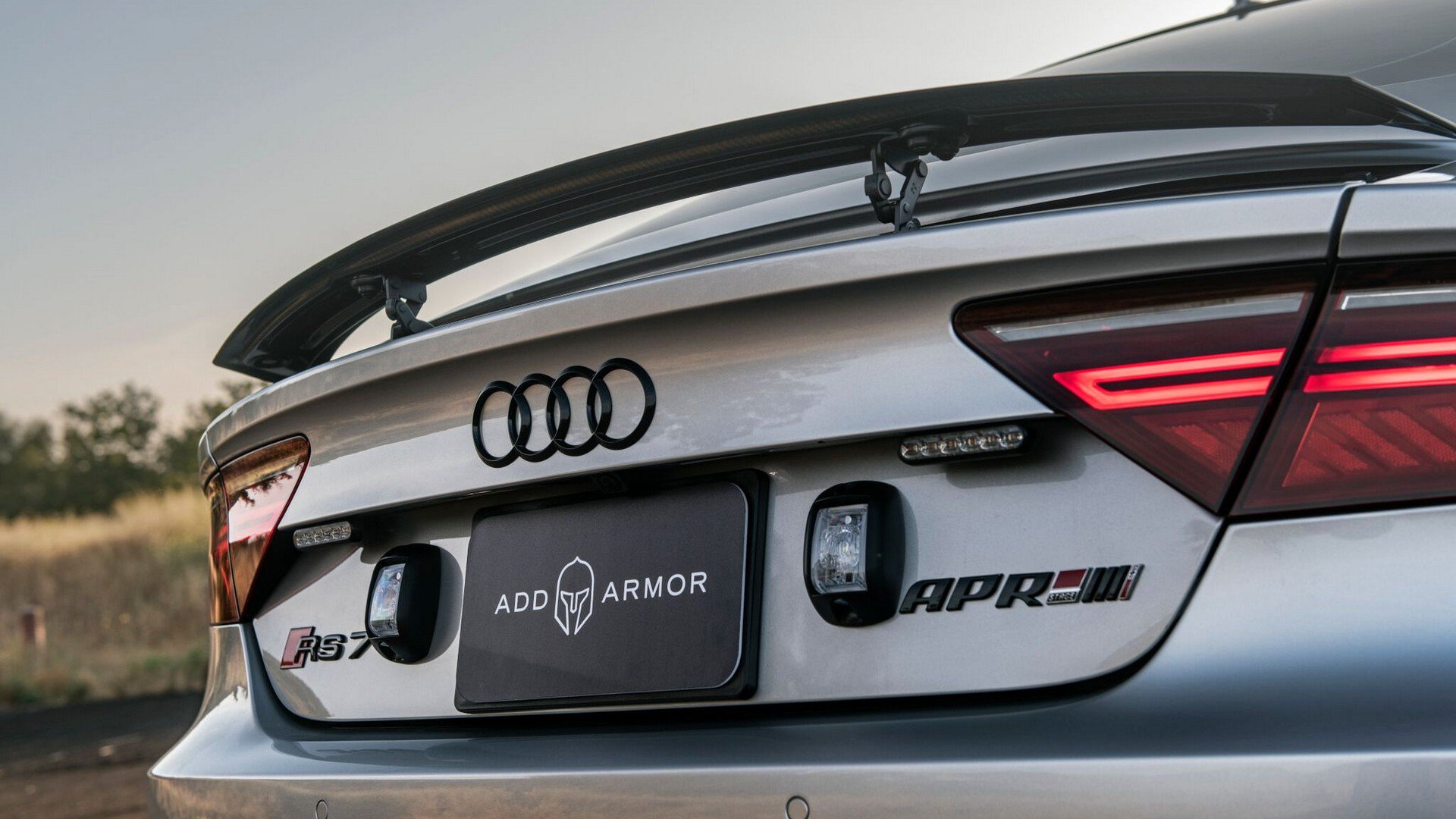 Armored cars have one job: protect their occupants. Arguably, their follow-up task is to ensure a quick getaway from confrontation. This tuned Audi RS 7 nails both tasks.

The package comes from AddArmor, which according to Carscoops, has made its armored RS 7 the fastest armored car in the world. The specs are incredible. Thanks to tuning from APR, the twin-turbo 4.0-liter V-8 now makes 760 horsepower and 800 pound-feet of torque. The power figures are enough to push the armored fastback sedan to 202 mph.

What really helps the RS 7 is the type of protection used. Instead of ballistic steel, AddArmor opted for polycarbonate weave cocooning. The material weighs 60 percent less than ballistic steel, yet still provides B4 levels of ballistic protection. Total, there's only 200 pounds of extra heft onboard. As for the glass, it's created from a multi-layer mix of polycarbonate and ballistic glass. It'll stop rounds from a .44-caliber handgun if you're wondering. No word on what type of explosions the RS 7 can handle, however.

Not only will the car make for some seriously quick getaways, it also has a few tricks at its disposal. AddArmor has dug into the war chest for secret agents and fitted a pepper spray system, smokescreen, and a "sonic sound cannon." The RS 7 can also blind foes with aircraft-like lighting. If an enemy gets close enough to open a car door, the handle will shock the outgunned bad guy. Additional protective measures include a mine and explosive detection system and an oxygen system in case of a chemical attack.

Final touches from AddArmor's secret labs include a reinforced front bumper that can ram obstacles without damaging the radiator, and yes, there are gun racks in the trunk to hold pistols and assault rifles. Should anyone access the gun racks, the car will alert a global 911 concierge system of the situation.

The price of protection is not cheap, though. The whole package comes in at $205,000, though less serious packages start at $28,000 atop a standard Audi RS 7.