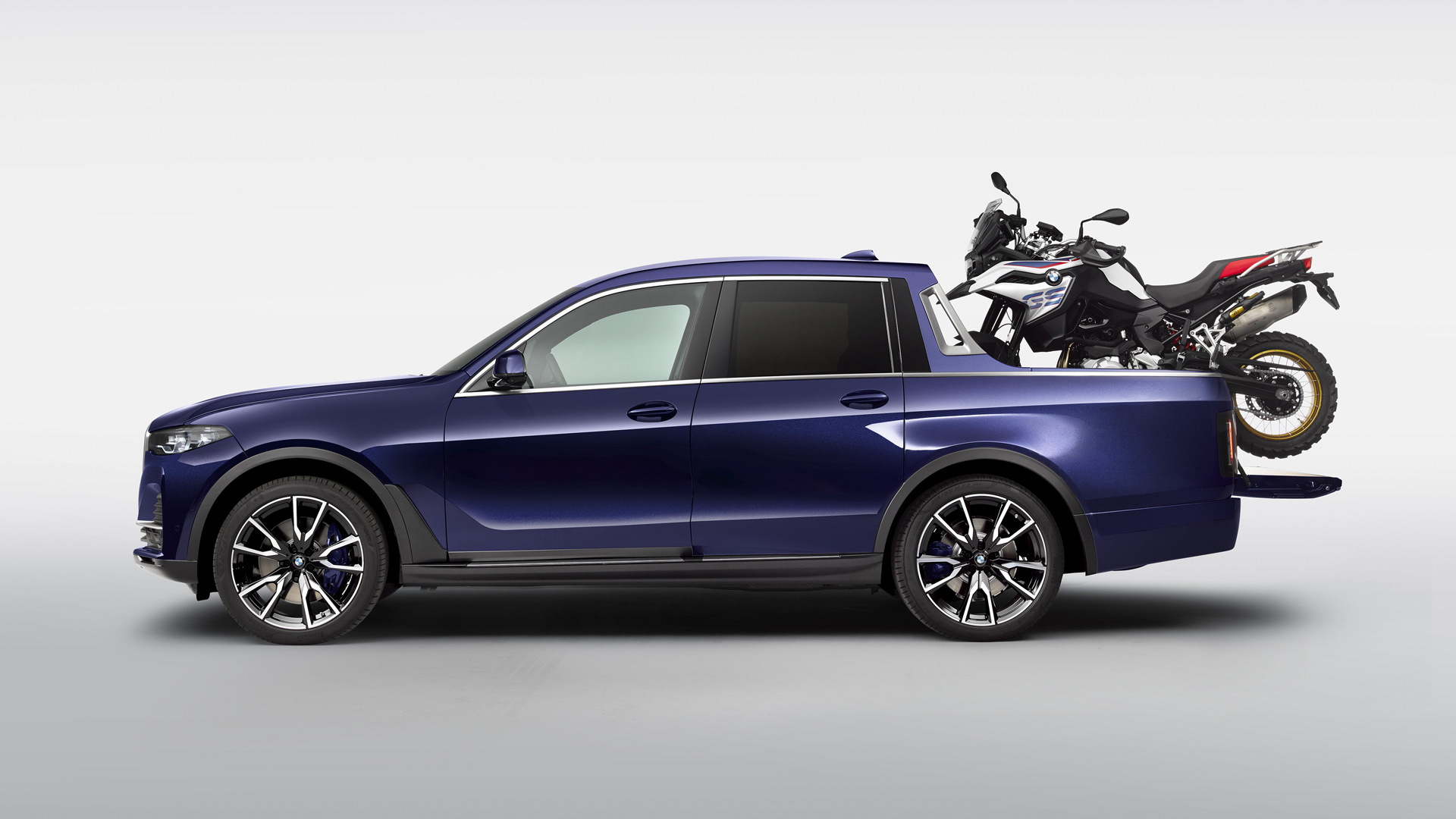 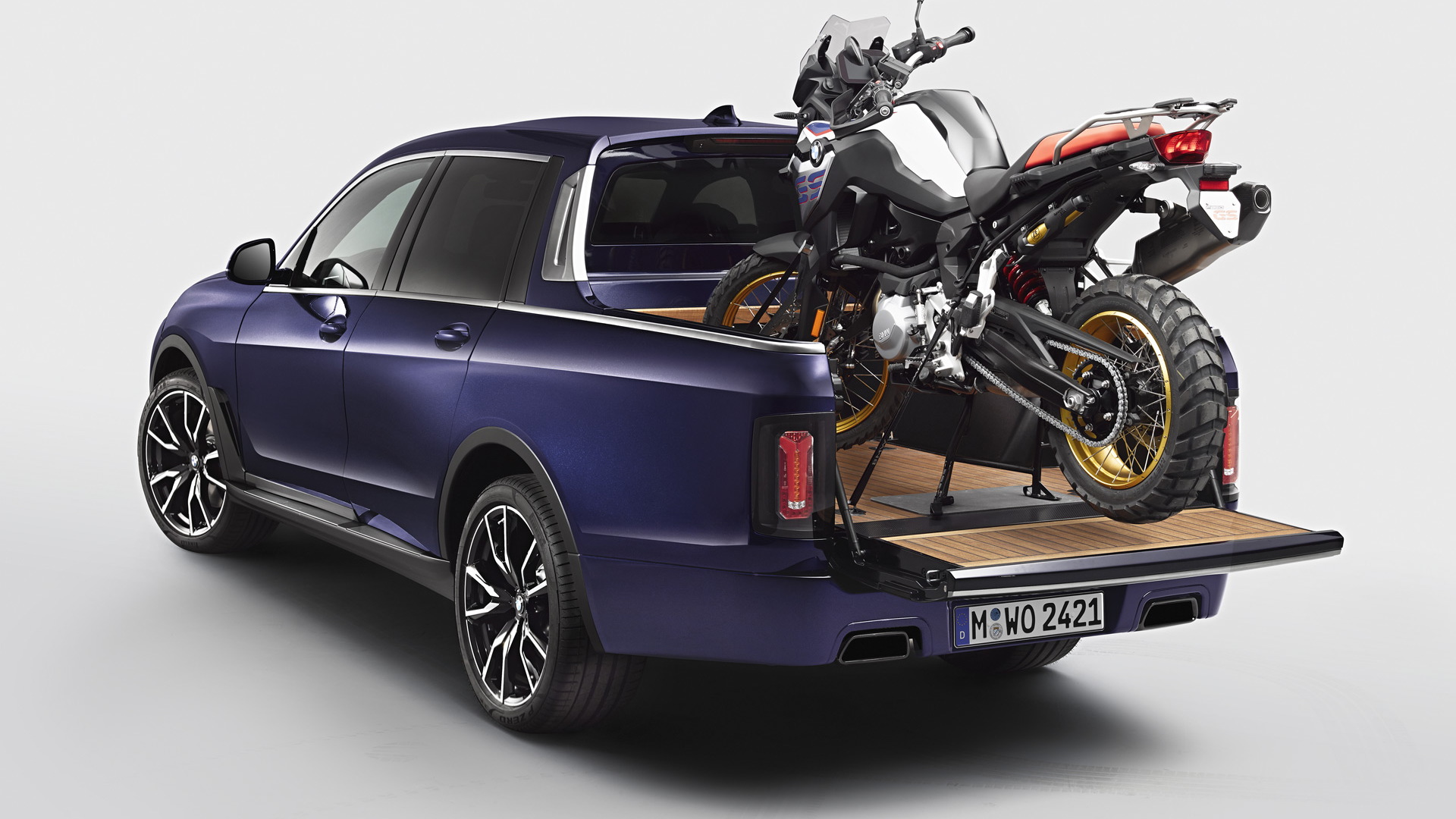 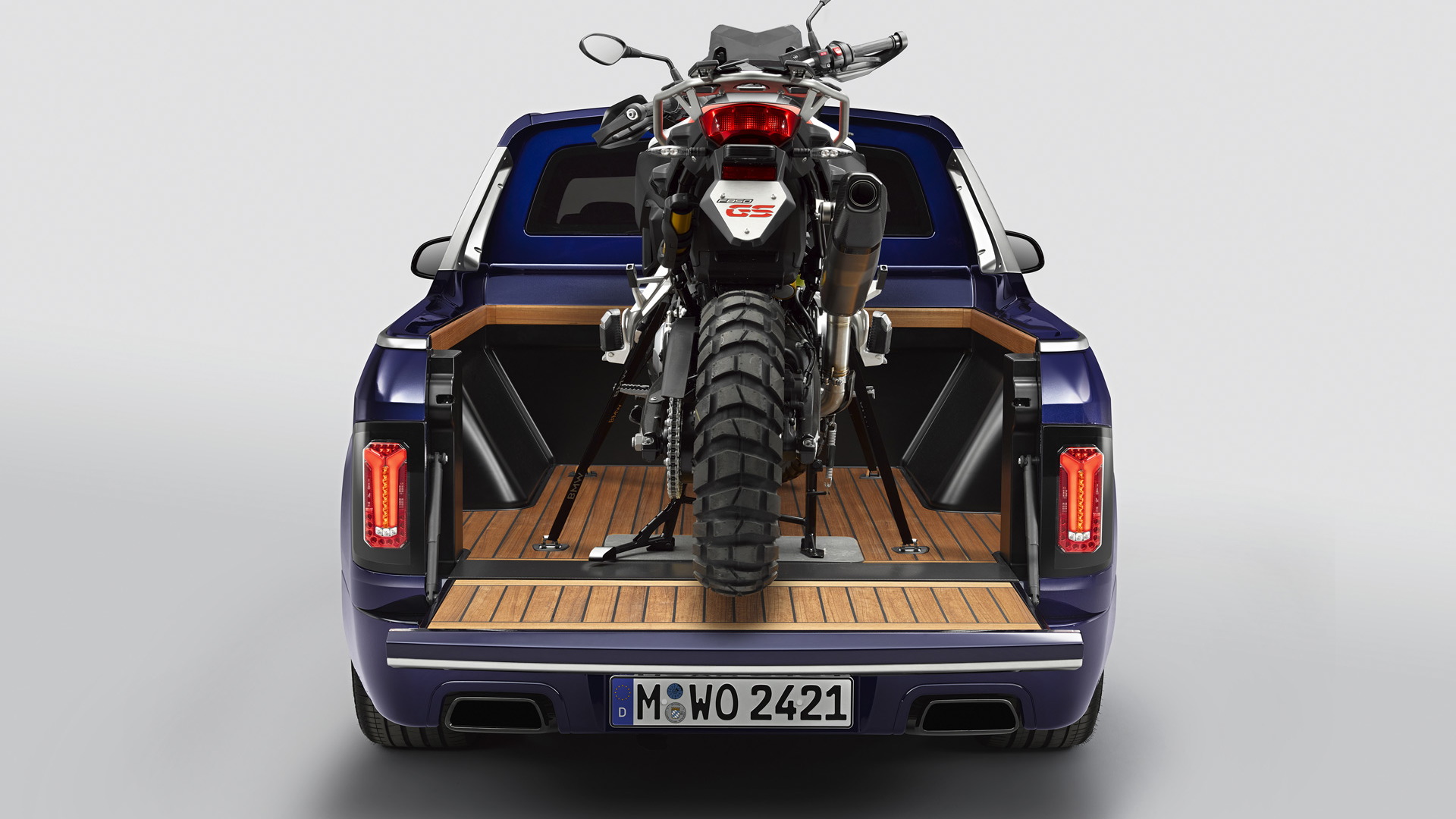 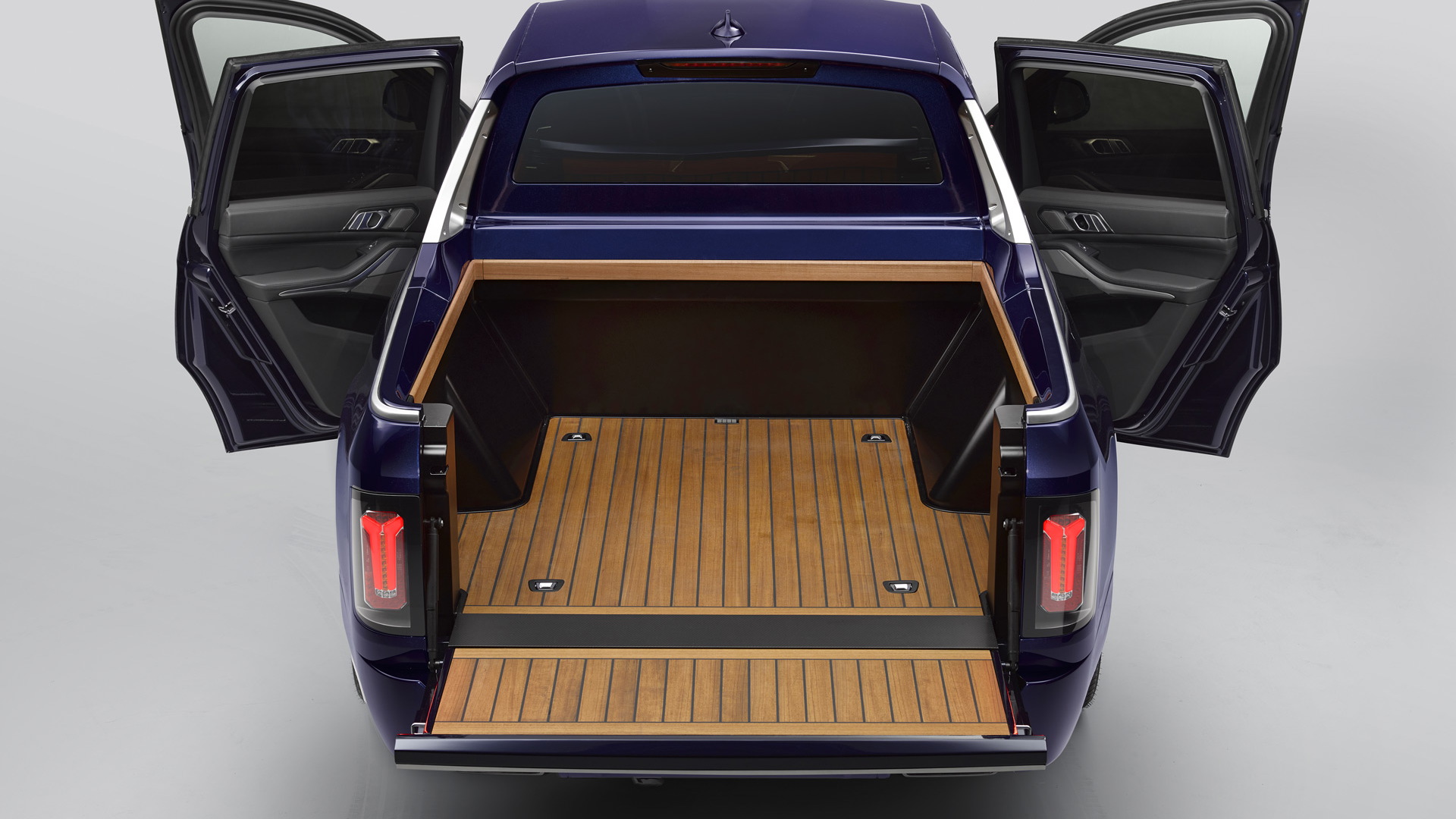 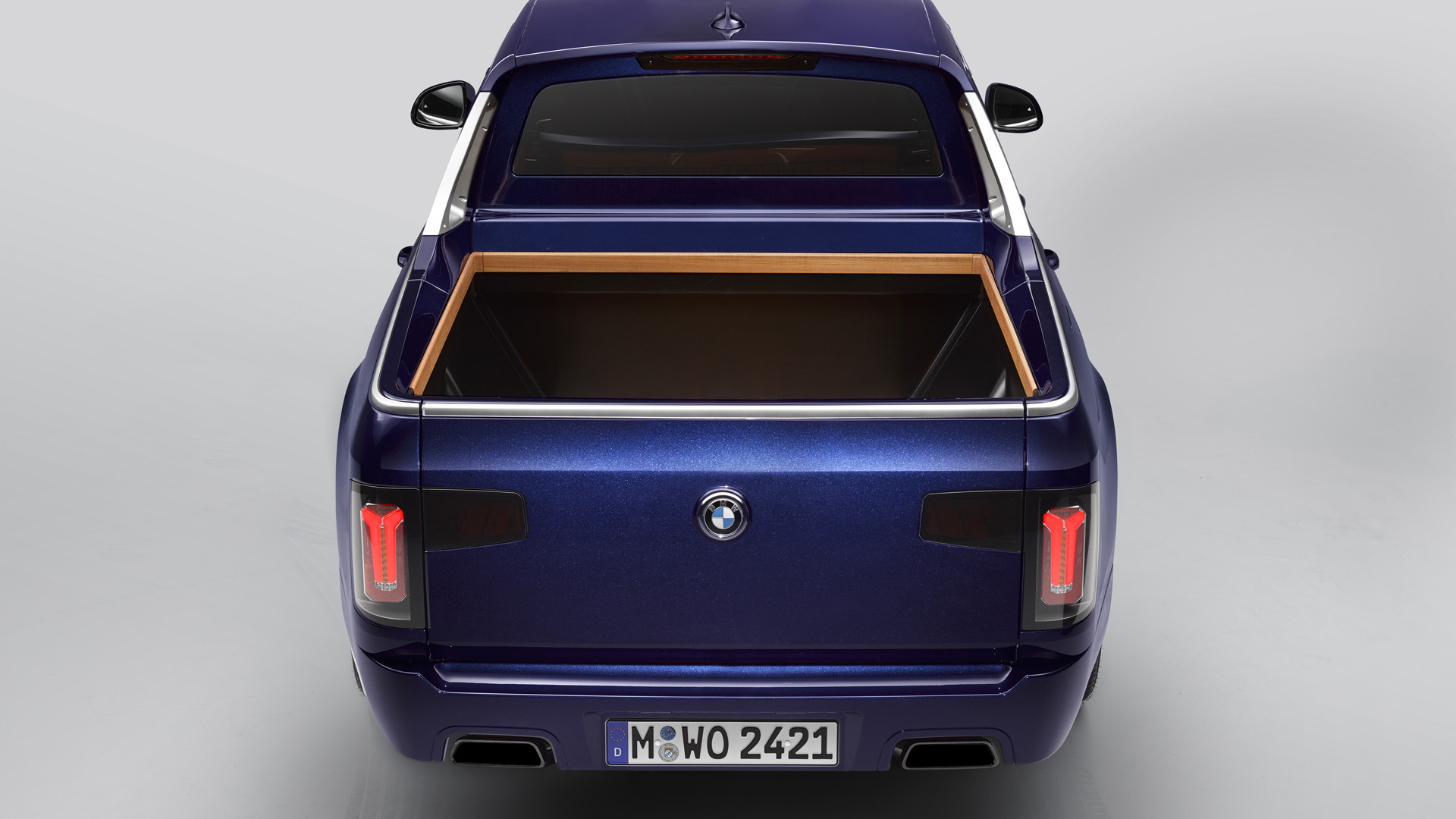 No, this isn't a late April Fools' Day prank. BMW has actually channeled the former Cadillac Escalade EXT for a pickup truck based on the X7 full-size luxury SUV.

We'll point out straight away that the X7 Pick-up, as it's referred to, isn't production-bound. It's a one-off concept to tease visitors during this weekend's BMW Motorrad Days motorcycle meet in Garmisch-Partenkirchen, Germany, hence the BMW F 850 GS in the rear.

It also served as a challenge for students taking part in the BMW Group Vocational Training program. Working with BMW's concept car division, a group of students based in Munich helped to create the X7 Pick-up in just ten months.

By ripping out the X7's third-row seats and replacing the tailgate with a bed, the students managed to reduce weight by as much as 440 pounds. The use of carbon fiber-reinforced plastic also helped to keep weight down. The bed stretches close to 80 inches with the tailgate lowered and is lined in teak wood. A honey-colored finish for the wood, coupled with the dark blue exterior, was inspired by luxury sport yachts.

The donor X7 was a pre-production prototype that normally would have been scrapped. It's an X7 xDrive40i, meaning there's a 3.0-liter turbocharged inline-6 under the hood rated at 335 horsepower and 330 pound-feet of torque.

BMW has built a handful of pickup truck concepts in the past, though it has no plans to follow the route of arch rival Mercedes-Benz and launch a plush pickup of its own.