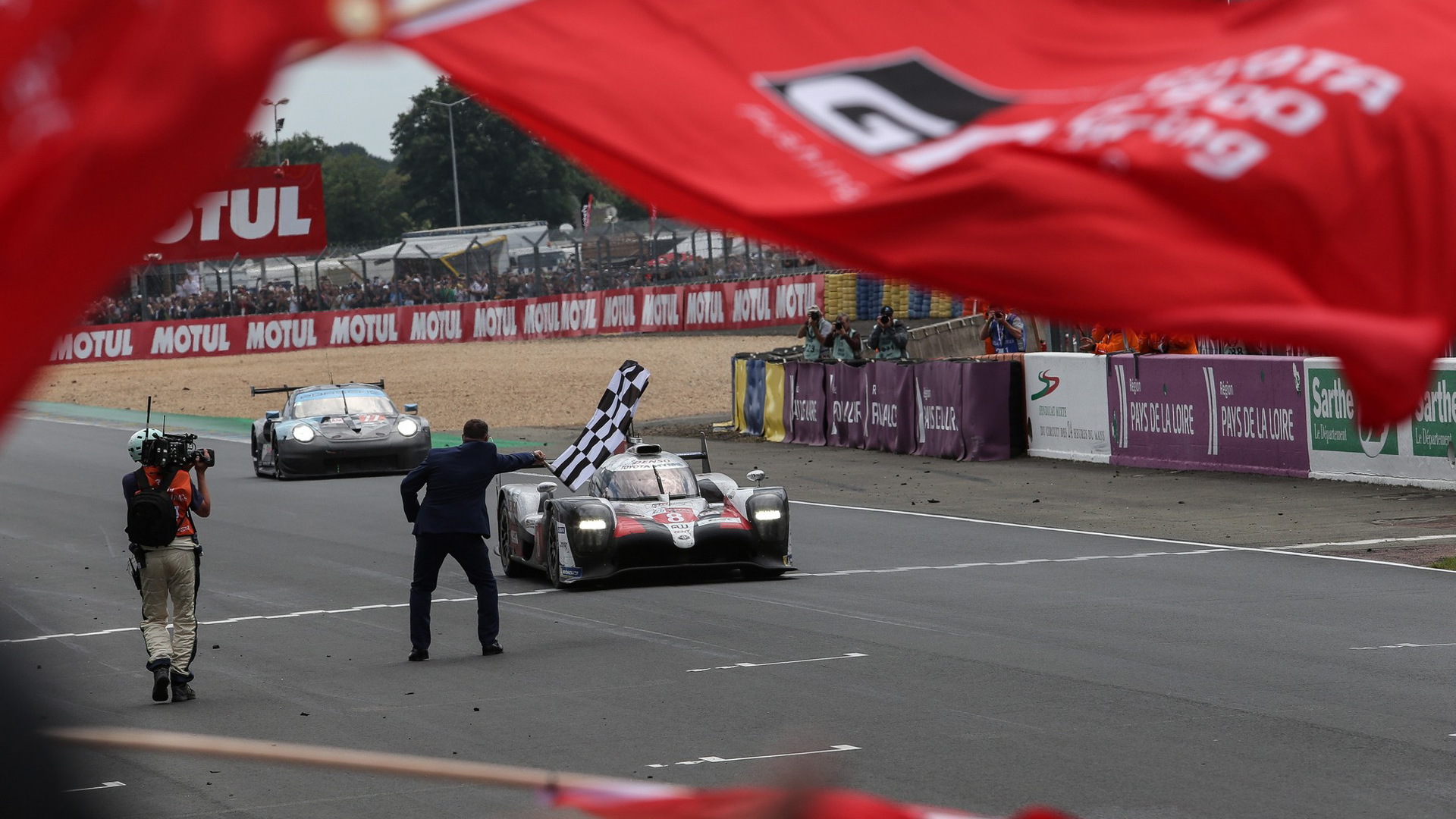 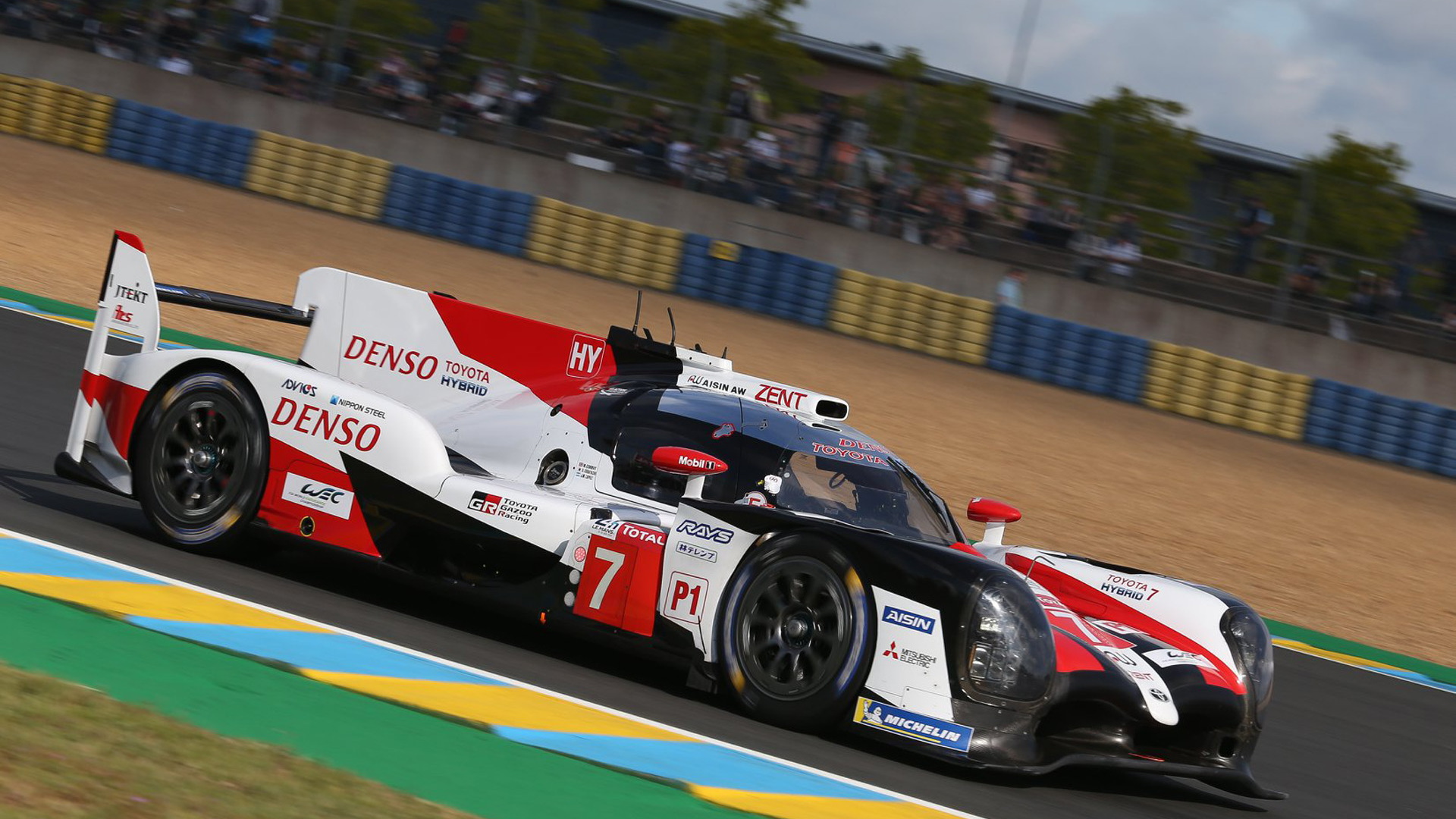 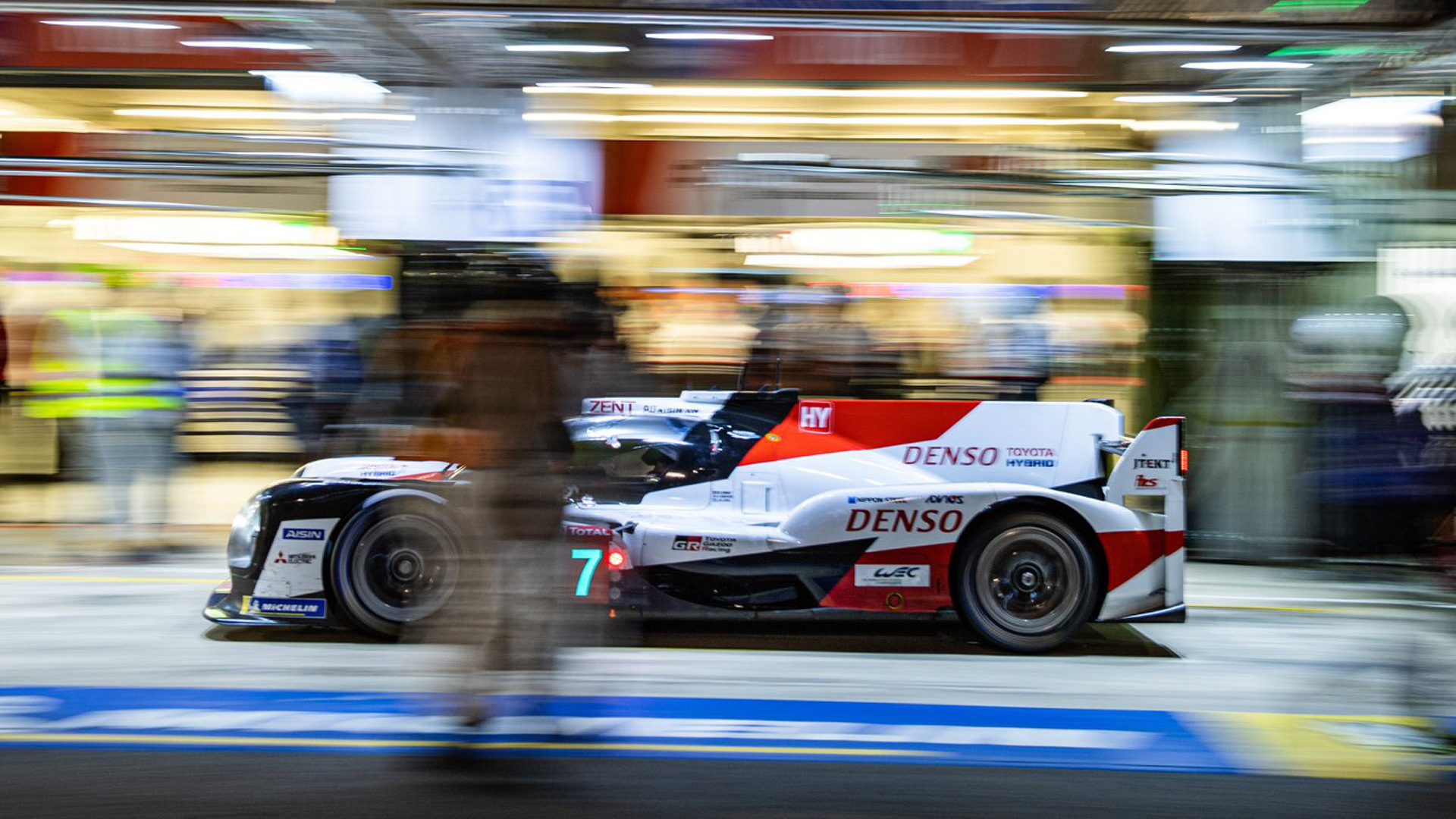 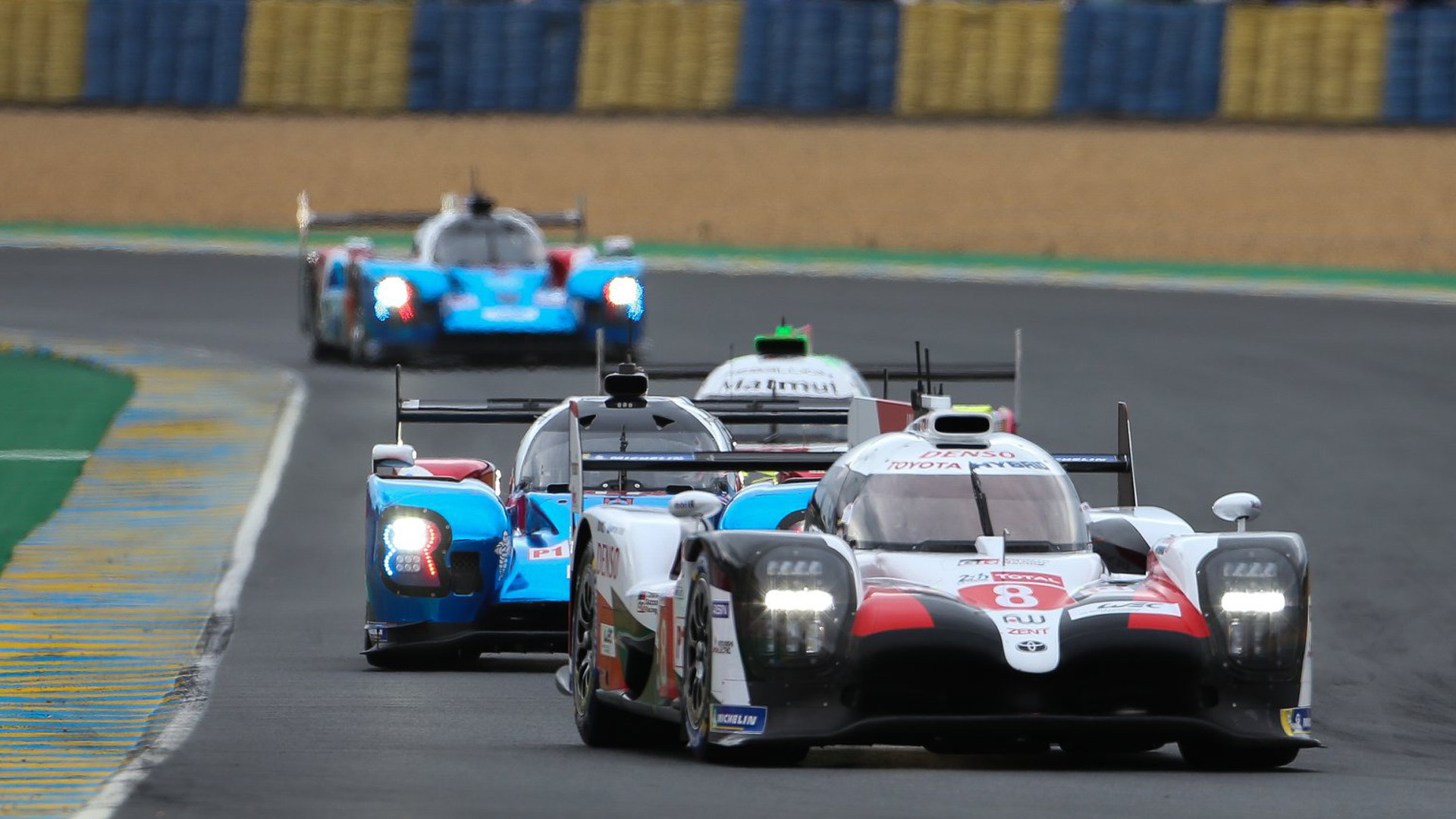 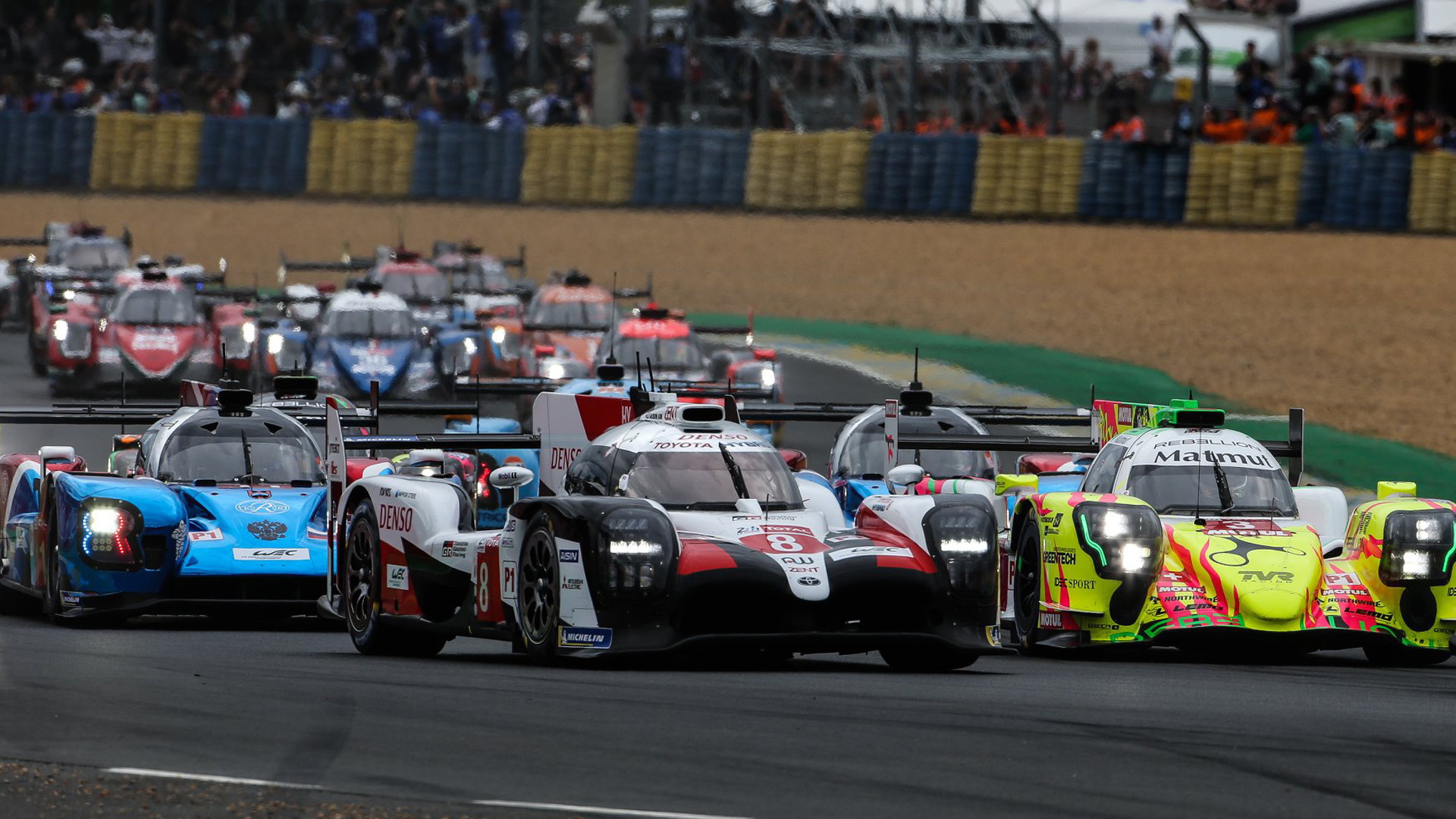 Toyota secured a one-two finish on Sunday at the 2019 24 Hours of Le Mans following a dramatic final hour in the season-ending race of the 2018-2019 World Endurance Championship.

In the end, it was Toyota's number 8 TS050 Hybrid driven by Fernando Alonso, Sébastien Buemi and Kazuki Nakajima first to cross the finish line, with the no. 7 TS050 Hybrid of Mike Conway, Kamui Kobayashi and José María López finishing second, 16.9 seconds behind the lead car.

Rounding out the top three places in the premier LMP1 class was the no. 11 SMP Racing/BR Engineering BR1 driven by Vitaly Petrov, Mikhail Aleshin and Stoffel Vandoorne. They finished six laps behind the lead car.

Toyota's dominance was largely expected given its status as the sole manufacturer in the LMP1 class. The same was true last season when the Japanese automaker secured its first win at Le Mans.

Despite the lack of competition, there was still plenty of action at the Circuit de la Sarthe, where the race was held. For example, after dominating the weekend, the no. 7 Toyota was almost certain to win, but things quickly changed after lap 367 when López came into the pits with a puncture. Unfortunately for him and his fellow drivers, a sensor issue resulted in the wrong tire being identified, meaning López left the pits still with a puncture. This necessitated a slow lap back to the pits when all four tires were changed, handing an unassailable lead to the no. 8 car.

In the LMP2 class, the no. 36 Signatech Alpine A470 driven by Pierre Thiriet, André Negrão and Nicolas Lapierre took top honors. They came sixth overall.

And further down the classes, it was the no. 51 AF Corse Ferrari 488 GTE Evo driven by Alessandro Pier Guidi, James Calado and Daniel Serra first in the GTE Pro class designed for production-derived race cars with professional drivers. They finished 20th overall.

And finally in the GTE Am class for production-derived race cars with amateur drivers, first place went to the no. 85 Keating Motorsports Ford GT driven by Ben Keating, Jeroen Bleekemolen and Felipe Fraga. They finished 32nd overall.

As mentioned above, the race also concluded the current season of the WEC. Toyota with Alonso, Buemi and Nakajima scored the 2018/2019 title in the LMP1 class, while the title in the LMP2 class went to Signatech Alpine and its drivers Thiriet, Negrão and Lapierre.

Keating Motorsports/Ford at the 2019 24 Hours of Le Mans

In the GTE Pro class, Porsche and drivers Kevin Estre and Michael Christensen claimed the title, while in the GTE Am class the title went to team Project 1 and drivers Egidio Perfetti, Jörg Bergmeister and Patrick Lindsey.

Teams now take a break until the 2019/2020 WEC gets underway with the 4 Hours of Silverstone in the United Kingdom in September. Unfortunately, Toyota will remain the sole manufacturer in the LMP1 class but things will change the following season, i.e. 2020/2021, when the new Hypercar class replaces LMP1 as the premier class of the WEC.