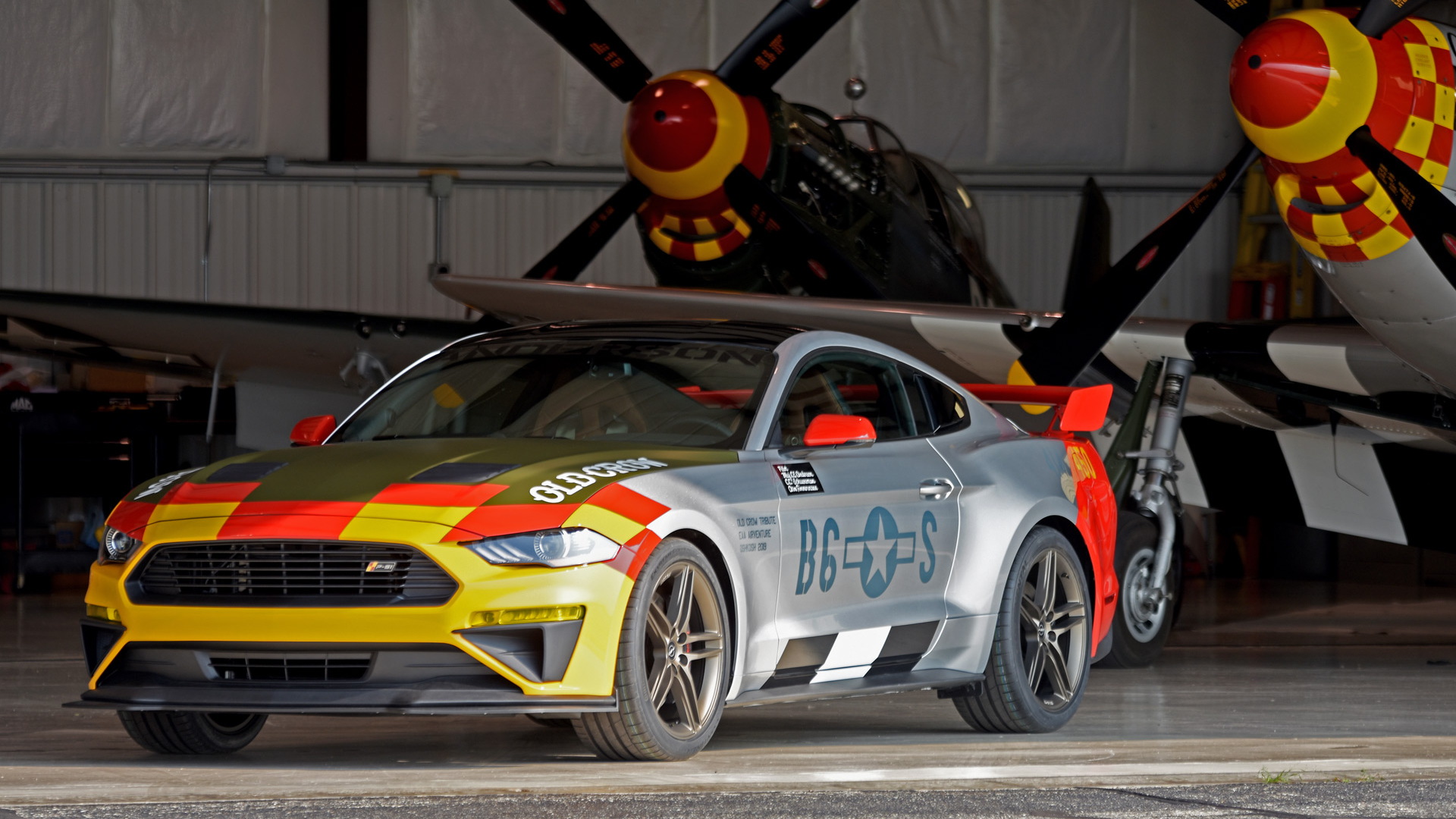 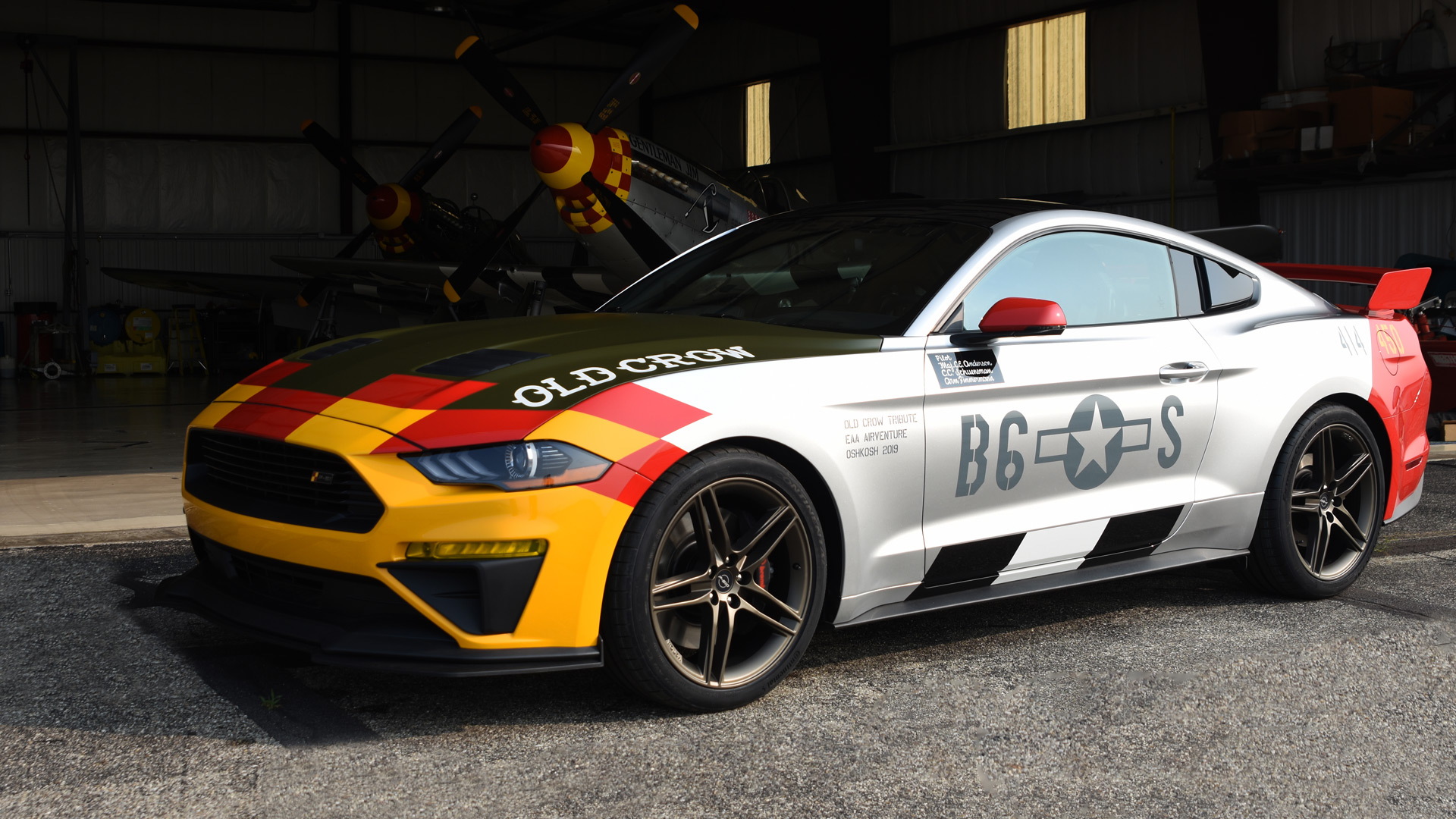 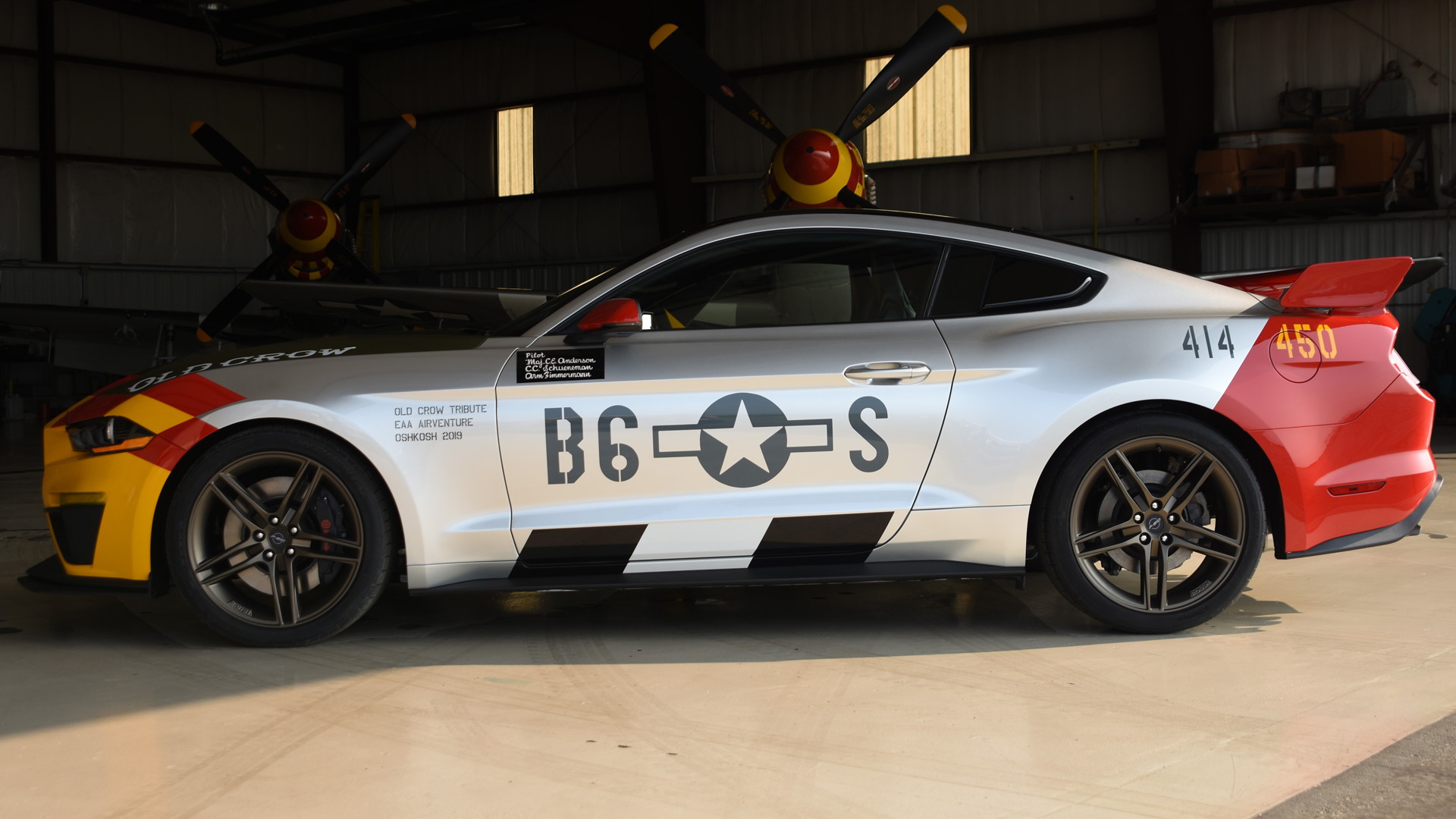 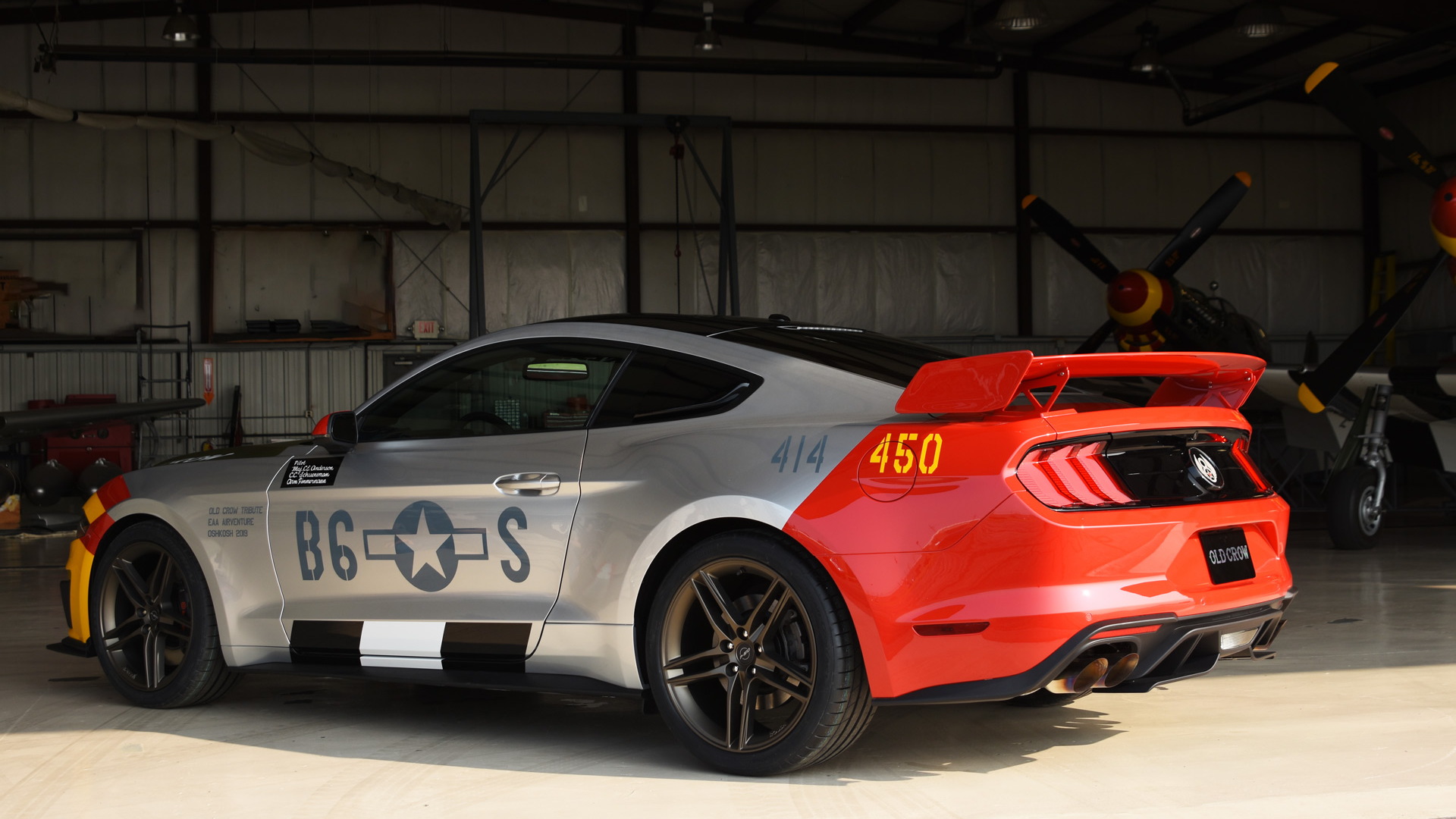 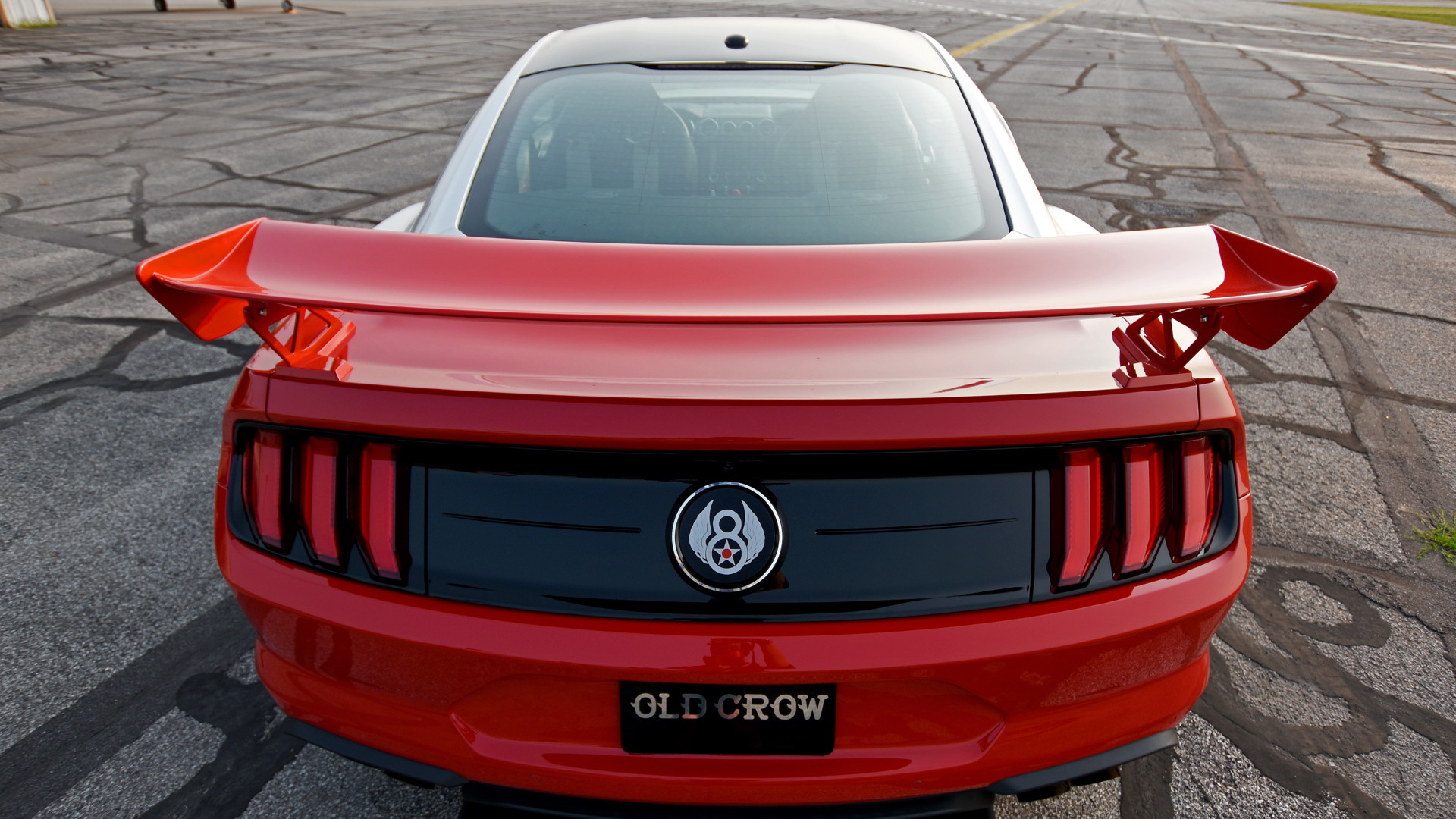 The annual EAA AirVenture Oshkosh in Wisconsin is coming up and Ford will once again use the event for the charity auction of an aeronautical-themed vehicle.

Anderson, 97, flew two combat tours and 116 missions in his P-51 Mustang and managed to evade enemy fire on every occasion, including while providing aerial support to Allied troops on D-Day, some of them riding in Jeeps. For his efforts, he earned more than 25 decorations, including the Distinguished Flying Cross, Bronze Star and Air Medal.

For the special Mustang honoring him and the Old Crow, Ford teamed up with Roush to upgrade the Mustang GT's 5.0-liter V-8 with a supercharger, lifting output to over 700 horsepower and 610 pound-feet of torque.

A custom Roush grille with a P-51 Mustang badge adorns the front, while the words “Old Crow” are written on the hood and an authentic Eighth Air Force emblem badge can be found at the rear. The colors have also been applied to match the original Old Crow.

The car also bears Anderson's signature, as well as the signatures of Edsel Ford II, Roush founder Jack Roush, and members of the Ford design team. Roush and Anderson are actually friends, and in 1994, Roush, who loves aircraft just as much as he loves cars, honored Anderson by fully re-creating an authentic P-51 Mustang with the same badging and paint scheme as the original Old Crow.

As for the Old Crow car, it will go under the hammer on July 25 at the annual The Gathering charity auction, which takes place during the EAA AirVenture Oshkosh. Funds raised at the auction supports the next generation of pilots.

Ford has been building special vehicles for the charity auction since 2008, which so far have raised over $3.5 million. The highest bid remains the $500,000 for the Mustang AV8R made back in 2008.