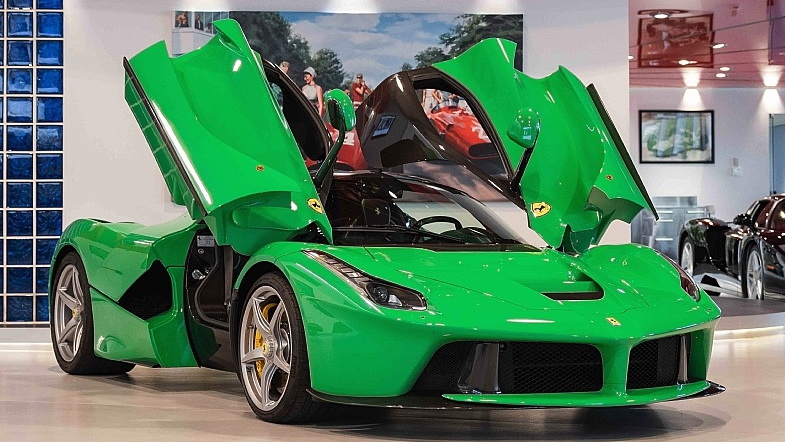 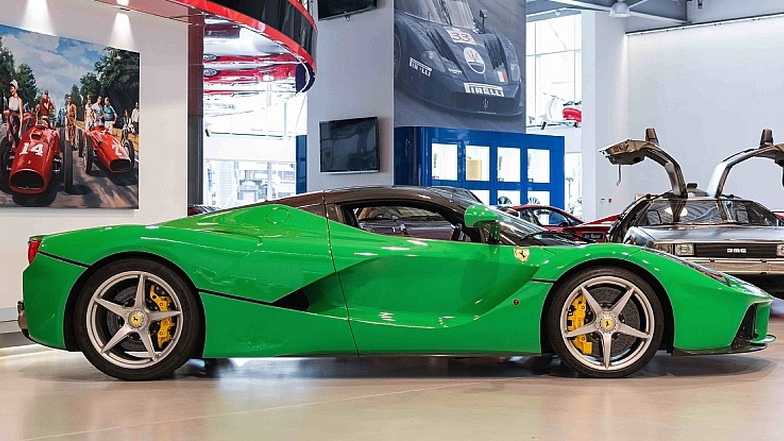 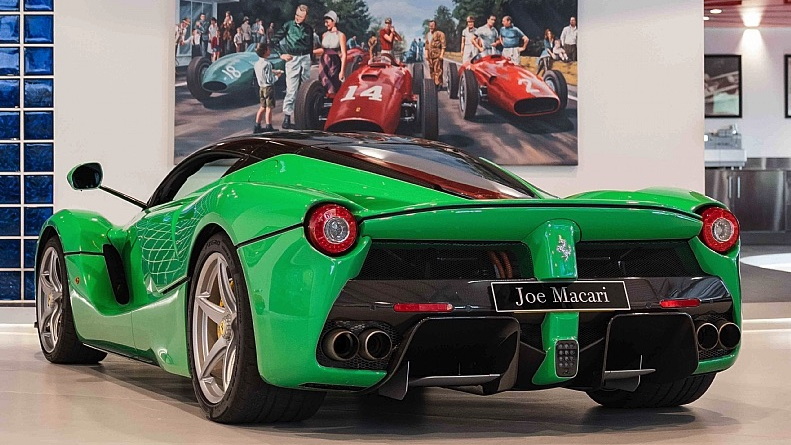 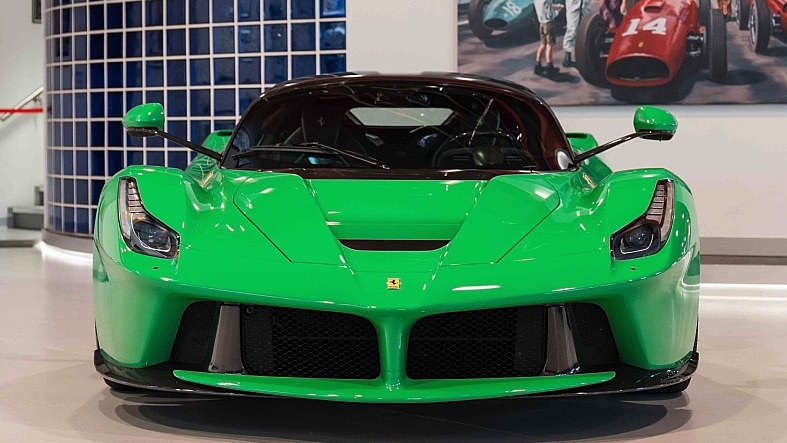 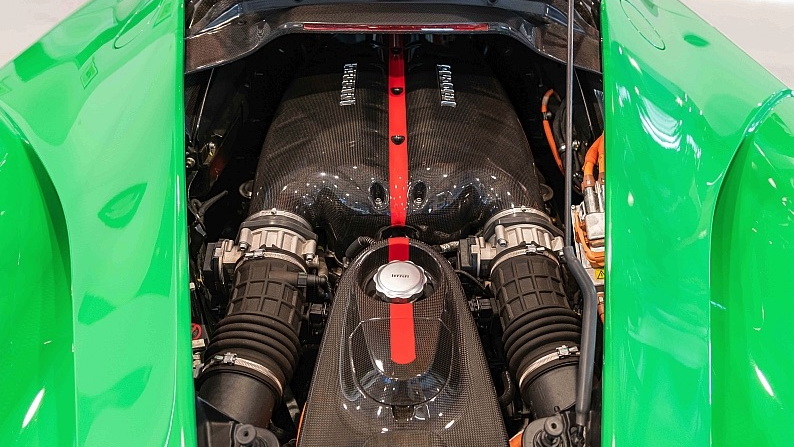 If owning a red Ferrari is far too cliche, how does a highlighter green example sound?

This bright green Ferrari LaFerrari currently resides in the garage of Jay Kay, the frontman of the British jazz-funk band Jamiroquai. The singer made a splash in 2014 when he revealed the oddly painted LaFerrari, which earned the appropriate nickname "Kermit Green." Jay Kay also previously called the green "Italian flag green."

According to a report published Tuesday by Motor1, which first spotted the LaFerrari for sale via Joe Macari Performance Cars London, the singer intended to make a statement with the LaFerrari since he rarely orders new cars from the factory. We'd say he accomplished that with—excuse the pun—flying colors.

Although Jay Kay owns a mighty impressive collection of cars, he rarely gets time to do any actual driving. It shows since the LaFerrari only has 1,900 miles on the odometer.

The exterior's green color is protected in a film cover, and Jay Kay opted for a slew of carbon fiber components for contrast, along with yellow brake calipers.

Inside, the upholstery echoes the outside with a Nero/Green motif. The car also features a set of matching luggage to boot. If the car doesn't grab the bellhop's attention, the bright green travel bags surely will.

The sale of Jay Kay's LaFerrari is the latest incredible car the singer is ready to part ways with. Last November, he opted to say so-long to a number of cars at auction. They included a 2016 McLaren 675LT, 1996 BMW 850 CSI, and a 1967 Ford Mustang 390 GT Fastback "Bullitt."

As for the LaFerrari, there's no price listed. Yet, can you really put a price on a green hypercar with 950 horsepower?