It's been a long time coming, but the first customer examples of the 2020 Toyota Supra have finally begun production. After years of teasing, spy photos, and a debut in Detroit earlier this year, job one is complete.

Toyota made the production announcement official on Sunday and said the first Supra was actually assembled earlier this month, but the automaker didn't give a specific date. It wears VIN ending in 20201, which states the car is a 2020 model year and is the very first for production. Recall, this specific Supra isn't going to a dealership because it was sold at the Barrett-Jackson Scottsdale auction this past January. There, the winning bid was a staggering $2.1 million. All proceeds went to the American Heart Association and the Bob Woodruff Foundation. 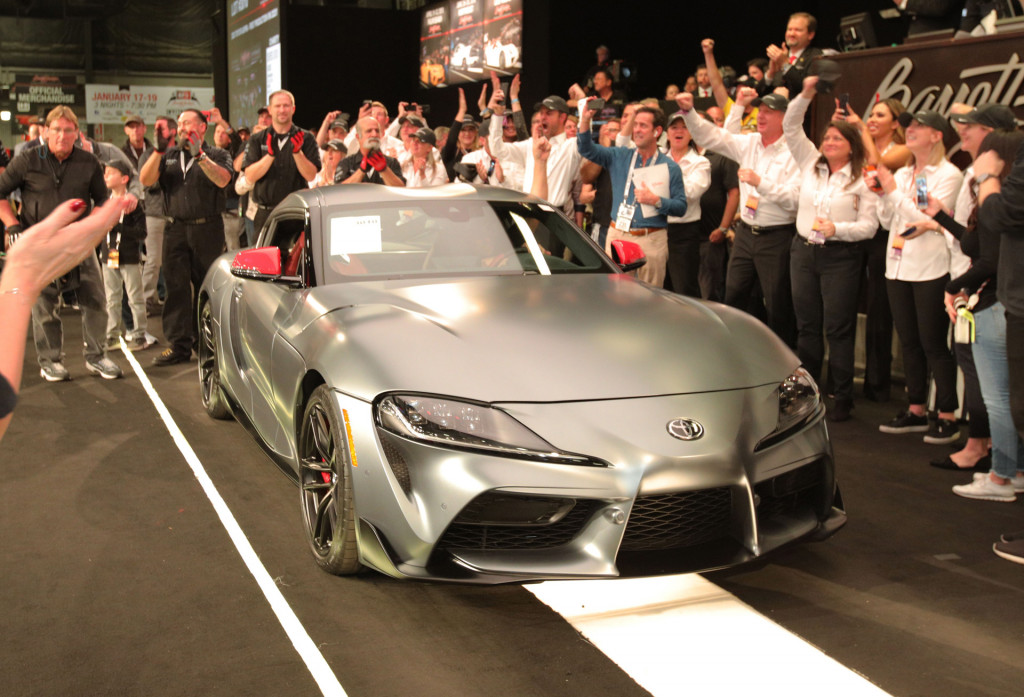 The car itself is a Launch Edition model finished in Phantom Gray with red mirror caps and black wheels. Inside, it boasts red leather upholstery and carbon fiber inserts. Aside from the dash plaque that marks the car as a Launch Edition, the first car also includes an engine cover with the signature of Akio Toyoda, President of Toyota Motor Corporation.

The next 1,499 Supras made will also be Launch Edition cars offered in black, gray, white, or red with identical appointments to the first car, save for Toyoda's signature on the engine cover. 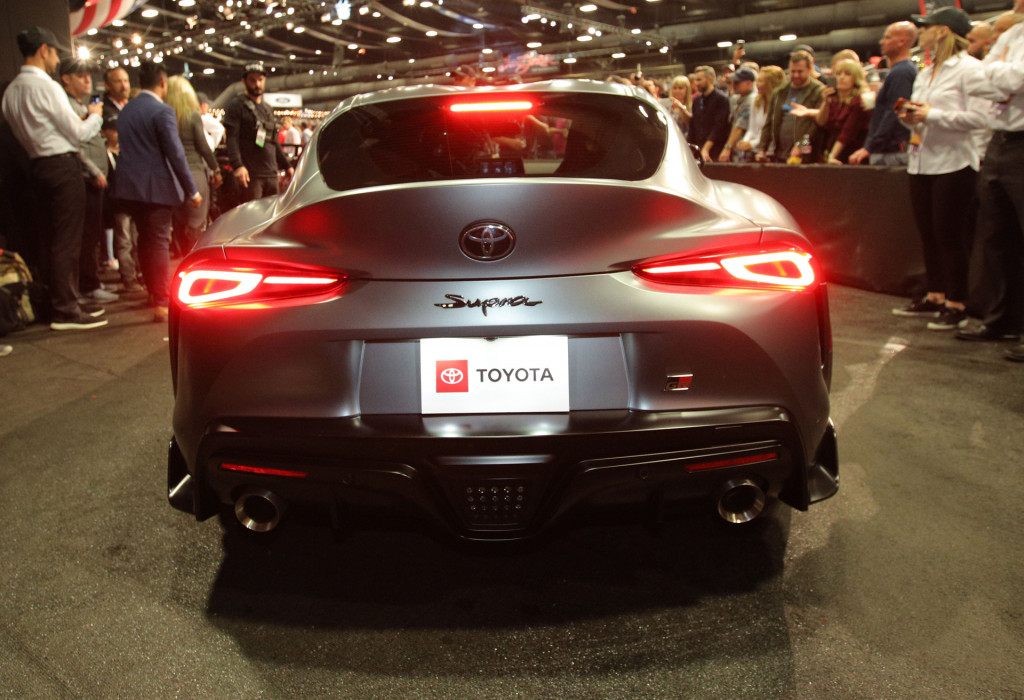 Beyond that, regular versions of the Supra will go into production. Every car features a 3.0-liter turbocharged inline-6 from BMW that makes 335 horsepower.

Production is taking place at the Magna Steyr plant in Austria. There, the Supra will be built alongside its platform mate, the BMW Z4. Toyota said it made sure the plant was up to snuff for Supra production and Toyota engineers from Japan paid the plant several trips to perform quality inspections.