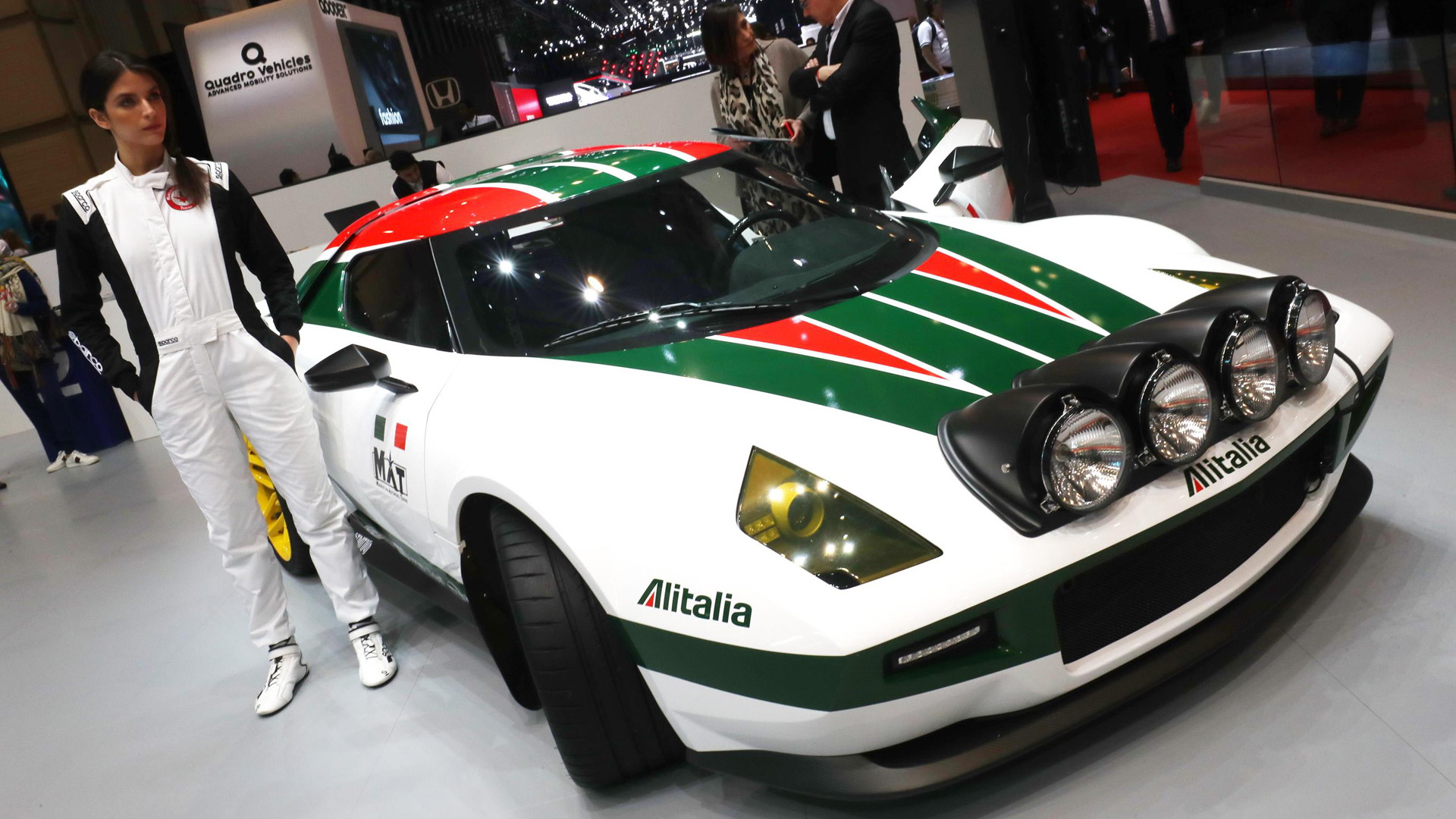 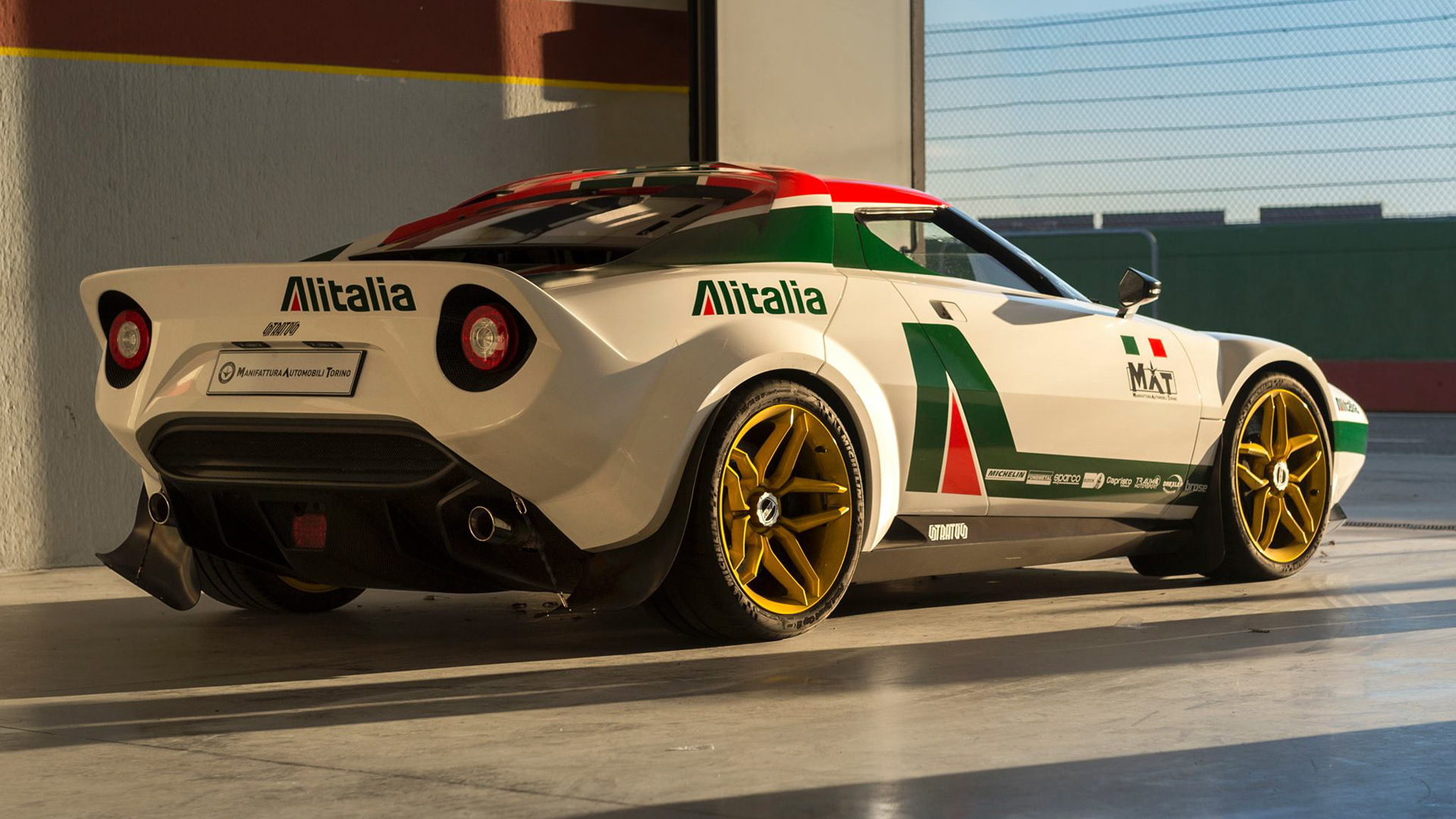 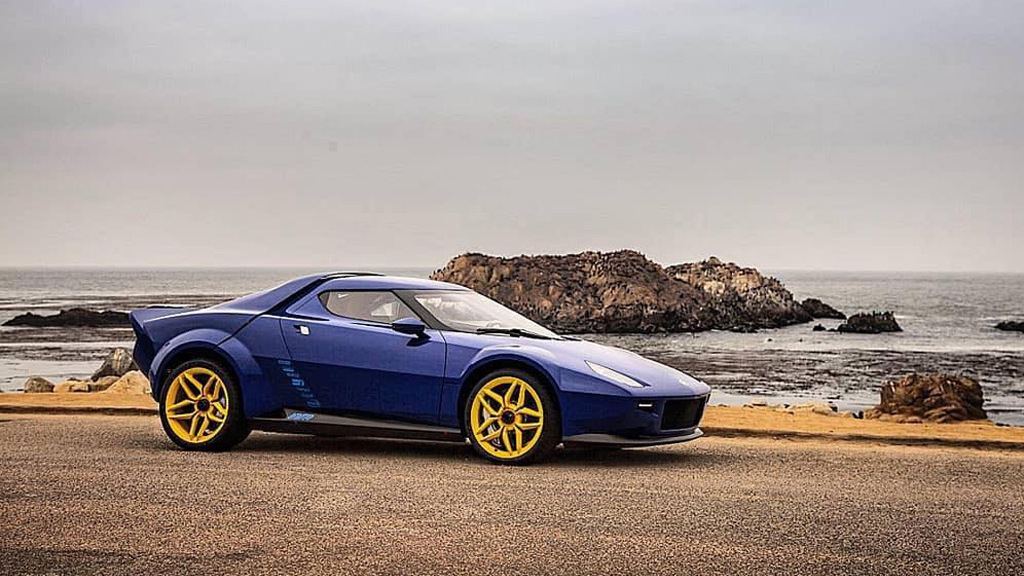 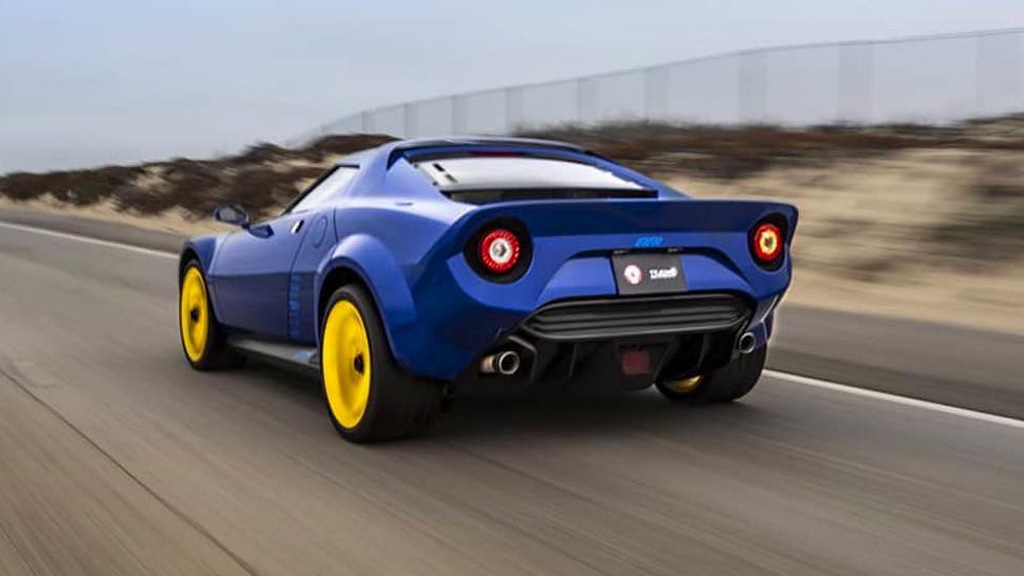 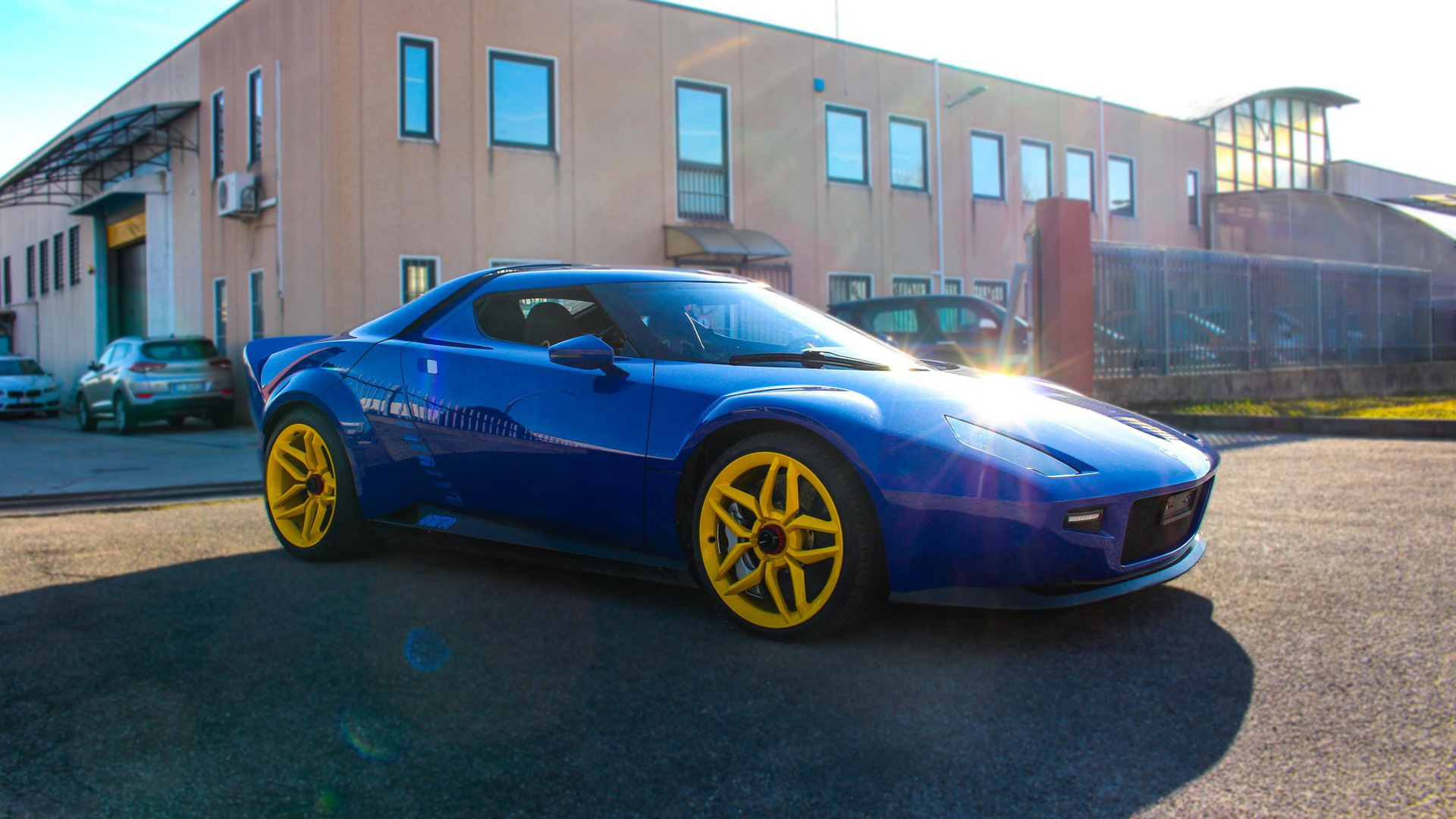 First unveiled in 2010, the New Stratos brought one of the most iconic rally car designs into the modern era.

The project was the dream of Michael Stoschek, a German billionaire with a love of rally cars of the original Lancia Statos' era. He commissioned Pininfarina to build the modern car, which the Italian design house did using the shortened underpinnings of a Ferrari F430 Scuderia.

With Stoschek's permission, Pininfarina was set to build additional examples but Ferrari blocked the project from happening. Now, nine years on, there's a company happy to defy the Prancing Horse.

The company is Manifattura Automobili Torino (MAT), which on Tuesday unveiled its first two customer examples of the New Stratos at the 2019 Geneva International Motor Show, one of them wearing the stunning Alitalia livery that featured on the original Stratos HF rally cars of the 1970s.

MAT is run by Paolo Garella, who previously worked for Pininfarina and was closely involved in the development of the New Stratos. This experience helped ensure that MAT's New Stratos matches the quality of Pininfarina's example delivered to Stoschek a decade ago. MAT plans to build 25 units all up.

Starting with the aluminum chassis of the F430 Scuderia, around 8.0 inches is taken out, mostly from the wheelbase. The resulting length is 164.6 inches. A steel roll cage is then installed and a body made entirely from carbon fiber built around it. The dry weight of the car is 2,750 pounds, with the weight ratio split 44/56 front-to-rear.

Power comes from the F430 Scuderia's 4.3-liter V-8, which in stock form delivers 523 horsepower and 585 pound-feet of torque. MAT can boost this to around 600 hp should the customer desire, however. Drive is to the rear wheels only, via a 6-speed manual or 6-speed sequential transmission, and the car is also fitted with adjustable dampers and Eibach springs, carbon-ceramic Brembo brakes, and 19-inch wheels shod with Michelin Pilot Sport Cup 2. The tires measure a chunky 305/30 at the rear.

As you may have guessed, the car isn't cheap. Customers will need to source their own F430 Scuderia and then pay $617,000 on top for the conversion, which MAT is handling at its facility in Turin, Italy. Customers will also be able to choose whether they want road, rally or “Safari” off-road versions.