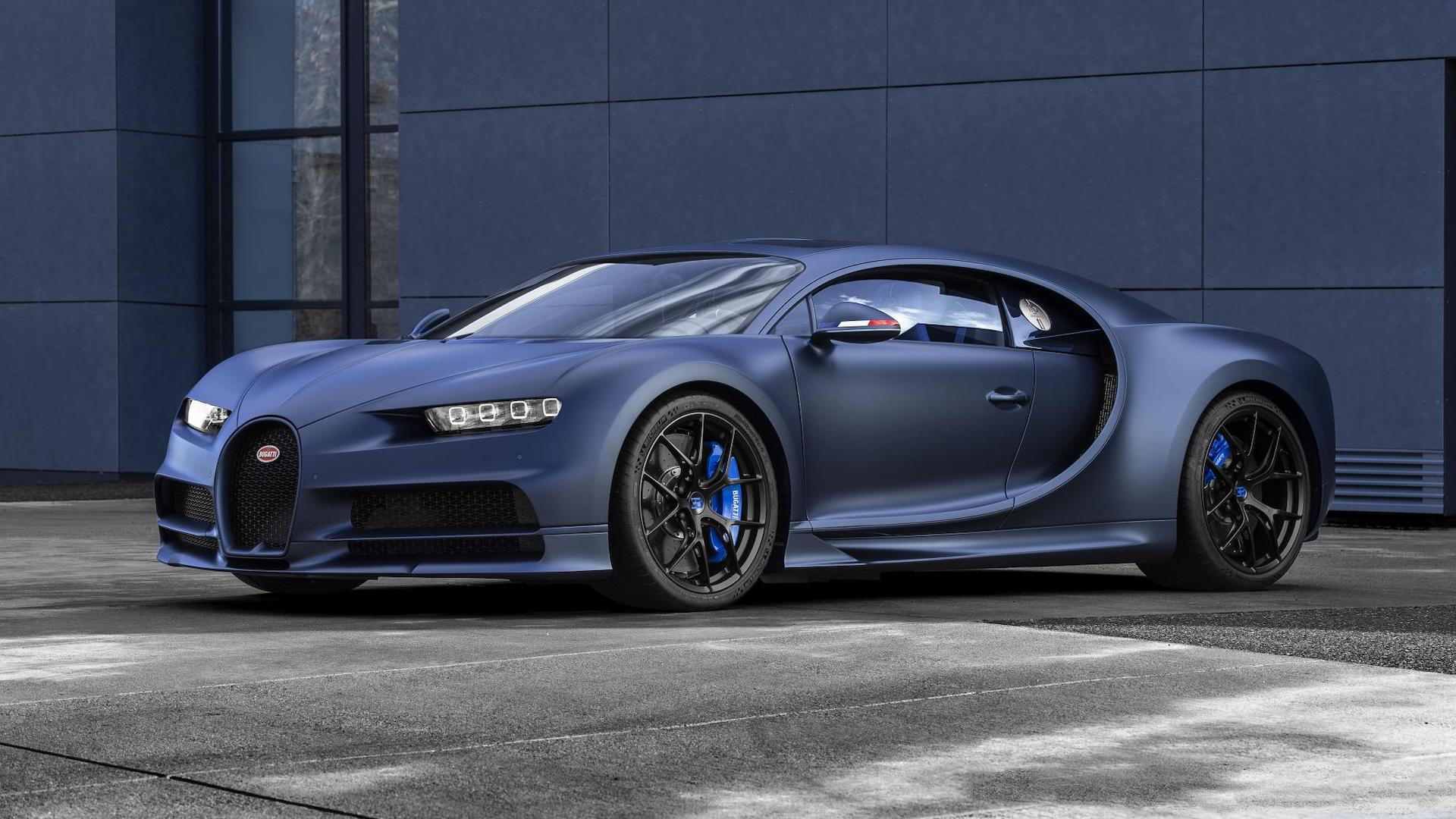 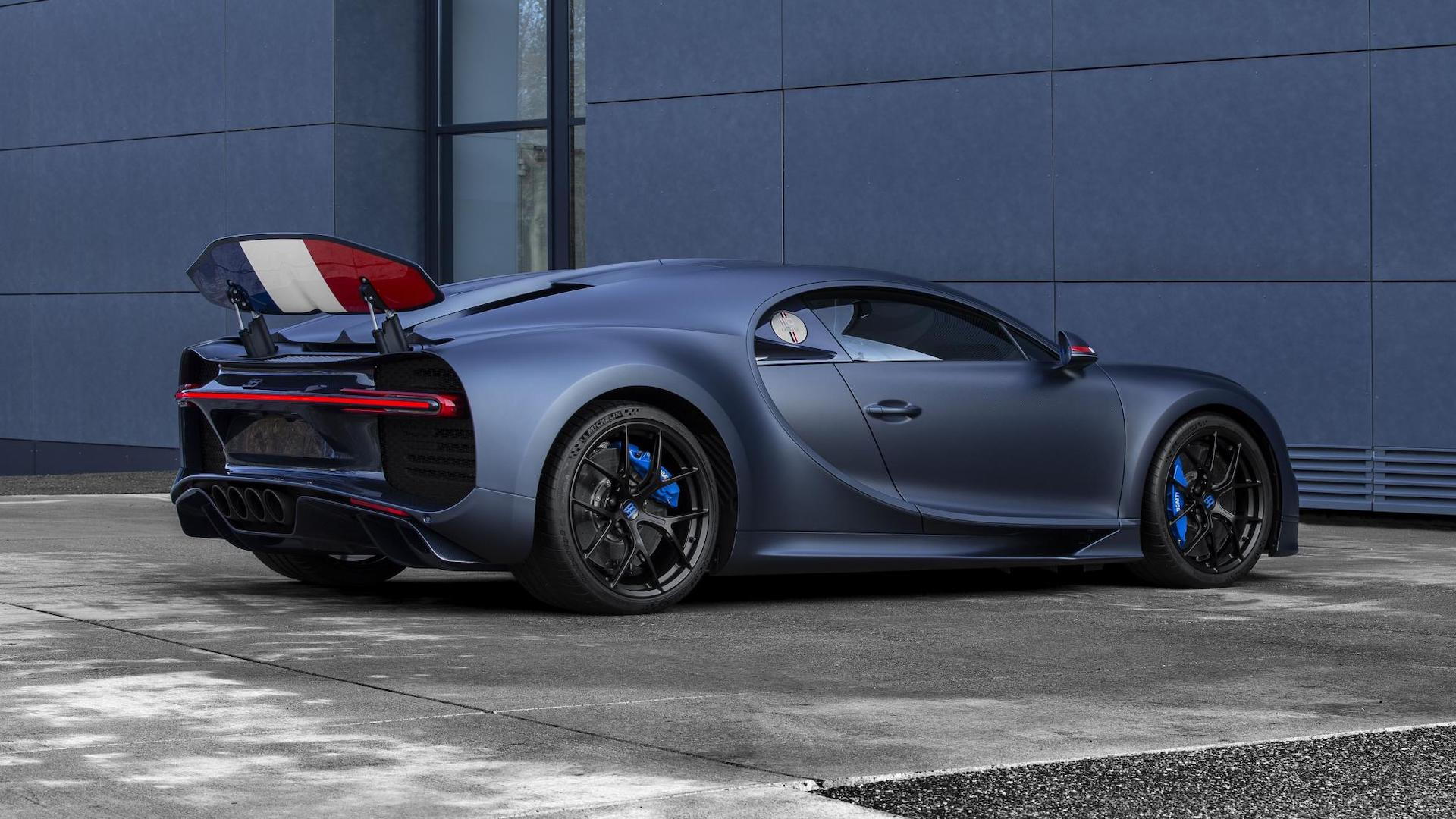 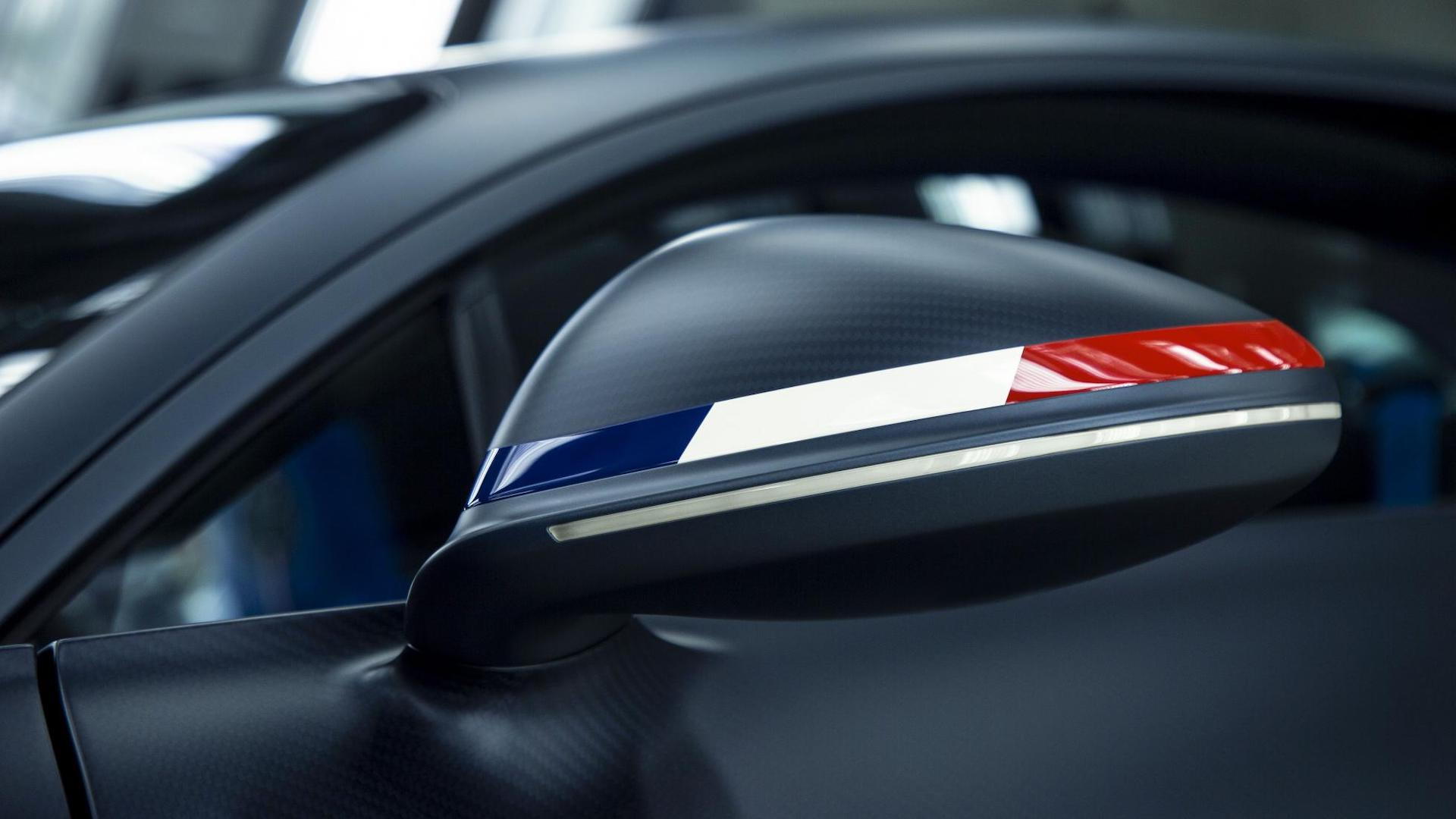 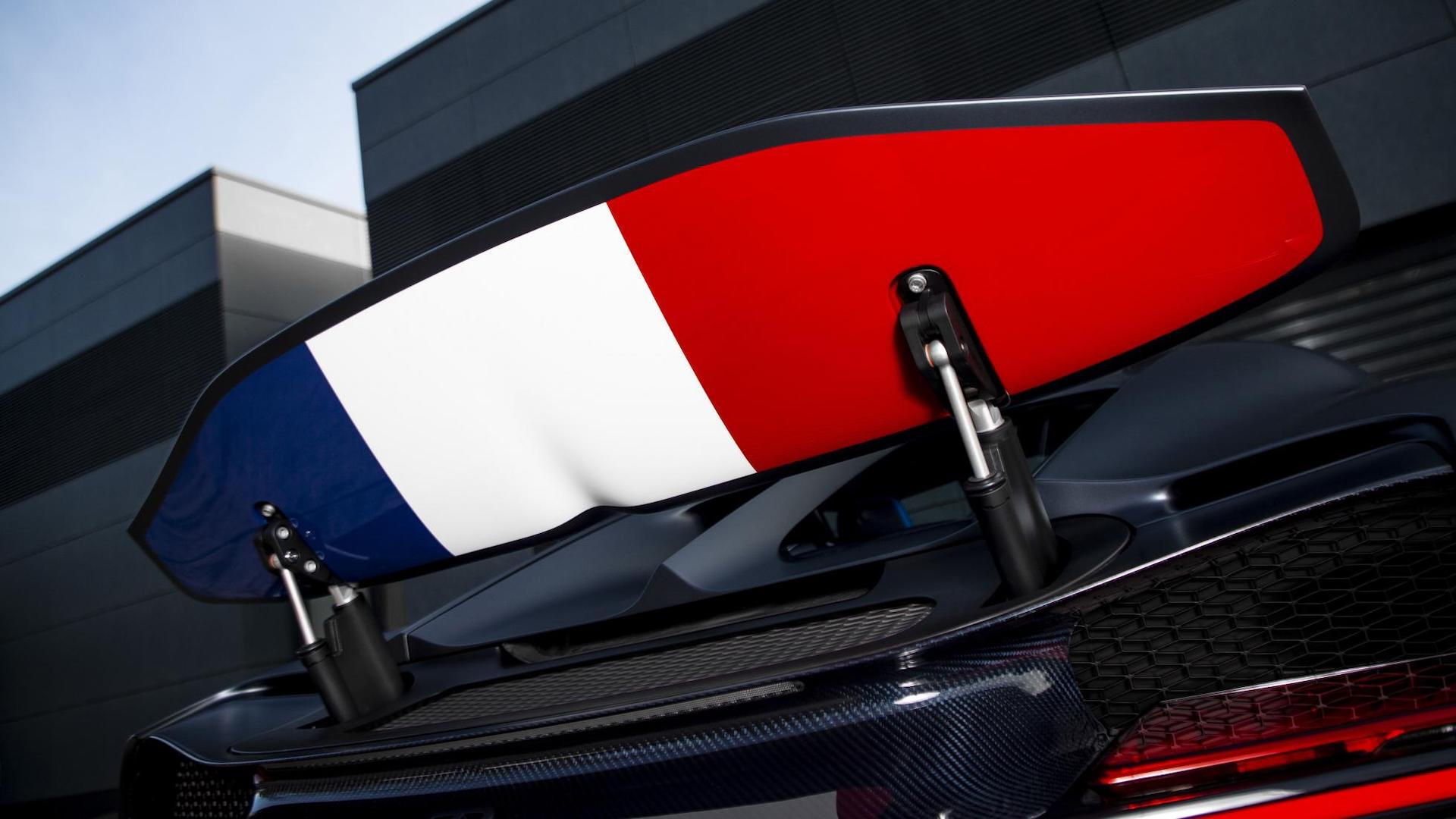 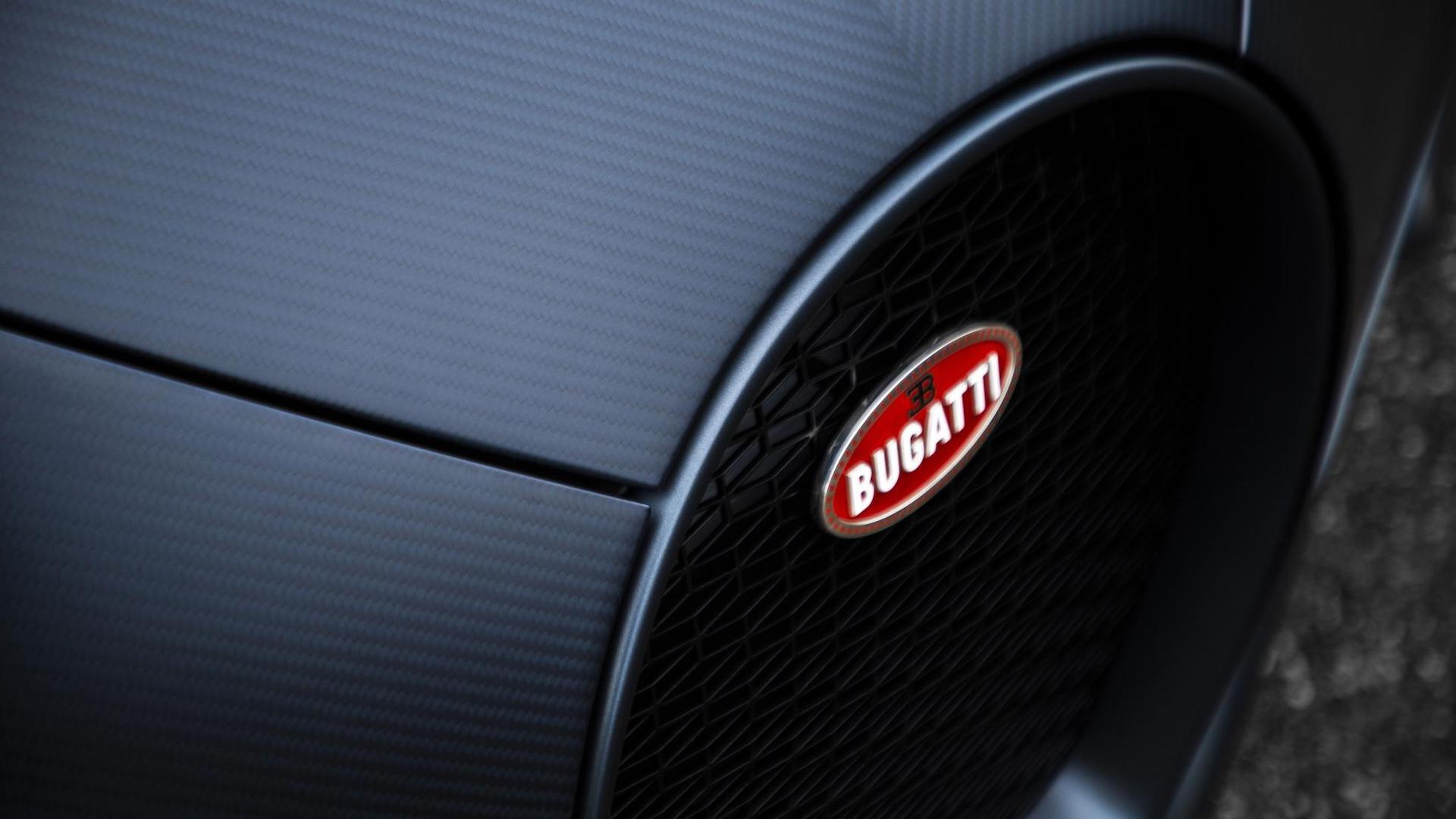 Bugatti is 110 years old this year, and to celebrate, the hypercar maker revealed a special-edition Chiron.

Appropriately called the Bugatti Chiron 110 Ans Bugatti, French for "110 Years of Bugatti,"  the hypercar is all about honoring its French heritage. Although the exterior color is finished in a rather subdued matte Steel Blue, accents pop in French Racing Blue on the brake calipers and shades or blue, white, and red from the French flag.

In fact, the underside of the rear spoiler proudly displays the French flag, signaling a patriotic salute every time it activates to provide extra aero for the driver. The mirror caps also feature the French flag's colors, though, the colors are mirrored on the passenger side. Bugatti said in its announcement this follows the form of official French vehicles, which ensure the flag's blue portion is to the fore on both sides of the car.

Other areas of the Chiron 110 Ans Bugatti are finished in exposed carbon fiber, finished in Steel Blue Carbon. Bugatti added the exterior color scheme is reminiscent of 1920s prestige and exclusiveness with minor contrasts from matte and glossy carbon fiber, specifically on the rear bumper and wing.

The wheels are treated to a matte black finish and the exterior earns "110 ans Bugatti" badges.

Inside, French Racing Blue covers the seats, which are also sewn with "110 ans Bugatti" logos with the French flag running vertically down the entire seat. A 12 o'clock mark sits on the steering wheel finished in matte carbon fiber and blue leather. The lightweight material is also found on numerous trim pieces, while the rest of the interior is treated to Deep Blue leather. Inside the center console sits a medallion made of solid silver and enamel inserts, which sits on a carbon-fiber plate.

What the car doesn't have is more power, but never fear. The same 8.0-liter quad-turbo W-16 engine is present with 1,480 horsepower, which will take the Chiron to a governed top speed of 261 mph.