Italdesign has a new car coming and the firm has kicked off a teaser campaign.

Italdesign posted the first teaser to its Facebook page on January 14 and said it will share new details every week until the car debuts on March 5 at the 2019 Geneva International Motor Show. 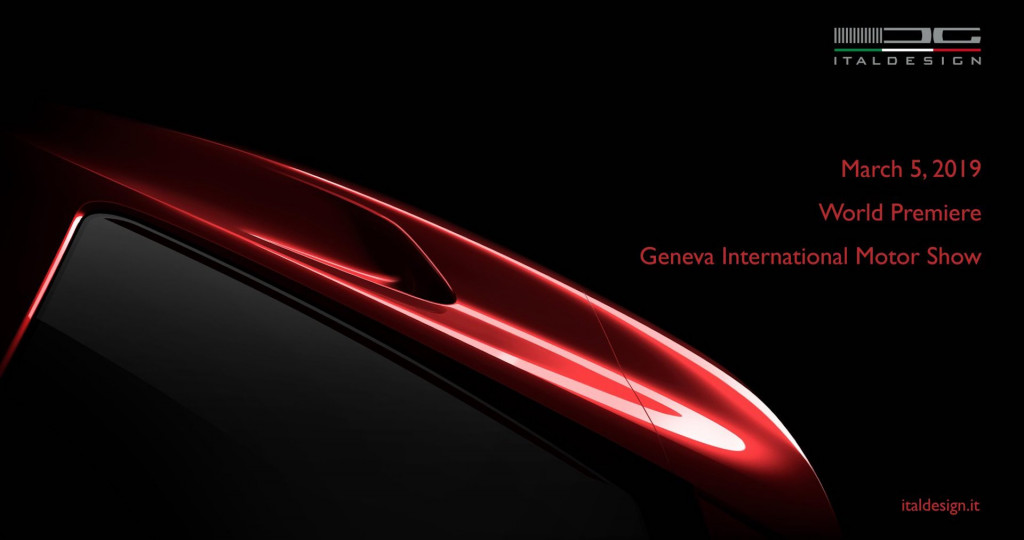 So far, Italdesign has shared two teasers. The first really doesn't show much at all save for part of the car's sheet metal finished in a wonderful red color.

The second teaser gives us more clues. While we can't say for certain this will be a supercar, it does appear Italdesign has one planned. The video follows the camera as it appears to pan from nearly the car's underside to the rear. The view we're treated to almost reminds us of the second-generation Ford GT's flying buttresses, and the final shot clearly displays a rear spoiler and thin lightbar before zooming into the Italdesign badge. Again, we won't commit to calling whatever the firm has planned a supercar just yet.

Further, we have zero clue what will power the mysterious car. Italdesign's last road car, the Zerouno, was largely based on the Lamborghini Huracán and Audi R8. Thus, it borrowed the cars' 5.2-liter V-10 engine. Italdesign also picked both cars' all-wheel-drive system from the VW Group parts bin. Perhaps the next car will share something with the Aventador, if it is, in fact, another supercar. That's us simply taking a shot in the dark, however.

We'll know more in the weeks to come as Italdesign shares more information, and we'll report on the full details when the car debuts in less than a month.