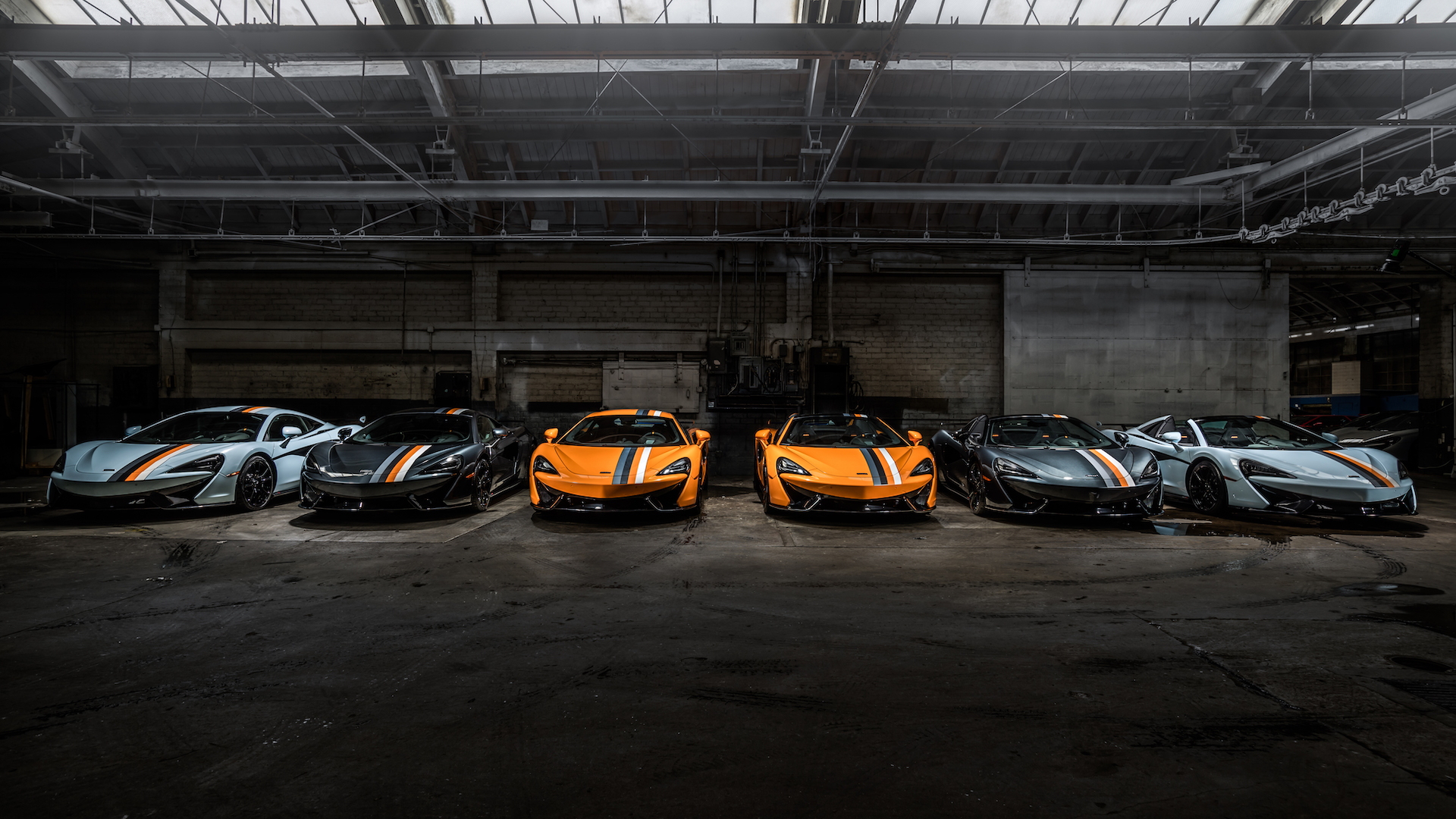 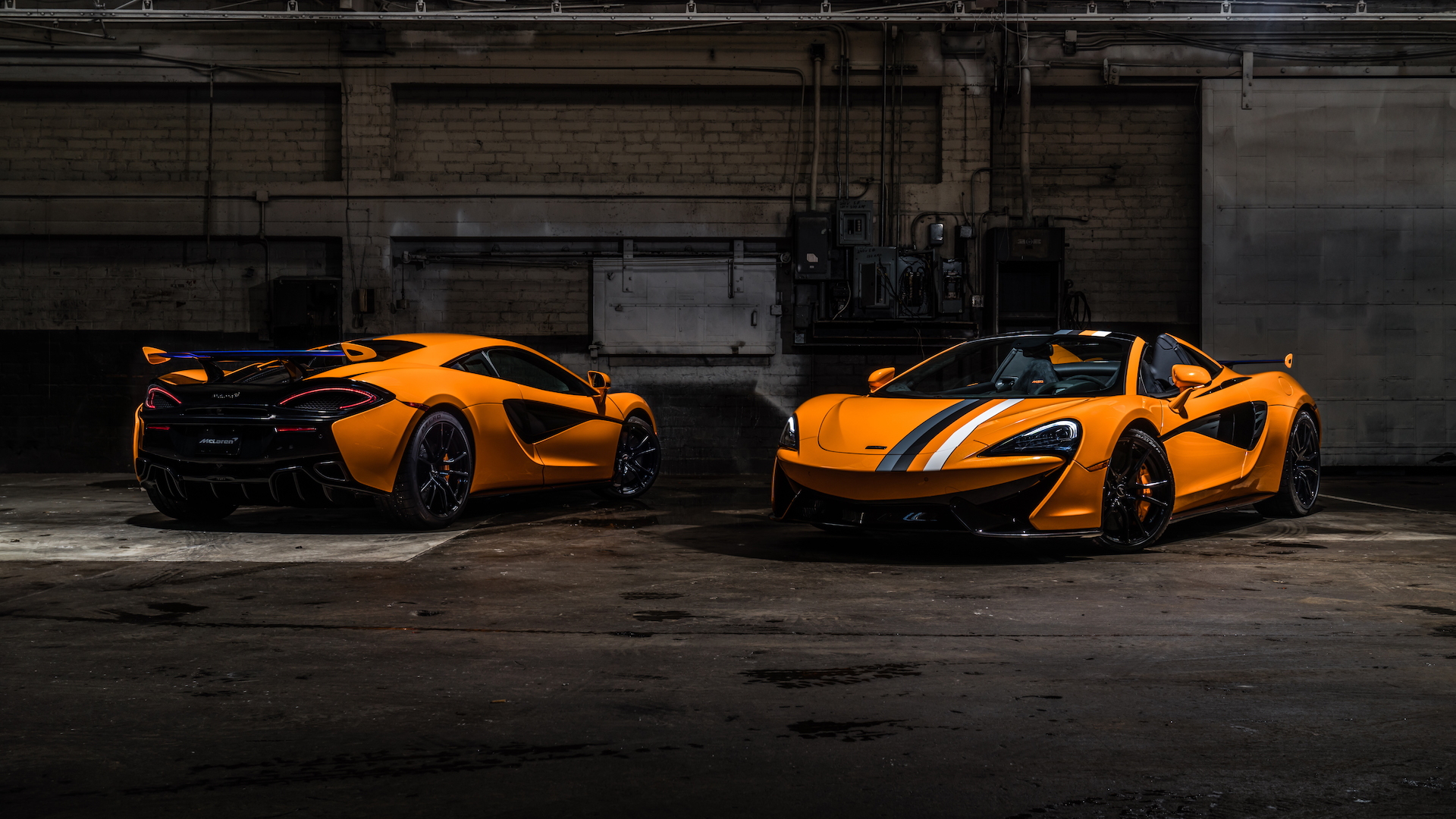 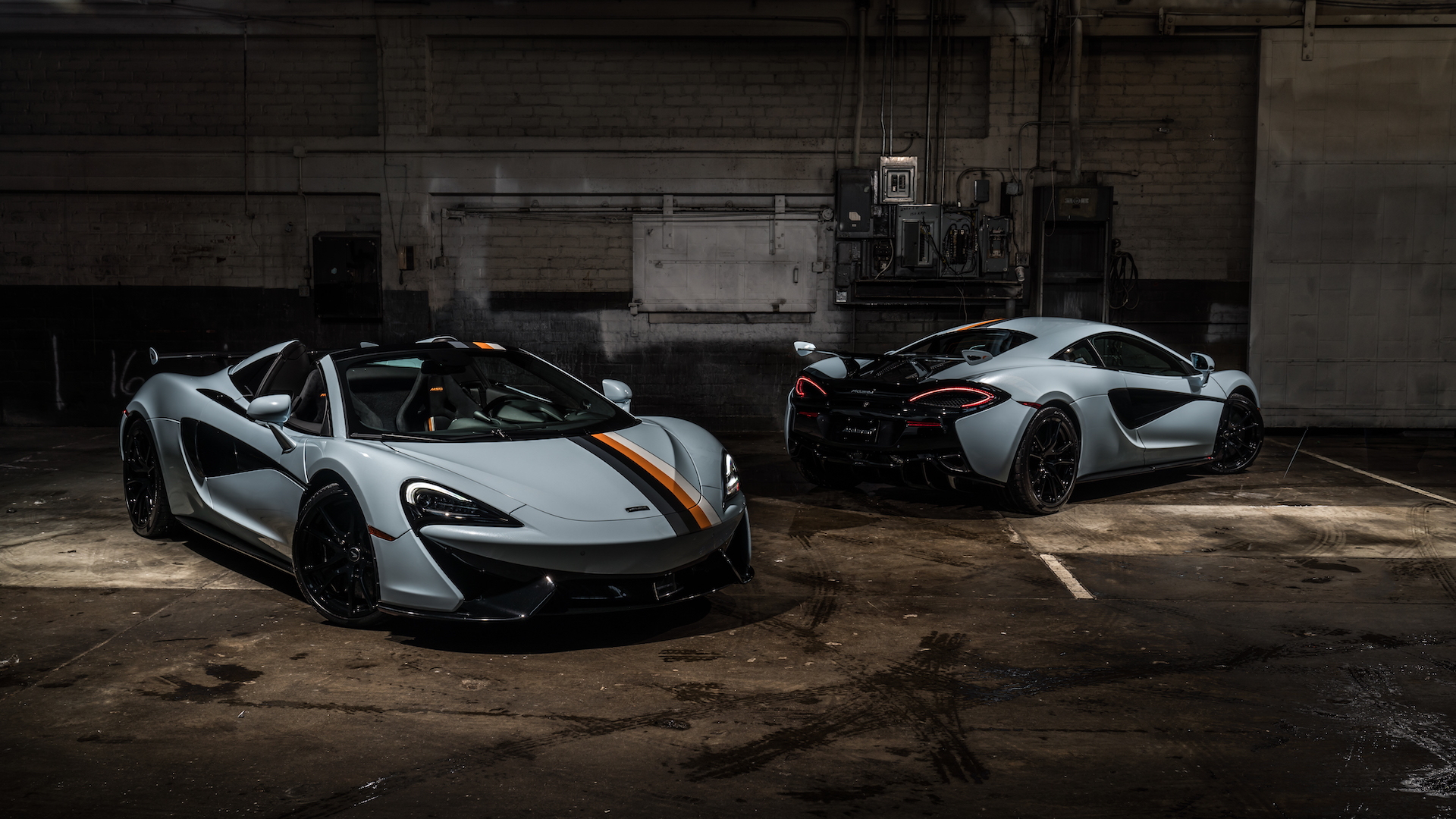 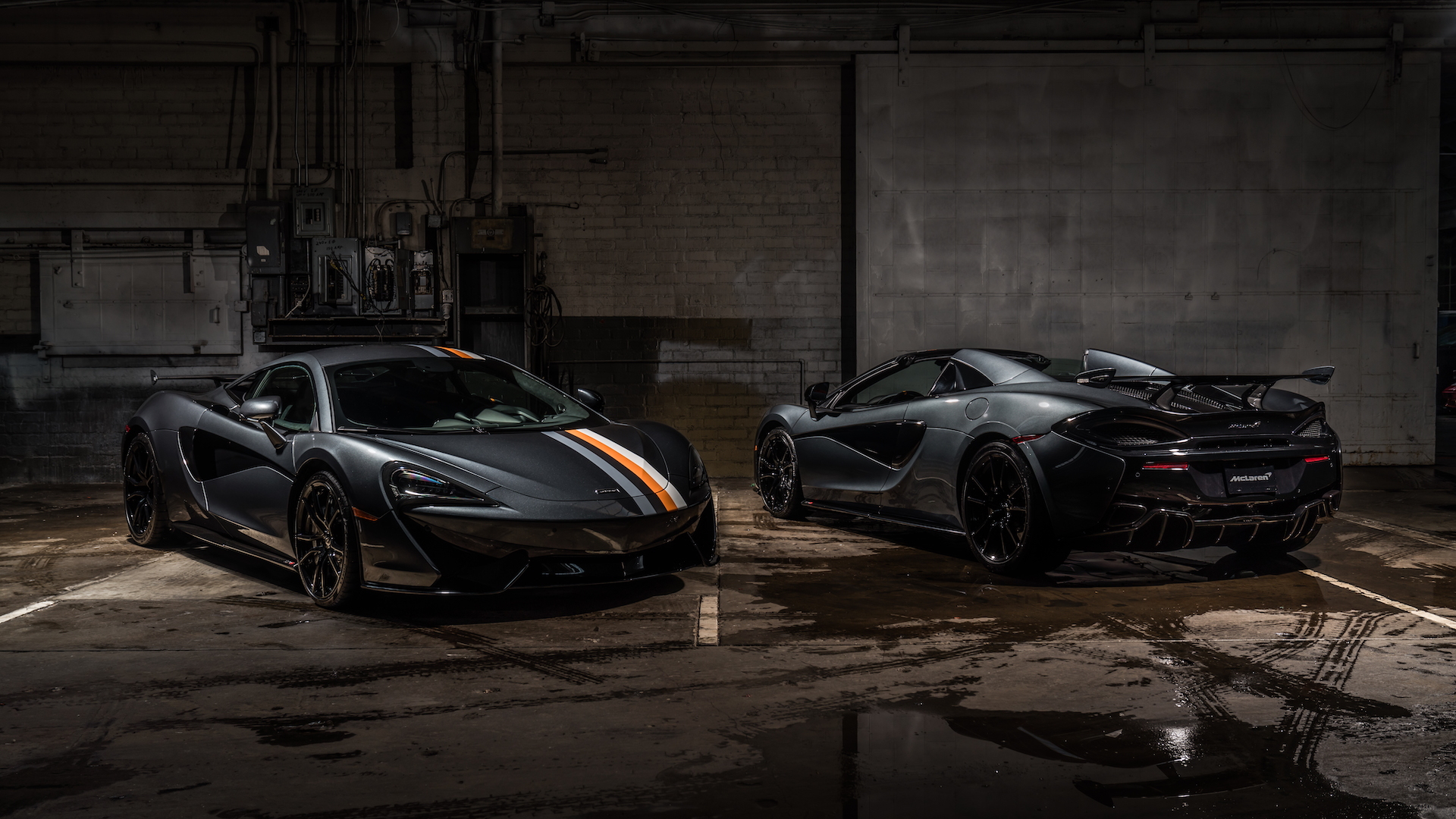 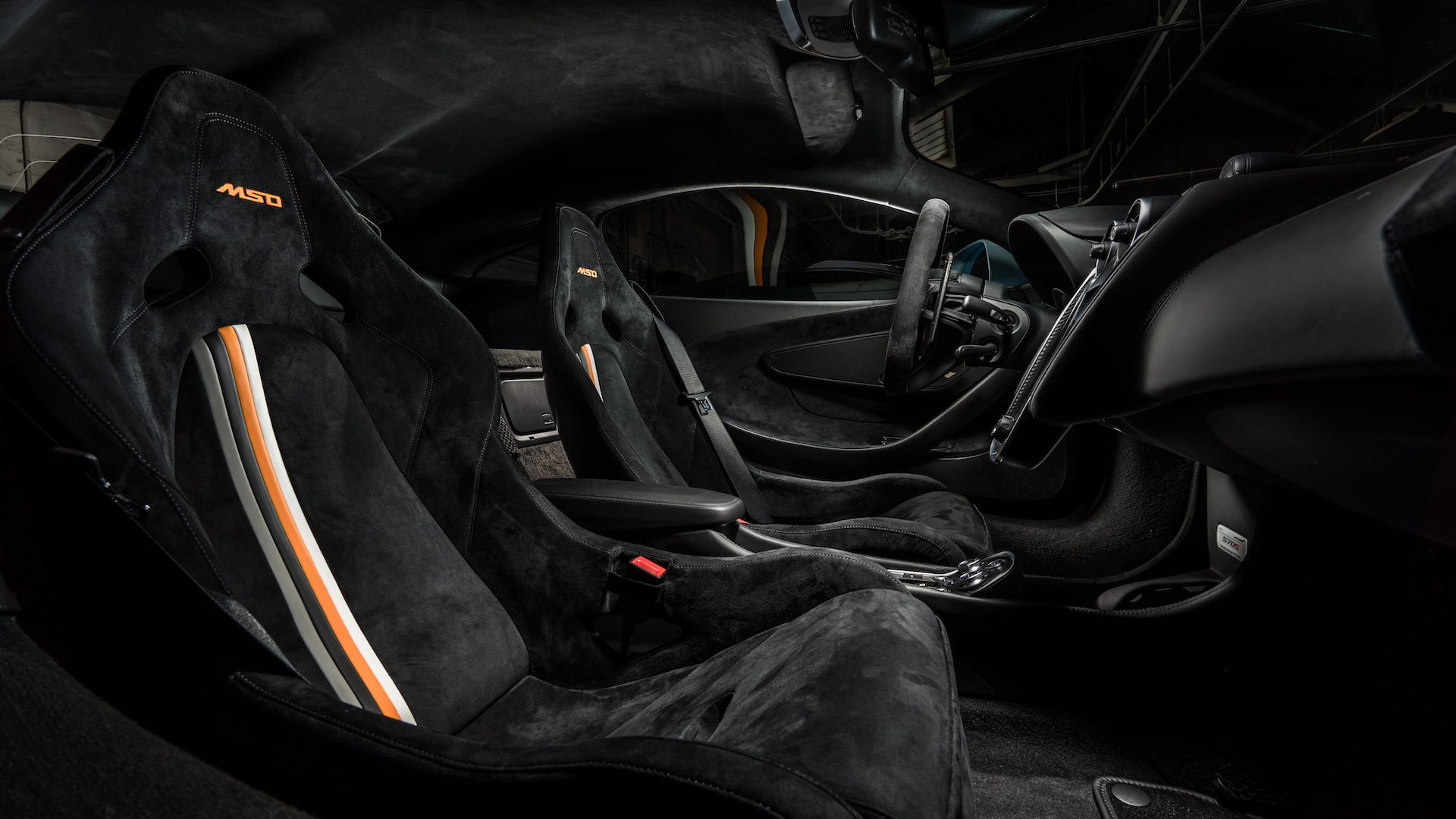 McLaren and the McLaren Special Operations personalization department on Wednesday revealed a handful of special-edition cars.

The company debuted the McLaren 570S Muriwai, Papaya Spark, and Sarthe Gray, each of them marking a specific time period in McLaren's racing history—a collection the company calls "Racing Through The Ages."

The 570S Muriwai is meant to recall company founder Bruce McLaren's first racing endeavors in New Zealand. Muriwai White exterior paint covers the car, which takes inspiration from Muriwai Beach in New Zealand. There, Bruce McLaren competed in his first race at the age of 15. McLaren himself also named the house he built in Woking, United Kingdom, "Muriwai," which featured blue shutters. Blue accents extend throughout the car to honor the paint scheme.

In McLaren's next honored racing age, the second 570S, the Papaya Spark, gets its name from the exterior hue that goes by the same name. The company said the color is an extension of the Papaya color Bruce McLaren used for his racing cars in the 1960s and 1970s. The car's rear wing is finished in blue to honor the similar blue wings early McLaren race cars wore.

Each theme features the motif finished on one 570S coupe and one 570S spider for six cars total. And each car receives a GT4 racing stripe and rear wing from MSO. Special 10-spoke forged wheels and an MSO titanium SuperSports exhaust rounds out the exterior modifications.

Inside, each car carries the GT4 stripe through their seats' backrests and receives a McLaren Orange 12 o'clock mark on the steering wheel. A dedication plaque is also present inside to mark each car's significance as one of six cars.

Pricing for the special editions isn't available, but those interested in owning some of the coolest 570S special edition cars we've seen yet can visit McLaren Beverly Hills, the exclusive dealer for the cars.