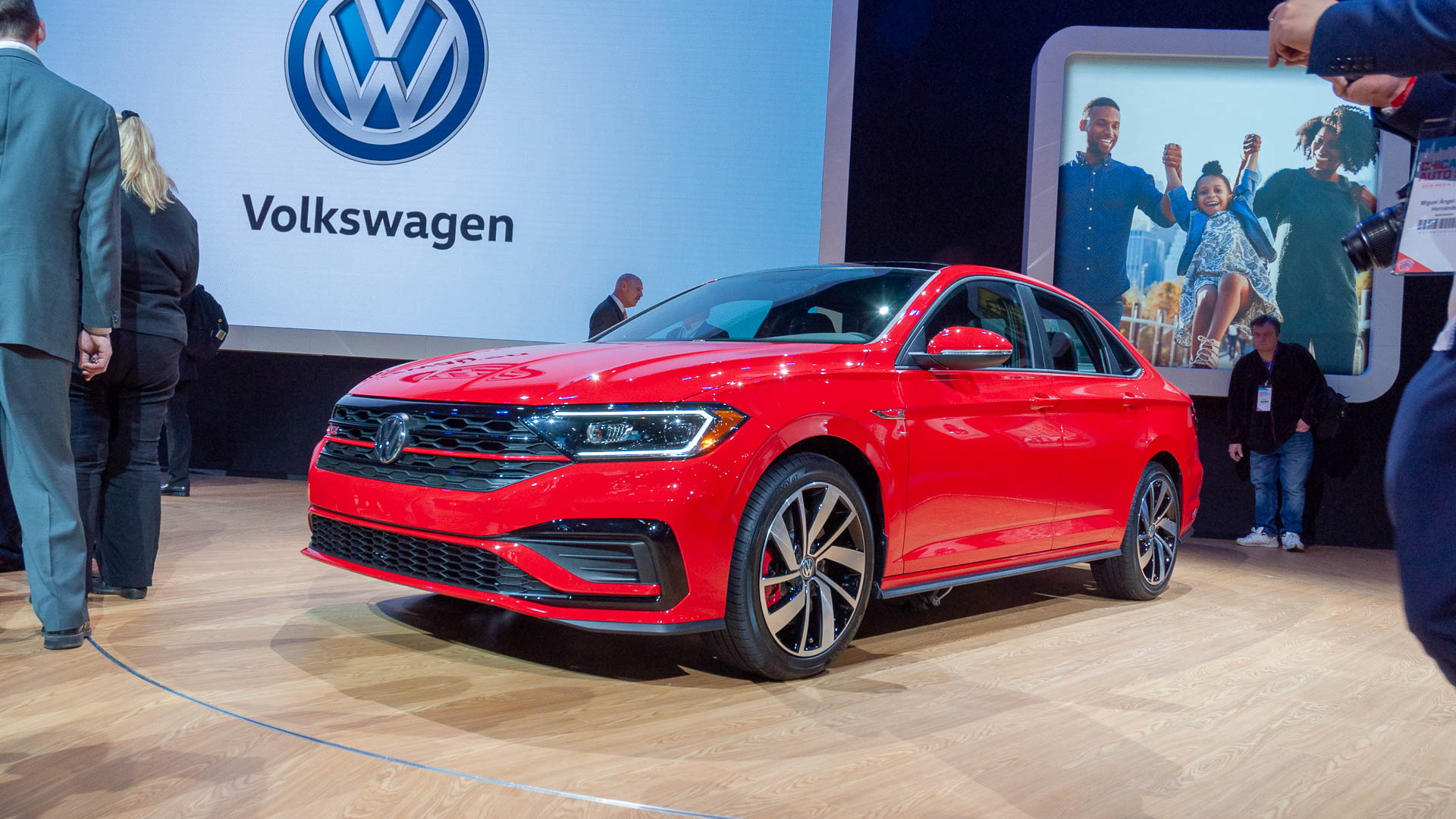 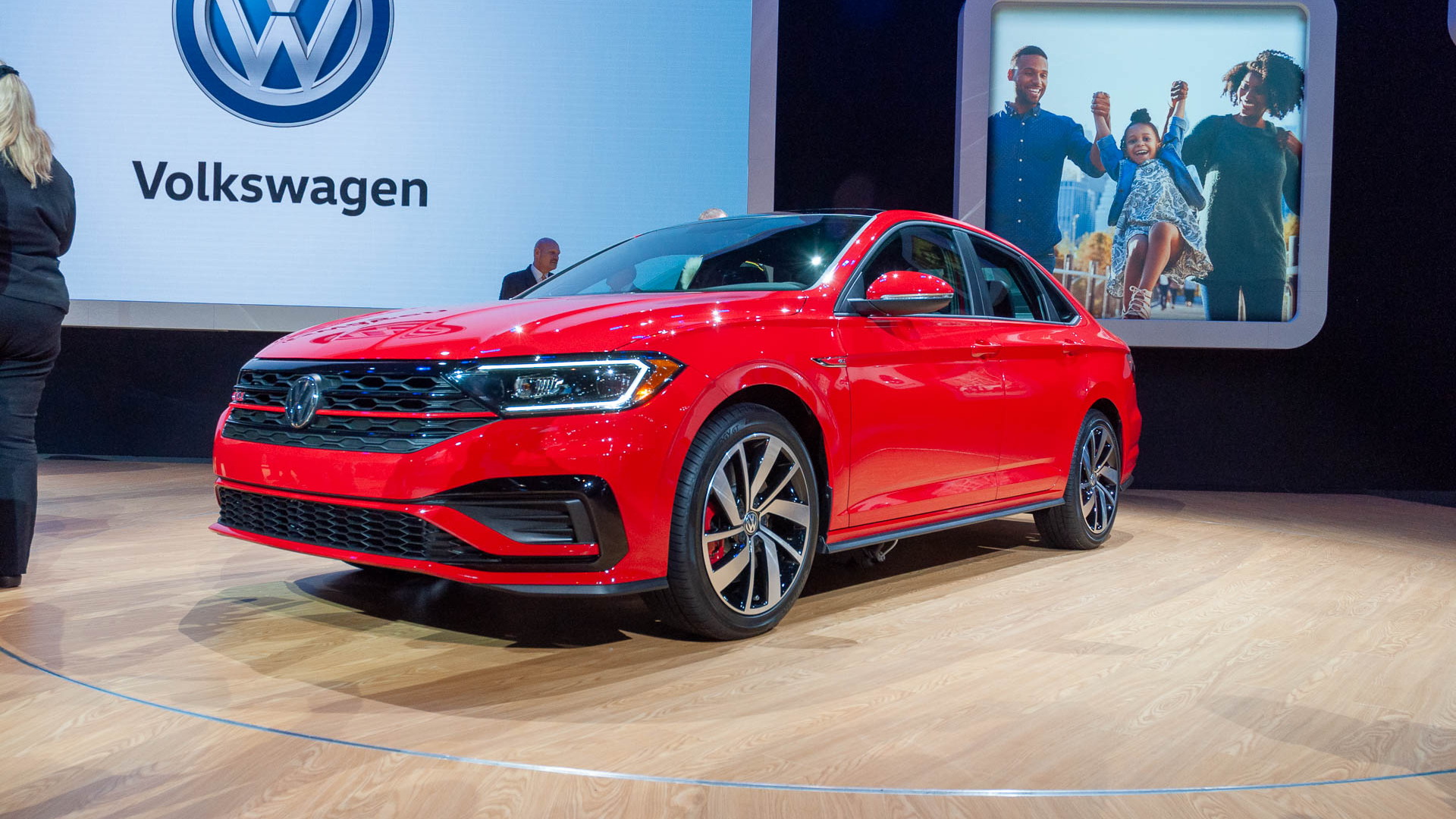 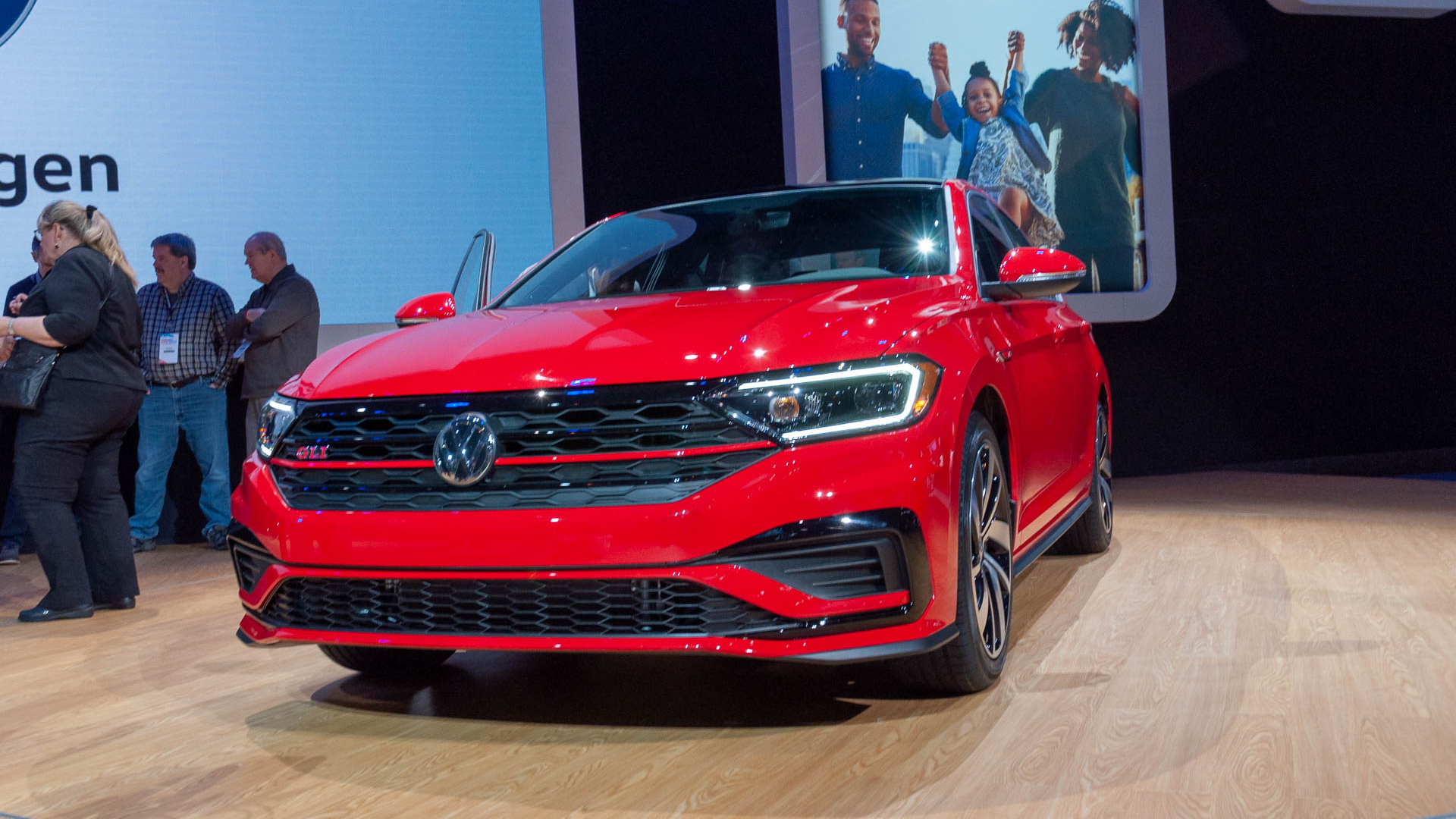 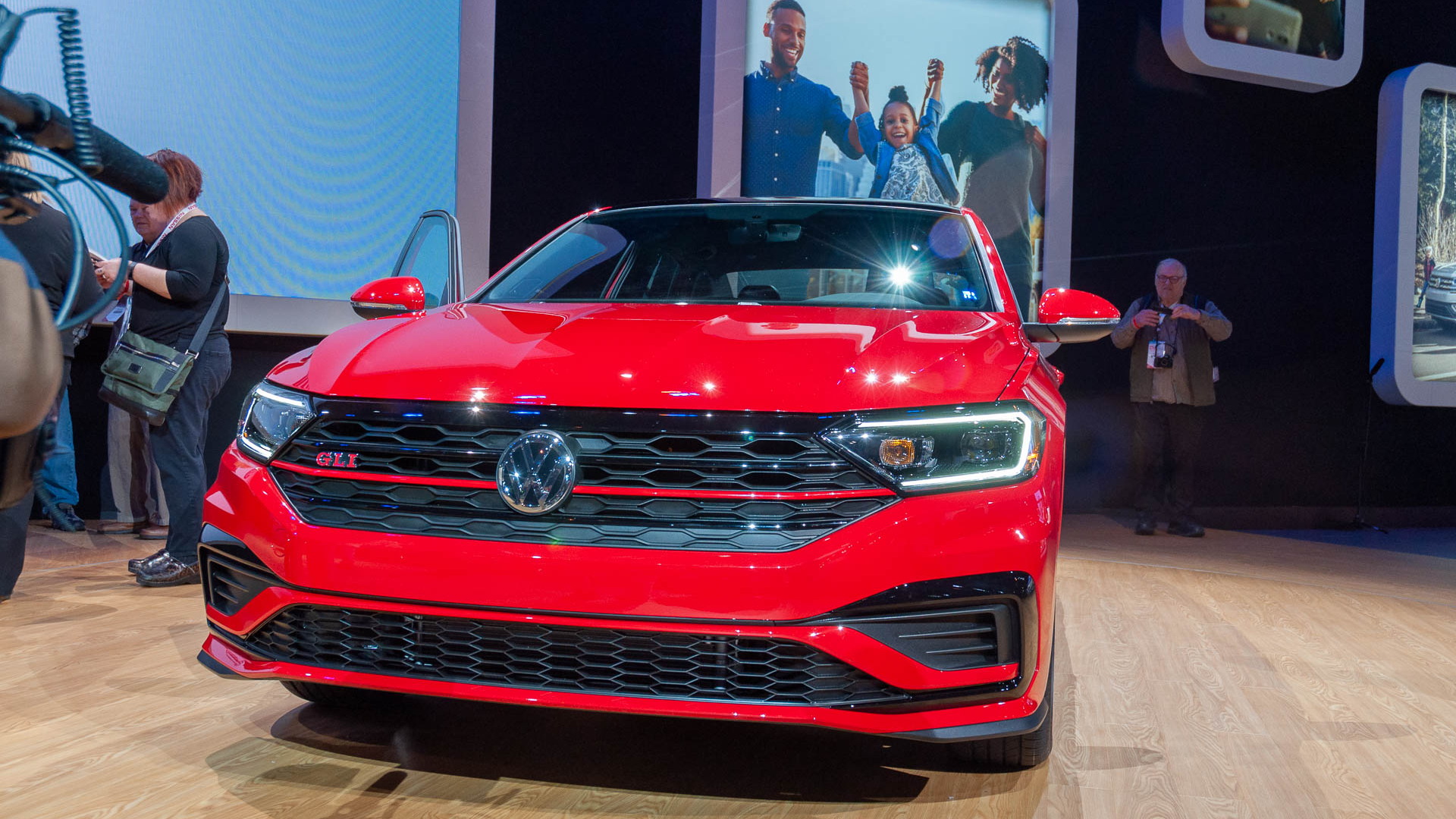 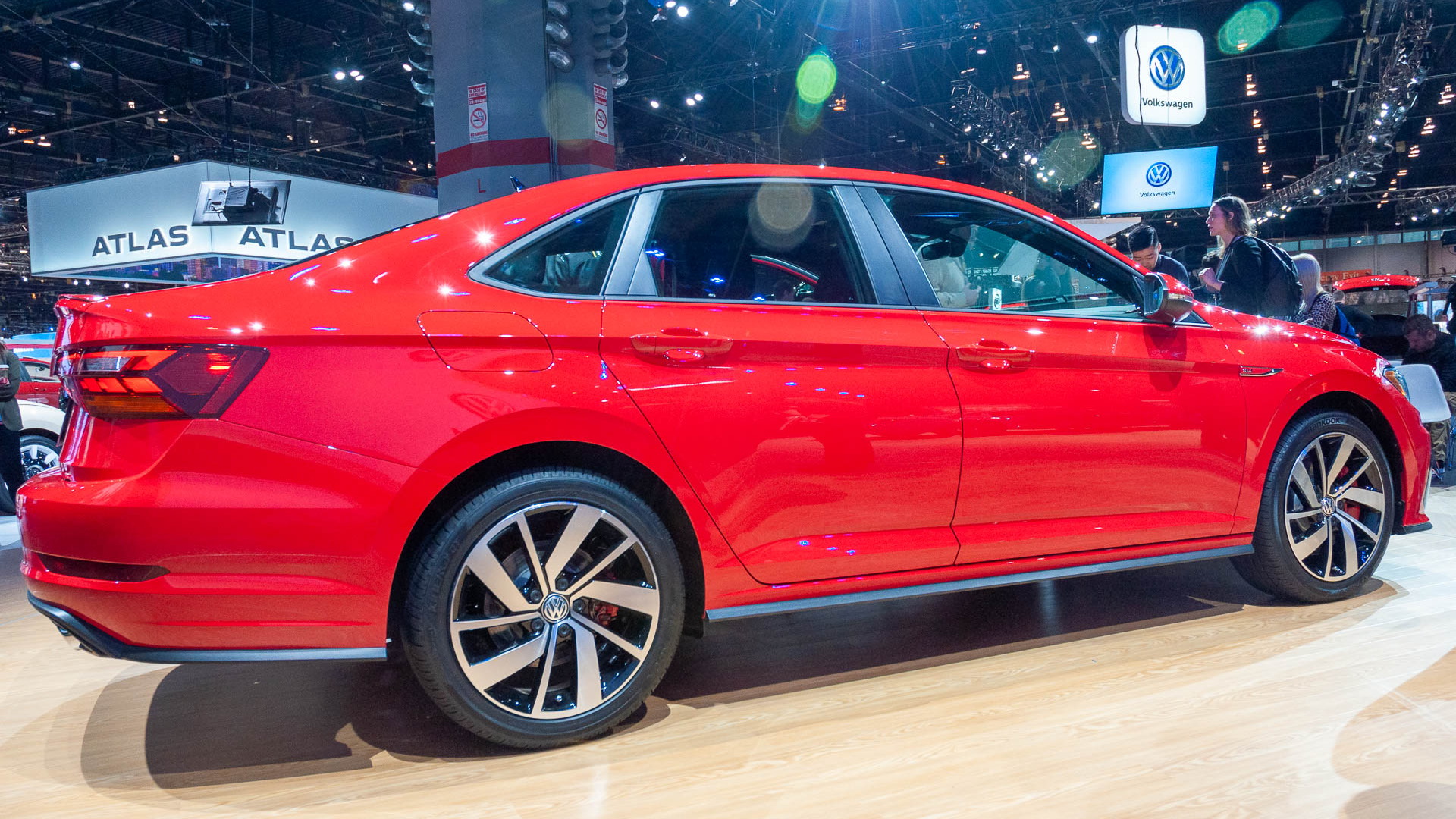 Volkswagen launched a new generation of the Jetta compact sedan for 2019 but the version we're most interested in is only making its appearance now.

We're talking about the new Jetta GLI sport sedan, which was unveiled Thursday at the 2019 Chicago Auto Show.

The Jetta GLI is essentially the GTI package wrapped in a compact sedan body. As such, it packs a 2.0-liter turbocharged inline-4 making 228 horsepower and 258 pound-feet of torque. Those numbers are up 18 and 41, respectively, on the power and torque figures for the outgoing model.

Power is to the front wheels only, either via a standard 6-speed manual or available 7-speed dual-clutch transmission. Performance numbers haven't been released but count on the 0-60 mph sprint registering in the low 6.0 seconds.

To get the power down, there's a limited-slip differential and independent suspension. The suspension, a sport-tuned, strut-type design, lowers the ride height 0.6 inches compared to the standard Jetta.

When it comes to slowing down, the Jetta GLI benefits from the same brakes used in the more powerful Golf R. You'll find 13.4-inch vented discs up front, housed within 18-inch wheels unique to the model.

You'll easily spot the Jetta GLI by its more aggressive front fascia design, which incorporates a black honeycomb grille. At the rear, you'll find a subtle spoiler and dual exhaust tips with a chrome finish. LEDs are also used for both the head and taillights.

To mark the launch, VW will offer a special 35th Anniversary model. This will come with black wheels with a red stripe, a black roof, black mirror caps, a black rear spoiler, and special badging inside and out. VW's DCC adaptive dampers will also be fitted as standard on the special model. The feature is available on regular Jetta GLIs, as is a digital instrument cluster, panoramic sunroof, and BeatsAudio sound system.