GM Authority first reported on the XT4 V-Sport rendering on Thursday. The image shows the compact crossover with some very muscular hips and a typical V-Sport badge. Of the design sketches and renderings shown on the website, this photo is the only one with the V-Sport badge sitting on the crossover's rear.

Motor Authority reached out to Cadillac for comment on the rendering but we were told the brand does not comment on future product. 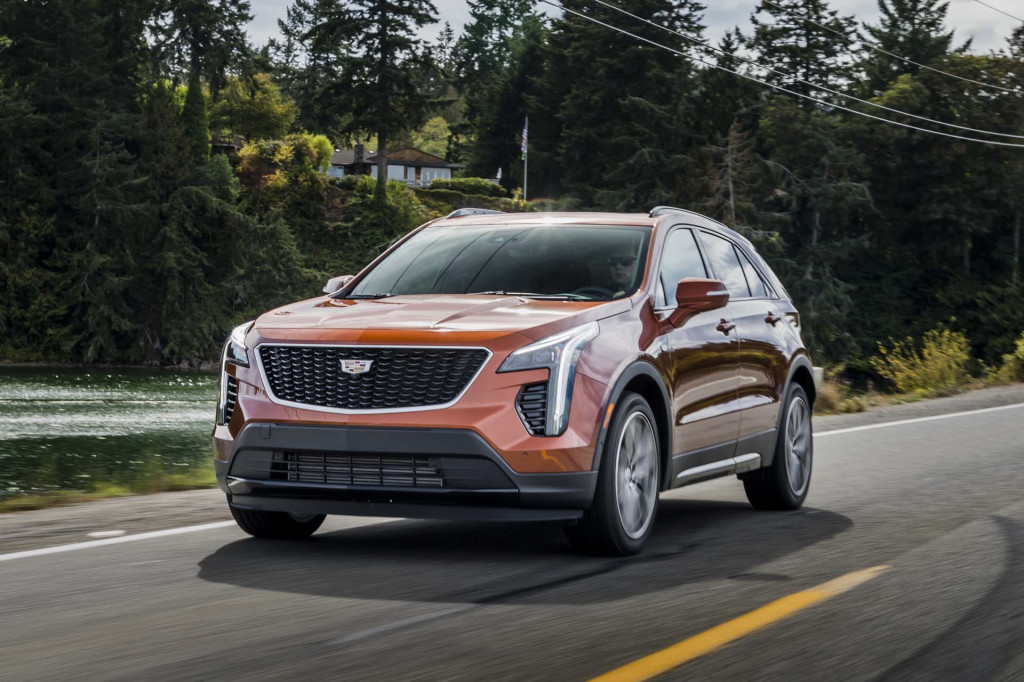 Other photos show a similar design to the rendering with exaggerated wheel flares, but the V-Sport photo also includes massive dual exhaust tailpipes. It's unlikely the production V-Sport will deviate much from the standard car's design, but we should expect an edgier design with typical V-Series performance traits. What remains a mystery is what will power the XT4 V-Sport.

The model will become the first Cadillac crossover to wear a V-Sport badge, but it will have plenty of established competition from German rivals. Currently, the regular XT4 employs a 2.0-liter turbocharged inline-4 engine making 235 horsepower and 258 pound-feet of torque. Those figures will need to climb significantly to challenge other compact performance crossovers. However, we're talking V-Sport, not a full-blown XT4-V. Think of V-Sport as an alternative to Audi's S line or BMW M Performance.

Nevertheless, we could see the XT4 V-Sport coming with around 300 hp. It's unclear what engine Cadillac engineers have planned, but General Motors' new 2.7-liter turbocharged inline-4 engine could do the trick. In the 2019 Chevrolet Silverado, the engine makes 310 hp, and this would certainly put the XT4 in the hunt.