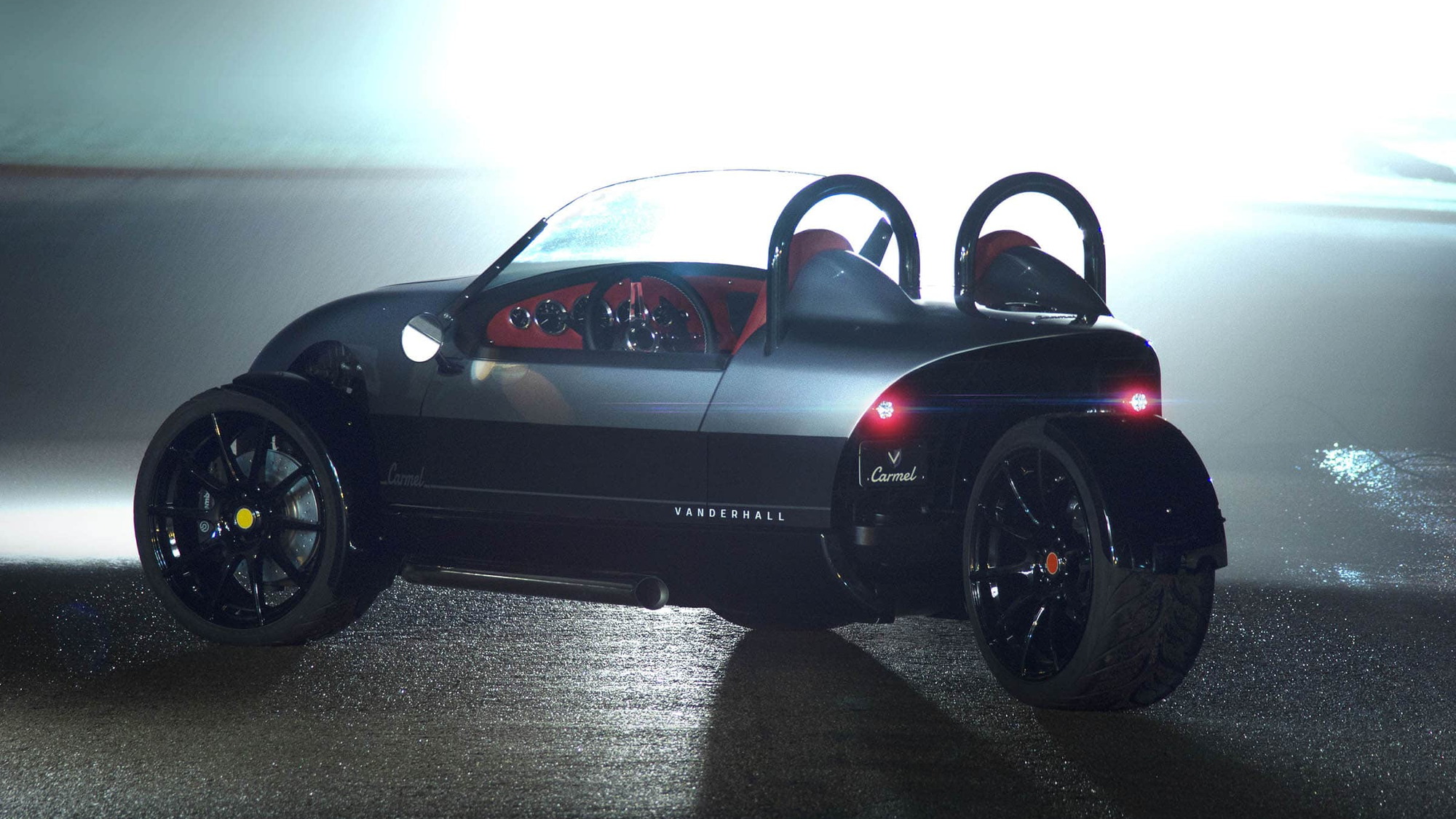 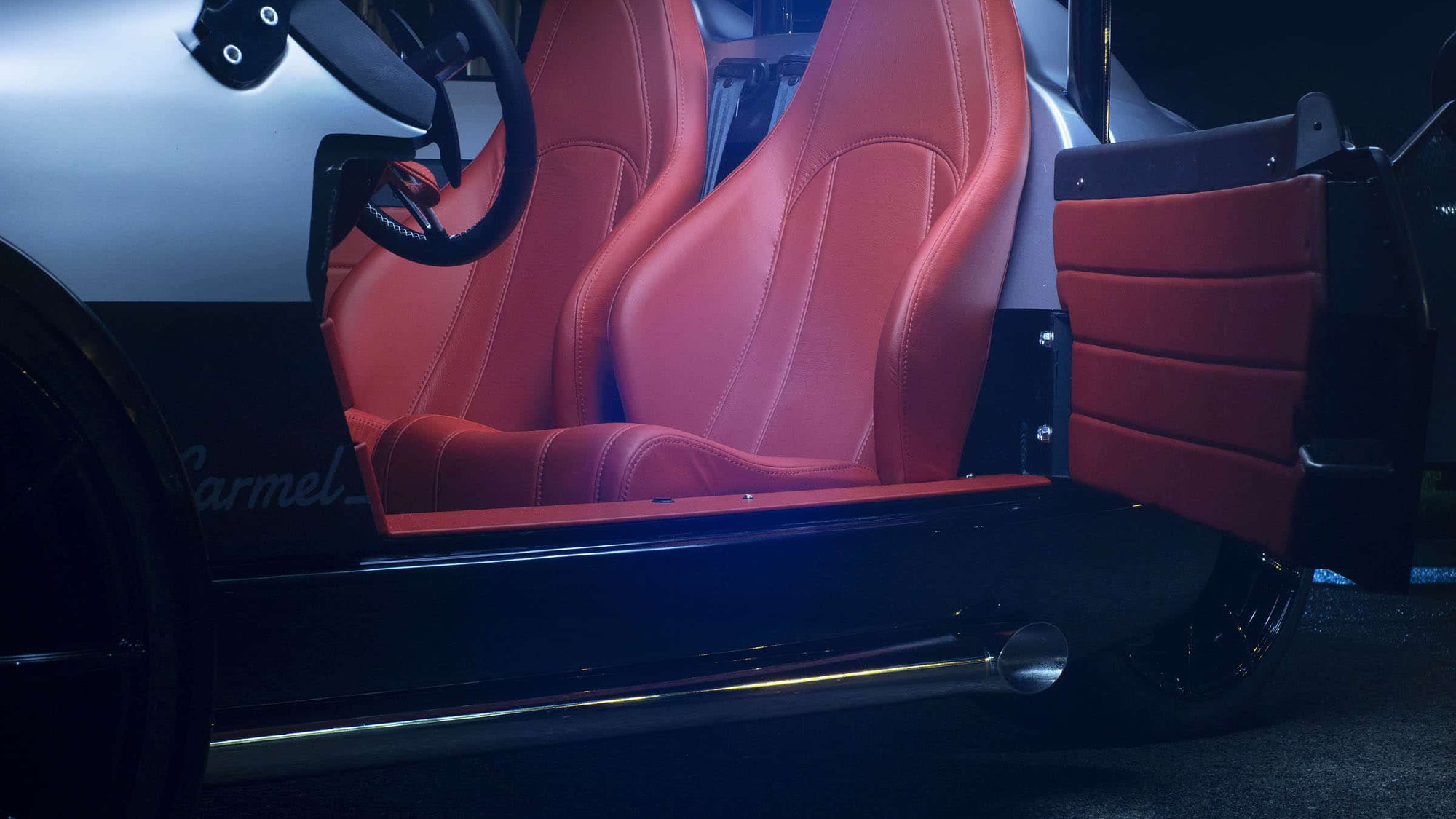 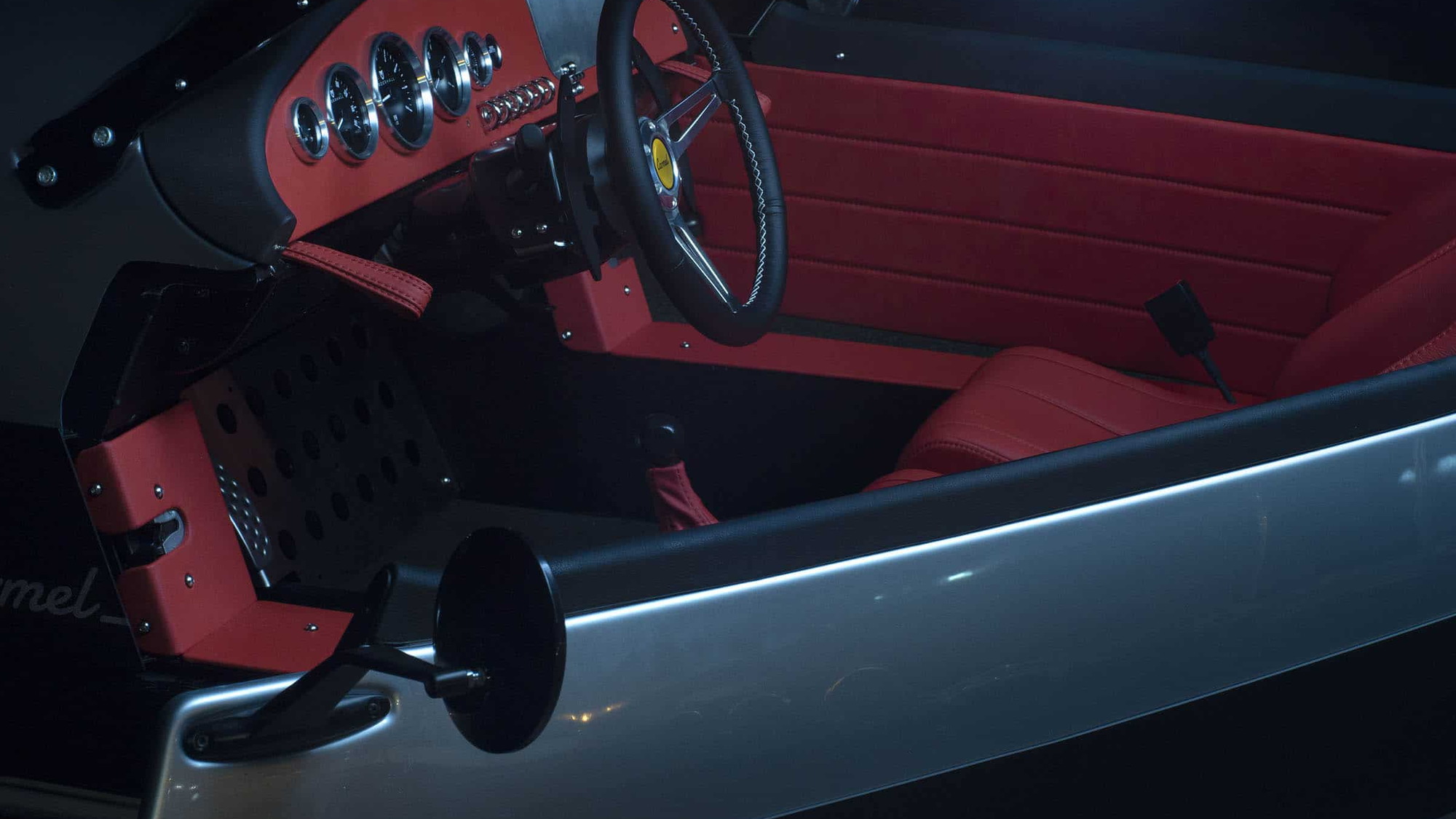 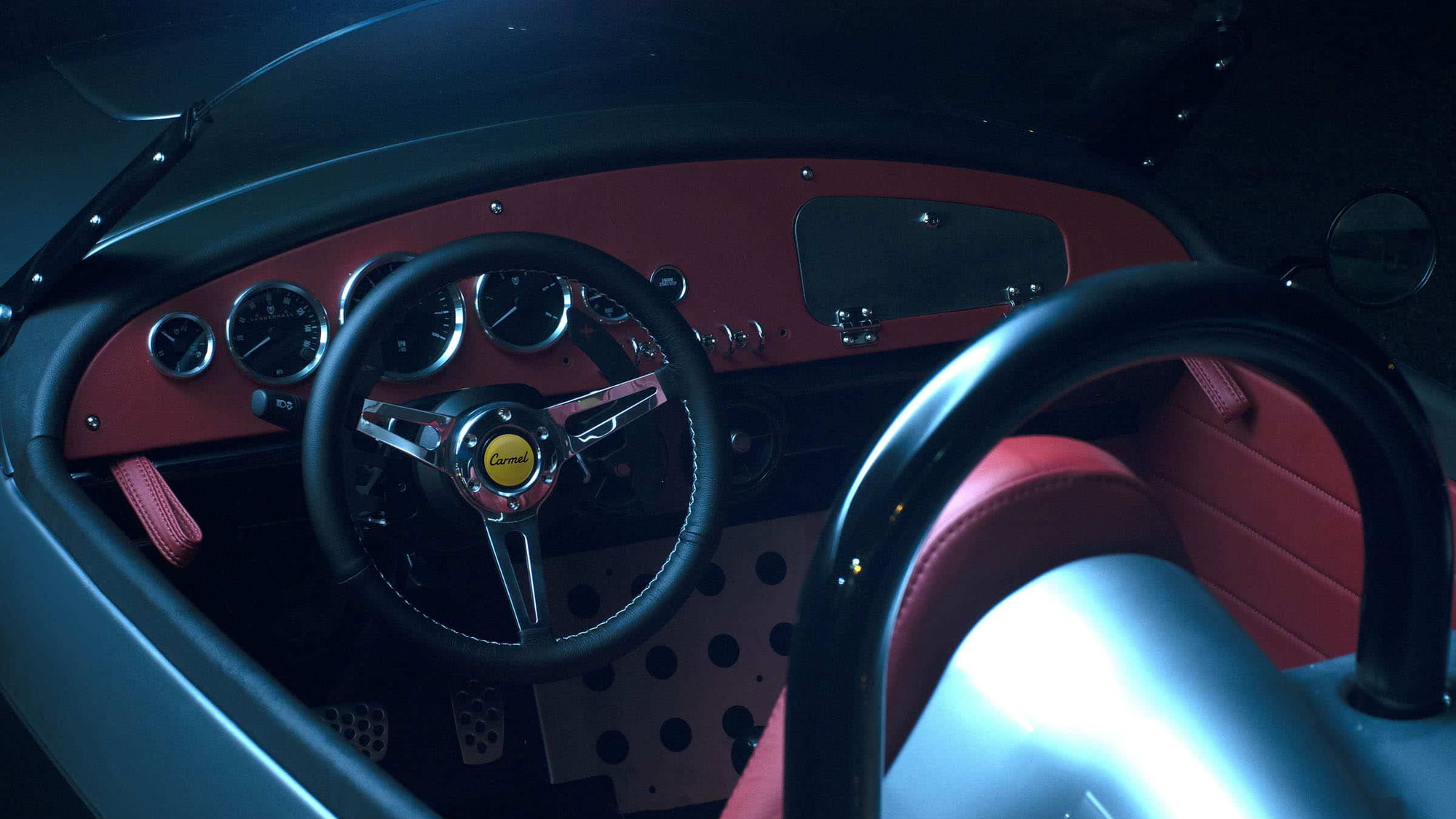 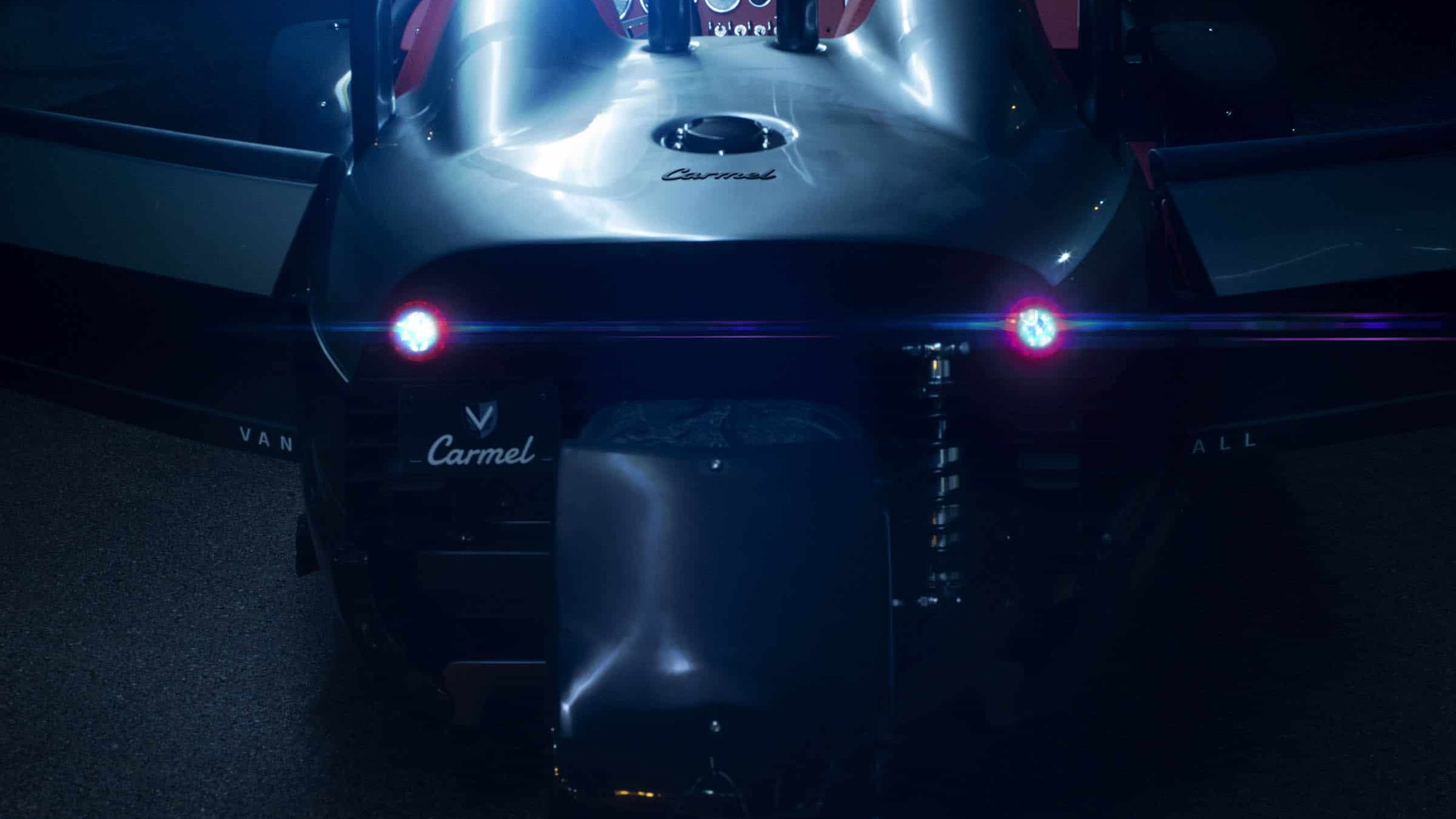 Vanderhall has a new three wheeler. The growing family of trikes now adds a model called the Carmel, and this one has a trick feature that could be quite appealing to three-wheel vehicle shoppers. Instead of low fixed side sills, the Carmel has actual doors.

Previous models from Vanderhll went the standard three-wheel vehicle route. That means two wheels up front with the third wheel set out back. The Carmel doesn't differ from that formula, but adding in the standard style doors is a unique feature in this market. Along with those doors, Vanderhall says the Carmel boasts a wider cabin for added passenger comfort and a home for a removable canvas cover. These features turn the Carmel into Vanderhall's luxury offering.

Under the hood sits a new engine for Vanderhall. In the past, the company opted to work with a 1.4-liter turbocharged inline-4 from General Motors. With the Carmel, however, Vanderhall is moving to a 1.5-liter turbocharged inline-4, which is also from GM. It's a more powerful unit and the version in the Carmel produces 200 horsepower and 203 pound-feet of torque. Like other Vanderhall models, it's backed up by a six-speed automatic gearbox.

With a dry weight of just 1,600 pounds, that's plenty of power to get the Vanderhall Carmel hustling. And it's hard to beat open-air three-wheel motoring. Still, we've found that rear-drive manual-gearbox equipped competitors offer a bit more compelling dynamic driving experience. But it's hard to beat the price and ease of use offered by pretty much all Vanderhall models. Now it's even easier to use thanks to those doors, which can allow for far easier ingress and egress.

Vanderhall has the Carmel sitting with a starting price of $39,950. That puts it at the top of the current range. The lowest priced model is the Venice Speedster, which starts at just $26,950. This also puts the Carmel $5,000 over the starting price of the electric Edison. For a customer who might otherwise struggle getting in and out of such a fun machine, the ease of use of doors will likely easily outweigh the added cost.