The 2019 Porsche 911, the so-called 992-generation car, has enthusiasts stoked for what's to come. We already know it's getting more gears and more power, and now we know every single 911 will feature a widebody design.

News of the proliferation of the widebody look across the lineup comes from Car and Driver. The move to the widebody—which normally graces all-wheel drive 4, sportier S, and Turbo models—is linked closely with chassis changes. With the change, every 911 will have a fuller rear end that is 72 inches wide. The front track grows 1.6 inches as well. The new widebody fenders are stamped in aluminum, not steel, to save between 22 and 33 pounds.

The main reason for the shift to a widebody design is traction, according to Porsche. The wider rear hips make room for tires that are 1 inch larger in diameter than on the current 911, which also raises the axle height by half an inch. August Achleitner, Porsche's VP of sports cars, said a rear-heavy car like the 911 needs a larger contact patch to increase grip at the rear. The 2020 911 should handle even better than today's car, thanks to the larger tires. 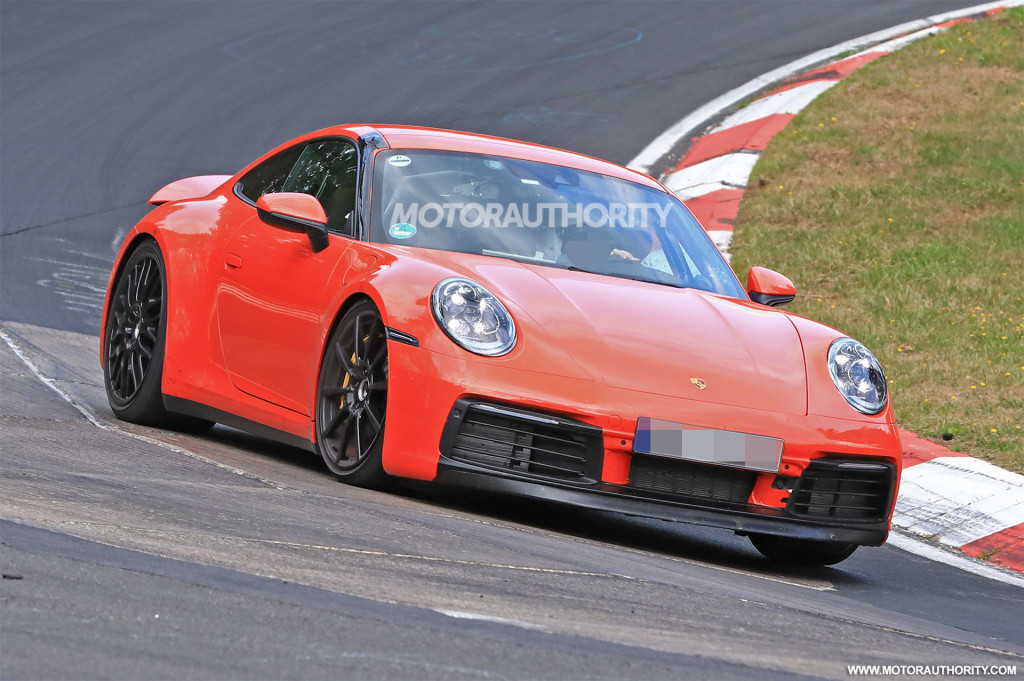 At the front, the wider track reduces load transfer from the inside to the outside of the tire during cornering, which makes for greater stiffness without turning to stiffer anti-roll bars. 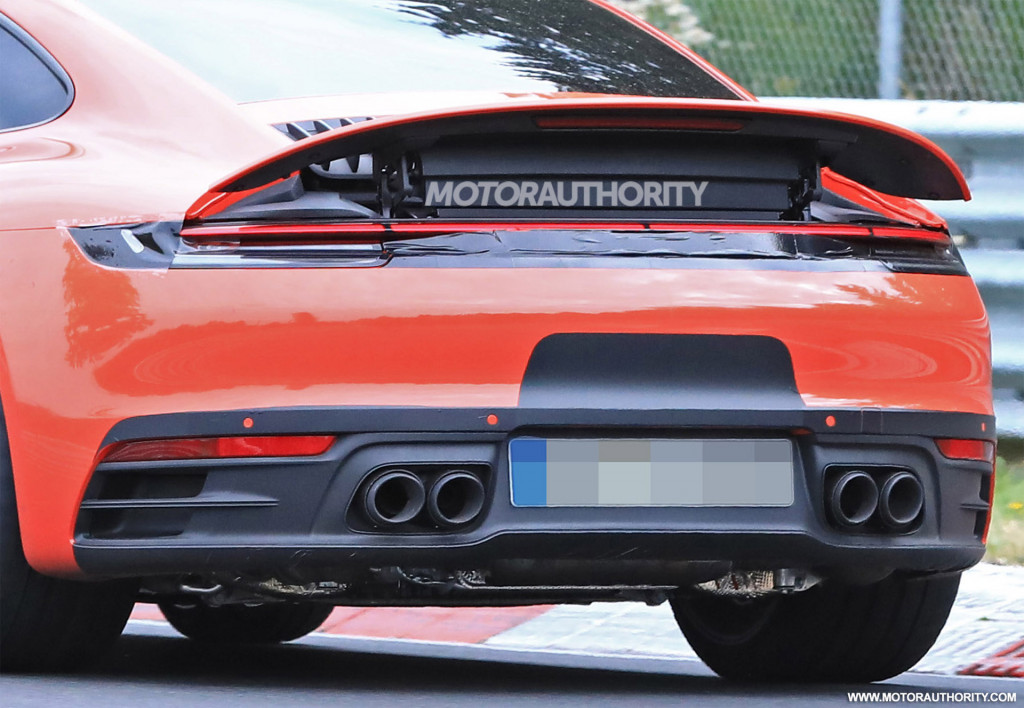 Every 2020 911 will also get a redesigned rear fascia with a light bar that spans the entire width of the rear. The look introduces a somewhat controversial expanse of black plastic to accent the rear, and after C/D's ride-along, we know the exhaust tips exiting through the bumper aren't actually connected to the mufflers.

Although we've seen the new 911 uncloaked on numerous occasions, we'll officially see the car at the Los Angeles auto show in November before it hits dealers next summer.