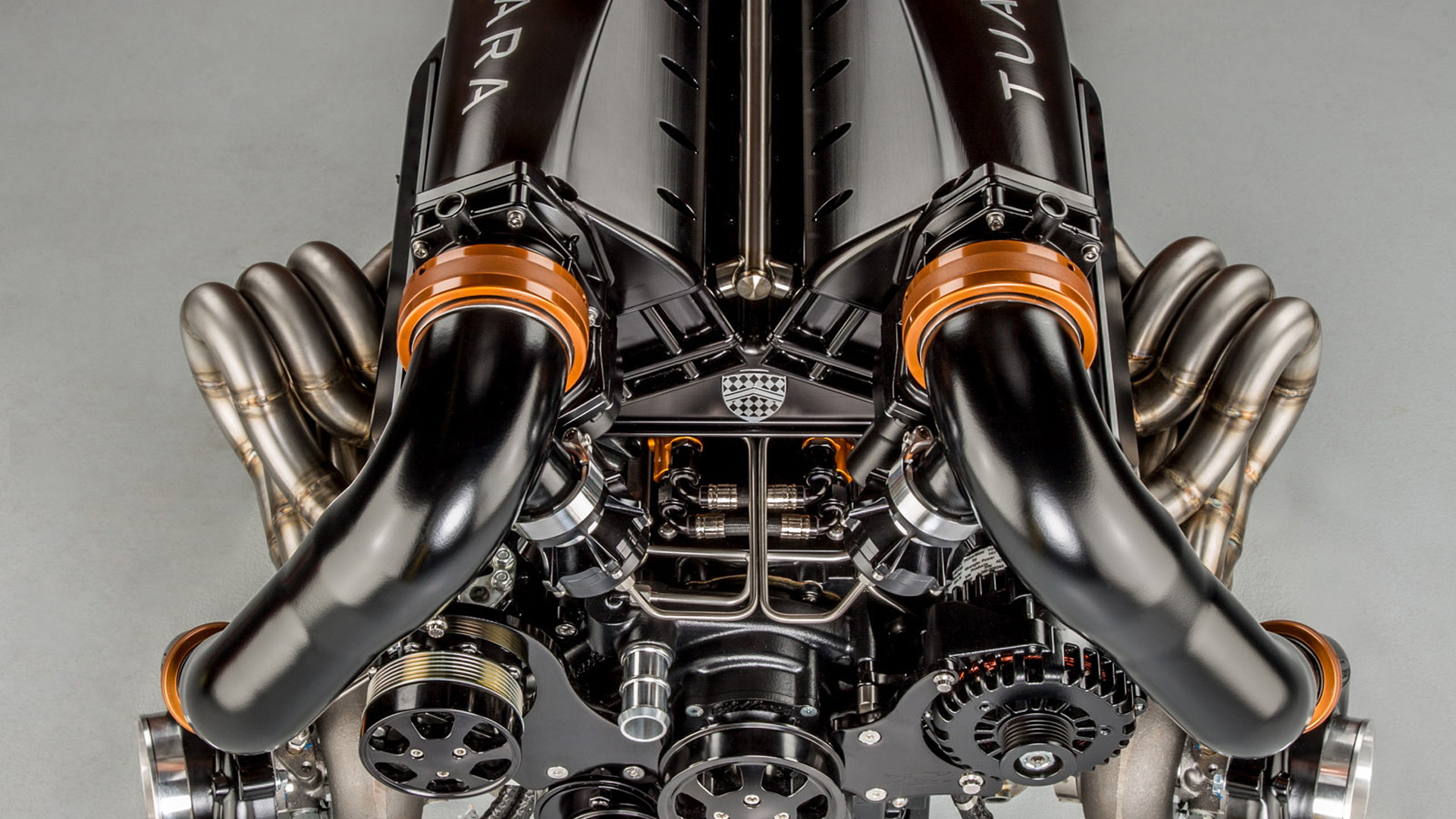 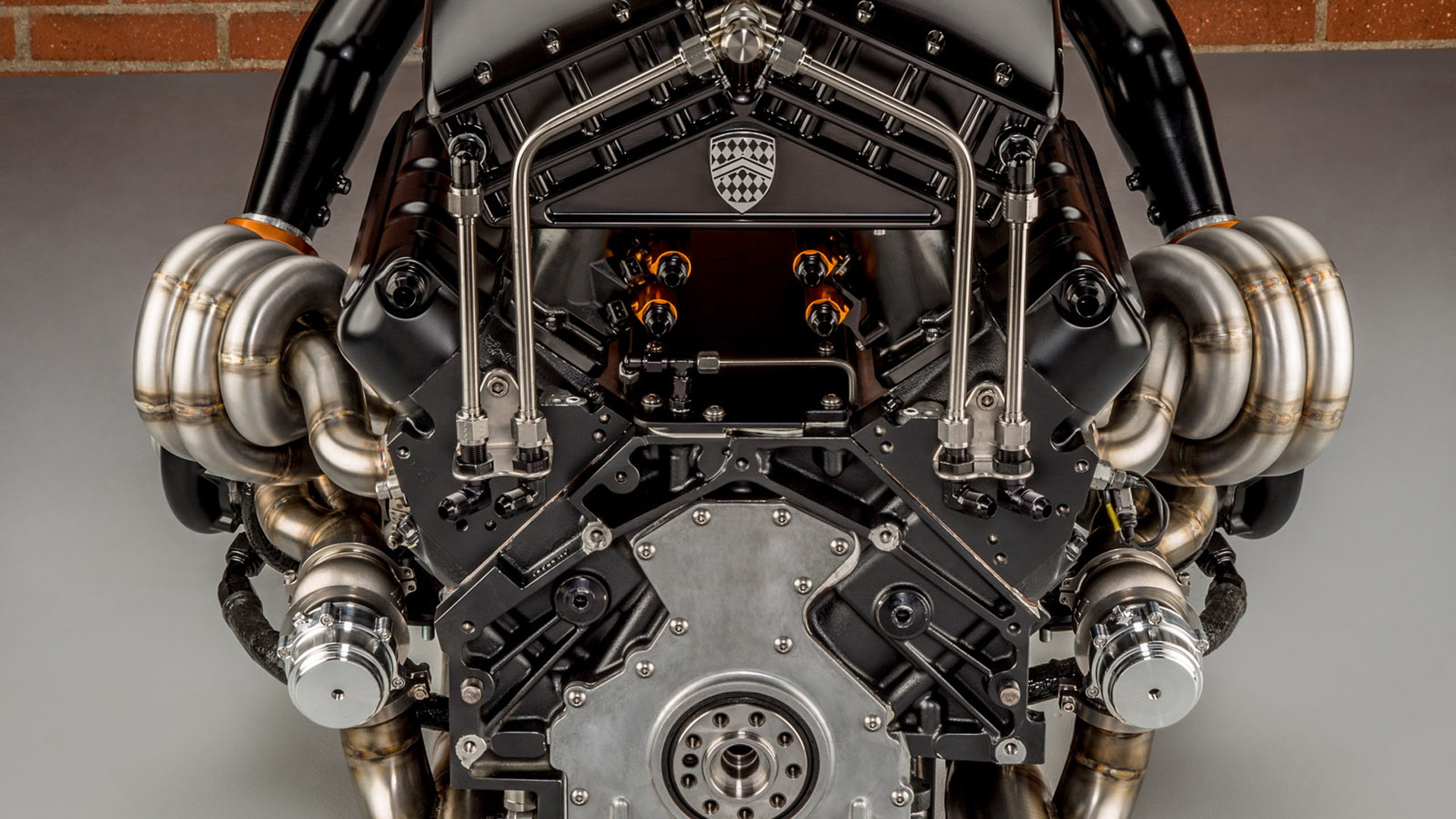 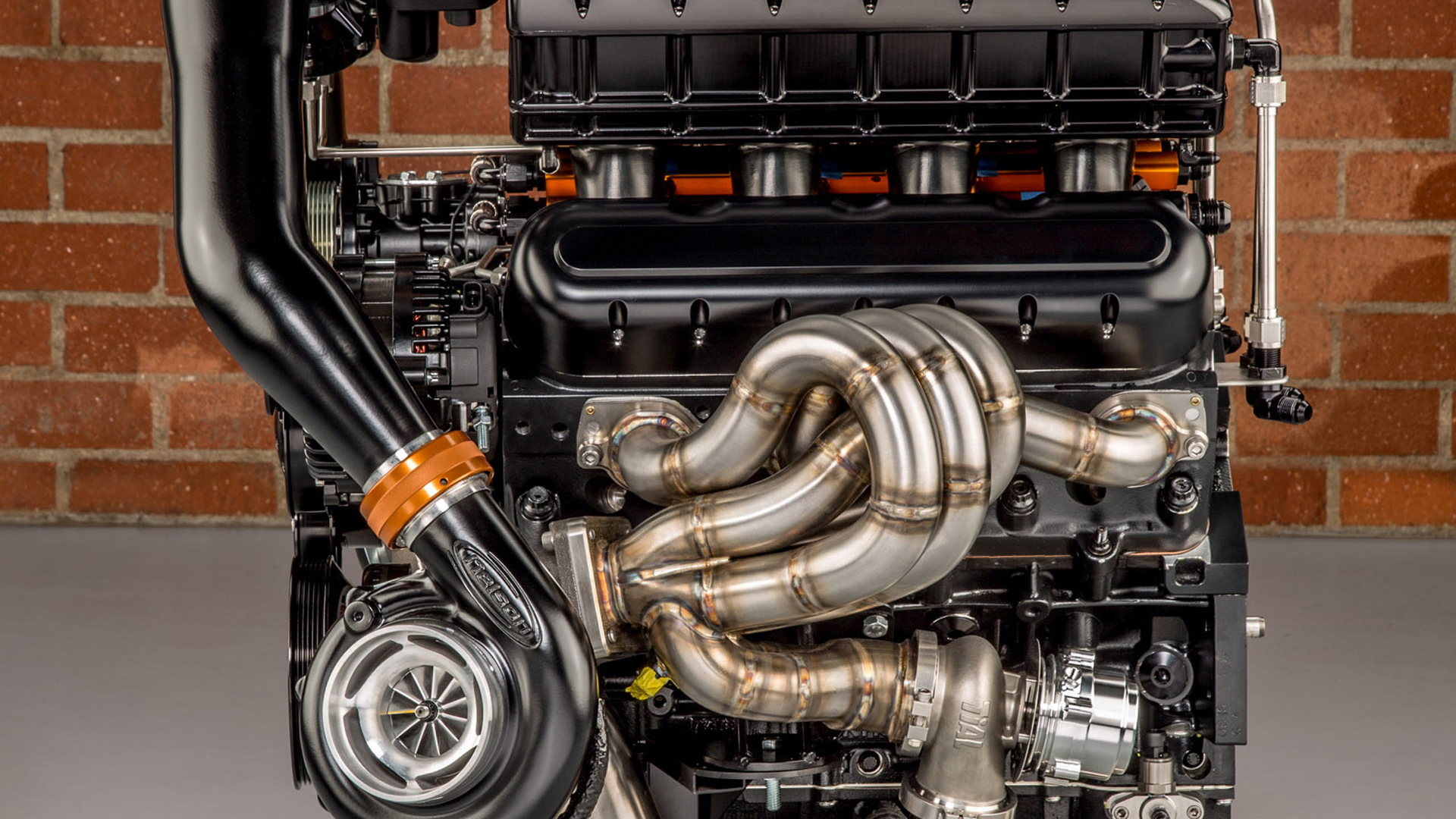 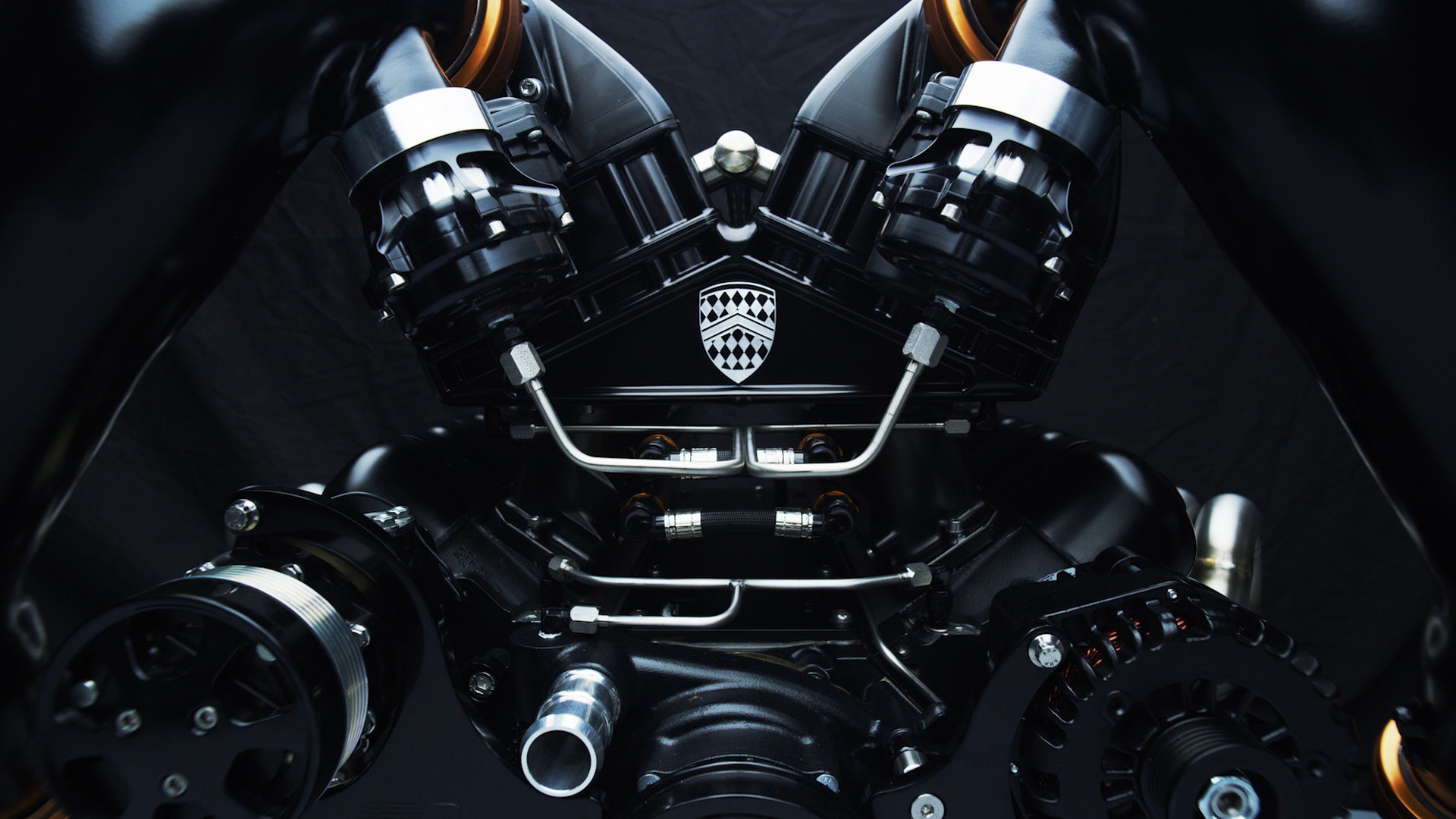 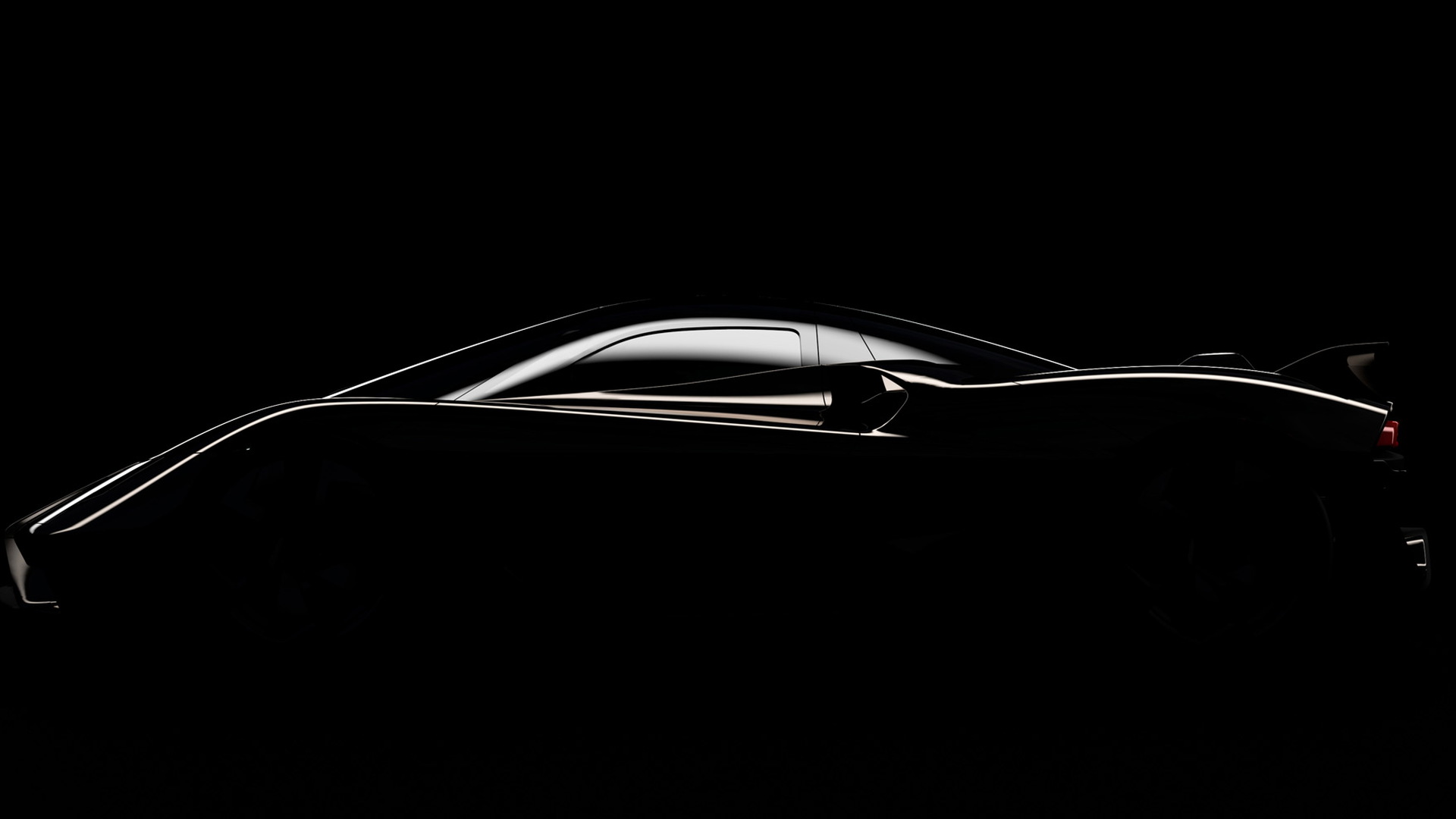 It’s been a while since we last heard about SSC North America (formerly Shelby SuperCars) and its promised Tuatara hypercar, a car that could potentially reclaim the production car land speed record for the firm.

The good news is that the Tuatara is coming, and soon. After first showing us a concept in 2011, SSC will finally reveal a production-ready version at next week's Monterey Car Week. Ahead of the unveiling, SSC has released several teaser shots as well as the first photos of the car's mighty powerplant.

All we know is that the engine is a twin-turbocharged V-8. SSC is waiting until the Tuatara's Monterey debut to reveal the juicy specs but the company says the performance specifications far exceed what the engineering team originally set out to achieve.

SSC in 2013 said the Tuatara will come with a 7.0-liter twin-turbocharged V-8 delivered in partnership with Nelson Racing Engines. The engine was said to be good for 1,350 horsepower and 1,280 pound-feet of torque, or enough to see the Tuatara deliver 0-60 mph acceleration in 2.5 seconds, a quarter mile ET of 9.75 seconds, and a top speed of 276 mph.

Given SSC's latest comments on the performance specifications of the Tuatara, we could be looking at some seriously insane numbers.

SSC also says the Tuatara should outperform other hypercars competing for top speed and all-around performance. That means you can bet SSC will be gunning to smash the 277.9 mph production car land speed record set last year by a Koenigsegg Agera RS.

The covers are due to come off the Tuatara at Peter Hay Hill on August 24 at 5 pm Pacific Time. The car will also be present at Concorso Italiano and Exotics on Canary Row on August 25 before an official presentation at the prestigious Pebble Beach Concours d’Elegance on August 26.

For our complete coverage on Monterey Car Week, head to our dedicated hub.