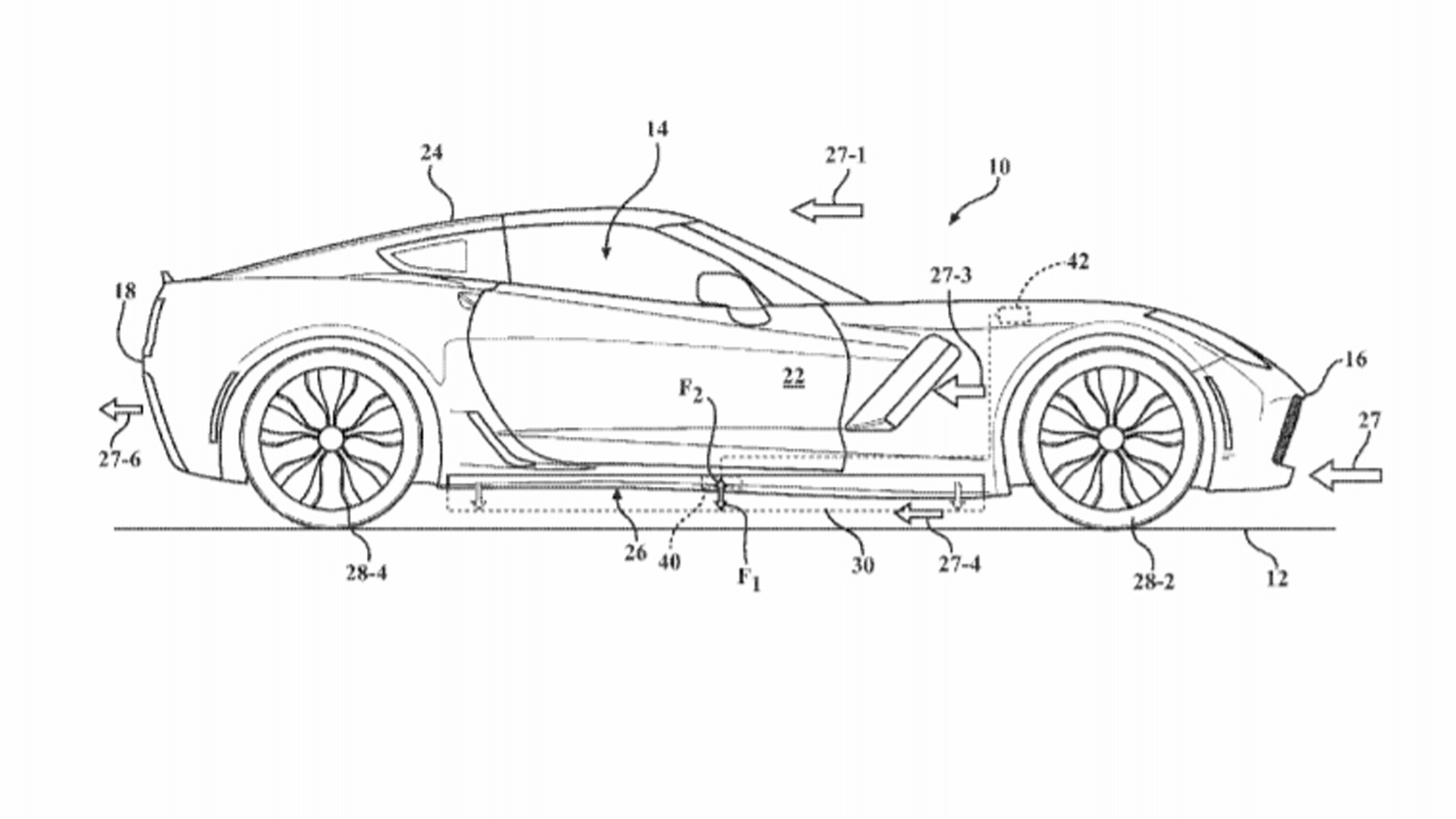 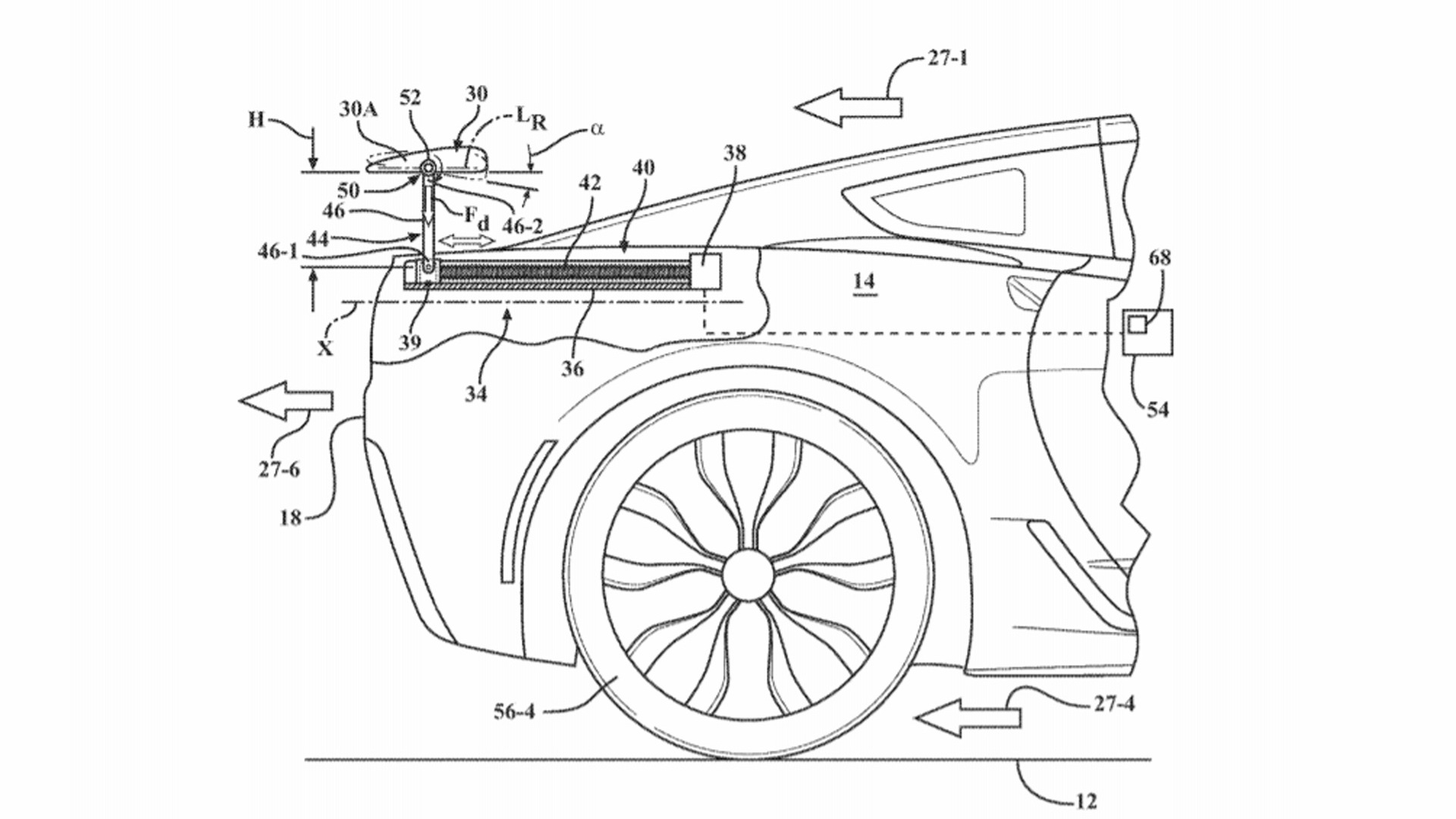 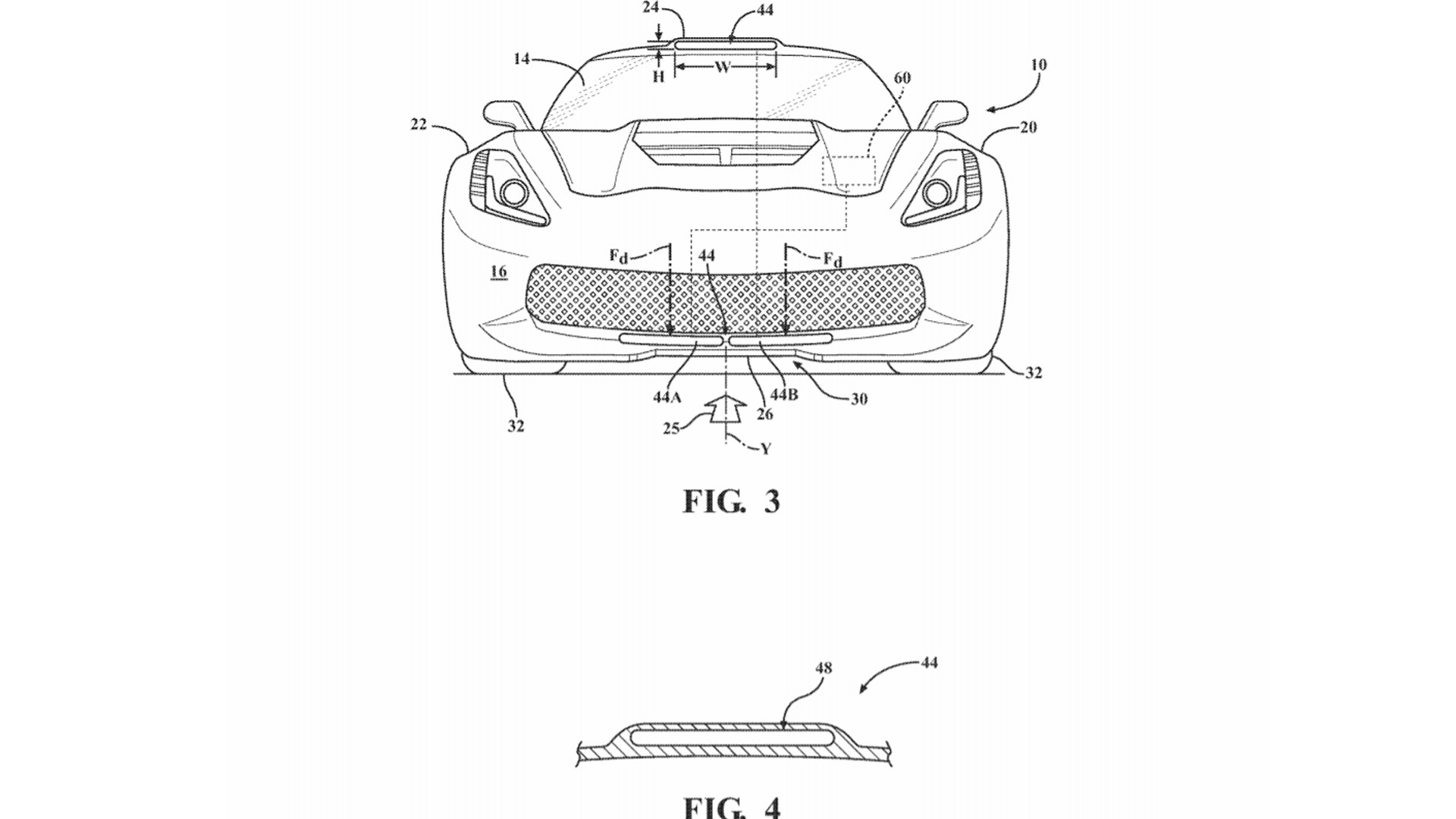 General Motors has been busy filing patents for new aerodynamic elements that might feature on the automaker's future cars, namely the C8 Chevrolet Corvette due next year.

Three new patents have been discovered on the United States Patent and Trademark Office by Corvette Blogger, and while the patents feature a mockup of the current C7 Corvette in their explanations the technology they protect could potentially be used on a wide variety of models.

The three patents are for Active Side-Skirts, Active Spoilers, and Downforce Generating Ducts.

The Active Side-Skirt is used to adjust drag of turbulent air on the side of a vehicle based on the current speed. Metrics such as the rotating speed of the wheel as well as the speed of the vehicle relative to the road surface are measured and the side skirts then extend or retract to suit the conditions.

The Active Spoiler is an adjustable spoiler that can not only vary its angle and height but also its position relative to the longitudinal axis of the vehicle. Here, metrics such as speed, yaw rate, and the angle of steering wheel will determine whether the spoiler is positioned for more downforce or less drag.

The Downforce Generative Ducts are fairly self explanatory. In its patent, GM positions the entry ducts in the front lip of the vehicle and on the roof.

The new patents follow the discovery of a patent last year filed by GM for an aero setup that adjusts itself based on the pitch, roll, ride height and even steering wheel position of a vehicle.

Though it's impossible to tell whether GM plans to put any of these technologies into production, it's clear the automaker is looking seriously at active aerodynamics as a way to boost performance of its cars.